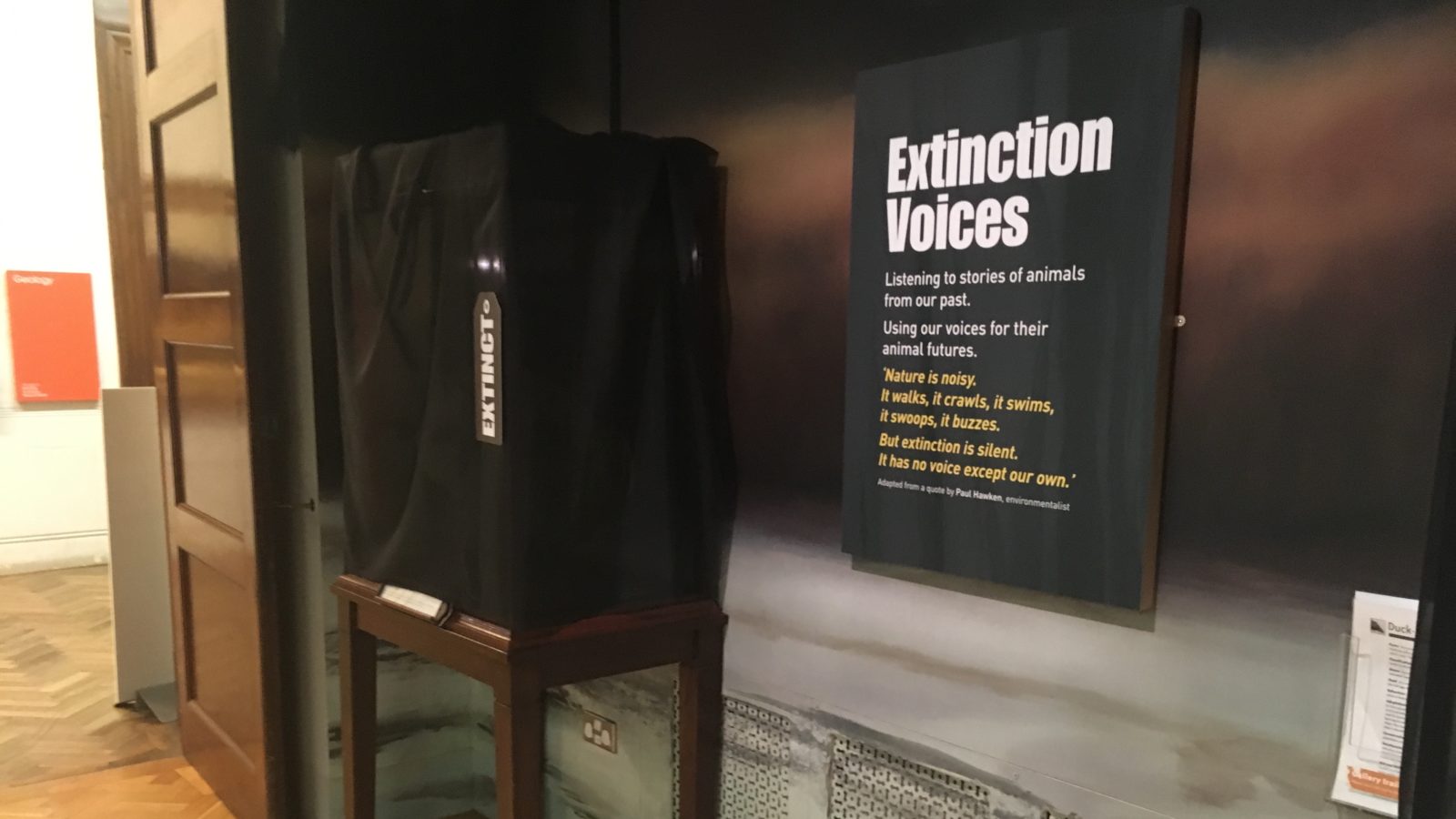 Black mourning veils have been draped over more than 30 animals within the World Wildlife gallery at Bristol Museum.

The taxidermied animals covered in the veils are either endangered or already extinct, with their plight being highlighting the severity of the dangers animals on Earth are facing.

Animals covered in the veils are either endangered or extinct

The exhibition, named Extinction Voices, comes after a report by the Intergovernmental Science-Policy Platform on Biodiversity & Ecosystem Services (IPBES) talking about the effects of humans on nature.

The report stated that one million animals are endangered because of humans and many are threatened with extinction within decades.

The name Extinction Voices is adapted from a quote by environmentalist Paul Hawken: “Nature is noisy. It walks, it crawls, it swims, it swoops, it buzzes. But extinction is silent. It has no voice except our own.”

This sobering line matches the mood and tone of the exhibition. When Bristol24/7 visited on the second day of the exhibition, the gallery was full of quiet but shocked voices as the severity of the issue dawned on visitors.

The 32 animals veiled include a tiger, rhinoceros, hippopotamus, giraffe and macaw.

The gallery’s most famous resident, Bristol Zoo’s former star attraction Alfred the western lowland gorilla who died in 1948, is also now covered in a veil. 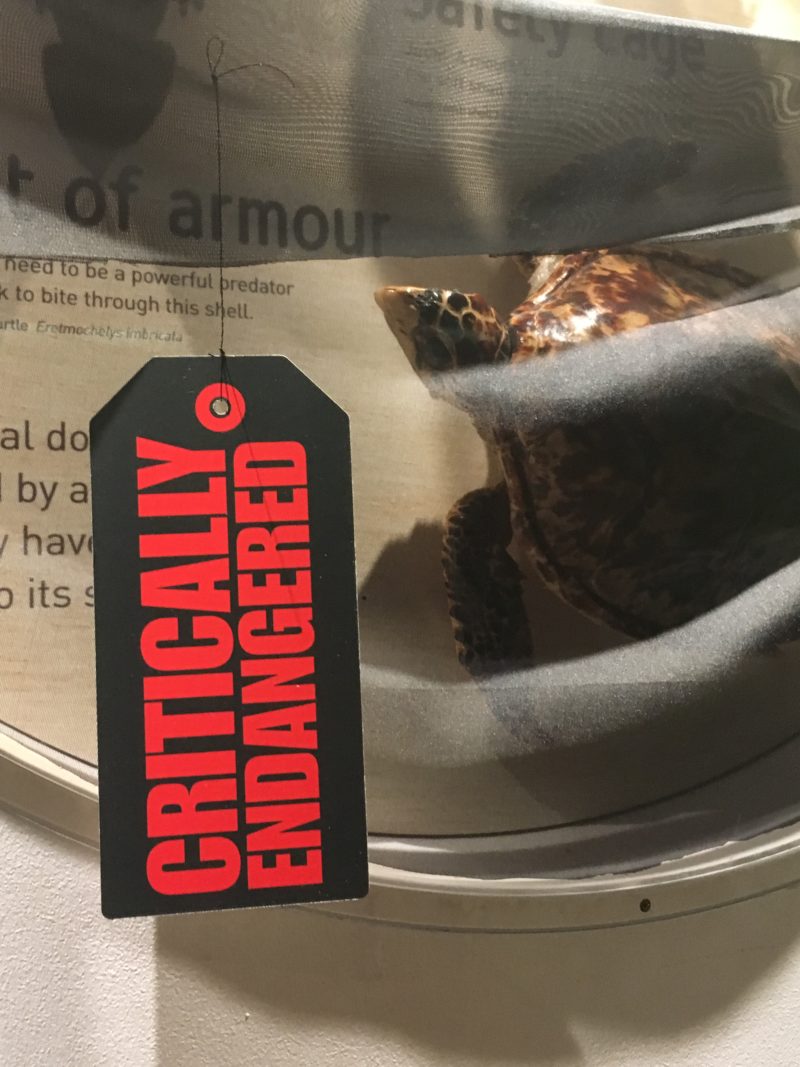 Animals in the exhibition are labelled endangered, critically endangered or extinct

The exhibition also includes new information on some of the veiled animals, including a tiger that was killed by King George V in 1911.

This side of the exhibition was inspired by a group of schoolchildren from Freshford Church School in Bath who wrote letters to the museum, one asking “Why is this tiger not receiving the respect it deserves and telling its story?”

The information aims to highlight the threats the animals have faced and still face in hopes of reducing them. 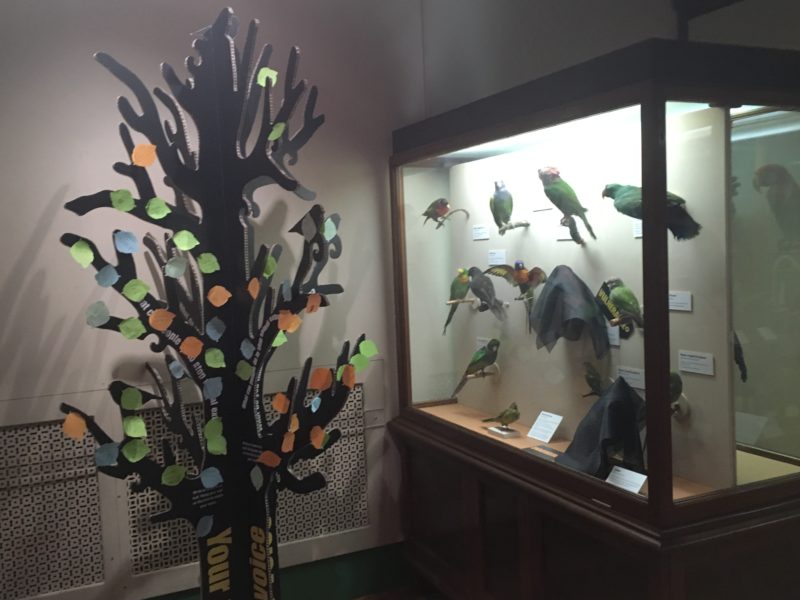