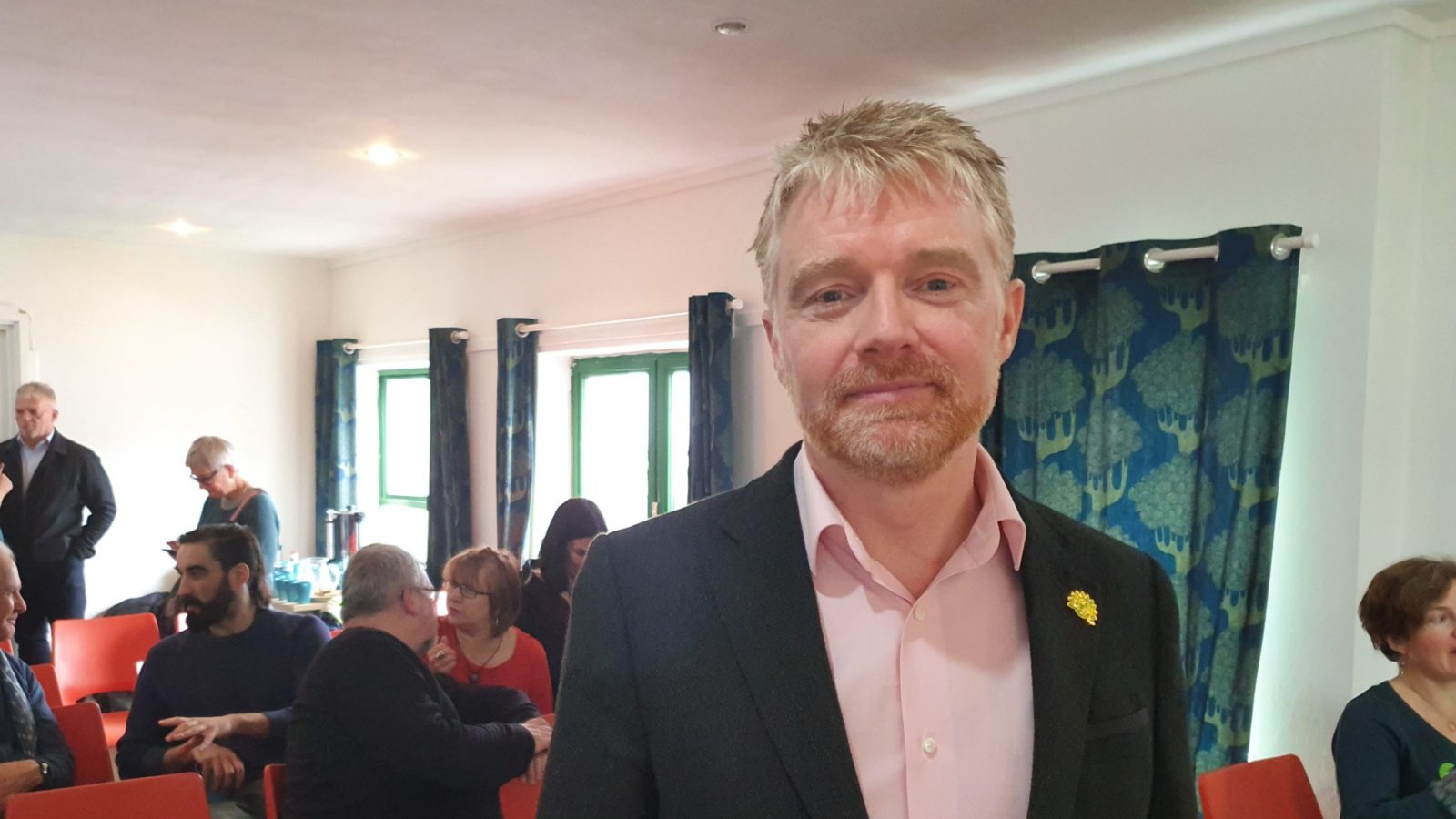 Bikes locked to every available post outside Easton Community Centre provided a hint at the number of Green supporters inside for their party’s mayoral campaign launch.

More accurately, Sandy Hore-Ruthven chose to focus on just one key pledge on Wednesday, March 4 – a promise to build 2,000 council homes and retrofit the existing stock of 27,000 houses to reduce carbon emissions by 75 per cent.

The Green Party candidate running to be mayor of Bristol in the election on May 7 will stand on a ticket of creating a “fairer, greener city” as he vows to get Bristol moving and tackle the major problems of homelessness and climate change.

A full manifesto for “action and change” will be launched in early April, but Hore-Ruthven says he wants to be clear about what the Greens stand for, which is why he is announcing individual pledges first.

It is coming up to 18 months since Hore-Ruthven first announced his intention to stand for the directly-elected position and he says he has spent that time speaking to people in communities across the city and listening to the challenges they face.

Addressing the group of supporters and some residents gathered with cups of tea and biscuits in an upstairs room of Easton Community Centre, the mayoral candidate said:

“My first pledge is to tackle two of the biggest problems we face: climate change and homelessness. Climate change can feel far off, but homelessness is something we all see every day. A walk through our city centre is enough to see the ever-increasing numbers of people sleeping rough on our streets.”

He told the story of a young man he met who was forced to sleep rough in Castle Park, and his subsequent struggle to get secure housing, and also an elderly couple who worked their whole lives but fell on hard times because of a pension scam.

Hore-Ruthven continued: “Behind these two stories are another 13,000 on the council waiting list and many more in vulnerable homes. 1,000 children were in B&B’s over Christmas. This is not OK in 21st Century Bristol – and whilst we can blame national government policy – Universal Credit, right to buy, lack of investment, funding cuts – we must do everything we can.

“Despite the growing numbers of homes being built by the private sector the number of affordable homes is only half the labour target. If the private sector will not build us out of the problem there is only one solution. If you elect me as mayor, I promise you I will build new council homes and insulate the old.”

Excited to hear @sandyhruthven pledge 2000 new council homes and to insulate all existing ones @bristolgreen pic.twitter.com/UK51RMZHsk

Speaking after the launch, the Green mayoral candidate told Bristol24/7 he is confident of delivering on his pledge to build 2,000 council homes through a mixture of the council’s own housing company Goram Homes and working with housing associations, partners and private sector developers.

He admitted that retrofitting all 27,000 council homes will be expensive but says it will be possible to borrow money against existing council housing stock. Hore-Ruthven added: “In order to meet that 2030 target, we will also be banging on the door of central government, that’s why we are starting now, ten years in advance.” 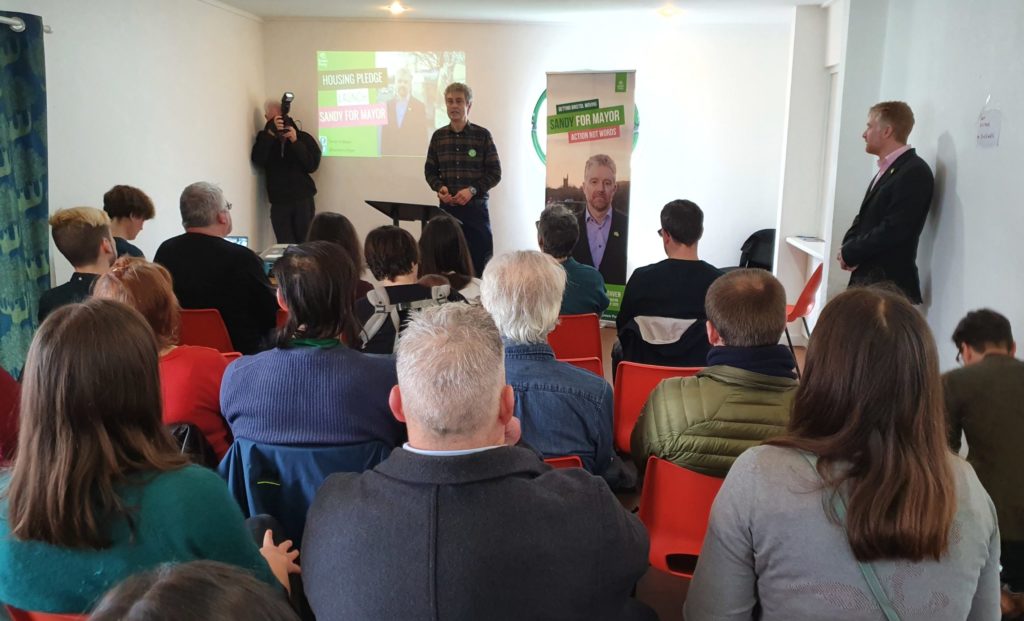 The Bristol mayoral elections take place on May 7. Bristol24/7 will have extensive coverage of the campaigns and interviews with each of the candidates in the run up to polling day.

Read more: ‘It is only now that the voices of the young are being heard’