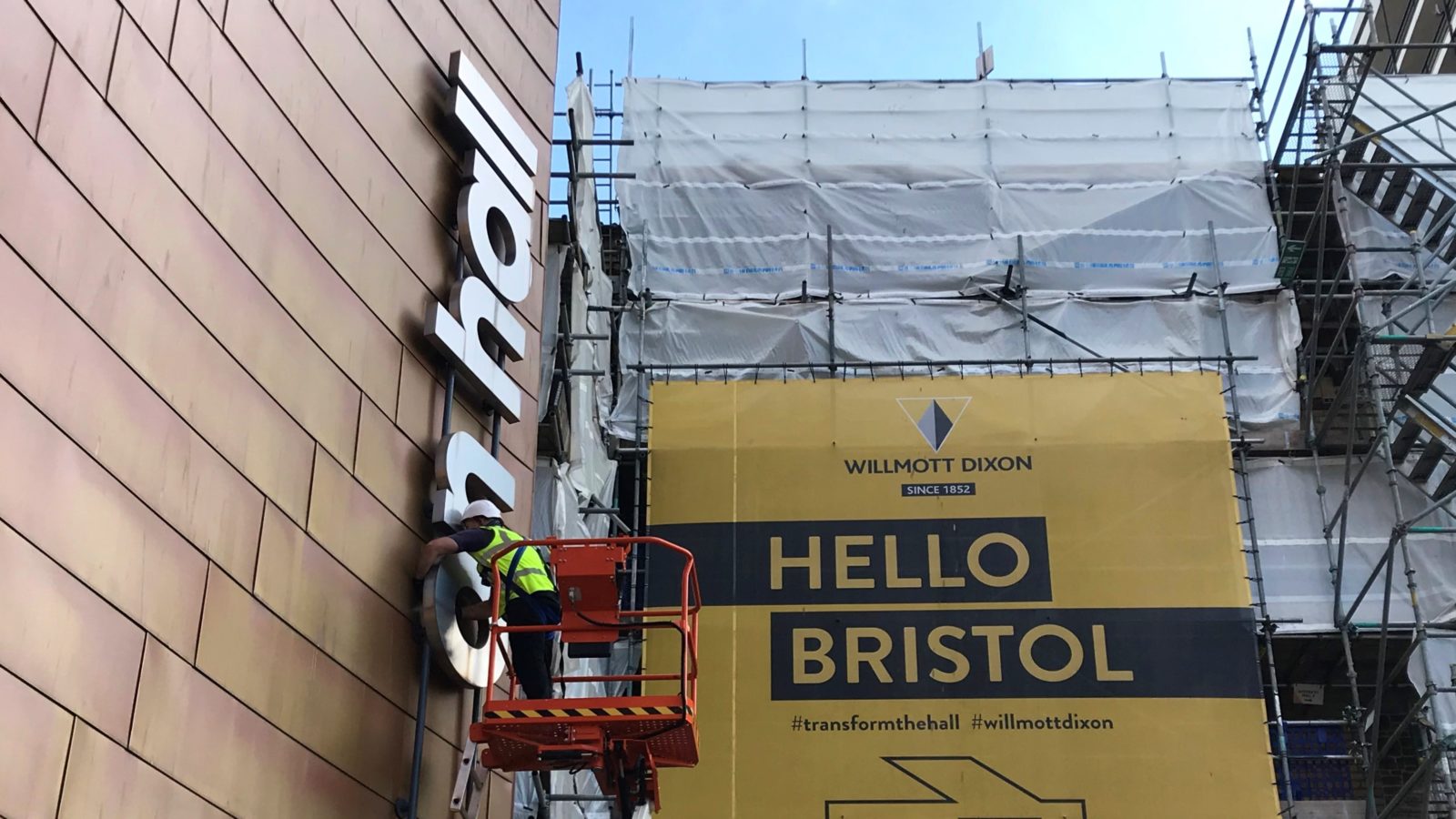 Workmen in hard hats and hi-vis jackets started the engine of a cherry picker soon after 7am on Monday morning.

It marked the beginning of the removal of the signage from the exterior of one of Bristol’s most-loved cultural institutions, as the Colston Hall follows its near neighbour the Colston Tower by removing references to a slave trader from its building.

Some of the lettering will be used “in creative ways” as part of the heritage interpretations within the new building, which has suffered a succession of major new blows.

In April 2017, the Colston Hall’s chief executive Louise Mitchell said that she would no longer refer to the venue as the Colston Hall as she announced it would have a new name when it reopened after its £50m refurbishment.

But it took for Edward Colston’s statue to be toppled from its plinth for Mitchell and other Colston Hall bosses to decide that the signage on the building needed to be removed as they also announced that a new name would be revealed by the autumn.

Speaking to Bristol24/7 as the signs were removed from the hall on Monday morning, Mitchell said that the removal of the lettering “shows a tangible move forward in our renaming project”.

She said: “It’s a moment that we have always been planning for. In light of last week, it showed us that we wanted to do something demonstrable.” 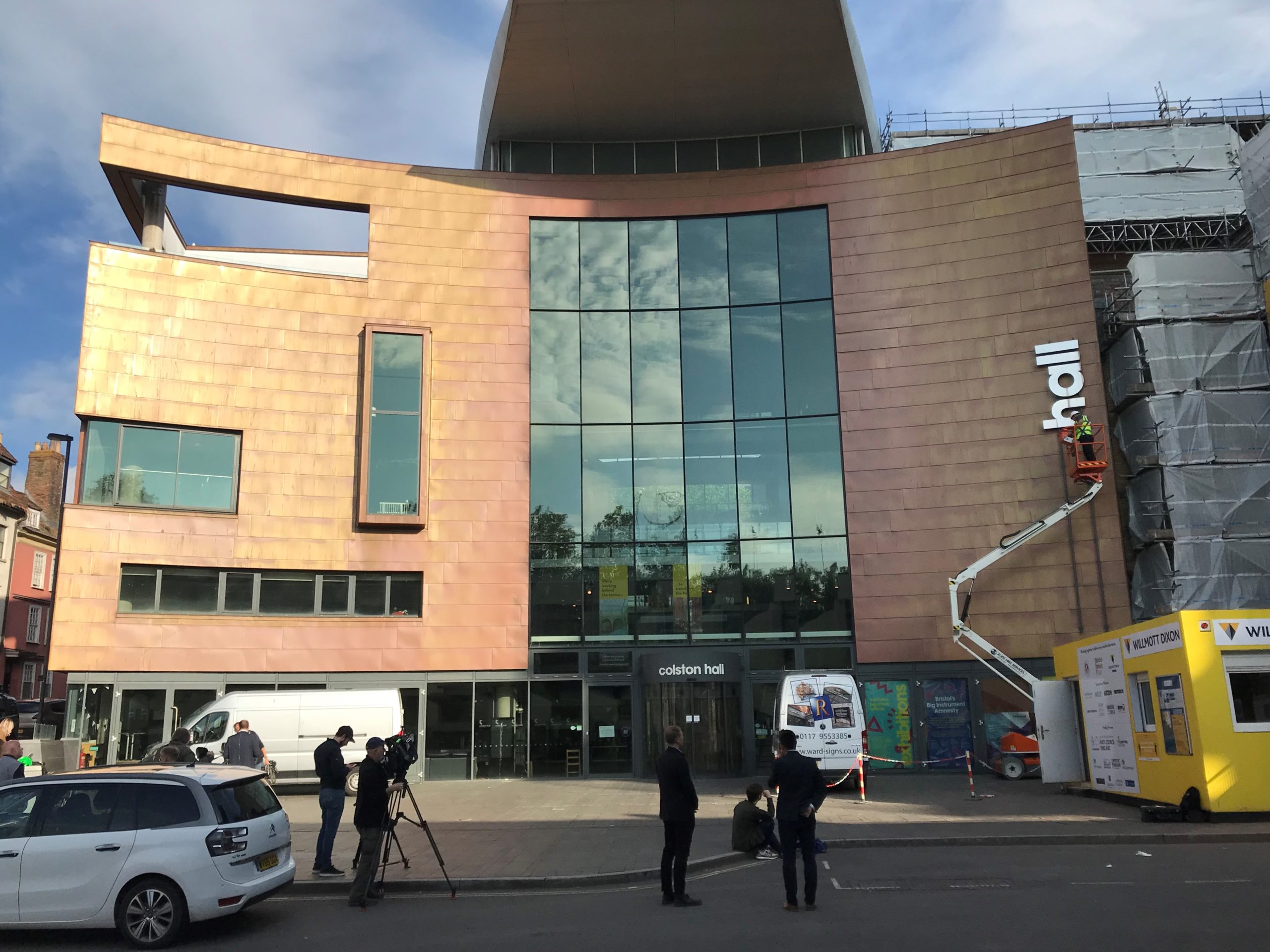 In a statement, Bristol Music Trust, the charity that runs the Colston Hall, said that the removal of the lettering from the outside of the building “is just one step on our road to announcing a new name for the venue in autumn 2020”.

The statement said: “We have taken this action as a symbolic moment and a public demonstration of the commitment we made three years ago to change our name.

“The name Colston has been divisive for many years and we have personally experienced strong views from both sides since our declaration in 2017 that we would be changing.

“We have worked hard since then to understand the issues involved and consult widely to find a new name. We believe we are here to share the unity and joy that music brings us.

“The hall was built 150 years after Colston’s death and not founded with any of his money. We cannot continue to be a monument to his memory.

“We have no wish to forget the past, but when we reopen our redeveloped building as one of the best arts and educational venues in the country, it must be as a place that is welcoming to everyone.

“There is more to be done before we can announce our new name, and many of the actions that will follow won’t be so public. But today marks a big step on our journey and we are excited and hopeful as we look to our future.” 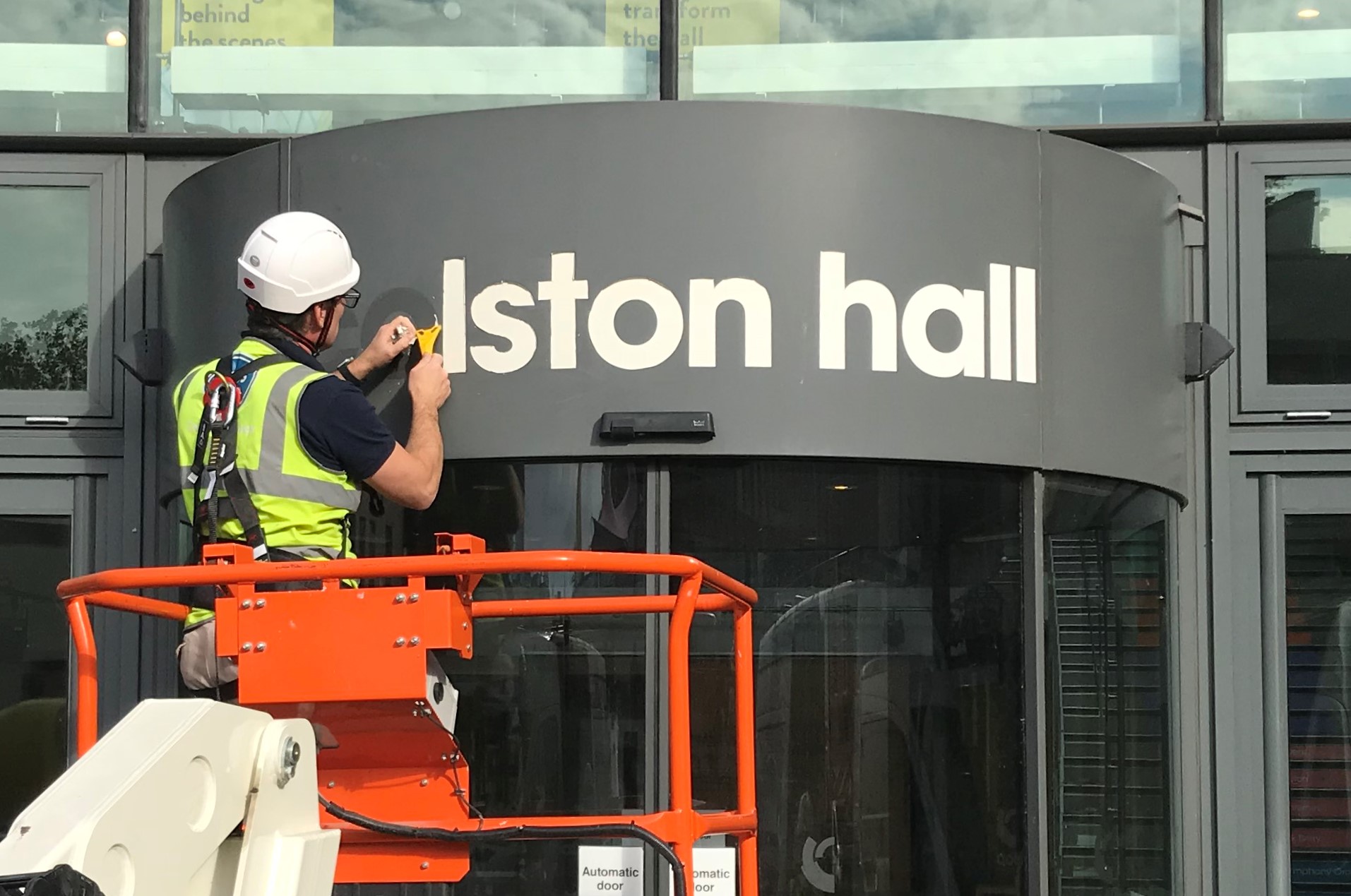 The removal of the lettering comes as the £50m refurbishment of the Colston Hall has suffered a succession of new blows, sending delays and costs spiralling.

The coronavirus pandemic has caused fresh setbacks, while the building’s Victorian structure has been deemed “close to our worst-case scenario”, a report has revealed.

More asbestos has also been found and new archaeological discoveries still being made at Bristol’s largest concert hall, with the scale of the delays and additional costs still being assessed but the problems already halting the design process.

The site is currently operating at 75 per cent capacity due to supply chain partners furloughing staff, and building material suppliers are only delivering to critical construction projects such as hospitals – which is further adding delays and costs to the project.

Work to restore the Colston Hall has continued despite the coronavirus lockdown, with construction firm Willmott Dixon saying it was deemed “essential”. 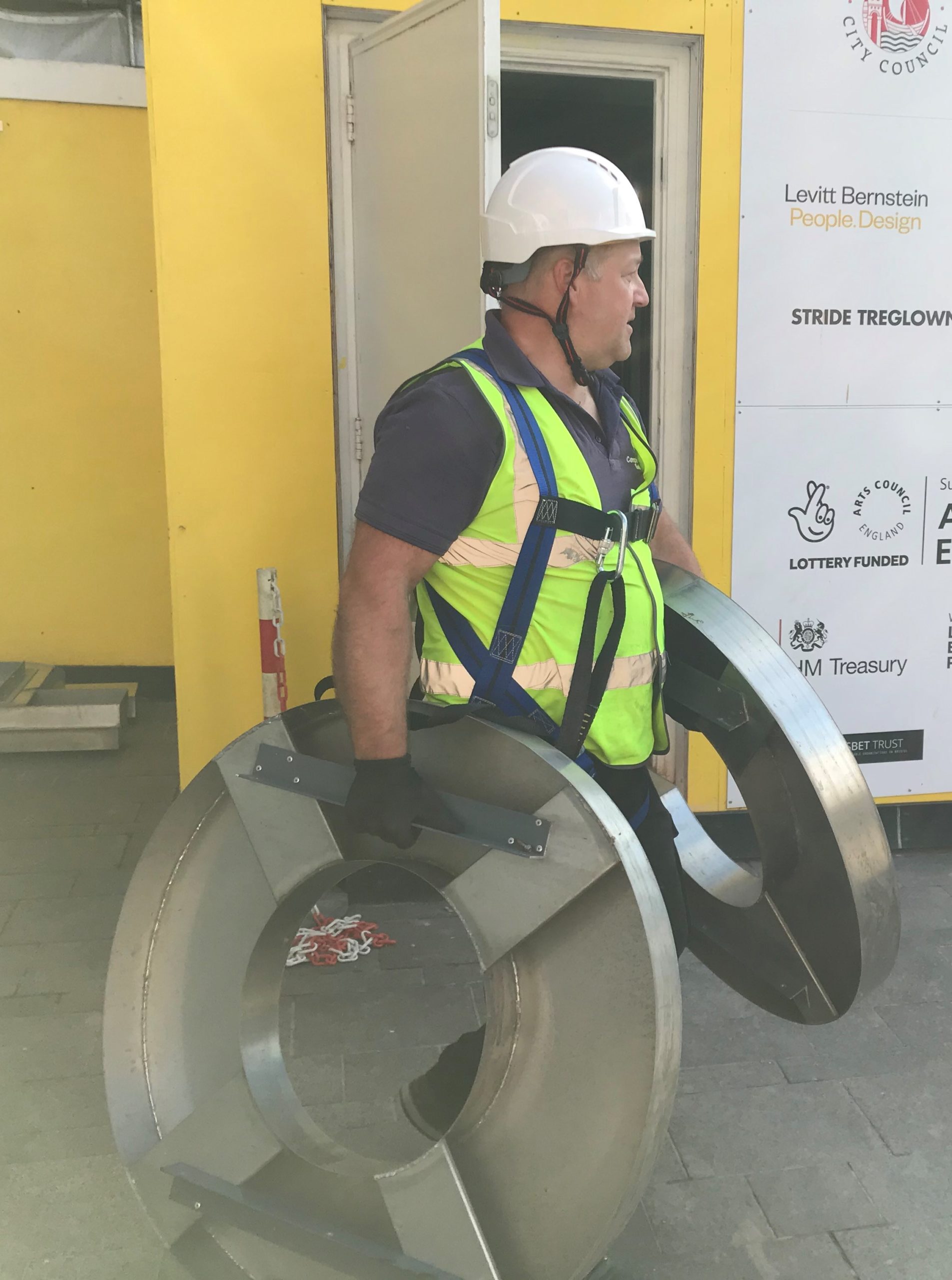