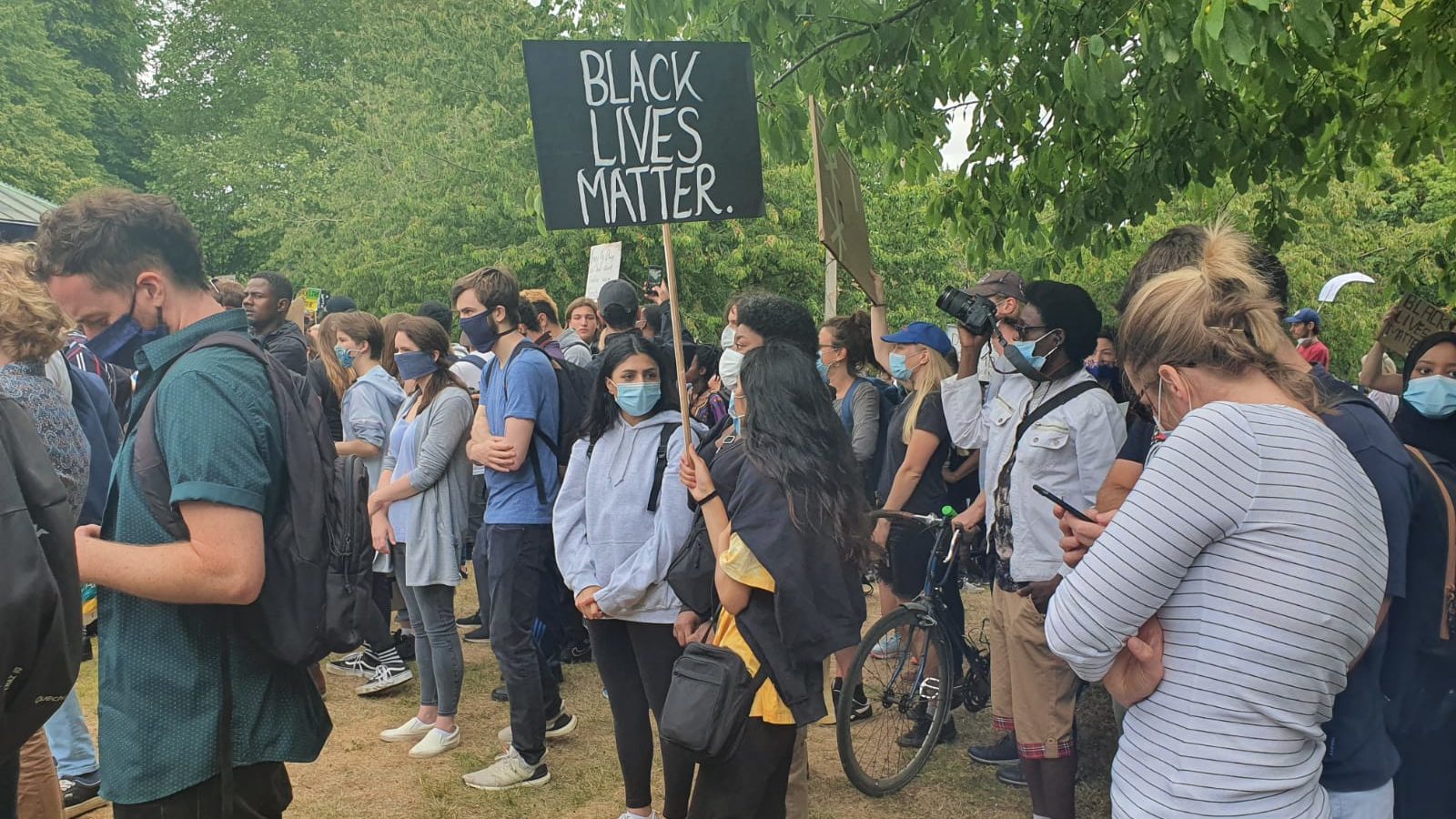 Organisers of Bristol’s All Black Lives movement have thanked people for their ongoing support as they prepare to march through the city centre once more.

It’s two months since some 10,000 protestors turned out to take a stand against racism and inequality, going on to make headlines around the globe because of the historic toppling of Colston’s statue from its plinth.

It was a moment that has sparked discussions across the city and beyond, but the small group behind All Black Lives Bristol are determined to keep up the momentum and move beyond talk and symbolic gestures to instigate lasting change.

They are inviting people to turn out once more – provided they take all necessary Covid-19 precautions – for a peaceful protest that will take place on Sunday, August 16 from 2pm on College Green, where black speakers will take to the stage before a march through the city centre, ending in Castle Park.

An estimated 10,000 people turned out for the Black Lives Matter protest in Bristol in June – photo by Phil Riley

Speaking ahead of Sunday’s event, the team of five organisers said: “We want to say a massive thank you, from the All Black Lives Bristol team, to everyone in and around Bristol who have shown a continuous amount of support and love towards our efforts to uplift black voices. Thank you to everyone that’s shown up to protests, donated, spoken and volunteered; without your help, we wouldn’t have been able to have the important discussions we’re now having in Bristol.

“This Sunday, we’re returning to College Green to meet at 2pm, before we march past the plinth, through Broadmead, and end at Castle Park. There, we will be inviting up some more volunteer speakers to share their words. Once again, we only encourage those who feel in a safe enough position to attend the protest, and those that do please come prepared with PPE and dress appropriately for the weather.

“We’d just like to stress, again, that this is a peaceful protest and we ask all that attend, especially non-black people, be respectful of the space.”

Since the mass protest in June, the Bristol contingent of the national All Black Lives UK organisation has organised another peaceful demonstration in Eastville Park. They have pledged to keep on protesting regularly so that black voices are heard and action is taken.

A fundraiser has been launched to help cover the costs of hosting the protest. Find out more information about Sunday’s event via www.facebook.com/allblacklivesbris.

Read more: Meet the team behind an anti-racism march that put Bristol in the spotlight