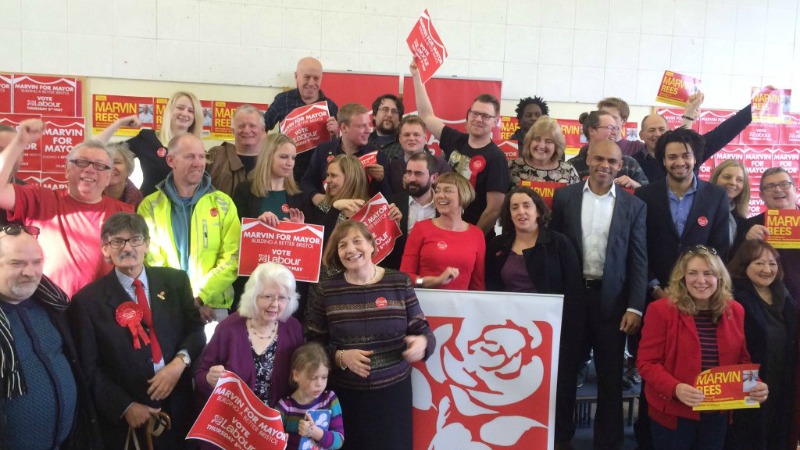 Labour’s mayoral candidate Marvin Rees outlined plans for the council to build 800 affordable homes a year if he is elected in May.

At the official launch of his campaign at his old primary school in Shirehampton, he told supporters he would set up a new council-owned company which would also build standard, market-rate housing in a bid to ease the housing crisis.

Bristol is lagging behind Liverpool, Manchester, Leeds and Plymouth building affordable homes, he said, while the council built just four council homes last year – the first to be built in the city for four years.

Rees said he would work with developers, investors, housing associations and charities as well as creating the new council company which would build an overall of 2,000 homes a year of all tenure types.

The Conservative Party outlined similar plans two weeks ago, putting forward proposals for a type of municipal housing trust which has been successful in Birmingham.

After he was elected in 2012, George Ferguson said it was his ambition to build 1,000 affordable homes by 2016. But a year into his first term he admitted the target would not be reached.

Rees also aimed his sights at the rental market in Bristol, which has seen an 18 per cent jump in average rents in the past year – the joint highest in the UK.

He said he would create a “tenants’ federation” with the help of Acorn, a tenants’ rights pressure group whose Ethical Lettings Charter has been endorsed by the council.

In his final housing policy announcement, he promised to give victims of domestic violence and abuse priority on the council housing list. “Having lived in a refuge with my mum myself, I know the importance of having a home that is safe and secure,” he said.

Campaigners want victims to be upgraded to Band 1 status on the housing register. The Tories have tabled a motion at the March full council in a bid to make the change.

Rees has already pledged to make Bristol a “living wage city” and is rumoured to be considering plans to take buses back under council control. Rees and the Labour Party are due to make further policy announcements in the coming weeks.

In his speech in Shirehampton on Sunday he added that some residents he had spoken to in Long Cross, where he grew up in Lawrence Weston, felt they were bing ignored by the city.

“They love Bristol. As do I,” he said. “But it needs to be better for them and their children. That’s why I’m running for mayor – to be a mayor that listens and leads for the whole city. Together, we can build a better Bristol for everyone.”