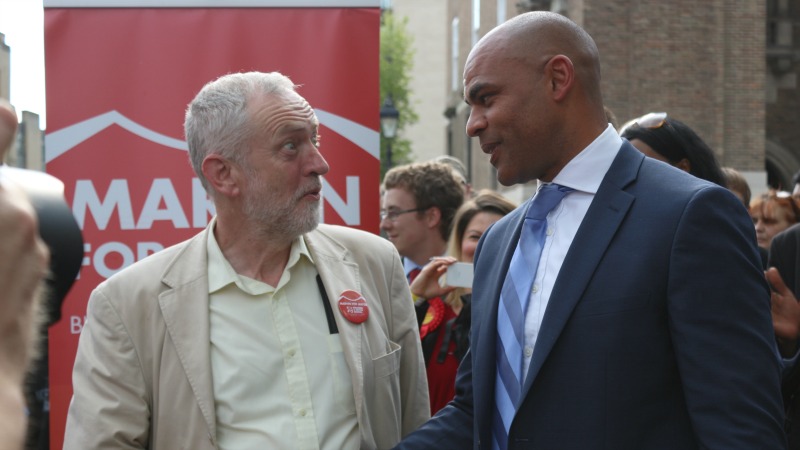 Marvin Rees had the crowd of Labour campaigners eating out of the palm of his hand as he made his second speech of the day following his resounding victory over George Ferguson.

That was until Jeremy Corbyn slipped through the Labour signage behind the city’s new mayor, triggering a massive cheer which all but drowned him out.

The Labour Party leader, who rushed down by train to join the celebrations on College Green after missing out on Sadiq Khan’s party, embraced Rees in front of the jubilant crowd.

He added: “Marvin as mayor. Marvin as mayor for housing, for jobs, for education and for transport. Marvin is showing a city united and there is nothing you can’t achieve absolutely united.”

“I’m going to make a big priority over the coming days of going out to meet the leaders of all the key institutions in Bristol because now single individual, single institution runs this city.

Corbyn’s appearance followed a number of visits to Bristol by the Labour leader and many shadow ministers in the run-up to the elections.

Rees, like new London mayor Sadiq Khan, voted for Andy Burnham in the leadership elections last summer and was slow to back Corbyn after his selection.

Read more: Who is mayor Marvin?