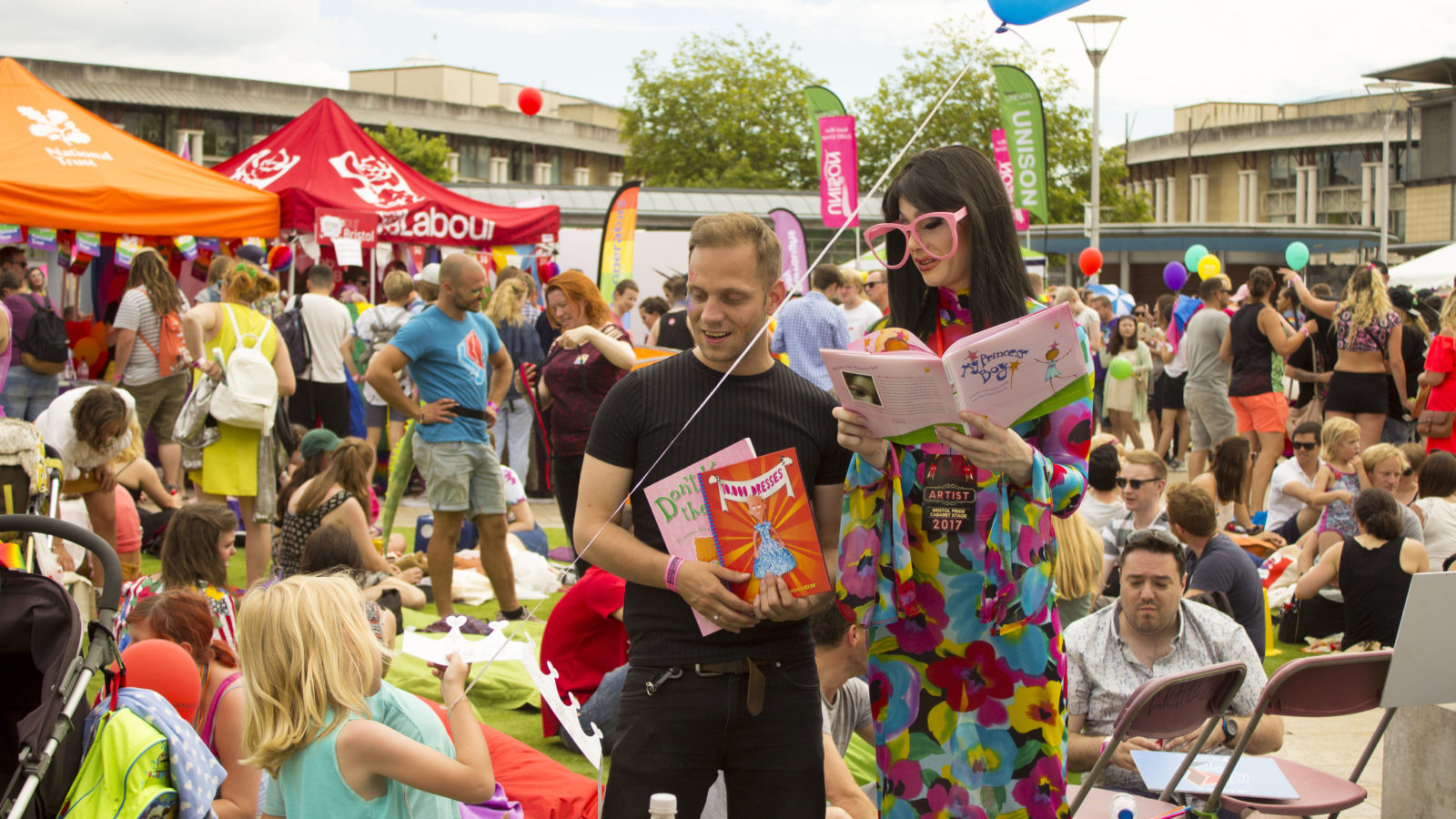 Bristol’s Drag Queen Story Time has continued to make waves. The Daily Mail and The Sun both denigrated it in recent articles, leading one of the founding members, Donna La Mode, to announce she’s “unable to continue”.

The Mail story said that “critics say sessions could confuse children on basics of human existence” and that DQST “want to target two and three-year-olds to influence them early, as they say at this age children have not yet developed any discriminatory ‘isms'”.

@thesun and @dailymail should be ashamed of themselves for their front page headlines today following the release of The Church of England’s new guidelines to stop transphobic bullying. The scaremongering headlines do nothing but make it easier for people to demonise the trans community. When will the right-wing media stop targeting LGBT+ community for a cheap way to cause outrage and sell papers? There is nothing wrong with allowing children to express themselves however they want, and to suggest that shouldn’t be encouraged is transphobia through and through. #trans #gay #homophobic #news

After being featured on the front cover of the The Sun, DQST founding member Donna La Mode said: “I have brushed myself off, and will come back from this bigger, better and more fabulous than ever. I’m sure Drag Queen Story Time will continue going from strength to strength, but I’m unfortunately due to this terrible occurrence, I find myself unable to continue with the project.”

On a happier note, he BBC’s video entitled, The drag queen storyteller showing children it’s OK to be different, is the latest to celebrate the ground-breaking project.

In the video, local drag queen Lady Windsor Rose explains the importance of a project that takes drag queens into libraries and nurseries in Bristol to read stories to children.

After an incredible debut at Bristol Pride’s family area this year, DQST has had a series of packed bookings at the Watershed, as well as branching out to nurseries in Bristol, Manchester and London.

Thank you so much to everyone who came out yesterday to make our event with Zion so successful! We couldn’t do what we do without your support! And good lord have you been supportive! Our next show is tomorrow, at The Old Market Assembly. Tickets for which are all sold out. We look forward to seeing you there! 💕 (Photos by @marcobarduscobrazier) #gay #instagay #drag #dragqueen #dragqueenstorytime #storytime #reading #books #education #equality #loveislove

“Doing the interview was a wonderful experience,” explained Lady Windsor Rose. “The BBC were wonderful to work alongside. They really seemed to understand why Drag Queen Story Time was important. I got so emotional talking about bullying in schools and the sheer amount of LGBTQ+ children who self-harm and attempt suicide. I love being part of DQST and loved the opportunity to show people why we do what we do.”

Organiser Tom Canham said: “We’ve been overwhelmed by both the interest we’ve received in the project, and the support from Bristol parents. The level of involvement we’ve received from local venues, parents and even the local council, is a credit to the forward thinking and accepting nature of Bristol as a city.

“Providing a space where children can present as they wish, without feeling judged, and ask questions about things which are conventionally considered controversial subjects. Little boys arriving at shows in Princess dresses, and Dads wearing Drag Queen wigs, has been one of the most rewarding sights.

"Openness may not completely disarm prejudice, but it's a good place to start." Today is #Manchester #Pride. Happy Pride to all those celebrating. Pride is, naturally, a day of reflection for many in the #LGBT community. A day when we take some time to appreciate where we are, and how far we've come. It's only been 50 years since homosexuality was decriminalised in the UK. 50 years in which the LGBT community has fought every step of the way for #acceptance, #tolerance and #love. And it is with great Pride that I can look at the city of #Bristol and the incredible families who come to our events, and show their support for our project, and say that I am thankful every single day for being able to make this idea of ours a reality. There is so much #beauty in this world, if you just give it a space to grow in! #LoveHappensHere because Love is born and hate is learnt. #gay #lgbt #pride #manchester #dragqueen #drag #dragqueenstorytime #fabulous #reading #fun #fundamental

“Thanks to the success we’ve had in Bristol, DQST has managed to expand its services to the London, Cardiff and Manchester areas with great success, reaching out to a larger audience than we ever would have dreamed possible.”