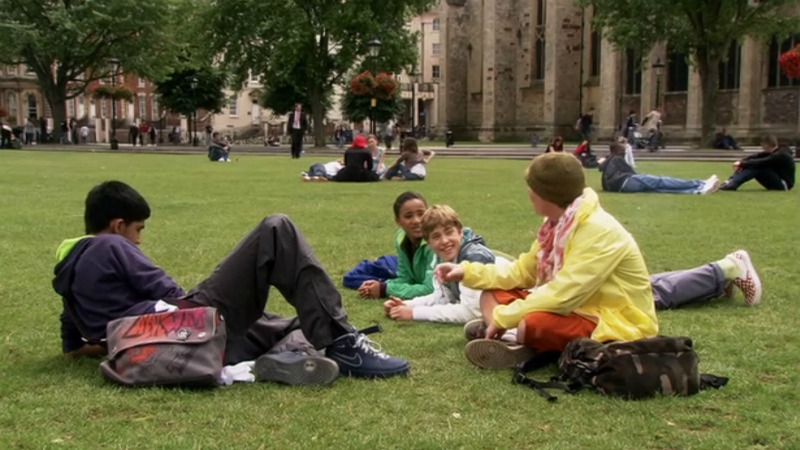 Film and TV fanatics will be delighted to know they can now visit their favourite on-screen Bristol locations, as Bristol Film Office has launched a series of online maps which allow browsers to see exactly where popular televison and film productions were shot.

Check out a few of our favourite places from the hit teen drama Skins below, famously filmed in and around Bristol.

The Skins gang often find themselves spending time on College Green, whether having a casual smoke after college or watching Effy’s dad crash his car into a bollard next to City Hall.

The 1950s-style diner on Queen’s Road famed for its milkshakes plays host to many memorable Skins scenes, including the romantic late night meeting between Cassie and Sid during the eighth episode of Series One.

Tucked behind Kingsdown Parade, you might recognise this block of flats as Maxxie’s home.

Freddie’s impressive skating scene which brings in the second generation of characters sees him rolling down Park Street. Those with a sharper eye will realise that Freddie somehow manages to hop in one jump from Lloyds Amphitheatre to the corner of Berkeley Square.

The stunning views from the top of Brandon Hill provide a surreal backdrop to Cassie’s attempted suicide scene, and the unprecedented conclusion to the first series in which the cast sing Cat Stevens’ Wild World.

The beautiful setting for Cassie’s rehabilitation centre in series 1 is supplied by this National Trust Grade I listed building in North Somerset, with some interiors filmed in Bristol University’s very own Goldney hall.

Tony and Sid make off with Chris’ coffin and embark upon a joyriding spree across Bristol, making more impossible turns if you know the city’s road layout.

Zany escapism turns to sadness when the gang bid their final farewell to Chris at Greenbank Cemetery.

During the tender beginnings of their courtship, Emily and Naomi escape to the country to take a dip in this impressive natural lake, situated in Abbots Leigh.

Alfred Road is home to Naomi and the whimsy of her hippie mum, who lets strangers stay at the house for free.

One of Skins’ many rave scenes is filmed in Redcliffe Caves, in which Series Three newcomer Thomas takes to the stage to rap.

The top level of the concrete car park sees the fractious nature of Emily and Naomi’s relationship, where Emily discovers her girlfriend has cheated on her.

Want to know more about Bristol film industry? Read more about how much it contributes to the city’s economy.