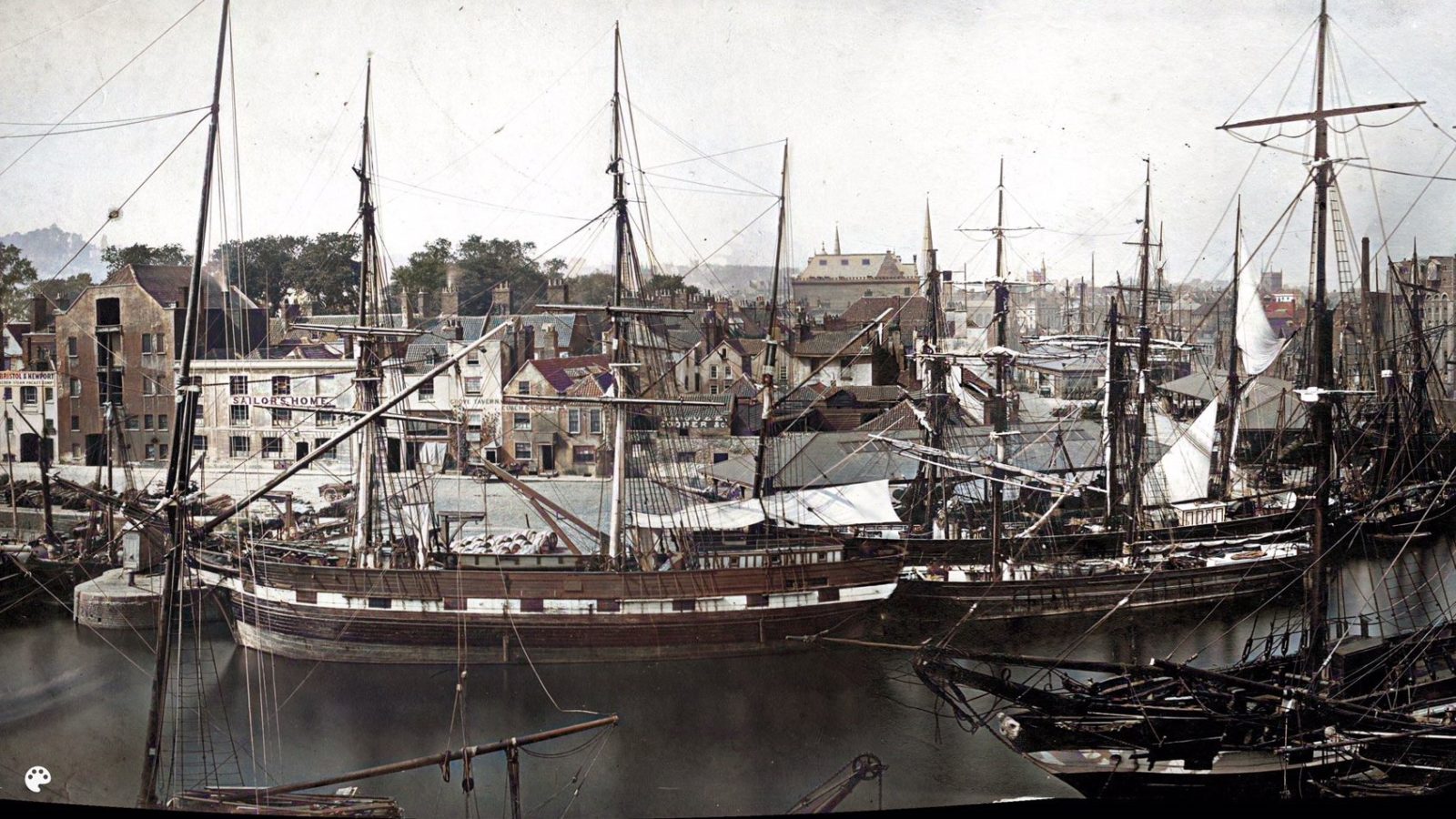 From medieval Bristol to post-war destruction, more of our city than ever before can be discovered from the comfort of our own homes.

Once upon a time, one needed to delve deep into dusty archive rooms to discover old photos and maps of Bristol. Today, all you need is an internet connection.

Bristol’s astonishingly comprehensive Know Your Place website has received record visits in 2020. Old maps can be overlaid with modern ones, with hundreds of items of interest added by users.

Facebook groups such as Bristol Then & Now – which this week hit 50,000 members – are incredibly popular places to share photos and memories from people across the city.

The 1676 Dutch House was arguably Bristol’s most famous half timbered townhouse. It, along with all buildings in the top right of this frame were destroyed in WW2. The Saxo-Norman town crossroads pictured in the b&w photo was widened into the great arc we see today in 1962. pic.twitter.com/Hu5EE8FogA

And there are regular discussions on Twitter from local history buffs about subjects as diverse as the former Dutch House and why Saxons choose specific areas of land on which to build Bristol’s earliest settlements.

The interest in Bristol’s past will only grow when the new series of A House Through Time starts on BBC Two on May 26 following stories of residents of 10 Guinea Street in Redcliffe from the 18th century to the present day.

“Local history certainly seems to have been one of the areas of interest during lockdown judging from what I’ve seen on Twitter,” said Pete Insole, Bristol City Council’s principal historic environment officer and also the founder of Know Your Place.

He said: “I think people are taking a general interest in their surroundings a lot more, noticing things on their daily walks, runs or cycles.”

Know Your Place was winner of the Best Heritage Research, Interpretation or Recording award at the Historic England Angel Awards 2018, with A House Through Time researchers using the website as a vital resource – just like people across Bristol already do.

On Twitter, Nick Howes regularly publishes photographs of Bristol scenes from years gone by, many of which – including the photo of The Grove at the top of this page – have been brought vividly to life through auto-colourisation. 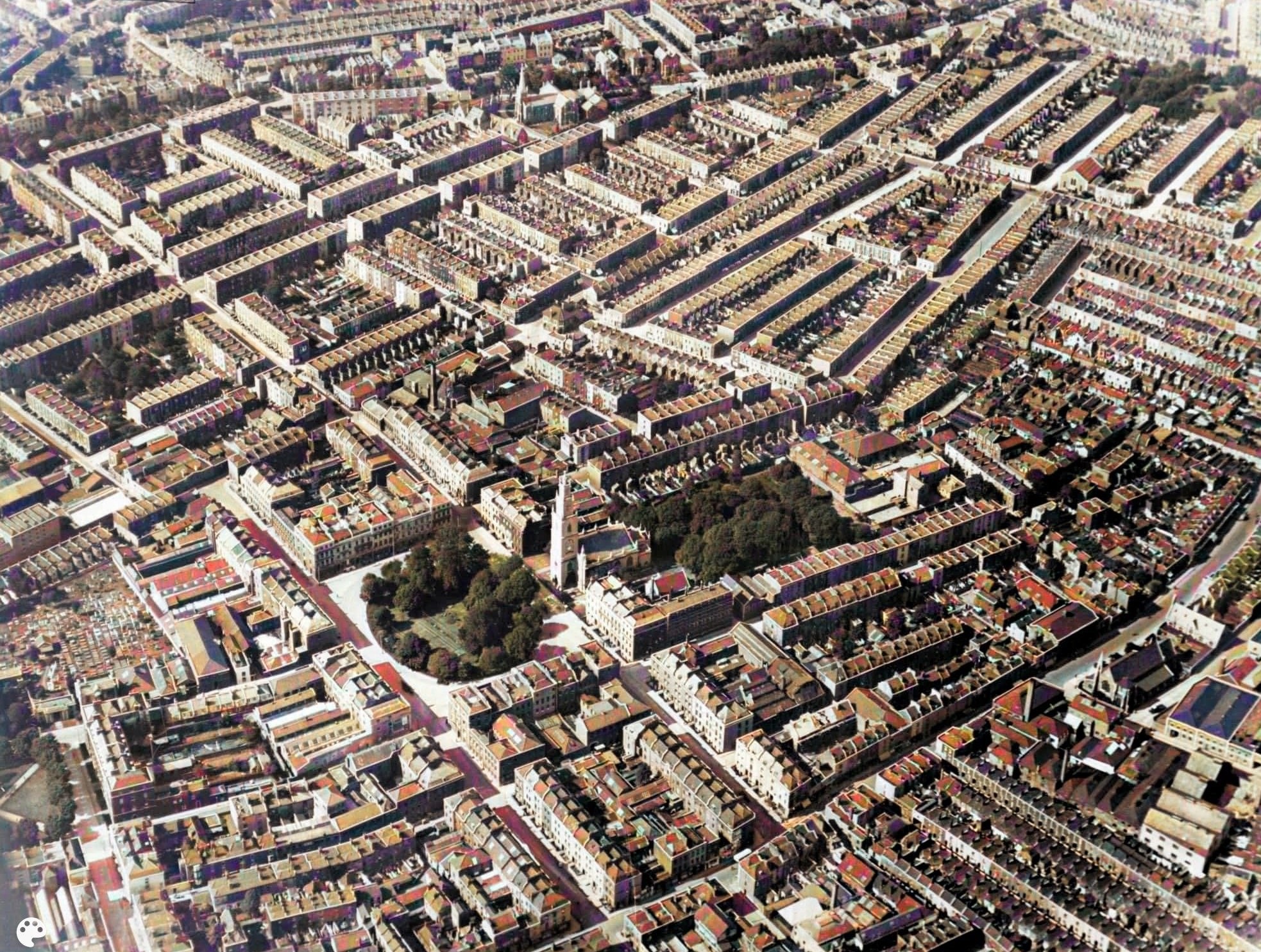 Another hobby of his is to take his own photographs in exactly the same spot as the original artist or photographer, to compare the changes over time, “mainly for the worse!”

Howes has taken more than 800 such photos since 2013, sharing them on Facebook and now Twitter, going right back to the Brothers Buck panoramas of 1734.

Steep Street 1866-2019. Note the precisely aligned bay windows left of the rebuilt wing of Fosters Almshouses. The Griffin is not in the same place as this 1690s house as can be seen. The Griffin blocks the top of Steep Steps up the side of 1 Trenchard Street. pic.twitter.com/G4Ol864x17

Castle Green south side. To make successful past & present views of Bristol you HAVE to use the polygon tool in the pinpoint version of Bristol Know Your Place to work out the position, elevation, direction & field of view. Then post process, crop the modern field of view to fit. pic.twitter.com/GBRxQpT9HU

Howes’ primary resources include Know Your Place as well as Bristol Museum, Bristol Archives, Britain from Above and Historic England.

Howes, who is in his mid-40s, works in HR and lives in north Bristol, told Bristol24/7 that his interest in history came from his grandparents.

His grandfather, now aged 103, had a few signed Reece Winstone books which Howes later added to in order to complete the full set of 44 volumes containing tens of thousands of Winstone’s photos of Bristol from 1930 to 1975, as well as older photos that he had collected.

Howes bought other books and later became one of the first users of the Know Your Place website, which was the impetus for him to start researching and digitally rebuilding the entire city of the 1820s in three dimensions.

“It will probably take me another 20 years to complete, but which I will make publicly available in stages when each stage is completed to my satisfaction,” Howes said.

“The internet and social media has made history, including family history so much more accessible than the traditional role played by libraries and archives, but both are still essential places to visit as the vast majority of historic Bristol data still remains undigitised.”

Main photo courtesy of Bristol Museum: The Grove, with the Coach & Horses, Welsh Back and Redcliff Backs from Redcliffe Parade. Ships include Thomas Daniel’s Maria, the Princess Alexandra, the Burns, the Laughing Water and the Orchid.