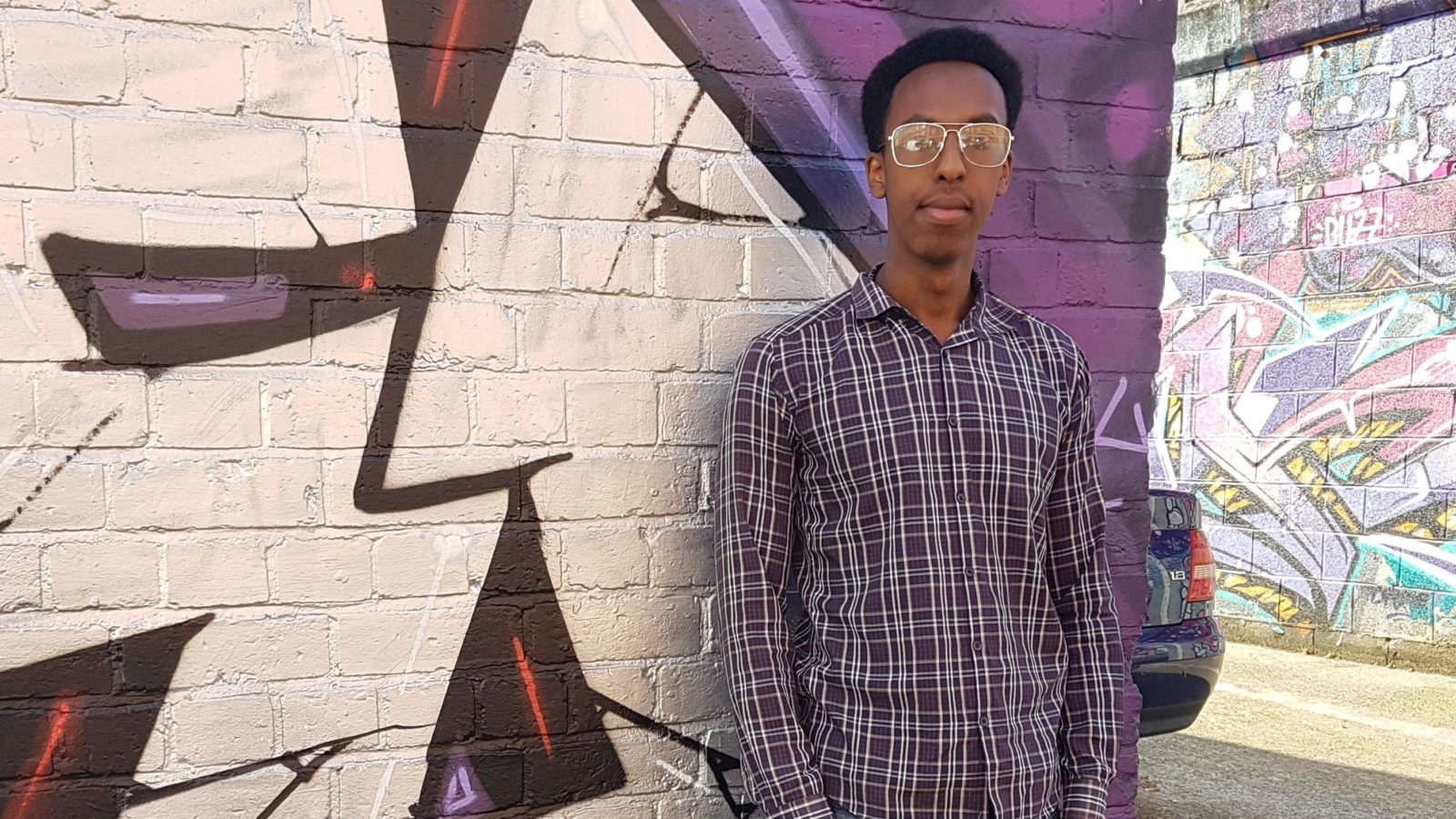 After fleeing war-torn Somalia as a child, Mo Ali carved out an extraordinary life for himself in Bristol – going from teenage entrepreneur, to mathematician and aspiring philosopher.

Now, at the age of 22, he is working to inspire people and challenge prejudice through the power of words, while also studying full-time for his degree at York University.

“There are things we are in control of and those we are not, so I only focus on what I’m in control of. I did not choose where I was born, but I can choose how I react,” says Mo, lounging comfortably with a cup of coffee at the  St Paul’s HQ of Babbasa, the social enterprise that helped support him along the way.

This is the philosophy on life that has seen him thrive against the odds and one that he is sharing to prove to others that with the right attitude anything is possible. 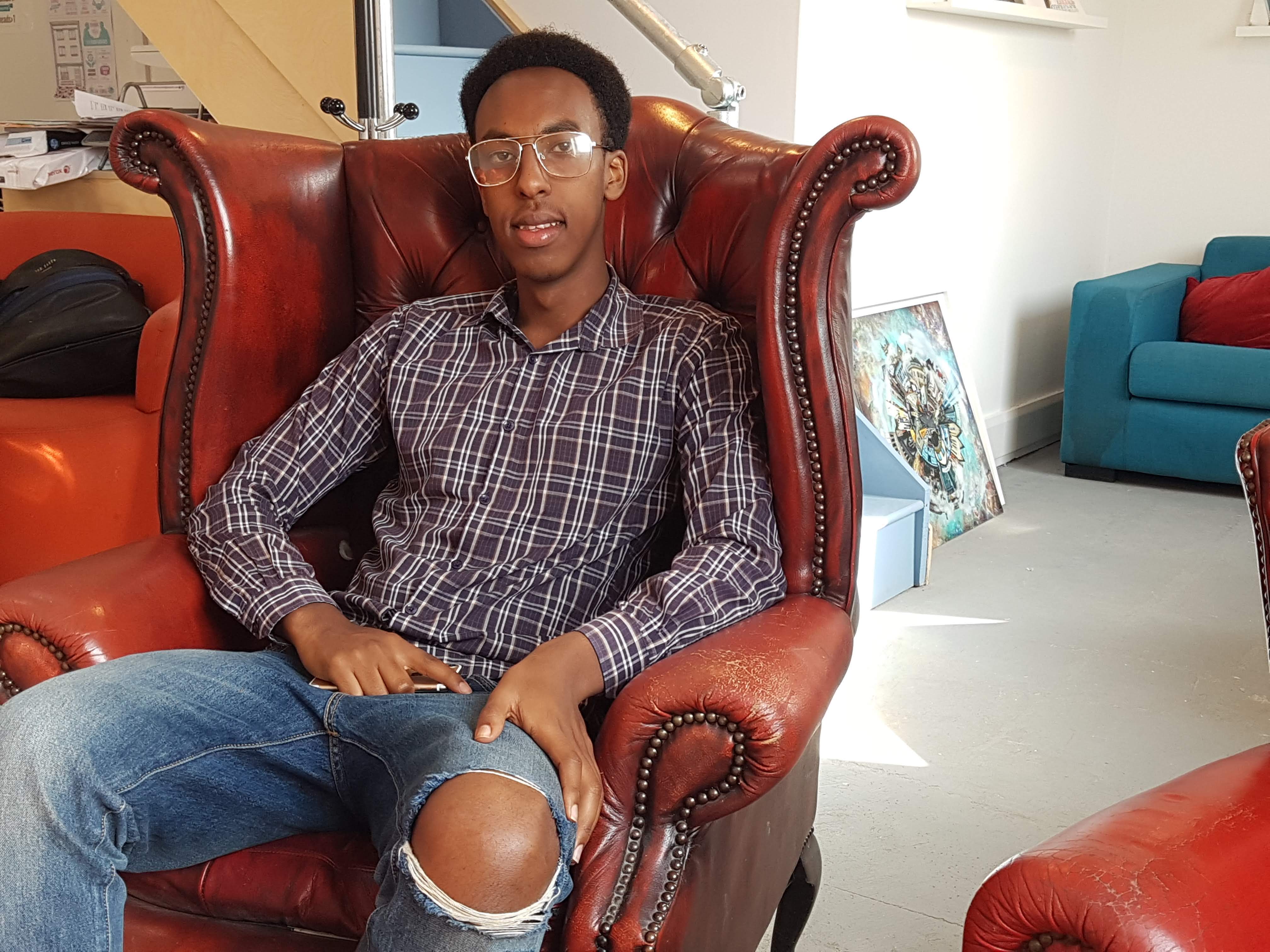 Mo says he only focuses on things within his control

“I was born in Somalia and it was a very harsh environment there. The civil war that happened in my country left a very hostile place to be, so as a result of that, my family left,” says Mo.

“I was five years old and when I came to the UK, I soon saw how everything was better and it made me ask questions like: why is there inequality? When I was living there, that was all I knew, but then I saw that you could have a better life.”

While the 22-year-old maths student from Easton is now able to reflect and analyse his sense of self and his dogged determination; in the early days, it was more a pragmatic approach to survival.

“My entrepreneurial side started when I was six. I was not good enough to get into the school football team, so I started my own team with people of all ages – I think it still runs to this day,” he recalls.

When Mo first came to the UK, some people gave him a hard time “because he was different and couldn’t speak English”. This happened again when he started secondary school, but this time Mo says he felt he had to prove himself and not let others push him around, so he got into a lot of fights.

“I was on the verge of getting kicked out of school after about three months,” he admits.

This was when Mo started taking sweets into his healthy eating school to sell and what started as a way of taking his mind off students bothering him quickly became a successful enterprise.

He had other students working for him and was raking in a fair bit of money before the operation was discovered and he had to shut it down.

Not to be deterred, the ambitious teen then branched into clothing and started trading fake label garments. At the peak of this enterprise, he had researched his business so well that he was able to explain how to spot a fake to a manager at Ralph Lauren and was offered a job on the spot.

Not willing to settle for selling other people’s goods, Mo decided to launch his own clothing brand instead.

“I emailed 400 people to get a supplier and only two replied – the whole process took about eight months so it taught me patience,” he says.

It was a local business owner in Easton who agreed to stump up the funds for the first order with no strings attached, so impressed was he by Mo’s sales pitch. To this day, the anonymous backer maintains a keen interest in how things are going.

With his own business up and running, Mo wanted to launch a community-based project to help other people design and make their own clothing brands. This was where he first got involved with Babbasa, which supported the initiative, and the result was a runaway success.

After school, the then 17-year-old applied to the School for Social Entrepreneurs, funded by Lloyds, and became the youngest ever recruit to enrol on the year-long course.

Not content to limit his aspirations, he decided to fulfil his family’s wish for him to go into high education and secured a coveted spot studying maths at York University.

On his incredible journey so far, Mo says: “I do not see myself as a victim and I never will. I do not look at myself as disadvantaged, I embrace my humble beginnings.”

With his sights set on being a philosopher, the 22-year-old is already inspiring people through his videos that tackle stereotypes and prejudice head on and encourage people to follow their dreams.

Reserve your FREE ticket now to watch him preform #HearOurStories event on Thursday the 13th of September in Bristol, https://t.co/EIqTKvACWQ pic.twitter.com/l7OL7leIbf 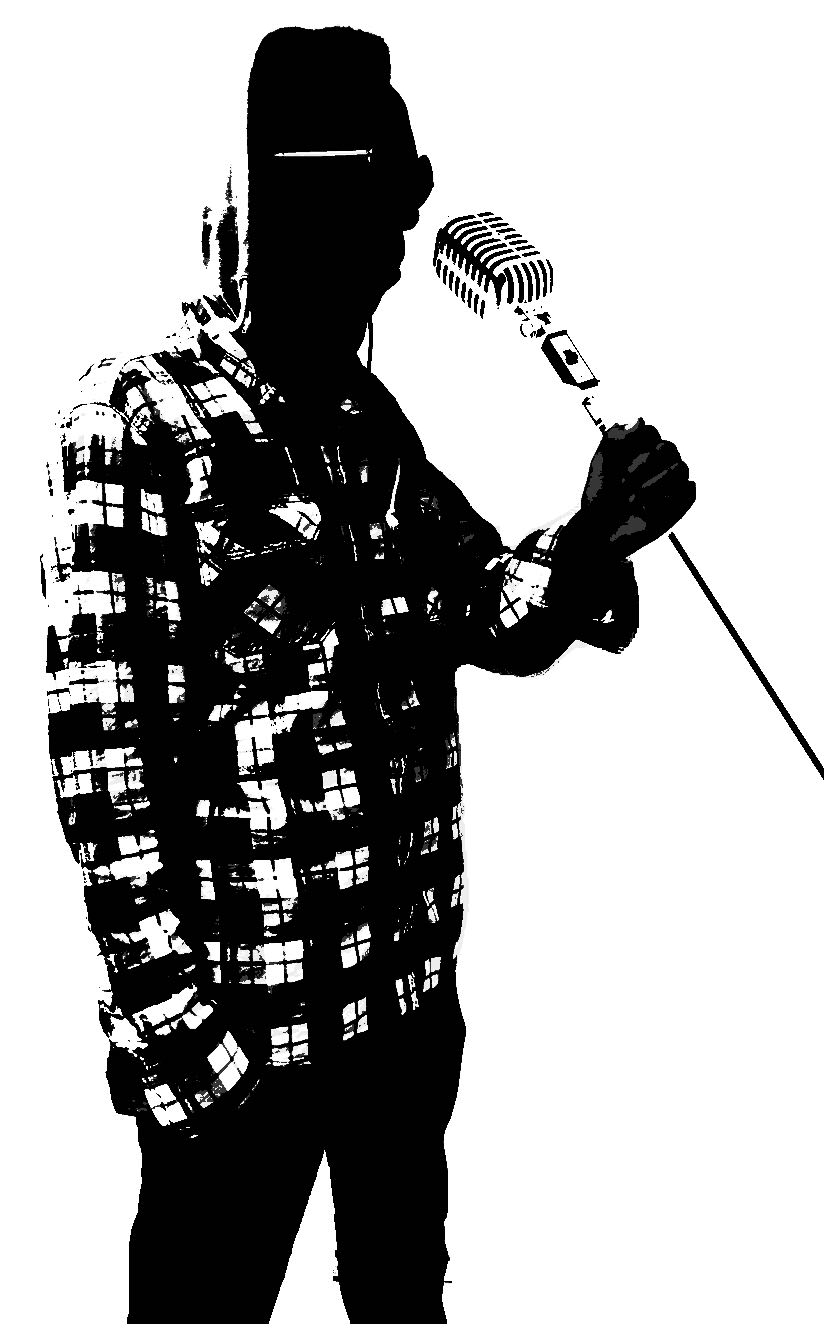 He will be sharing more of his philosophy at a spoken word night to celebrate Babbasa’s fifth anniversary on Thursday, September 13, as part of the social enterprise’s #HearOurStories project. See more of Mo’s work via his YouTube channel.

To register for the free event, visit: www.eventbrite.co.uk/e/hear-our-stories-a-spoken-word-event-tickets-48908320102.

Read more: If I Knew Then: Poku Osei