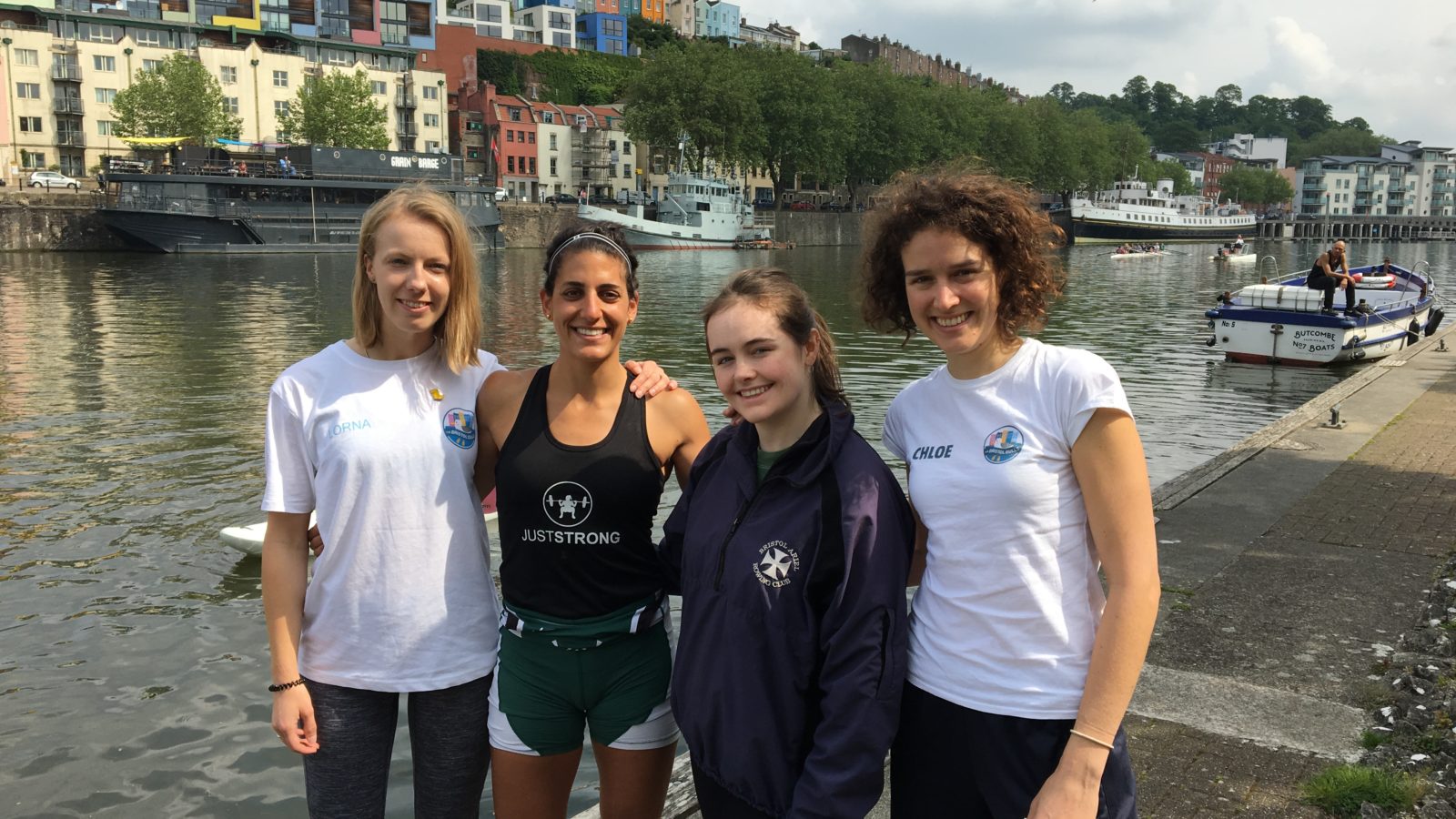 Four Bristol-based women are at the start of what will be the biggest challenge of their lives – taking on the Atlantic Ocean in a rowing boat.

They aim to be the first to cross he Atlantic in a sustainable rowing boat as part of the Talisker Whisky Atlantic Challenge in 2020. They will be raising money for Clean Up Bristol Harbour Campaign and the RNLI in Portishead.

The 3,000 nautical mile journey from La Gomera in the Canary Islands to Antigua and Barbuda in the Caribbean. will see extreme weather conditions, including storms and forty-foot waves.

It is unsurprising to discover that more people have climbed Everest than have rowed the Atlantic Ocean.

However, it’s different picture on a recent calm and sunny Sunday morning beside the slipway of Bristol Rowing Club.  The four women seem excited by what lies ahead, although initially it did not start out that way.

“Don’t get your hopes up, I might not row the ocean with you, but I’ll drive you there,” said Lorna Carter to Sofia Deambrosi when the Bristol Rowing Club was invited to a talk about the challenge.

“Afterwards we both just went sat in the car and said we’re doing this,” says Sofia, Bristol Gulls’ team captain – who works in financial services.

“I just love rowing. I just want to wake up and be in the nature and in the sea and be able to row. I can’t wait.” 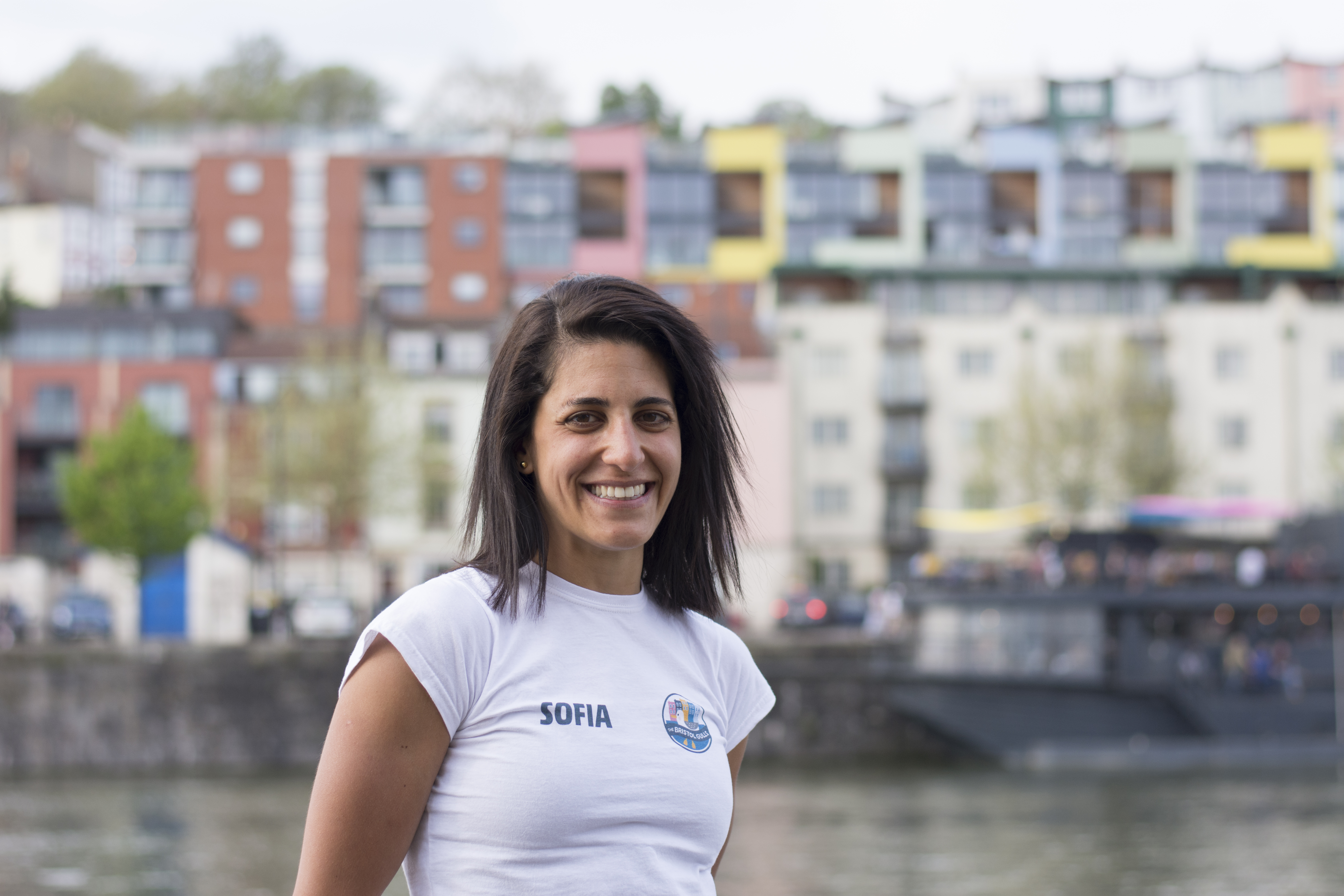 Tea member Lorna is holding a sample of the boat’s hull, saying: “The fact that we’re going to be the first team to row an eco-boat echoes what we all believe in and what we’re all about.

“We’ve teamed up with Rannoch Adventure who are experts in ocean rowing. I work as a composite manufacturing research engineer and as we’re designing our boat, we’re looking at alternative materials that are more sustainable so we can improve the boats lifecycle and create a lightweight strong structure that’s perfect for rowing an ocean in,”  she says.

A third member of the team, Chloe Juyon, first came across ocean rowing four years ago: “I used to look at this website called Explorers Connect when I needed to escape,” said Chloe. A keen environmentalist, she also co-founded Clean Up Bristol Harbour Campaign and works freelance in television.

“People were trying to raise awareness of plastic pollution, as it just wasn’t on the front pages back then. The seed of ocean rowing was planted in my head and so when I heard what Sofia and Lorna were planning. I was really excited.” 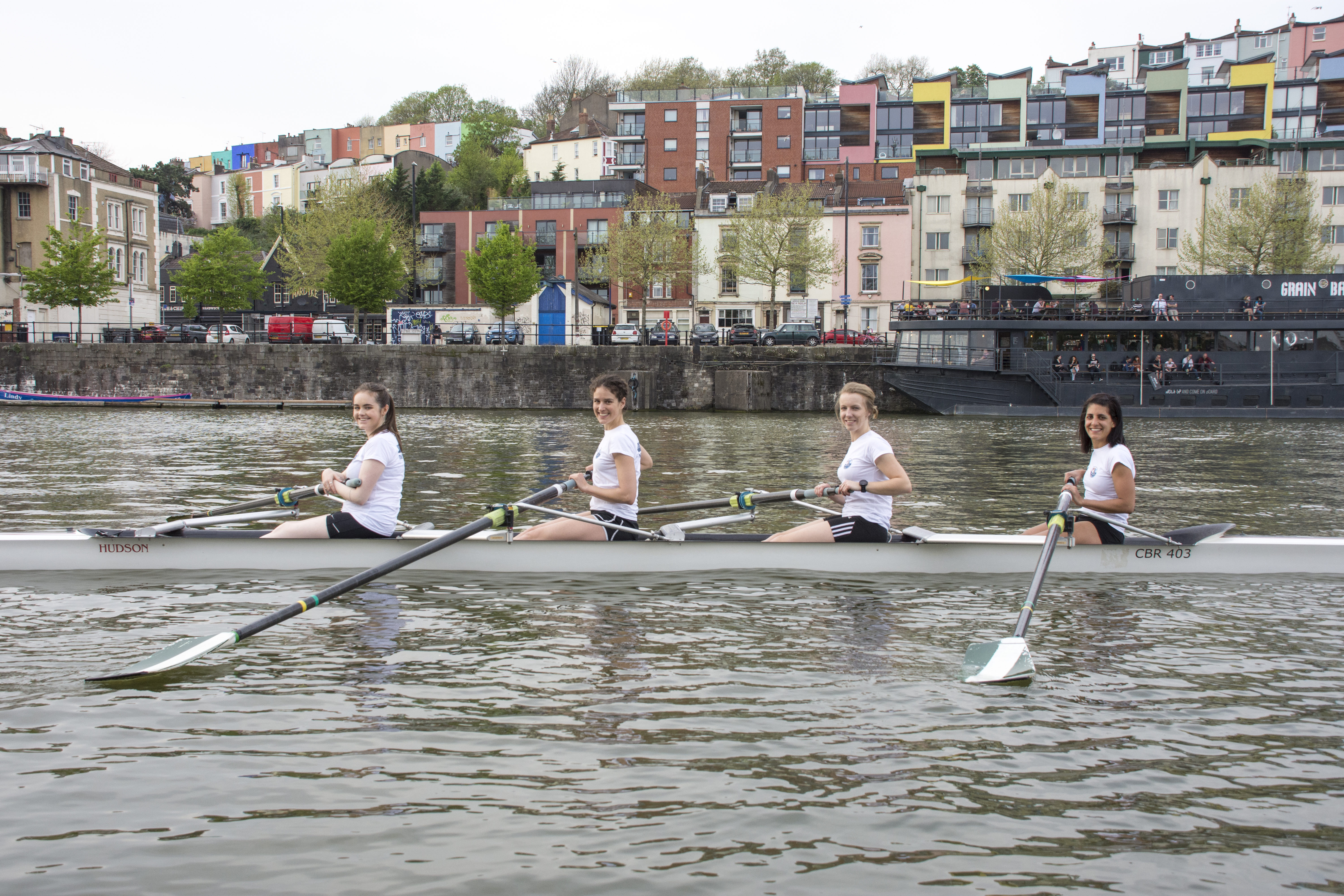 The Bristol Gulls are taking on the Atlantic Ocean in a rowing boat. Pictured (L to R) Aileen Booth, Chloe Juyon, Lorna Carter and Sofia Deambrosi

Aileen Booth works in advertising and took up rowing three years ago when she moved to Bristol:  “I joined a rowing club as a means of meeting people and I just loved it.

“An email came through to the club that they were looking for a fourth woman to get involved and I just grabbed it.”

The current record for the women’s Atlantic crossing is 34 days. Two people will row in two-hour shifts, while the other Bristol Gulls are sleeping, eating, preparing food and doing any boat maintenance needed.

“There are huge temperature changes as well – we’re close to the equator so it will be 38 to 40 degrees in the day and then at night as you’re in the middle of the ocean zero or sub-zero temperatures,” says Sofia.

But that’s all part of the excitement for the Bristol Gulls.

Getting out and about in Bristol and starting their fundraising campaign is the first step of the journey, with both physical training and mental preparation starting in July.  They hope to reach £150,000 to be able to row for their chosen charities.

“Bristol Harbour is connected to the Avon and the Severn Estuary and the Atlantic Ocean and we want to take Bristol on this journey with us.” Chloe said.

“I was coxing at high tide and I literally see all this rubbish flowing in.  The harbour is so important to Bristol – I got in touch with harbour office and Clean Up Bristol Harbour started.”   she said.

The Bristol Gulls are also rowing for the RNLI in Portishead.  “I grew up surf live saving, learning to stay safe and save lives at sea,” says Lorna. “They are a fantastic charity and such an amazing brave bunch of volunteers and we’re raising money for their operational costs in 2020.”

“We want to involve and interact with the represent our city and the incredible people and organisations that make it so special,”  says Sofia.

“The Atlantic Ocean is an environment that’s unparalleled with its uncontrollable nature and the highs and the lows, we’re never going to be in that environment again. The risk is getting out there – this adventure is so epic and uncertain. I don’t think there’s anything like it.”

Photos and videos courtesy of May Morton.

To sponsor the Bristol Gulls visit www.justgiving.com/crowdfunding/the-bristol-gulls and get updates at @thebristolgulls