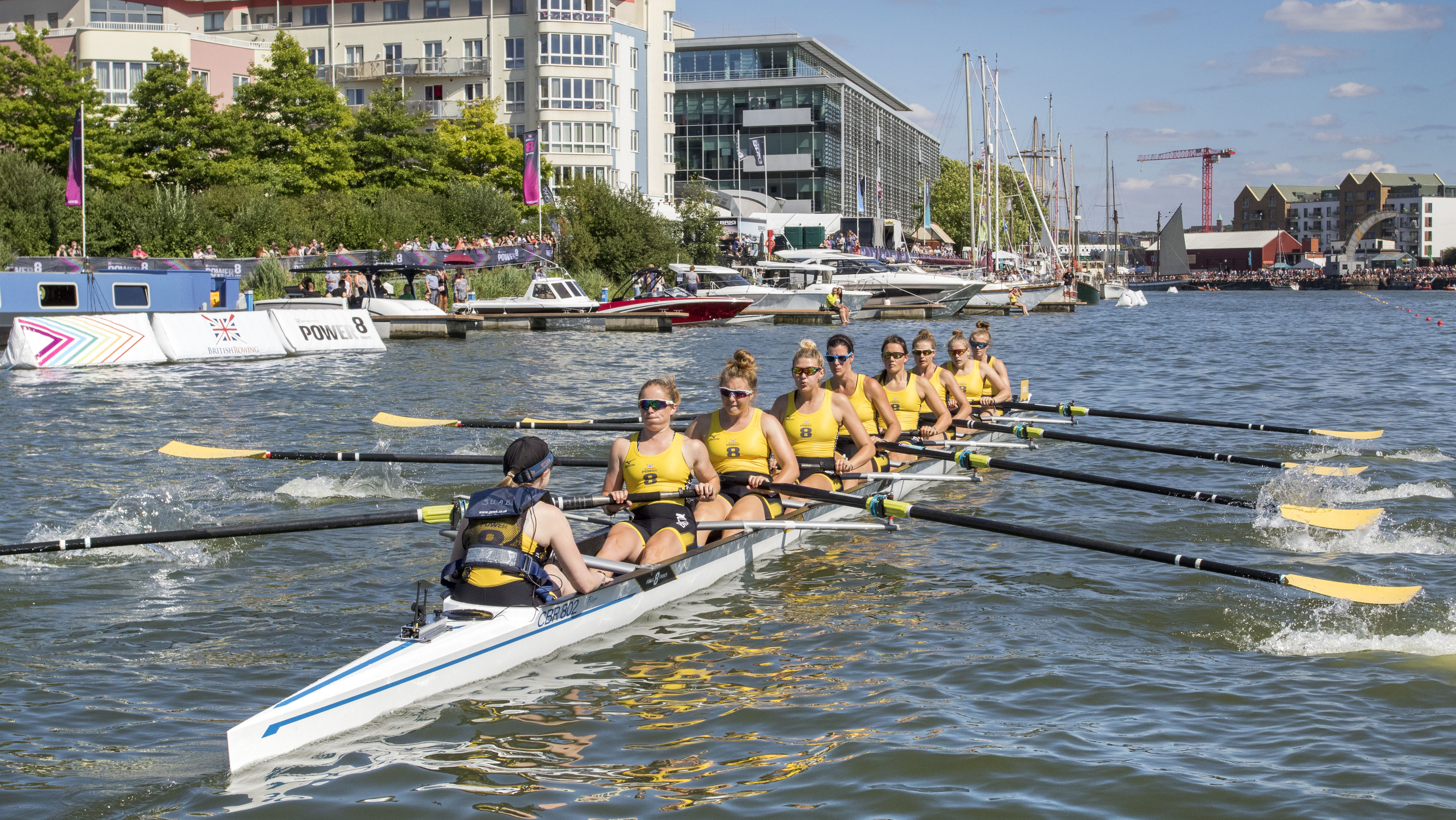 A fast and furious rowing race is set to return to this summer’s Harbour Festival after a successful inaugural outing in 2018.

Power8 Sprints was watched by thousands by the water last year and tens of thousands more live on BT Sport.

British Rowing’s innovative knock-out race format sees crews from eight UK cities battle it out over a 350m course from close to the SS Great Britain to opposite Brunel’s Buttery, with male and female crews racing in boats of eight with one cox.

In 2018, Bristol’s two crews were twice beaten finalists; to Oxford in the women’s race and to Manchester in the men’s race, with the Mancunians setting a new course record time of 51.30 seconds.

British Rowing CEO Andy Parkinson said: “We are delighted that Power8 Sprints will return to the water in Bristol this summer.

“Bristol provided the perfect backdrop for this new sprint rowing event. The support from the local people was phenomenal and made for a great atmosphere.

“We’re looking forward to welcoming back all the cities from last year, to what promises to be another high-octane event.”