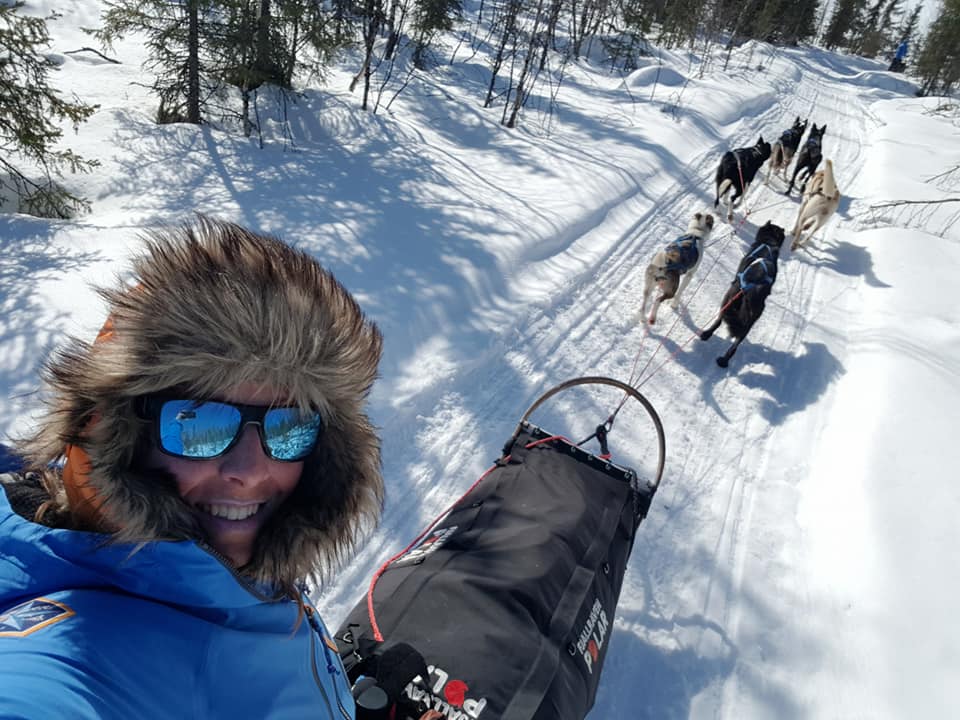 Dani Godwin is unique in Bristol. The 28-year-old is the only person from the city to have ever been selected to take part in the Fjällräven Polar challenge, a 300km Arctic expedition that takes part annually. Participants hail from across the world, and Dani won her hotly-contested place against others from not just the UK but also Ireland, Belgium, the Netherlands and Luxembourg. 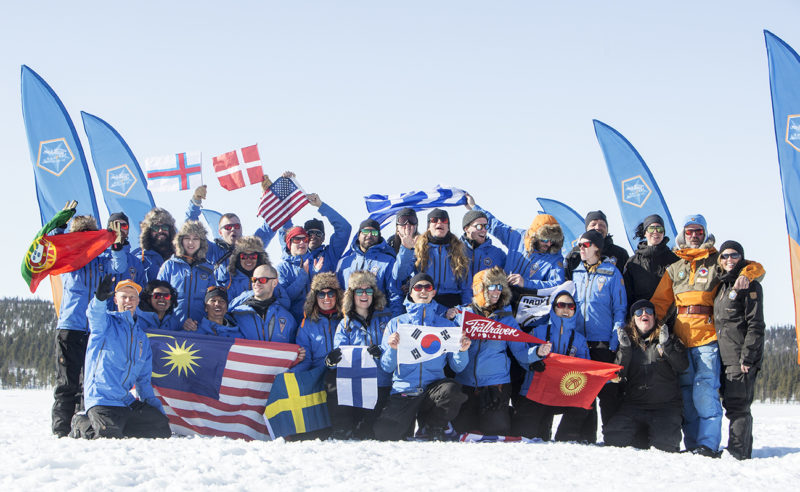 Started in 1997, the Fjällräven Polar challenge is an Arctic expedition from Signaldalen in the Norwegian mountains to Väkkäräjärvi in Swedish Lapland – with the help of 200 huskies. It is a monumental challenge for anyone – let alone for someone not used to trekking through much snow.

This was not the first year Dani had applied to take part – she put her name into the hat in 2017 but was unsuccessful. However, this only strengthened her resolve. This time around she hit the campaign trail with everything she could muster.

The campaigning process lasts for a full month but Dani’s efforts were well under way by that point. For months prior to the jury’s decision she was working on a promotional video – painstakingly planning, filming and editing the final piece before submitting it and keeping everything crossed. Then came the fateful day. 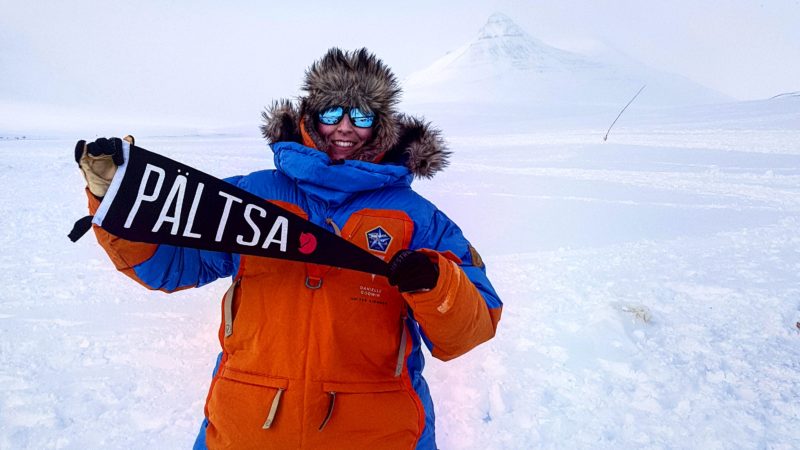 Dani in the Arctic, in the build up to the Fjällräven Polar

“It was a great feeling when I was chosen,” she says. “I am truly thankful and incredibly lucky for the chance to become part of this experience.”

Wildlife filmmaker Dani is no stranger to travel. She has ventured to southeast Asia, Australia and New Zealand to name a few destinations. Despite having experienced different climates and being away from home for sizeable chunks of time she says nothing can prepare you for the extreme conditions of the Arctic.

“All the equipment and clothing makes you realise that preparation is key,” Dani says. “But nothing can fully prepare you for how mentally draining it is. Every day was get up and go. We were waking up at 6am to feed the dogs and prepare all the gear, and then we would leave at around 9-9.30am.”

Early starts quickly turned into long days. The teams crossed the ice using huskies and sledges, averaging around eight hours of travelling daily, followed by a a three-hour unpack upon arrival at their destination.

It was a lot to learn in a short amount of time, and Dani admits it was a baptism of fire. Each participant had their own six-dog sled to look after and guide. Putting up a tent in high winds was also a skill which needed to be mastered quickly.

“After the first day everything became much easier and we started to complete our morning tasks quicker,” Dani says. As hard as it was, things like tent construction soon became second nature and teamwork was always central to every task. 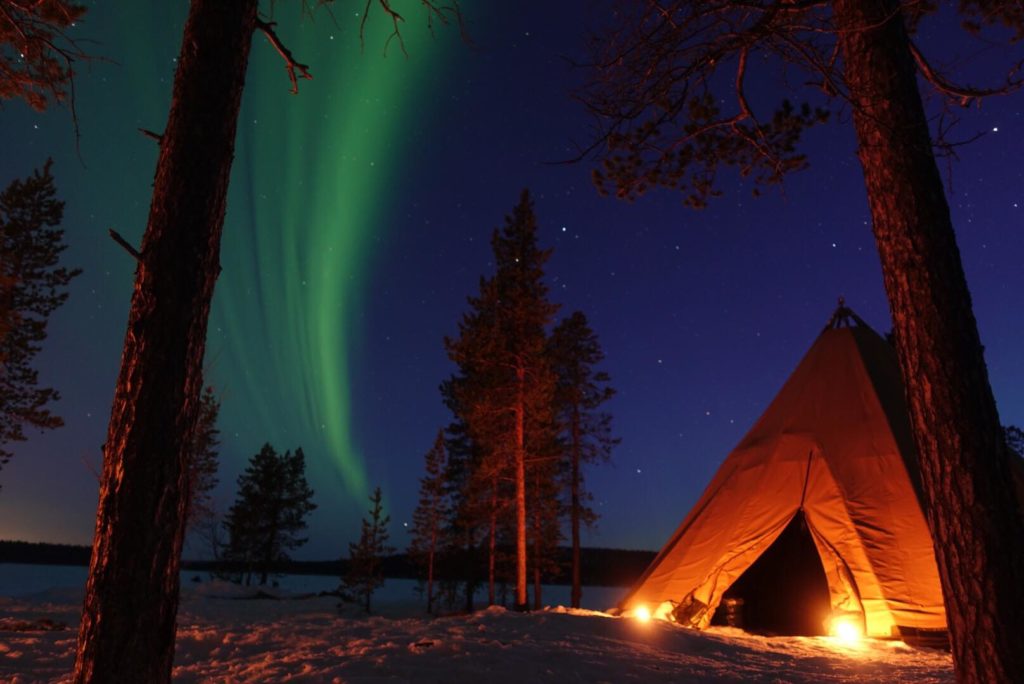 The sight of the Northern Lights from Dani’s Arctic campsite

Dani says that the challenge has helped her discover a new drive in her life. “If you really want to do something, you should just go ahead and try it,” she says, and once you’ve completed the sort of challenges Dani has, everything else must be fairly straight forward.

“I hope I can inspire younger people to realise they can get where they want to be,” she says. “Being part of a strong, understanding team was key, but of course, the dogs were the real heroes. I’m thankful to our guide Johan Skullman and the Fjällräven team for giving up their time to teach us skills I will keep for the rest of my life.” 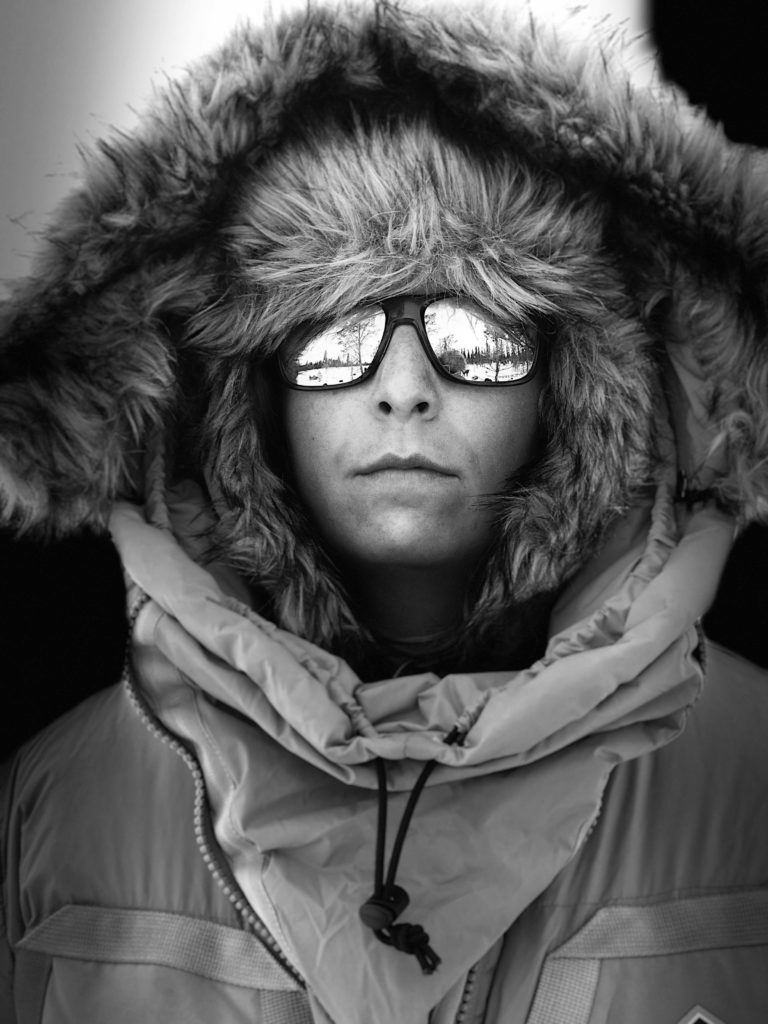 “I am truly thankful and incredibly lucky for the chance to become part of this experience,” says Dani

Animal-lover Dani decided from the very start of her Fjällräven Polar application that she would undertake the challenge in support of Holly Hedge Animal Rescue. She managed to raise a total of £572 for the Bristol animal sanctuary while away and is still accepting donations.

Dani’s two cats were once residents at Holly Hedge and although welcoming, she received some strange looks from the pair upon arriving home. “I’m sure it’s because I smelled of Alaskan huskies,” she says.