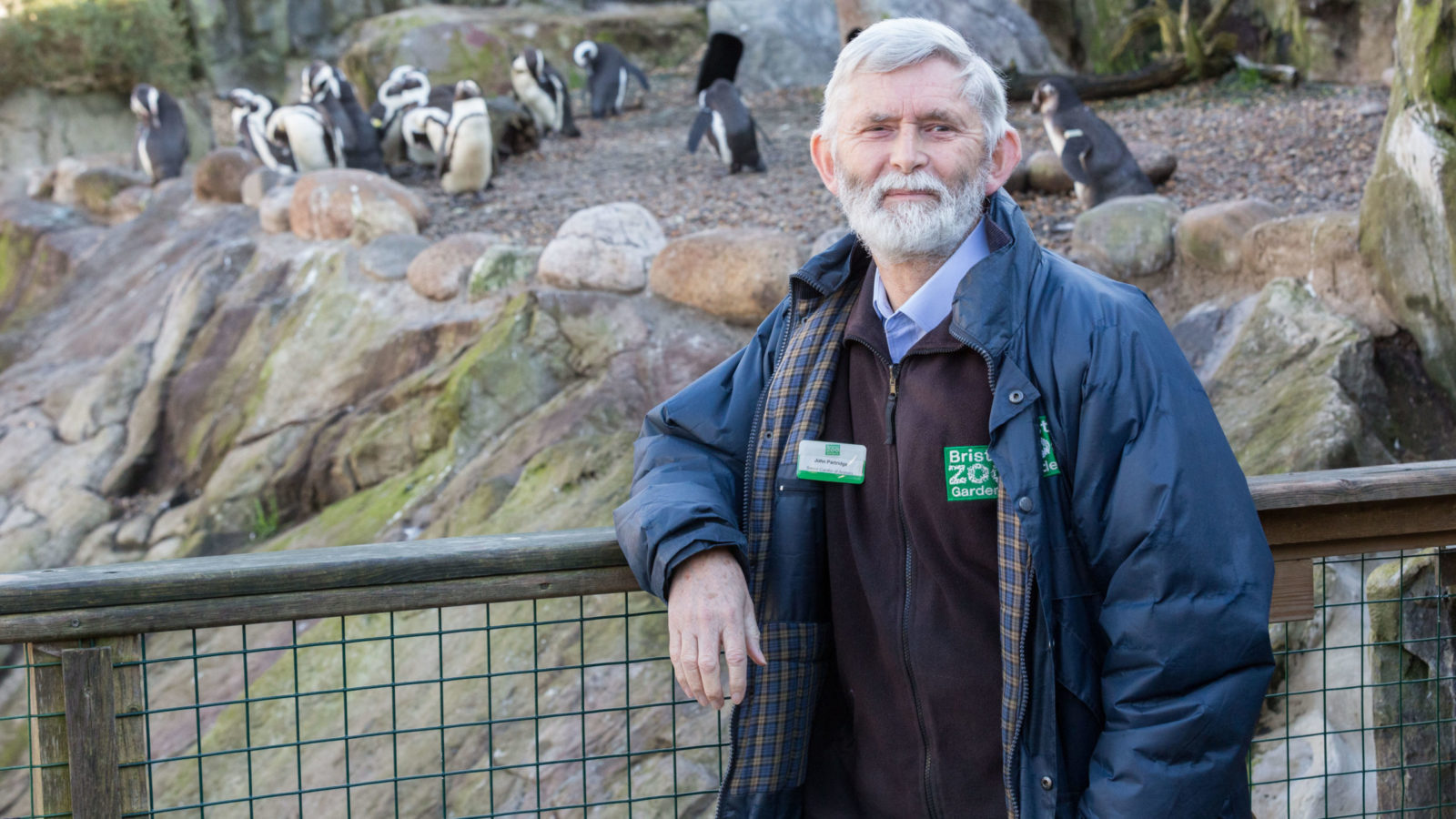 John Partridge has had a love of animals as long as he can remember and has held the coveted position of senior curator of animals  at Bristol Zoo for the past 12 years. After a lifetime of dedication to the zoo, he retires on January 31.

After working at Glamorgan City Council and volunteering at Barry Zoo in his spare time, in 1975 he applied for a job at Bristol Zoo to work with the apes, having visited the zoo as a child.

“My first visit to the zoo, I think I was about four and a half, five years old,” he says. “I wanted to come and see Sebastian the polar bear when he was born.”

John has many stories of relationships he has had with particular animals over the years, including Wendy the elephant and Biggie the tortoise – who also arrived at the zoo 45 years ago.

Another story from the past 45 years is about Melody the chimpanzee.

“She had straw bedding in her enclosure, she would go and get a piece of straw and give it to me,” says John. “The enclosure has upright bars so she could put her foot out through the bars, and she liked to have her foot tickled.”

After moving to a different zoo, many years later John visited Melody, saying: “She looked me up and down, and then stood up and walked away. She went and picked up a piece of straw and brought it back, she passed it to me and gave me her foot.” 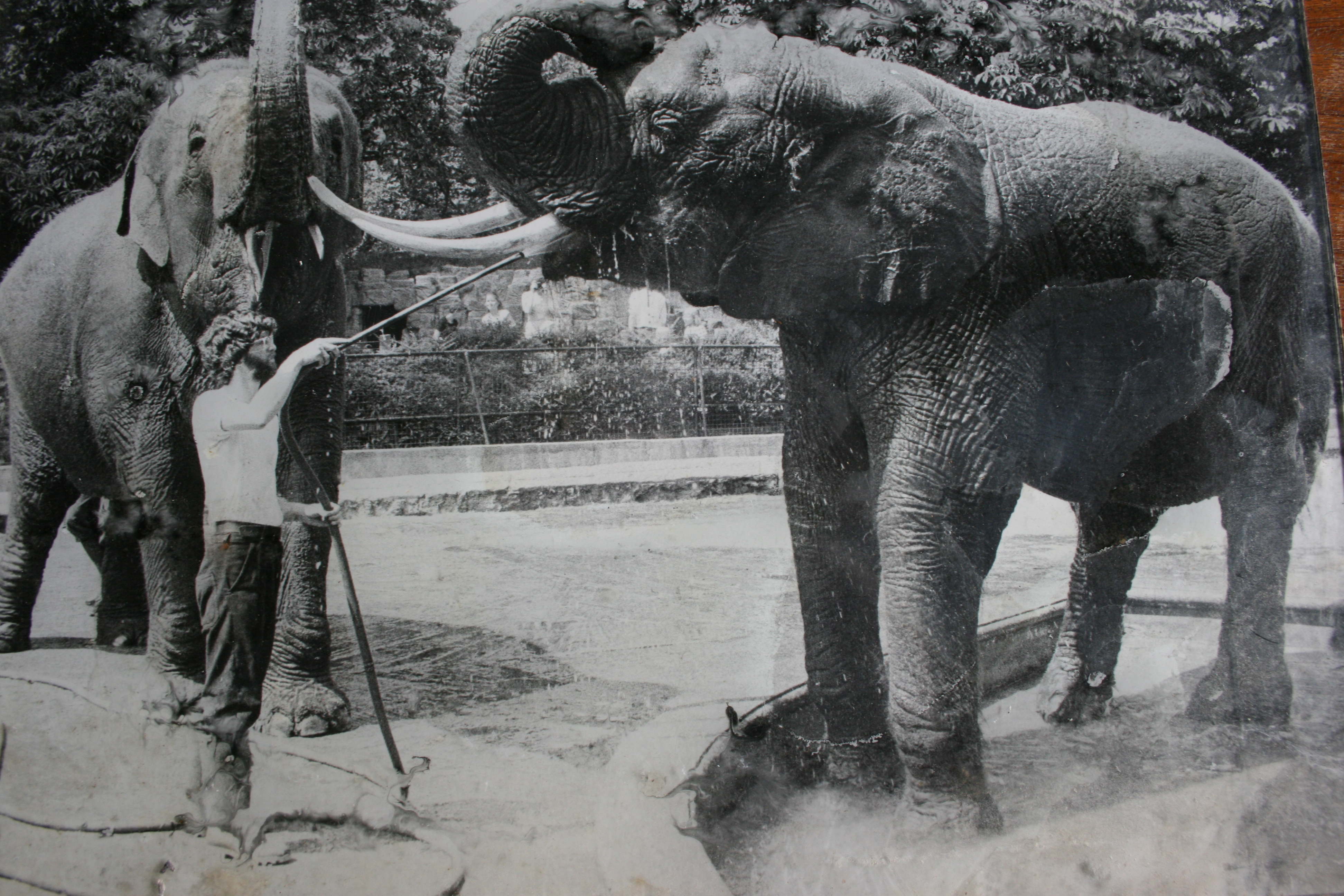 Elephants Wendy and Christina with John Partridge in 1984. Photo thanks to Bristol Zoo

John is highly respected in the zoo community, having edited the Zoo Keepers Association’s Journal for five years and written for International Zoo news.

Dr Justin Morris, chief executive of Bristol Zoological Society, said: “John’s retirement truly marks the end of an era here at Bristol Zoo Gardens. He is a voice of calm and has an immense depth of knowledge and experience.

“He is respected and admired by people here and throughout the zoo world and we will all miss him.”

Bristol Zoo has truly become part of of John’s life, meeting his wife there and spending weekends at the animal centre to look after the animals.

He is retiring to spend more time with his grandchildren and two married daughters.

“It’s been my life for 45 years,” says John. “What a crazy thing to do, to leave a job that you’ve always wanted to do and you’ve enjoyed, but I think it’s time to just step back so that other people can get involved”.