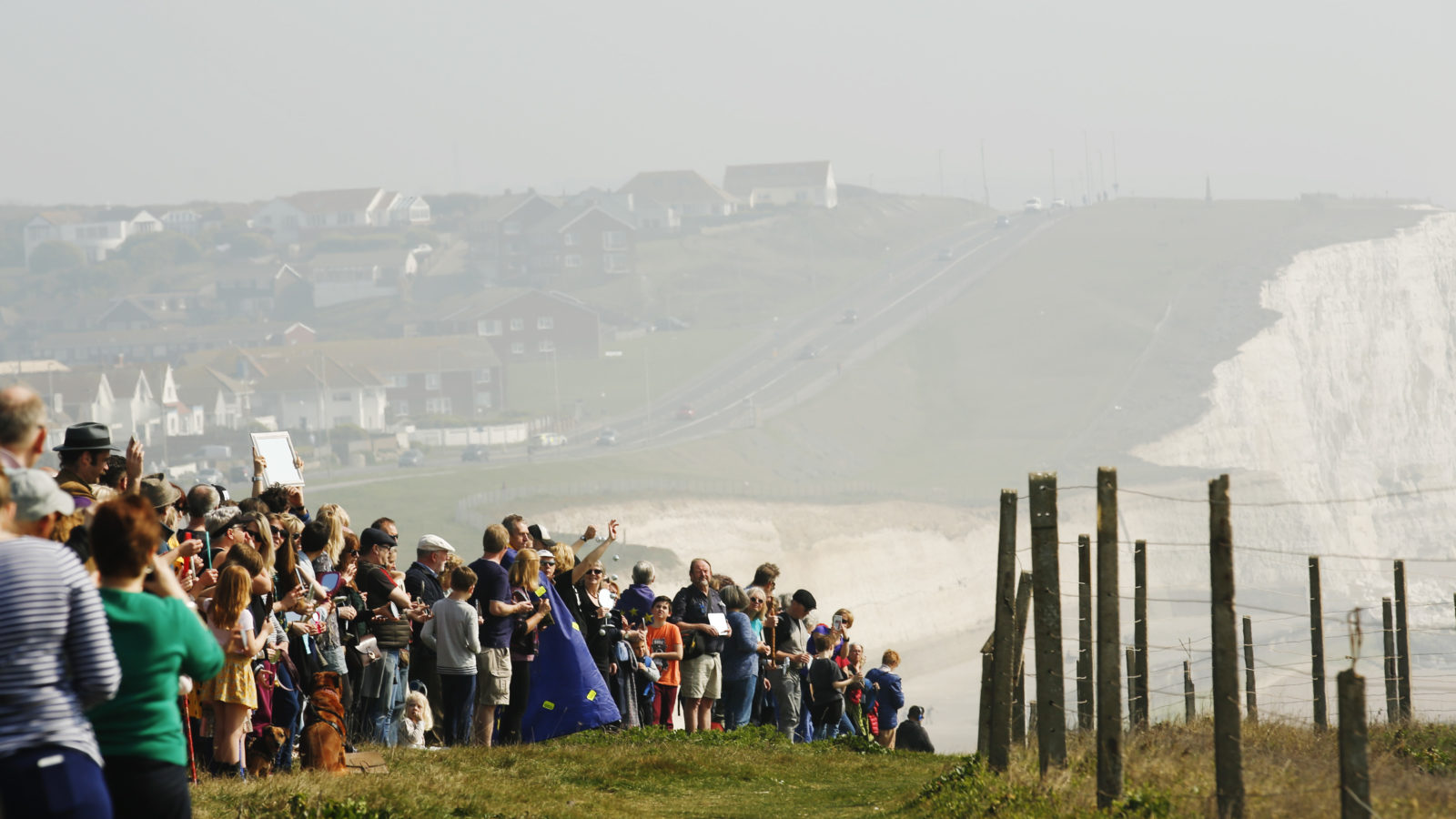 There’s been no shortages of pro-EU protests in recent times, but few have created quite such a spectacular sight as Duncan McKellar’s symbolic SOS art piece.

The Bristol-based artist behind a series of yellow scaffold pole sculptures across the city gathered more than 400 people on the white cliffs in Saltdean, just outside Brighton, on Saturday, March 30 to bring an ambitious installation to life.

It was the third large-scale mirror piece Duncan has created and saw the long line of participants capture the sun’s rays and reflect them back across the English Channel with the aim of demonstrating the strength of the British pro-EU community in the face of Brexit chaos.

Speaking about the human art piece, Duncan says: “EU SOS has evolved from many years of experimenting with mirrors and light.

“An SOS call to Europe seemed timely and appropriate.”

The artist started preparation for the piece last summer and made contact with a number of pro-EU groups to garner support, but he admits the project involved an array of logistical challenges. 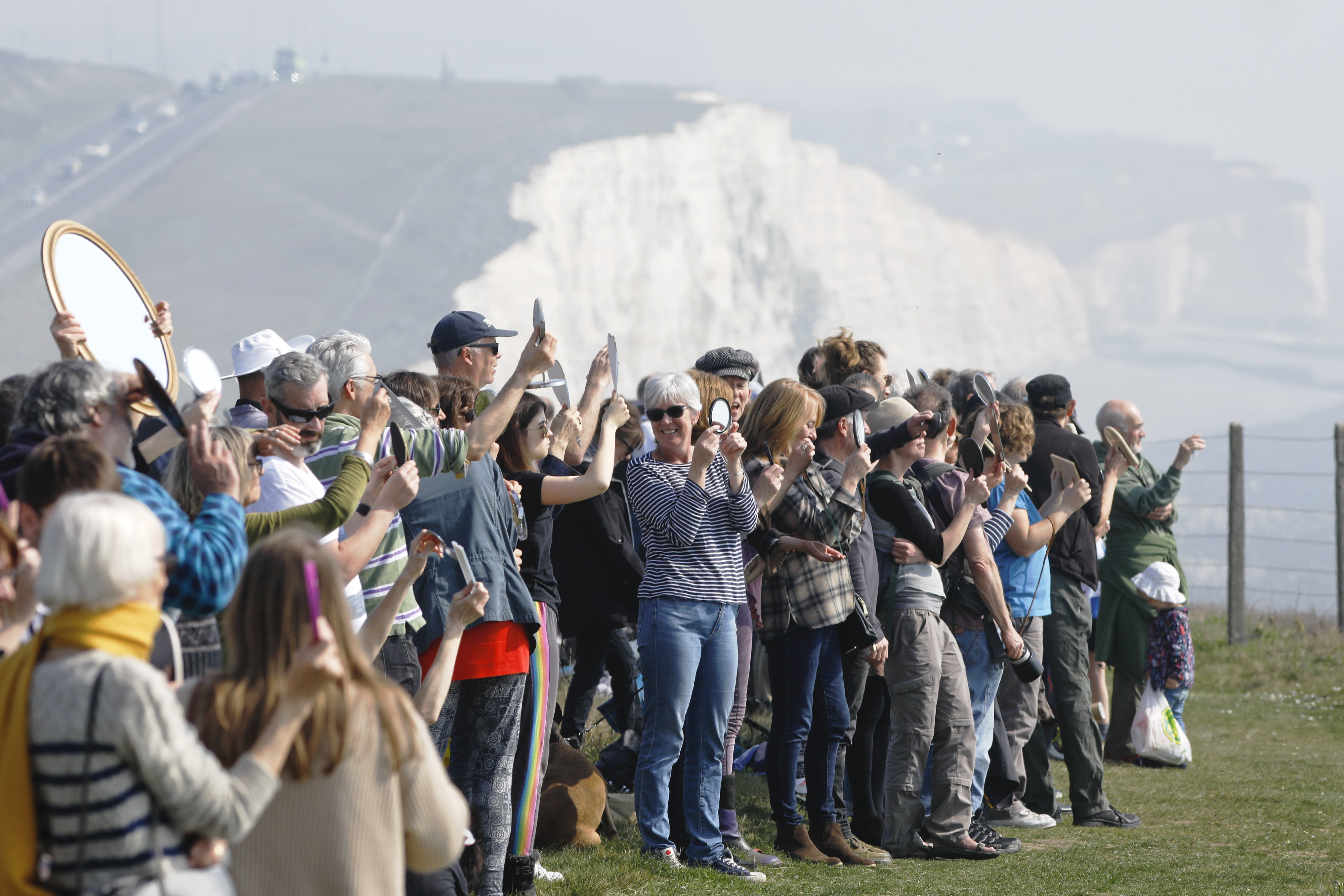 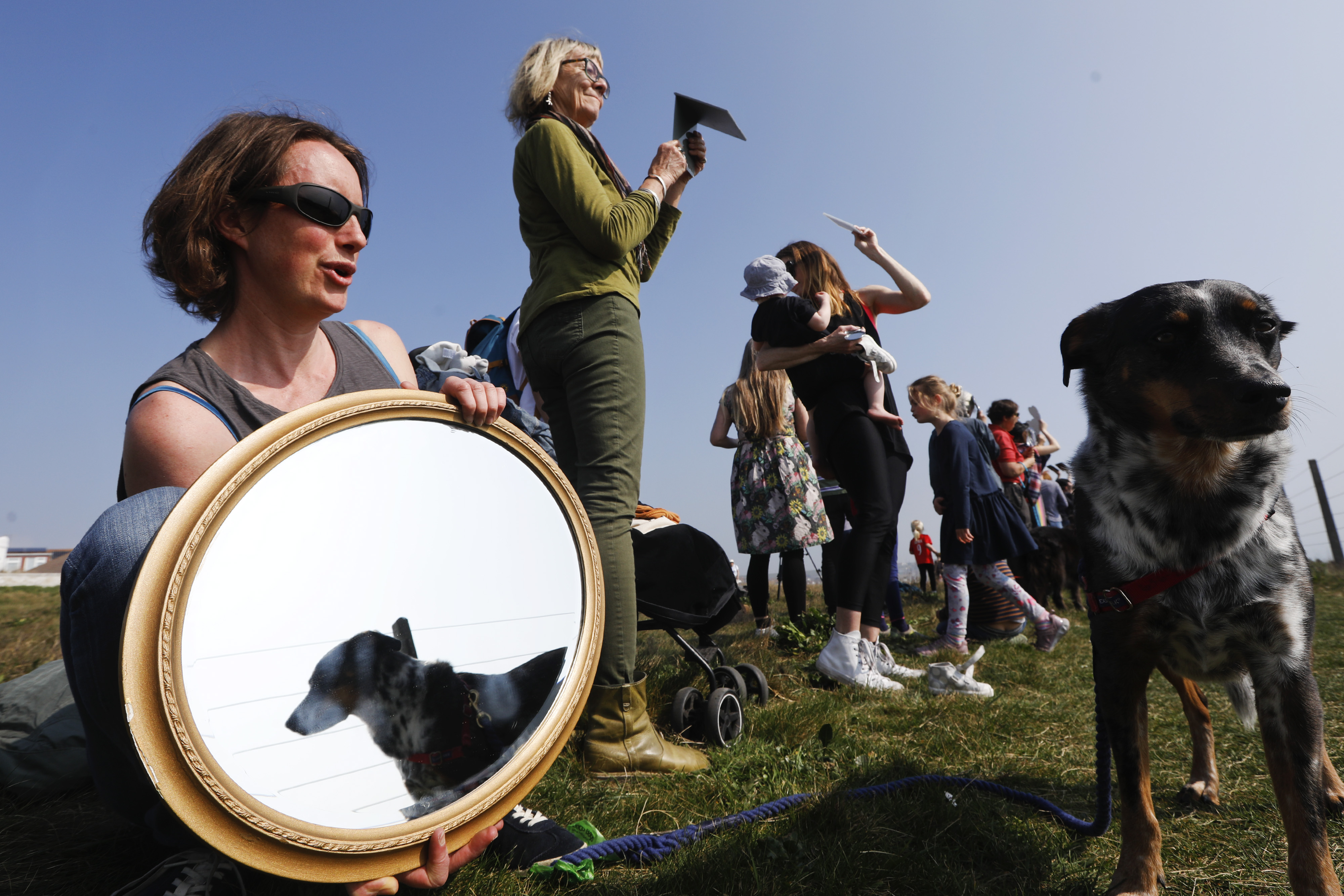 “Convincing the coastguard was a little more tricky,” explains Duncan.

“Having been initially refused permission for various locations, I sent a full proposal and example short films demonstrating the unlikelihood of generating a readable SOS signal.

“I was also asked to send written confirmation that creating a genuine distress signal was not my intention.

“They eventually put it in the calendar and gave the go ahead. I spent two weeks in Brighton giving presentations at universities and various pro-European groups, including one attended by Caroline Lucas.

“I also spent as much time as possible getting to know the local community. Both leave and remain.” 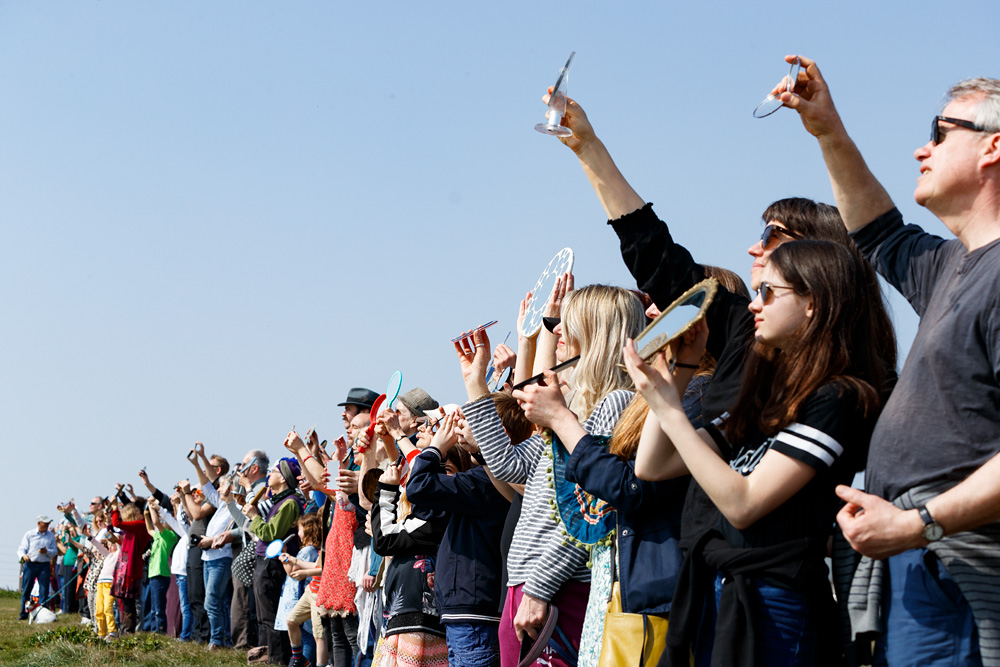 The idea was to signal hope and unity among remainers in the face of Brexit chaos. Photo by Paul Cecil

This recent stunt follows the ‘Ray of Hope’ project, made in collaboration with Bristol-based graphic designer David Martin, that involved a kilometre line of people standing either side of the US, Mexico border with reflective masks. It was a show of solidarity and hope in the face of president Trump’s divisive politics.

A short documentary about the piece called ‘Reflect – A Ray of Hope’ has met with acclaim at multiple film festivals.

Duncan was back in Bristol last week to install two yellow tube pieces and then travelled to Arizona for another piece along the border wall. This time, he will be installing and photographing a three metre circular mirror to create the illusion of a hole through the wall itself.

Speaking about his work, he says: “Both ‘Ray of Hope’ and ‘EU SOS’ demonstrate art’s capacity to facilitate a situation which would be impossible by other means.

“I hope that pieces like this can give people the opportunity to protest in a silent, powerful, and beautiful way and that they will inspire similar artistic interventions both political and non-political.

“Both pieces have an integral message of unity and hope in a time where people feel such frustration and division. I also hope that EU SOS especially shows that we still have a sense of humour.” 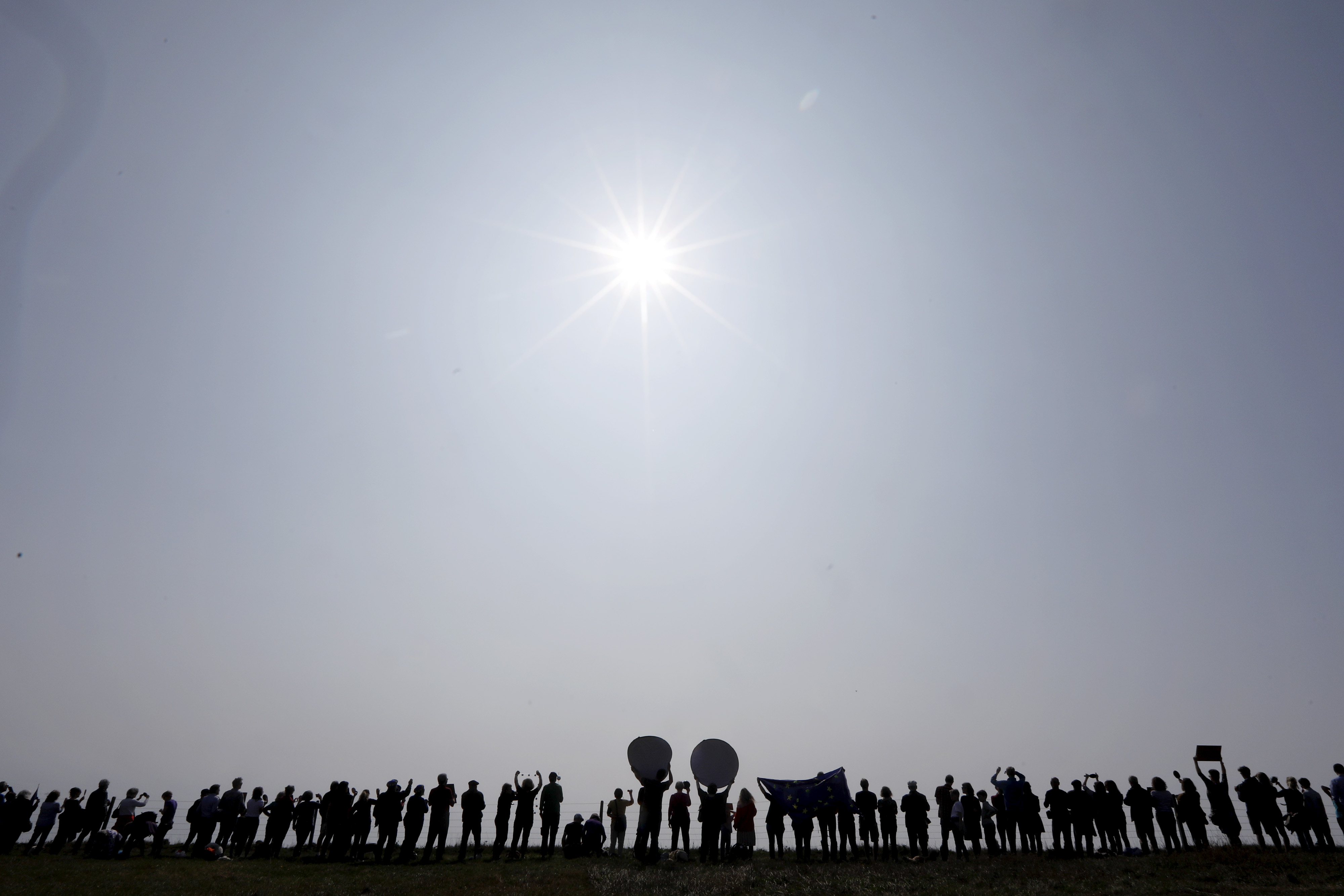 The artwork was the culmination of months of work by artist Duncan McKellar. Photo © Luke MacGregor