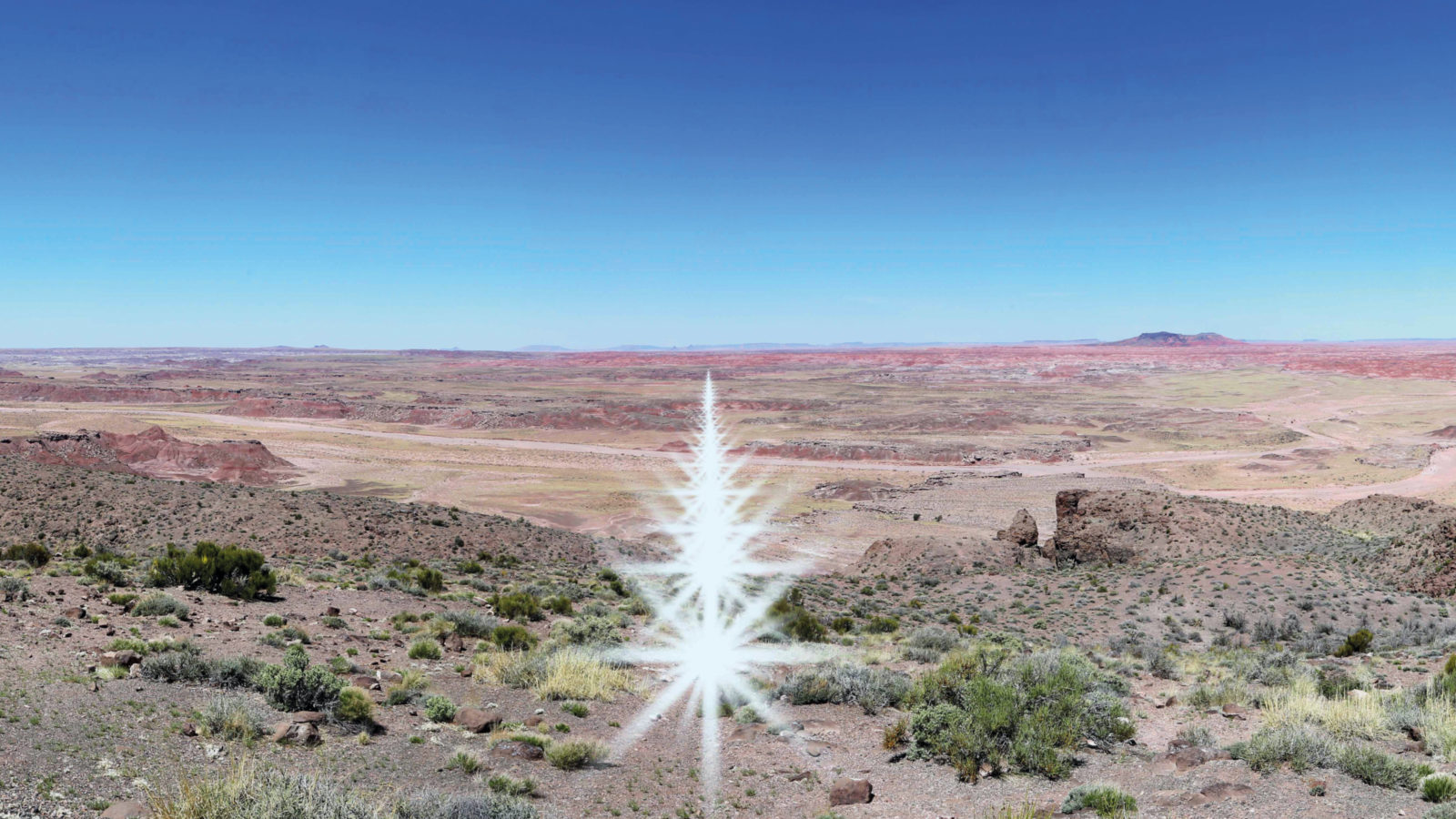 Wherever we are, whatever country we are from we all share the same world, warmed by the same sun.”

This is the message of ‘Reflect’, a mirrored art installation that British artists Duncan McKellar and David Martin plan to create along the border between Mexico and the United States – “one of the most contentious dividing lines of them all”.

Up to 50 Mexicans and 50 Americans will stand facing one another across the border, each wearing custom-made mirrored masks, which cover only the top halves of their faces. “When viewed from an elevated position, the masks will reflect a pulsating line of sun flashes that will brilliantly join together and illuminate a surreal path through the border, impossible to stop,” they explain.

David, a Bristol-based Graphic Designer, says that the project was inspired by the growing division he’s seen over recent years.

“Following Brexit and the election of Donald Trump in particular, there was a pervasive negativity in the air and we wanted to do something that would highlight the power of people working together, using one of the things that we all share – the sun,” he says.

“We could have done it anywhere but thought it most appropriate doing it at a high profile place where the dividing of people is potentially about to get a lot worse.”

Duncan – who trained at Slade School of Art – and David are currently crowdfunding for the project, which will be staged at the end of this year along the border in Arizona and Sonora. They are looking for people who live on either side of the border to get involved. They’ll be filming throughout and plan to record the final event with drones, exhibiting the film and photographs around the world throughout 2018.

Using the desert sun to unite the participants, they say they’re going to create something unique. “A hundred very different people, joined by identical masks all standing together as one, for peace, tolerance and unity – forming one incredible ‘ray of hope’”.

To keep up to date with the project and for information about their crowdfunding campaign, check out their website.