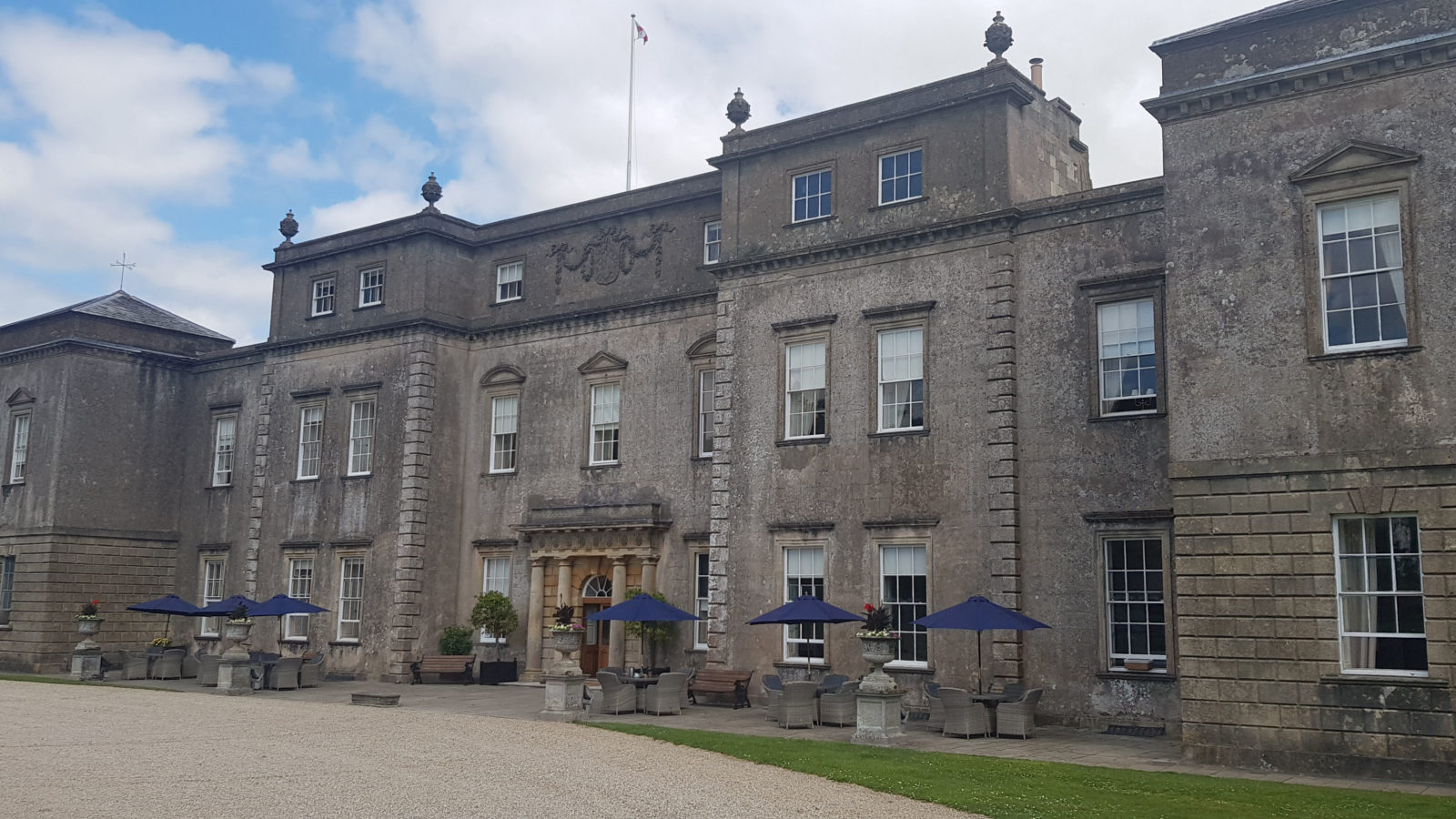 Turning into the grounds of Ston Easton Park Hotel, there’s a feeling of being transported to another era, passing under mature beech trees that shade the drive and partly obscure the impressive façade of the 18th century mansion.

Operating as a hotel since the early 80s, it’s a wonderful place to spend a special weekend, offering fine dining, elegant bedrooms and even an arthritic cocker spaniel that greets entering guests.

Located just outside Wells in Somerset, the grounds are divided by the River Norr and filled with broadleaf trees. There’s an impressive kitchen garden which supplies the majority of the food for the hotel’s restaurant.

And, for all the grandeur of the house and gardens, it’s the food which really stands out. Despite his youth, head chef Ashley Lewis has developed an impressive repertoire. Having honed his skills in kitchens in the UK and France, the seven-course taster menu is delicious, wonderfully balanced and exquisitely presented.

The dining experience starts with a drink and canape in the Saloon, the finest room in the house, where we’re served mouth-watering, slow cooked pork belly in crispy, sweet chilli tempura before being ushered into the restaurant area. 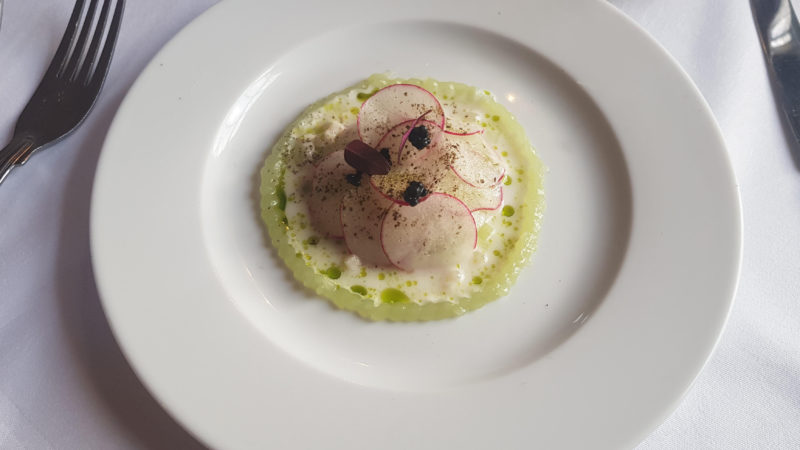 It’s a smaller room, with only half a dozen tables and old-fashioned decor. An onion veloute amuse bouche with burnt onion powder is both rich and delightfully light and is followed by a string of well balanced and incredibly pretty plates of food: seam bream with pickled apple and daikon before a foie gras with rhubarb chutney, chocolate shards and tiny brioche slices – which is suitably decadent and guilt-inducing. 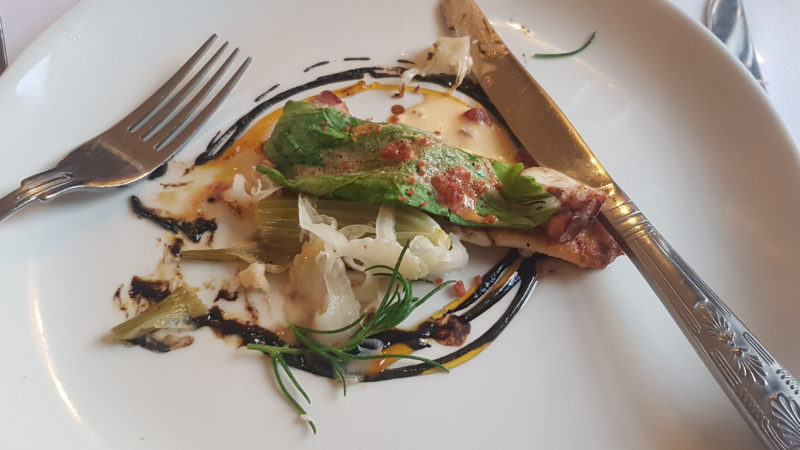 A delightfully soft strip of lemon sole fillet with octopus, fennel and chorizo sauce is encircled in jet black pepper jus and the blushing venison fillet dish with buttery pomme puree, kale, mushrooms and parsnips does exactly what it should: delivering deep, earthy flavours which satisfy the taste buds without overpowering them.

And then, all too soon, it’s time for the deserts. One is inspired by the flavours and textures of Ferro Rocher and the other is an astonishing apple parfait, encased in a globe of thin, bright green chocolate to resemble the star ingredient. 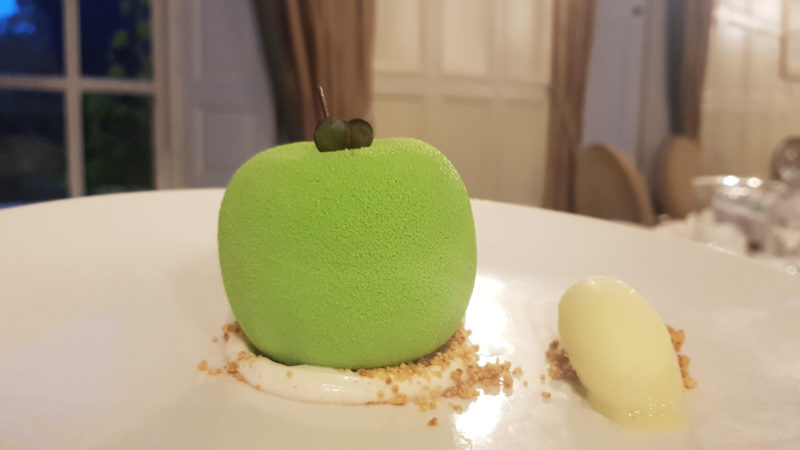 We’ve requested a wine flight with our meal and while these are all well paired, it feels like our enthusiastic American sommelier is restricted by a narrow selection. However, there is a choice of three profoundly different dessert wines, all of which we’re permitted to try in order to make our final decision.

After dinner we descend, whisky in hand, to the snooker room. Downstairs in the house’s former servant quarters, by then we’re immersed in the spirit of by-gone epoch.