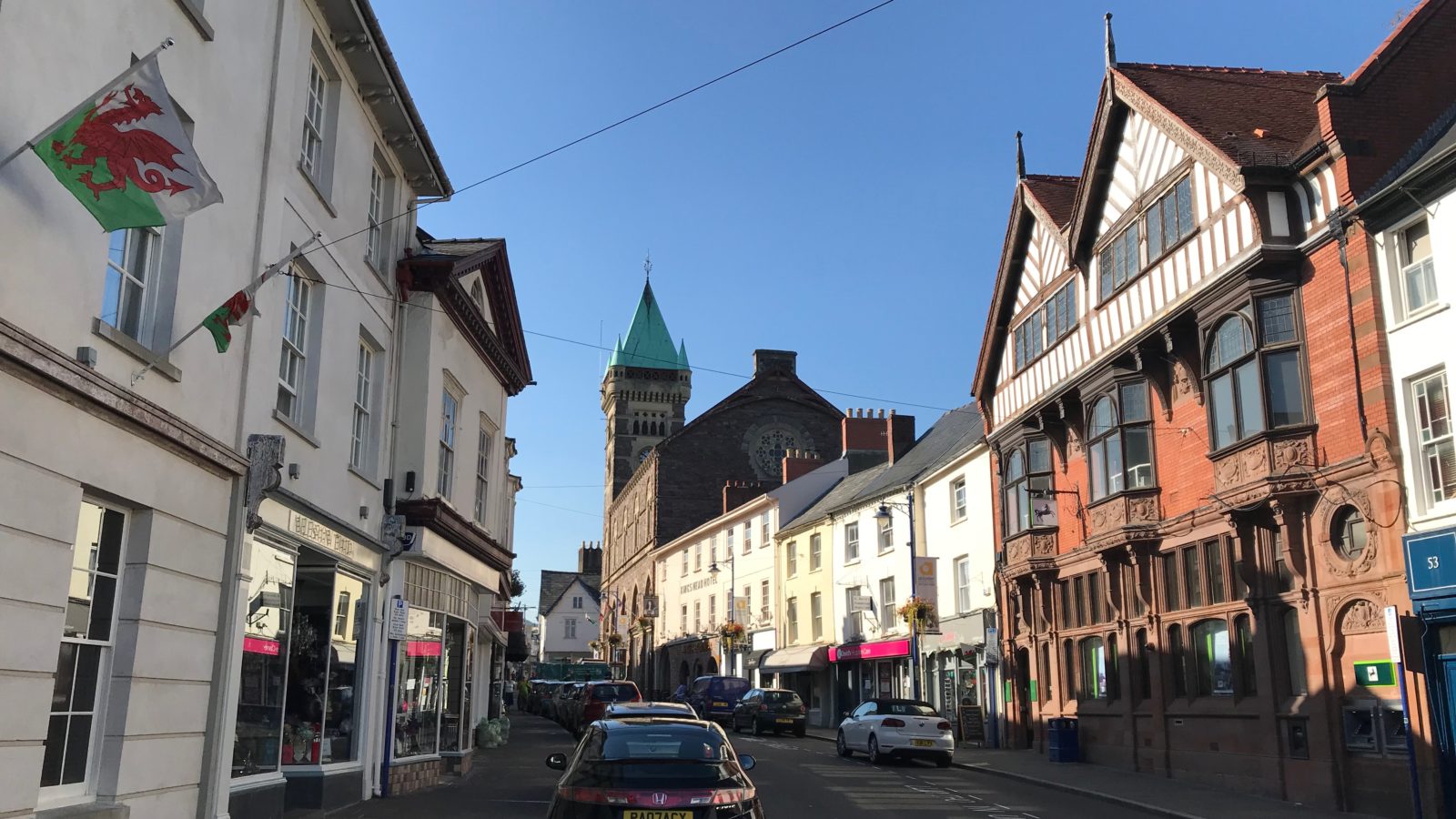 During the recent late August Bank Holiday weekend, guests spilled onto the pavement outside the King’s Arms, drinking pints on St John’s Square opposite the 16th century coaching inn in order to soak up the last of the Sunday evening sunshine.

A cold beer was definitely needed when we arrived into Abergavenney after a three-hour journey from Bristol on two hot trains and two even hotter buses. Here’s a tip: do not to coincide a visit by public transport to this bustling market town just 31 miles away from Bristol as the crow flies when a rail replacement bus service is in operation.

Fortunately, our return train to Temple Meads with just one change at Newport took only an hour and 15 minutes – just one of the reasons why the ‘gateway to Wales’ is so popular with visitors from Bristol. 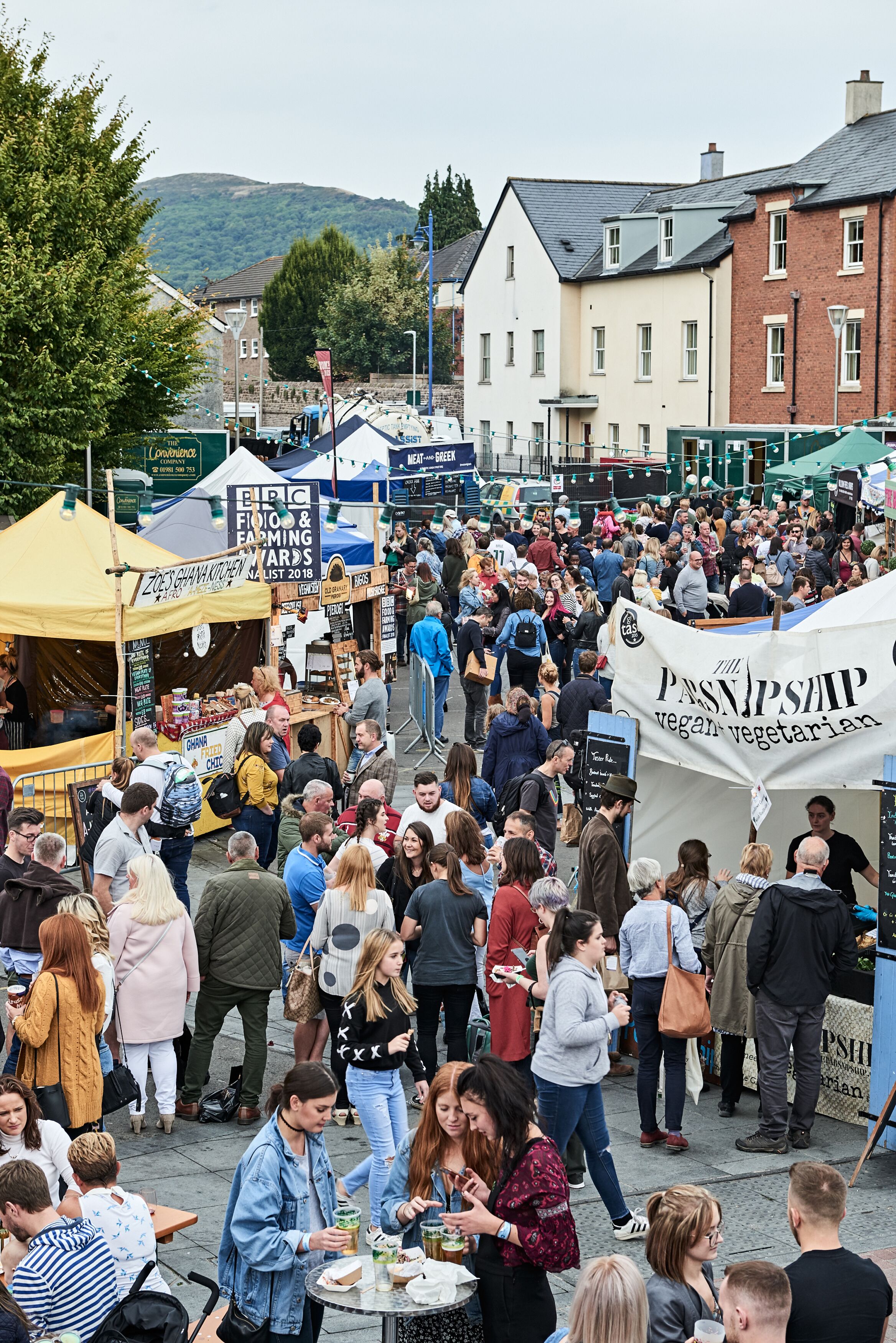 So popular in fact that during the Abergavenny Food Festival this month you will be just as likely to bump into some of Bristol’s best known food and drink names here as on Gloucester Road.

Among the venues hosting festival events (many of which are free) is Abergavenney Castle, whose grounds play host to outdoor theatre during the summer months and proved lots of fun for my young daughters to run around during our visit to the town.

The only part of the castle still standing now houses Abergavenney Museum, within which is fascinating display representing what a grocers shop in the town would have looked like in the late 1940s and early 1950s. A jumble of stone ruins outside come from the castle being destroyed once in 1233, and then again more than four centuries later in the Civil War of 1645 to 1646. 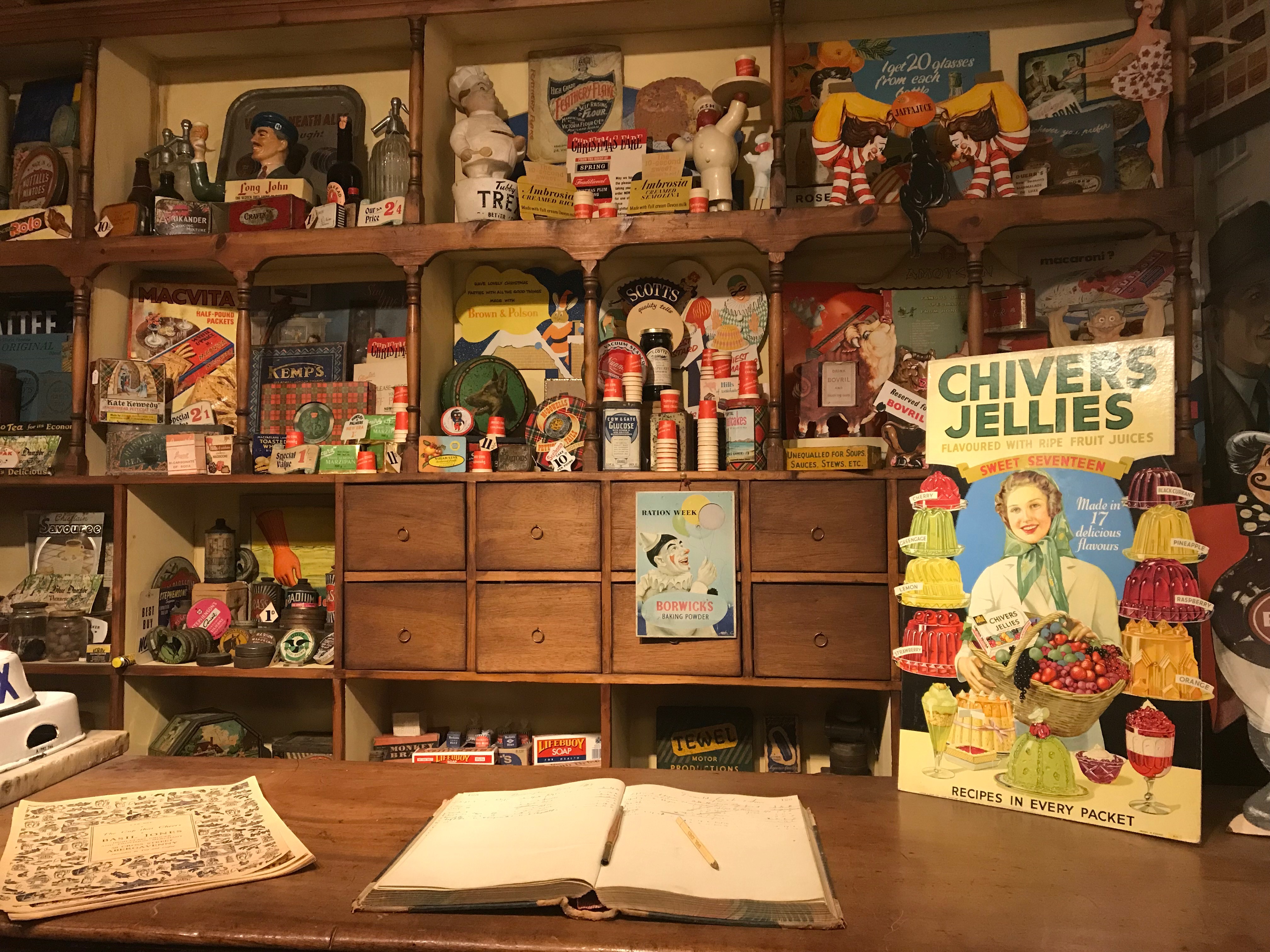 As well as food and drink, there’s plenty of museums and shops to keep you entertained

Along the mostly pedestrianised main thoroughfare of Frogmore Street, avoid the likes of Caffè Nero within timber framed buildings and instead walk up Lewis’ Lane under some overhanging ivy for a selection of independent businesses including Baker Street Cinema in a former drill hall and Chesters Wine Merchants.

At the Grofield Inn just over the road from the cinema – a pub whose recent modernistion has sucked much of the life out of it – I enjoyed a pint of Llandogo Trow bitter from the Kingstone microbrewery based in Tintern in Monmouthshire, raising my glass as I did so to its near namesake pub on King Street in Bristol.

Being a Bank Holiday, Marches delicatessen on Nevill Street just a stone’s throw from the Kings Arms was unfortunately closed. We did, however, enjoy a few drams of the Brecon Beacons’ finest Penderyn whisky at the Kings Arms (where our family room was located along a corridor slanting at an angle that will do no favours to anybody who has sampled too much drink ) followed by a fine cooked breakfast the next morning.

Finding many places closed, I had previously bought a small souvenir bottle of Penderyn from a gift shop where most of the shelves were full of fluffy red dragons and ‘keep calm and cwytch’ t-shirts. 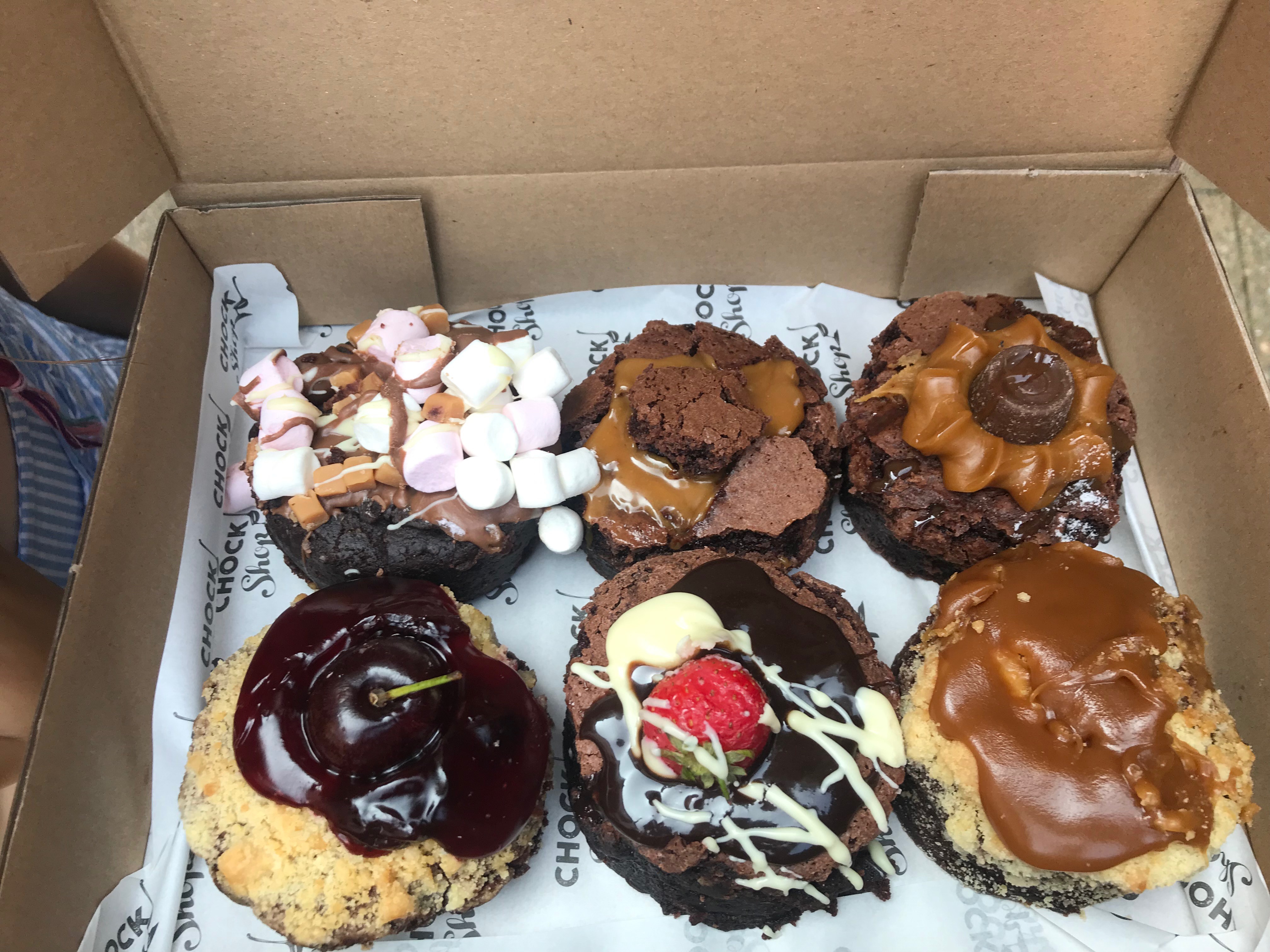 The handmade, hand baked and hand finished brownies are all made using chocolate with a minimum 70 per cent cocoa solids – which were not too much trouble at all to demolish in the Bank Holiday heat.

Abergavenny Food Festival 2019 will take place in the Monmouthshire town on September 21 and 22. For details of this year’s speakers and what’s on, visit www.abergavennyfoodfestival.com