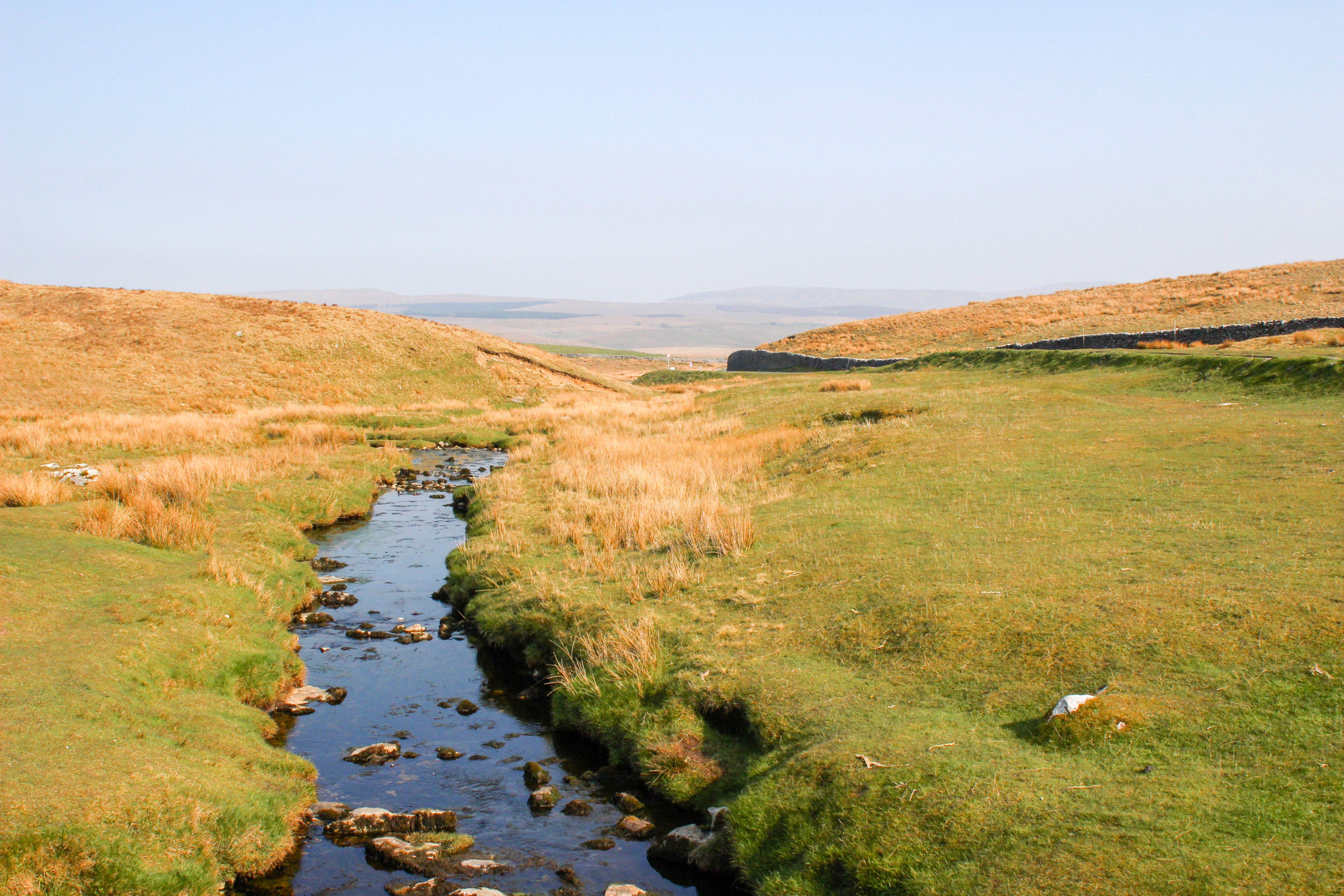 A man in green waders stands perfectly still in the rushing water, an empty net slung over his back. A long line stretches out to where the trout and grayling are evading him below the sparkling surface. I watch from the riverbank as he twitches the line a couple of times, brings it back in and casts again. “They’re cleverer than me,” he acknowledges cheerfully.

This wide, shallow stretch of the River Ribble is about a mile from the characterful Shireburn Arms in rural Lancashire. The sheep keep the grass close-cropped on soft rounded knolls, before the footpath enters a shady wooded dell. Tiny streams trickle down through torrents of bluebells and wild garlic, and then the land opens up with the rush of the river. Having stayed at nearby Stonyhurst College while writing The Lord of the Rings, JRR Tolkein reputedly based Hobbiton on the idyllic scenery. As the fisherman wades back to his spot on the opposite bank, the only sounds are bursts of birdsong, burbling water, and the occasional plop of a jumping fish, flaunting its freedom. 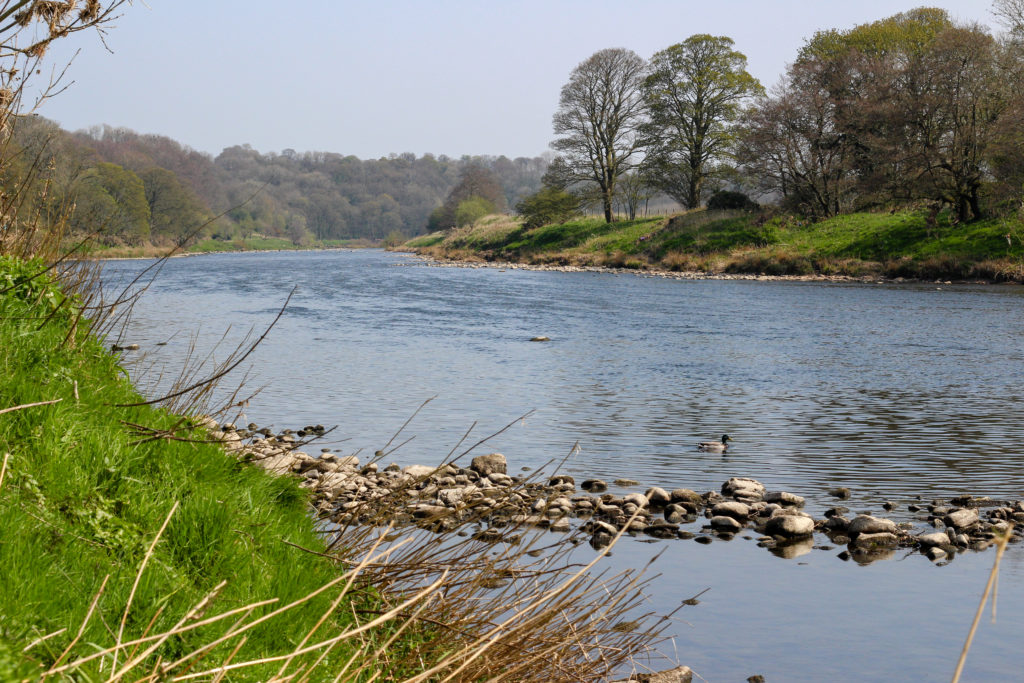 From its emergence as a small stony beck, the Ribble runs off the high North Yorkshire moors and gathers pace. Running alongside it for 72 miles is the Ribble Way, the UK’s first riverside long-distance footpath. It’s a quiet but well-signposted stomp westwards along what was once the northern boundary of Mercia, the ancient Anglo-Saxon kingdom that became England.

The first section passes through spectacularly stark fells, the Ribblehead Viaduct leaping between them. As the river drops off from its highest point, the horizon is hidden behind treeless moonscapes on all sides. It’s an excitable trickle at Horton-in-Ribblesdale near Settle, where a man rebuilds a dry stone wall and the sheep are the loudest sound: not yet a proper river. 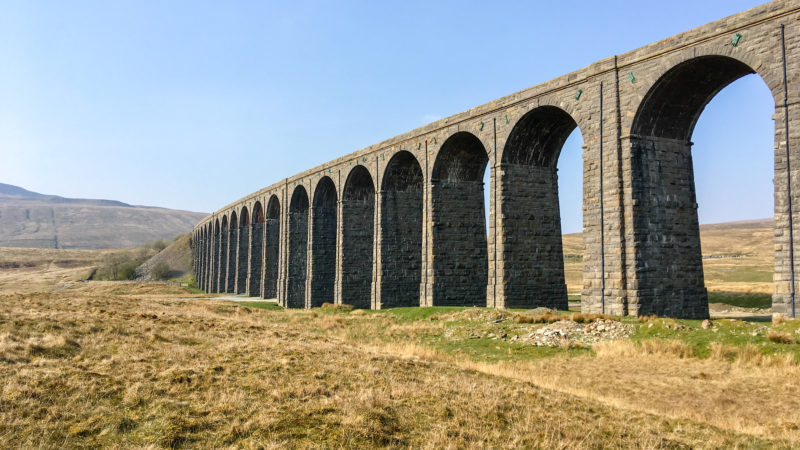 Ribblehead Viaduct is near the source of the river

The Ribble enters Lancashire in a thicket of woodland, near the very tip of the Forest of Bowland. The land is gentler and greener here, still home to a handful of hen harriers that share the grouse moors. In the shadow of hulking Pendle Hill, the waters widen as they find Clitheroe. From up on the walls of the 12th-century castle it is hidden in a ruck of trees, but down on the water a few miles on I see the same square walls hanging in the hazy sky, as I reach a bend that really could be Hobbiton.

The Ribble continues to twist through the valley before skimming the outskirts of Preston as it races for the Irish Sea. The city’s location was exploited by the Vikings, who used it as a stopping off point between York and Dublin, and on an unassuming bend near the M6 an enormous hoard of Viking silver was discovered in 1840. At the time, Preston’s dock was on its way to becoming the largest of its kind in Europe, with a steady cargo of cotton feeding the textile mills. The shallow estuary of the Ribble had to be dredged to keep it navigable, a practice that stopped with the closure of the port in 1981. 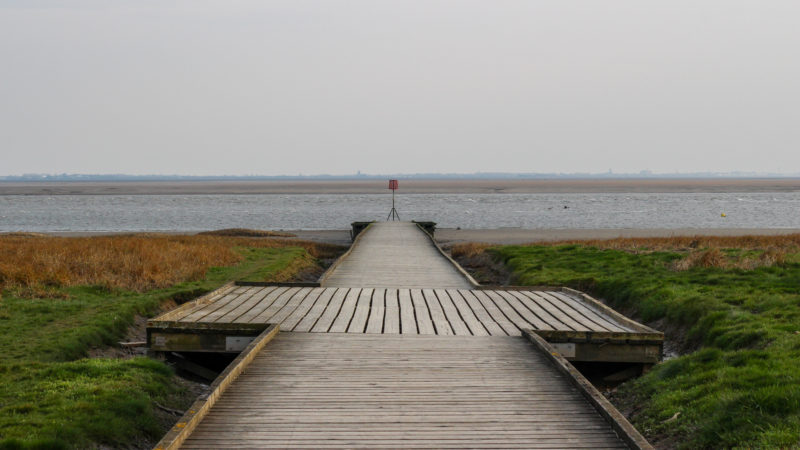 The Ribble reaches the Irish Sea at Lytham, where the silt has created important marshland habitats

Now, the river wiggles through green-brown saltmarshes and drifting sandbanks as it reaches coastal Lytham and its endless horizon. Seashore aster blooms a delicate pink next to bright green samphire; a habitat vital for migrating waders and wildfowl. Wigeon from Siberia, pink-footed geese from Iceland, scoter, sanderling, and ringed plover all spend the winter here in huge numbers. I wander down to the end of the boardwalk beside the lifeboat station and watch a couple of oystercatchers pick along the soft shoreline. Their calls to each other are lost over the rush of the wind.

In the 1930s, common cockles and blue mussels were forced to convalesce in huge tanks here because of pollution. Now the waters of the Ribble are so clean that Atlantic salmon use them to spawn, powering their way upstream every autumn. They flash past Preston and swim out of Lancashire, leaping up rocky waterfalls outside Stainforth. They navigate by the smell of the water to find the spot where they hatched. The fishermen don’t stand a chance.

A handful of miles from where the Ribble passes under the M6 is the spectacular Samlesbury Hall. The black-and-white Great Hall dates from 1325, with vaulted ceilings and huge ornate fireplaces. Within the site is The Hamlet, a clutch of luxurious en-suite shepherd’s huts that sleep four in comfort (from £59). As evening draws in, the campsite is full of the smell of wood smoke and lit by lanterns. Breakfast is available beneath the beams of the hall’s restaurant, which offers a full English for £7.95 with eggs from their own hens.

Book your stay at The Hamlet by visiting www.samlesburyhall.co.uk.

Read more: Bristol to Beesands in a campervan