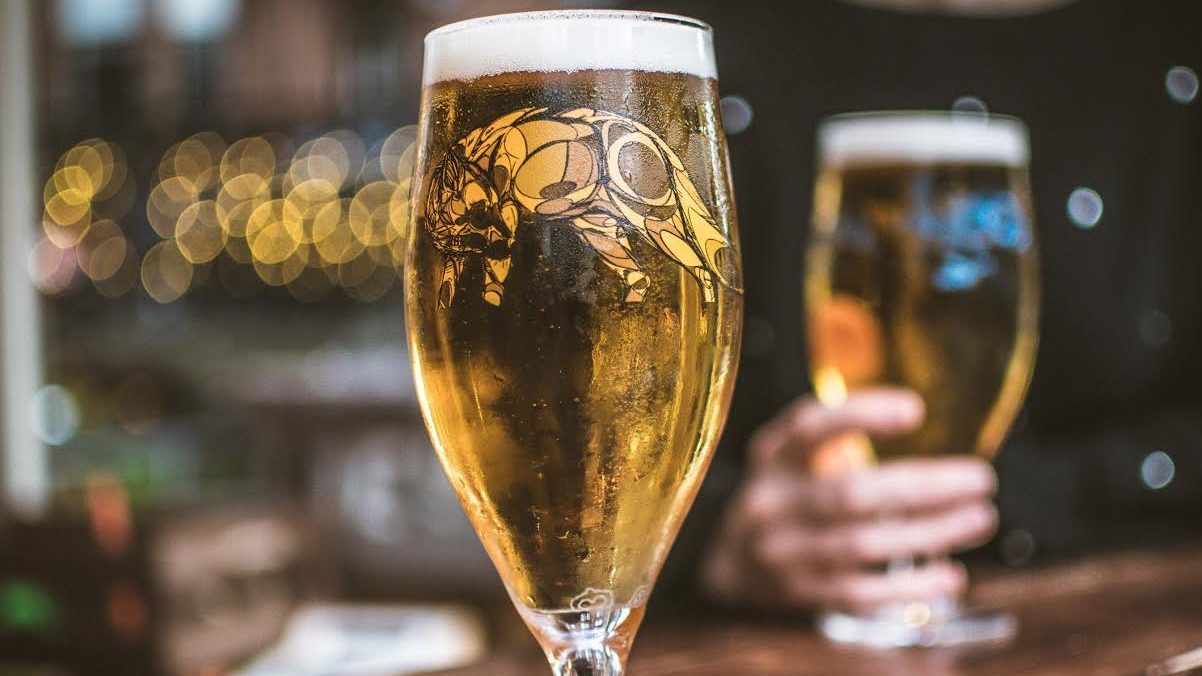 The country of Belgium, bordering the North Sea and nestled between France and the Netherlands, offers a rainy welcome on a recent Tuesday night.

It’s a small country with a population of around 11 million people and is the home of the European Parliament, the North Atlantic Treaty Organisation and the European Union. Among its claims to fame are chocolate, bars and pubs that never shut and world-famous fries.

Belgium is also famous for its beer and Heverlee, a brewery based in the country, have invited a group of drink-lovers from around the UK to discover more about the drink.

Arriving into Brussels from Bristol (via Amsterdam’s Schipol Airport), the downpour is relentless. Taxis wait outside the Arrivals terminal, offering respite from the rain. I ask to go Leuven, and a driver responds with: “nothing is more than 45 minutes away in Belgium, we’ll be there quickly”, as I get into the taxi, away from the rain. 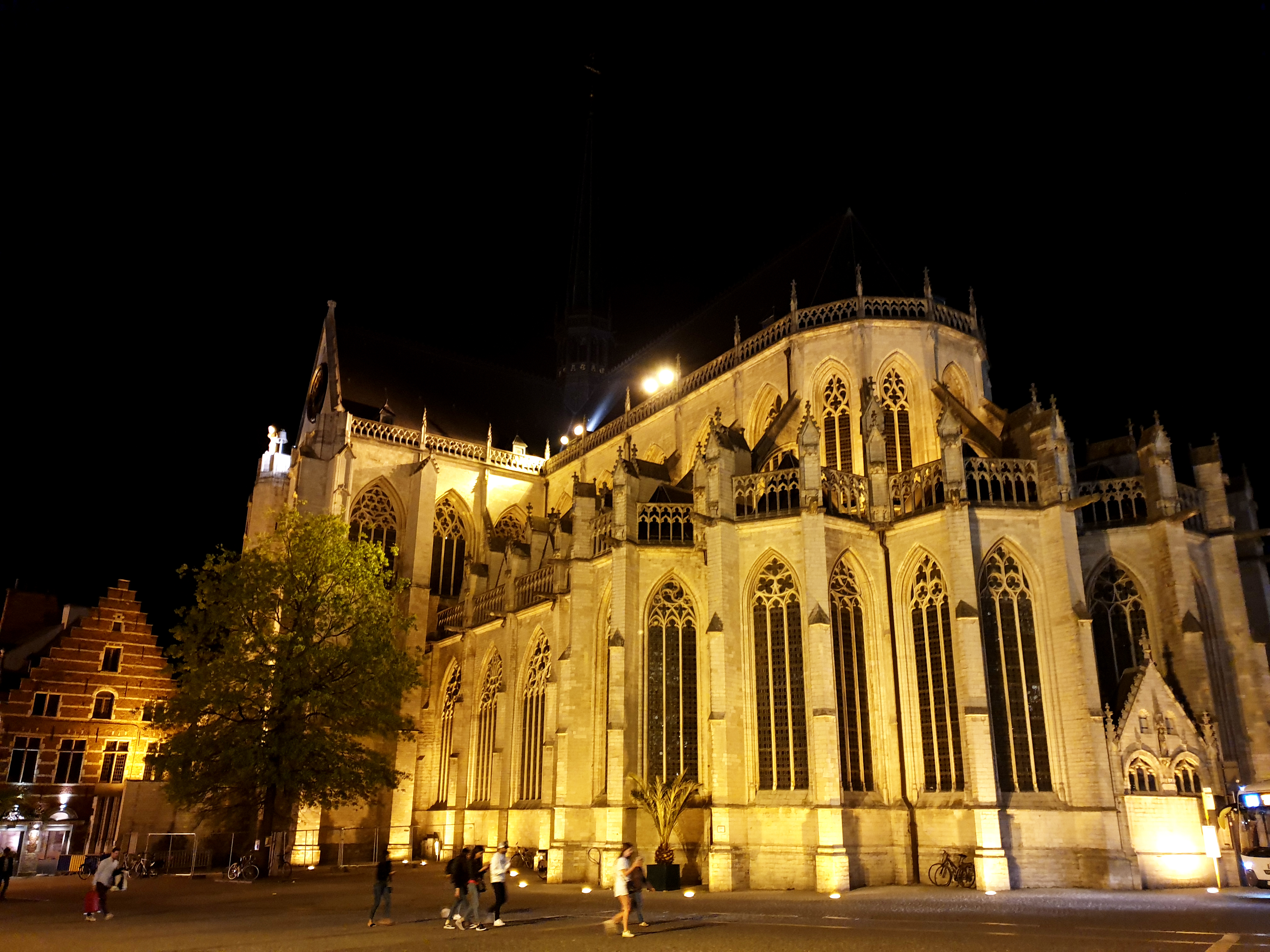 Located around 16 miles outside of the capital, Leuven is a popular student city and also has a strong history of brewing. It’s the birthplace of several beers including Domus, Stella Artois and Keizerberg.

It’s approaching midnight as the taxi pulls into the historic city, but the people of Leuven aren’t ready to sleep; every pub and bar spills onto the street and the winding roads are full of students going to nightclubs.

Weaving through the crowds, the town hall looms over the Penta Hotel, a stylish city location to spend the night. The décor of the hotel is dark, sophisticated and somewhat intimidating but the staff in the bar/reception are attentive and kind. Heading upstairs, it’s a quiet night in before breakfast in the hotel the following morning 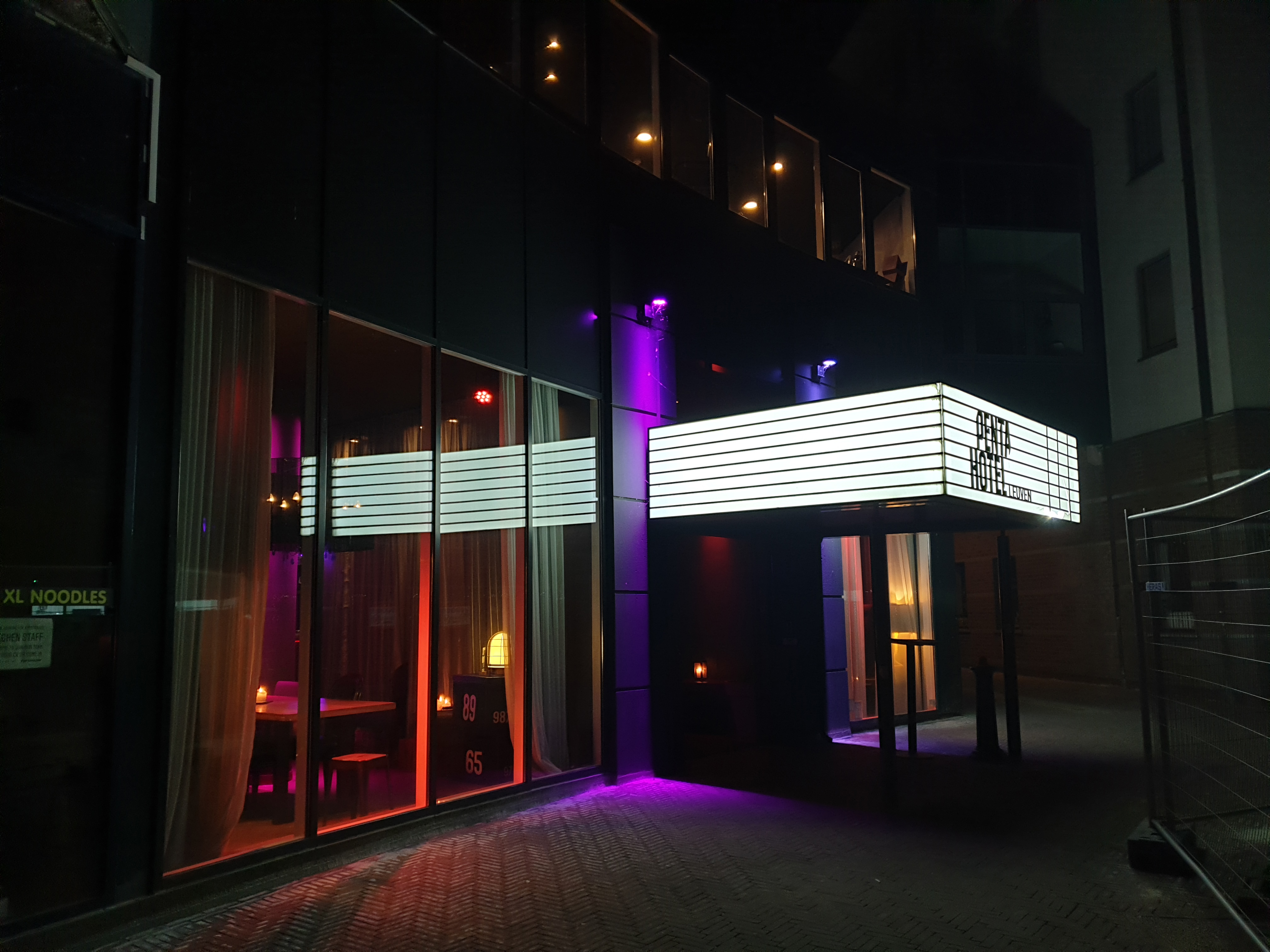 Leuven in the day is a beautiful, picturesque city. The cobbled roads lead to independent shops and cafes and there’s a park hidden around the corner from the hotel, complete with ruins, spring blossom and a duck pond.

A short coach drive away from the town is Park Abbey monastery. At 890 years old, it was in a poor state until recently. With the help of funding and profits from Heverlee beer, the monastery is being restored, with repairs to be finished by its 900th anniversary in 2029.

With imposing architecture, four lakes and a beautiful brasserie, Park Abbey and its surroundings are a sight to behold. It’s currently home to a dozen Norbertine monks, two of who give the group a tour of the monastery and its restorations. Despite building works, it’s a beautiful building of gothic, renaissance and Baroque design. 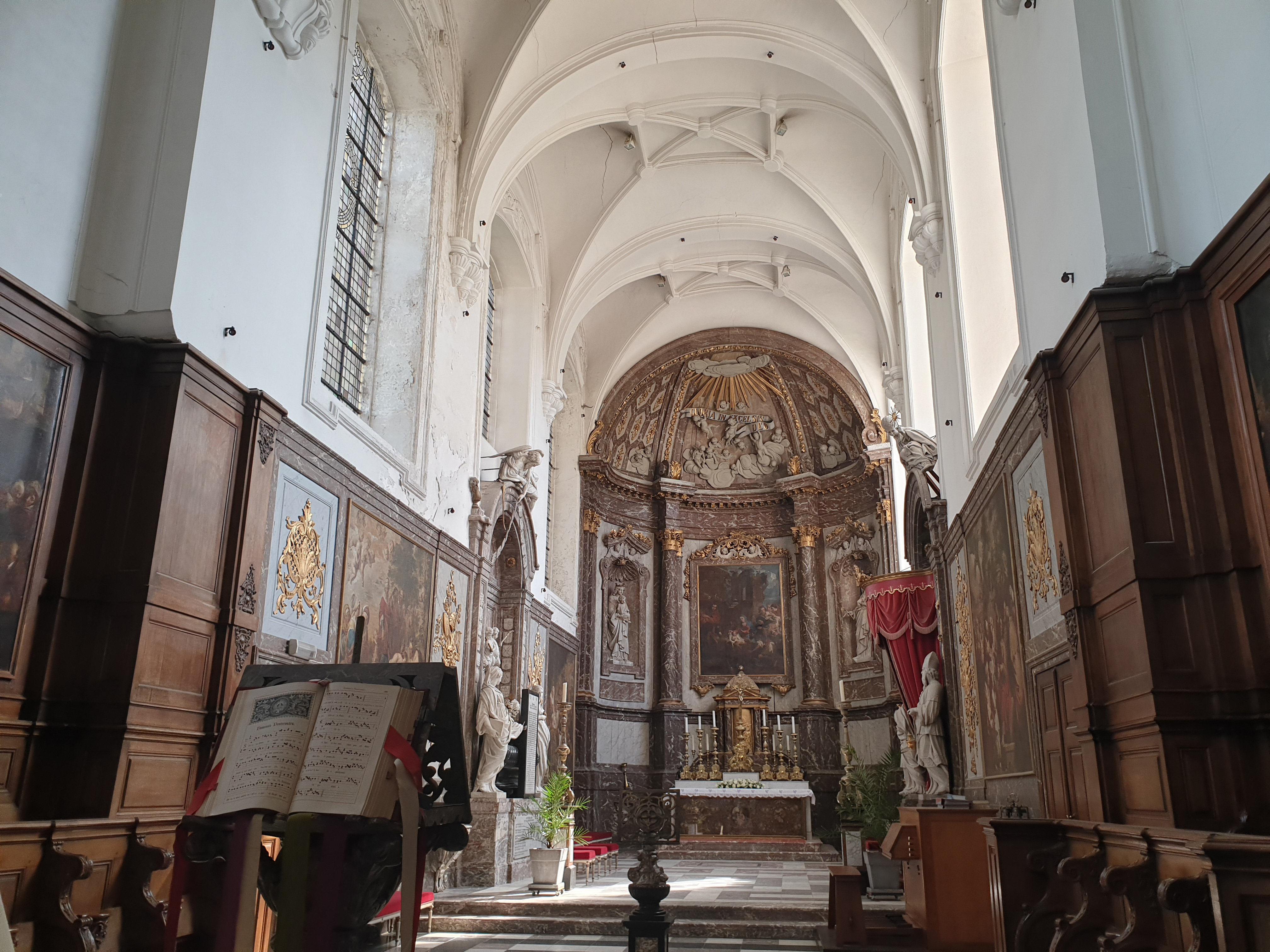 The most recent jewel in Park Abbey’s crown, however, is Heverlee Beer’s new brewery which opened in June 2019.

Beer is an important part of the monastery as monks have brewed the drink here since 1129. As lunchtime calls, we head to the brasserie in the restored mill and on the menu are three Belgian beers – Duvel, Vedett and Heverlee.

Accompanied by local Elsen cheeses, a buffet lunch of open sandwiches and, of course, Belgian fries, the breeze blows in from the nearby lake as drinks are poured and the cuisine tasted. It leads to a hazy afternoon, spending some time enjoying the sun while lying on the abbey’s lawns before boarding a coach to Antwerp.

An hour and half north of Leuven and located on the River Scheidt, it’s a blustery and showery welcome to Antwerp as the we head towards Hotel O Kathedral in the city’s historic centre, offering unrivalled views of the square with rooms that are both chic and comfortable. 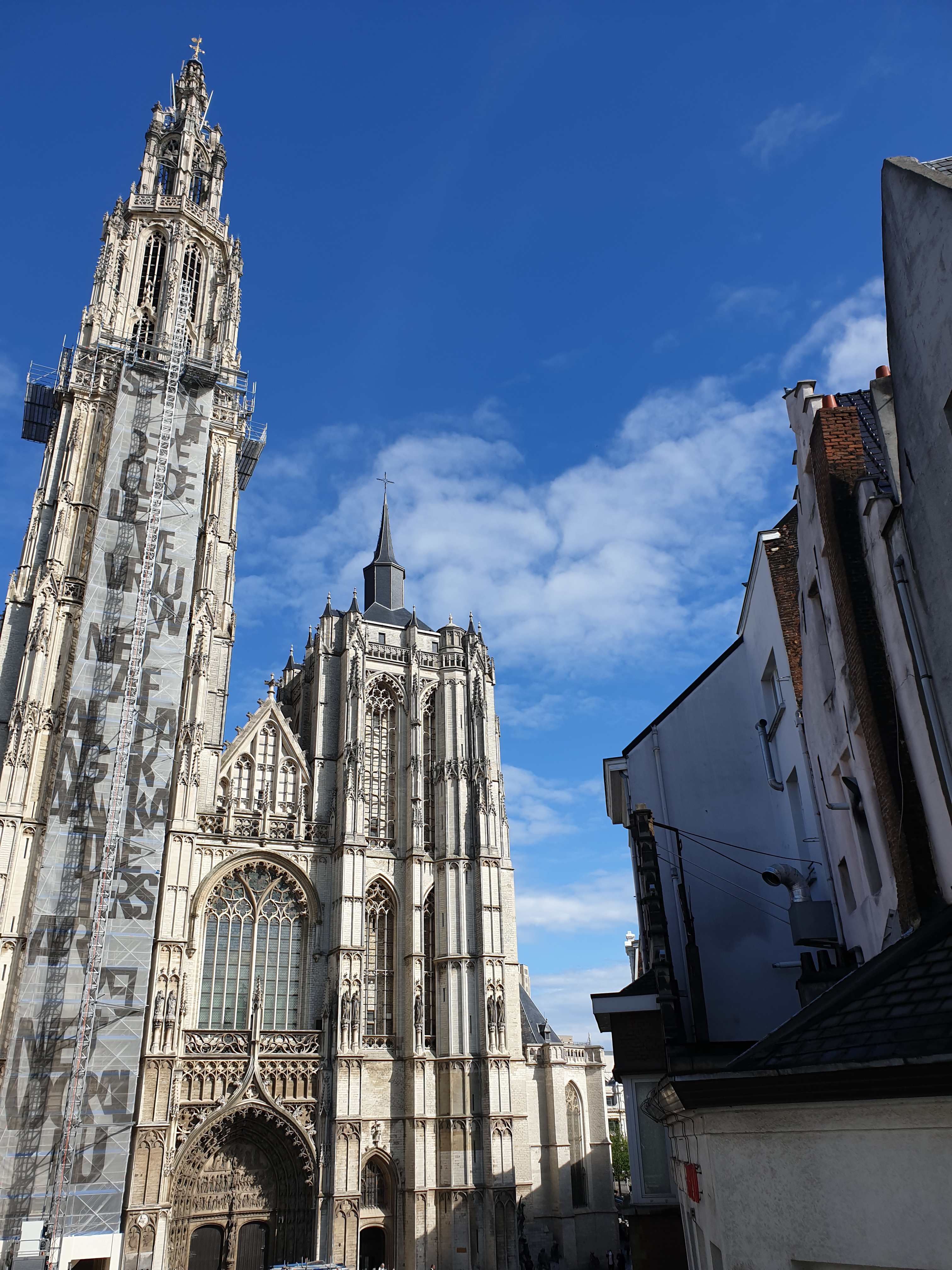 The evening begins with drinks in a nearby bar before a classic Belgian dinner of small plates. The rain becomes unrelenting, but the warm atmosphere from the locals ensures that the weather is quickly forgotten.

The following morning in Antwerp begins with a visit to the Museum of Modern Art, where the open top roof offers sweeping views of the city. There’s no time to explore the exhibitions as we are joined by a local Street Art Antwerp tour guide for a walk through the city instead.

Much like Bristol, Antwerp is famed for its street art, with young artists supported through training programmes and there an annual festival taking place every August.

Underneath a bypass just outside of the city centre there is even space for legal graffitiing and street art. Hard at work is local artist DZIA, who paints two birds. He finishes his piece offers his paints for a street art workshop.

Donning hoodies and gloves, we get to work. A rainbow of coloured spray paints are on offer and DZIA has already created some outlines. It’s a fun task, although it’s clear that no one, other than DZIA, has any street art skills. 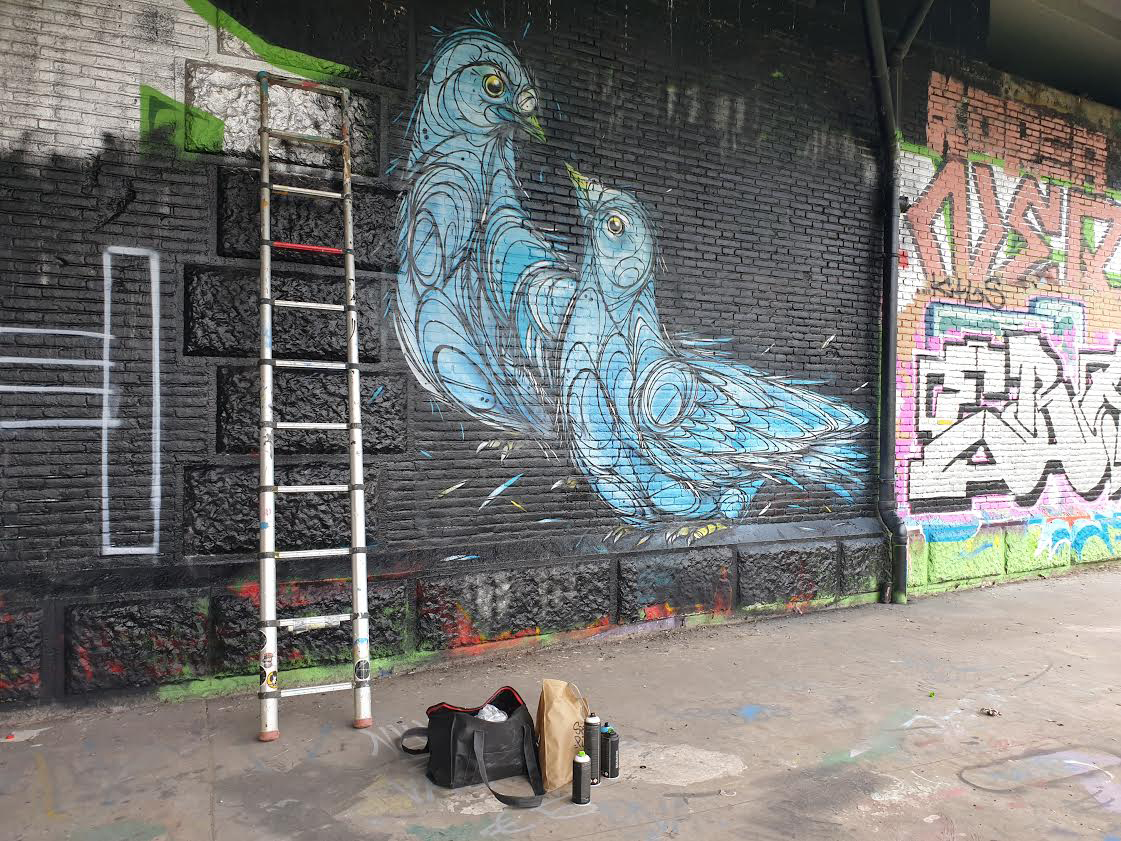 Street art by DZIA in Antwerp

As the showers continue, lunch beckons us, but early flights mean several individuals, including myself, have to cut the trip short and head to the airport.

A taxi makes the trip to Brussels, where a plane is scheduled in the evening. After 36 fuelled by alcohol, it’s a chance to spend some time browsing the shops for Belgian souvenirs and, of course, more beer. 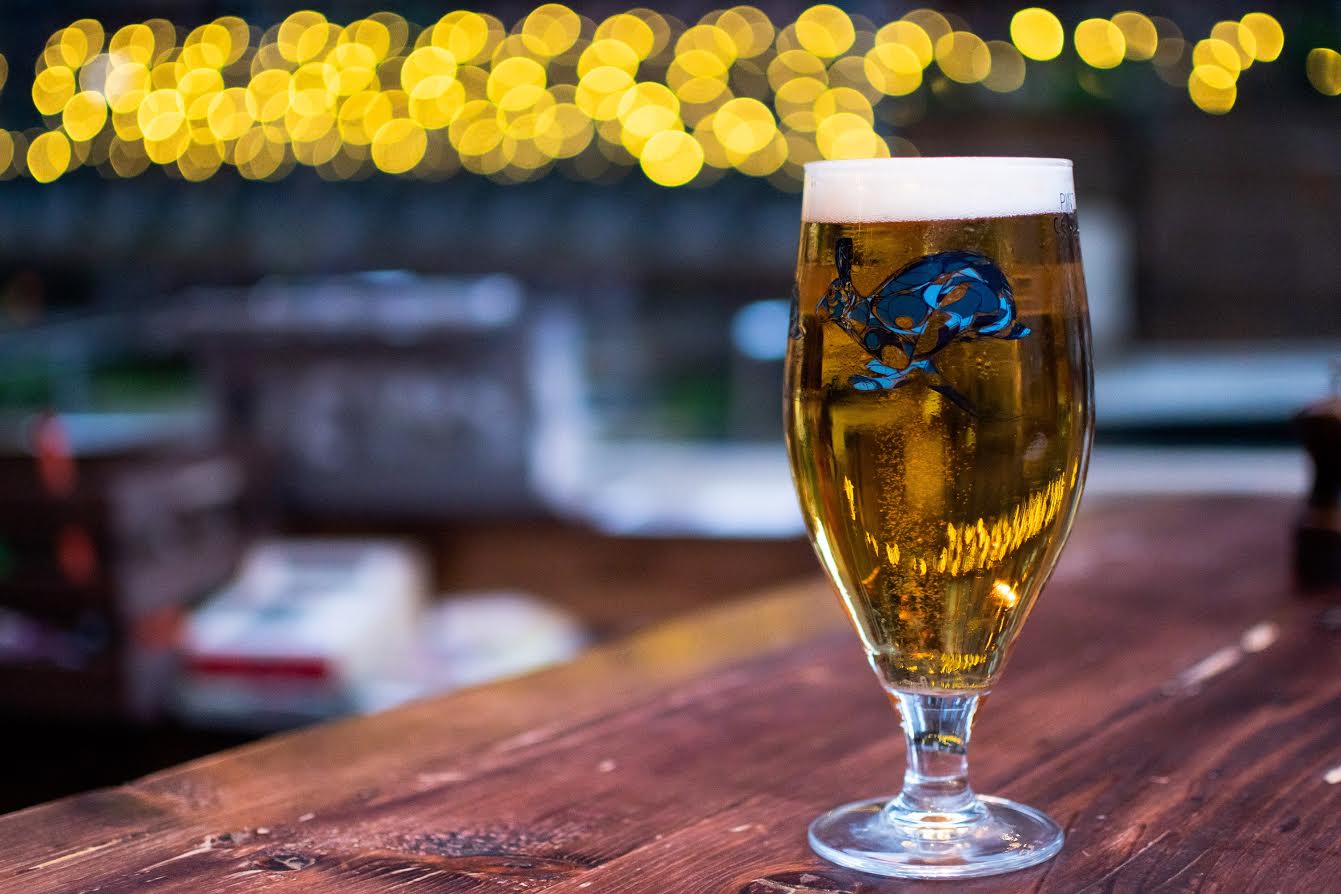 Heverlee beer in a glass designed by DZIA

Heverlee are bringing a Belgium micro-festival to Bristol this summer, go to www.heverlee.com to find out more.