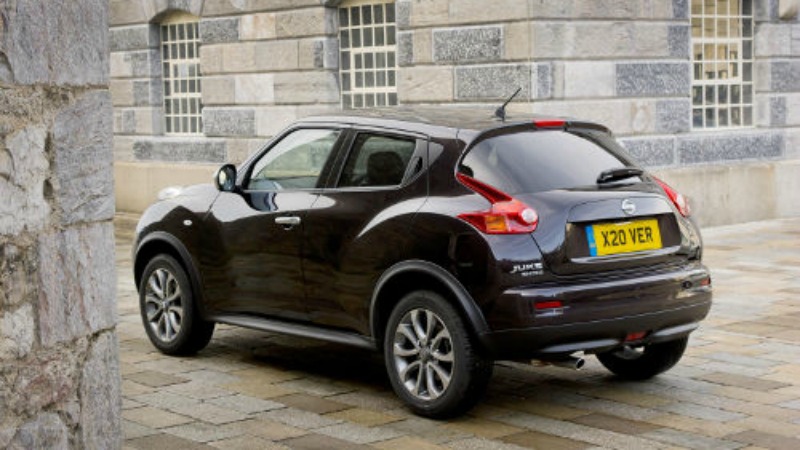 Eye-catching design at an attractive price. That is the combination on offer from Nissan with its Juke, the increasingly fashionable compact sports utility vehicle. There is no denying it, it is a great design that from a distance looks like a three-door but thanks to cleverly concealed rear door handles it is actually a five-door vehicle.

For under £15,000 excluding VAT it represents extremely good value for money, too.

It seems to appeal to all generations from the young girl who cycles past and tells her dad how she likes it, through to the middle-aged man who simply stands and stares and the gentleman of senior years who I spot driving his in Weymouth.

Arguably the brown finish of the test vehicle really does lend itself to the design although I feel that cream leather upholstery would compliment this particularly well. As it is, the black cloth seats are comfortable even over a fairly long journey from Hampshire to Dorset.

The raised ride height is always a welcome bonus for me because it gives greater command of the road. It also allows the driver to spot parking spaces that others do not in packed car parks. I find the 1.5 diesel unit pleasantly poky at speeds under 60mph with third gear being very receptive between 30mph and 60mph.

Over that speed it proves slower than expected and at times struggles to hold its own while in the outside lane of the motorway. Hills slow it up a bit requiring a change down to fourth gear but it is only a 1.5 litre and a diesel and so overall it does a good job. With hard driving it will return over 40mpg. The best recorded was around 47mpg.

Perhaps surprisingly the Juke really does hold the road and feels like it is on rails when cornering, meaning that it can be driven with gusto even round bends. Rather than simply being an attractive head-turner it is also pleasingly a driver’s car helped by the fairly hard suspension.

The n-tec model tested also comes fitted with cruise control which is useful for motorway cruising. The test takes place just after the UK has been badly battered by storms and the Juke copes with the floods admirably. Just down the road from my parents in law there is an enormous flood that has previously shut the road but the Juke makes light work of it.

Reversing the Juke is made easier by the camera display on the dashboard. Without that it would be a little tricky due to the design of the rear.

While we’re talking about the rear, it looks a little awkward to me, there is something that could be improved about it but I can’t quite put my finger on it. Head on and the side profile both get a firm 10 out of 10 but the rear gets eight.

Inside is well equipped with all round electric windows, air conditioning and sat nav as you can see in the video at testdrives.biz. I also like the bulbous chrome door handles. There is enough room inside for four or five occupants to be comfortable and the boot is large enough for a pushchair.

A very capable and enjoyable SUV.

Facts at a glance