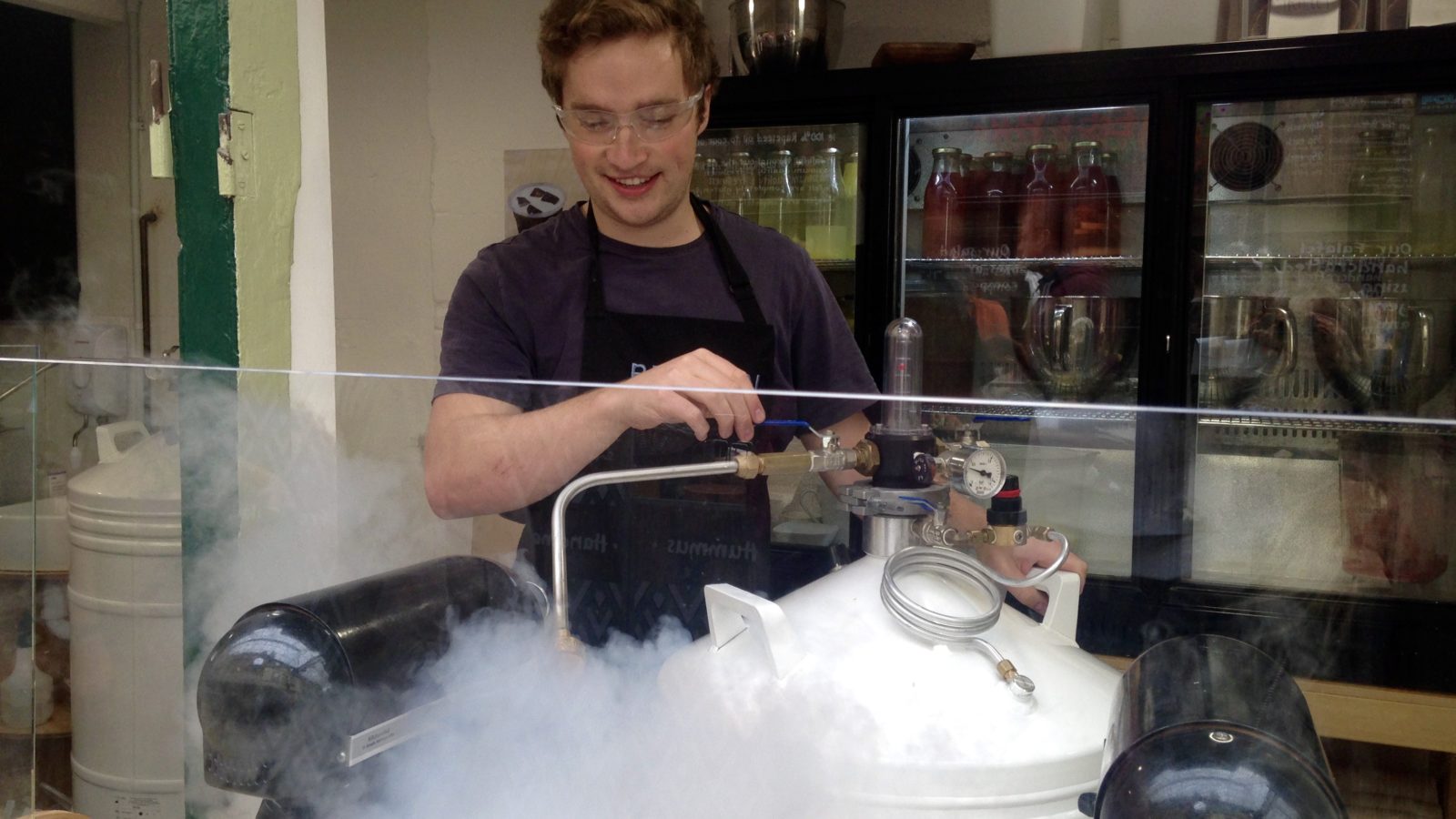 Protected from temperatures of -320 degrees Fahrenheit, customers of Brozen are shielded by a glass screen as they watch a mesmerising ice cream-making process unfold.

Liquid nitrogen is added to a mix of fresh ingredients, turning the liquid yumminess into silky ice cream within 30 seconds. Not only do people get to watch the magical process of their ice cream emerging from an atmospheric liquid nitrogen cloud, but also the stuff tastes amazing.

By freezing the ice cream mixture faster than with tradition methods, the crystals produced in the process are much smaller, resulting in an incredibly smooth consistency. 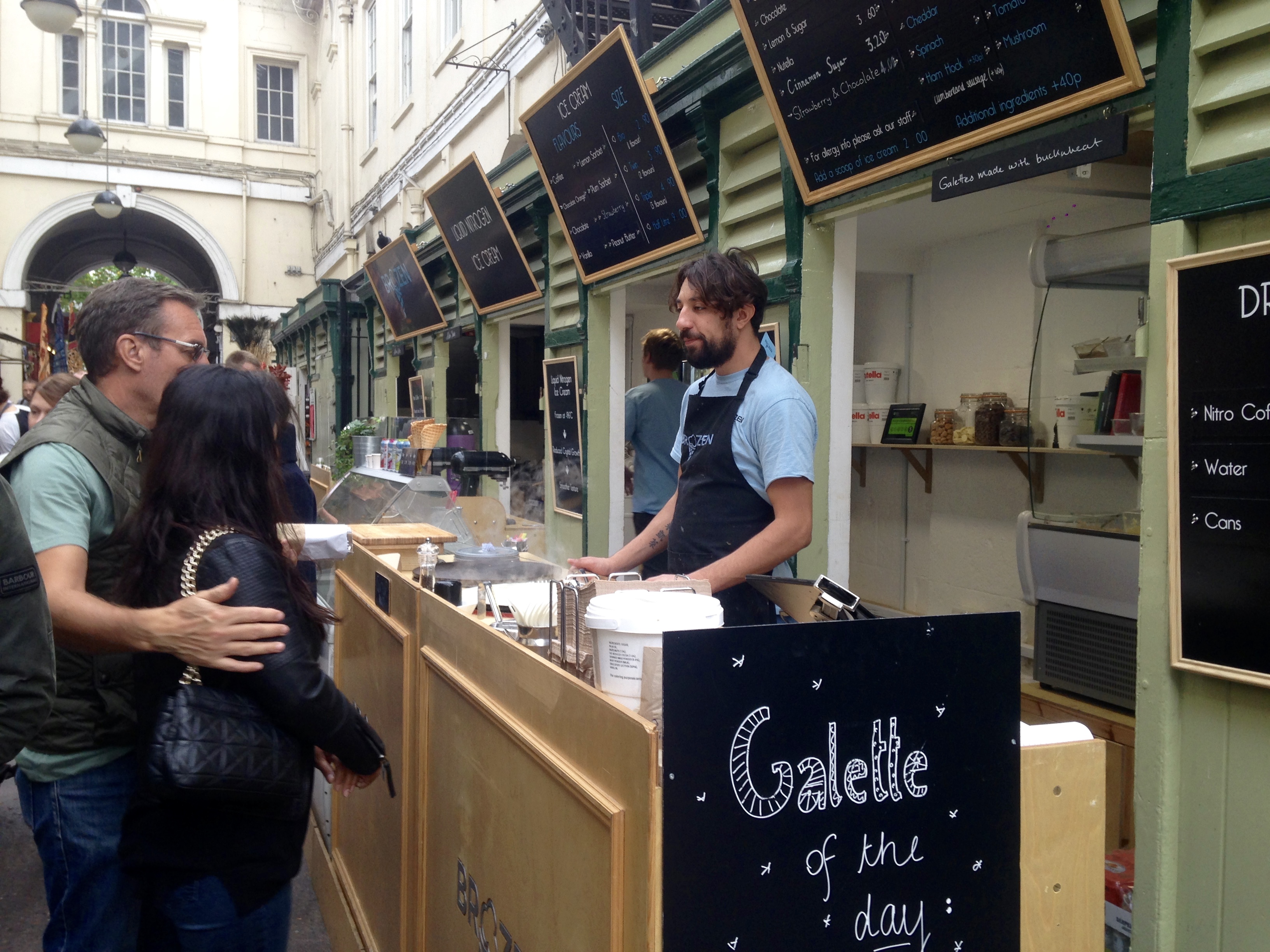 Brozen is the brainchild of Ben and his twin brother Joe: an ice cream fanatic who was found in bed with an ice cream tub and a spoon aged three.

This passion continued with regular ice cream-making sessions at home, until, a year and a half ago, the twins took off on an ice cream hunt across Europe.

A six-week bike tour ensued, seeking an answer to the question: “Can we make ice cream better?”. The pair then returned to Bristol to open Brozen.

A year on from opening their shop in the buzzing glass arcade of St Nicholas Market, co-owner Ben was palpably excited, chatting as he mixed up a batch of fresh ice cream for a couple of customers. “We’re always improving the business,” he said.

“We’ve got lots of great products coming through and a second business opening soon, called Brozen Bar. We’ll be selling cocktail ice creams and sorbets along with traditional cocktails and some other interesting combinations, hopefully things like Sgroppino, a delicious Italian cocktail”. 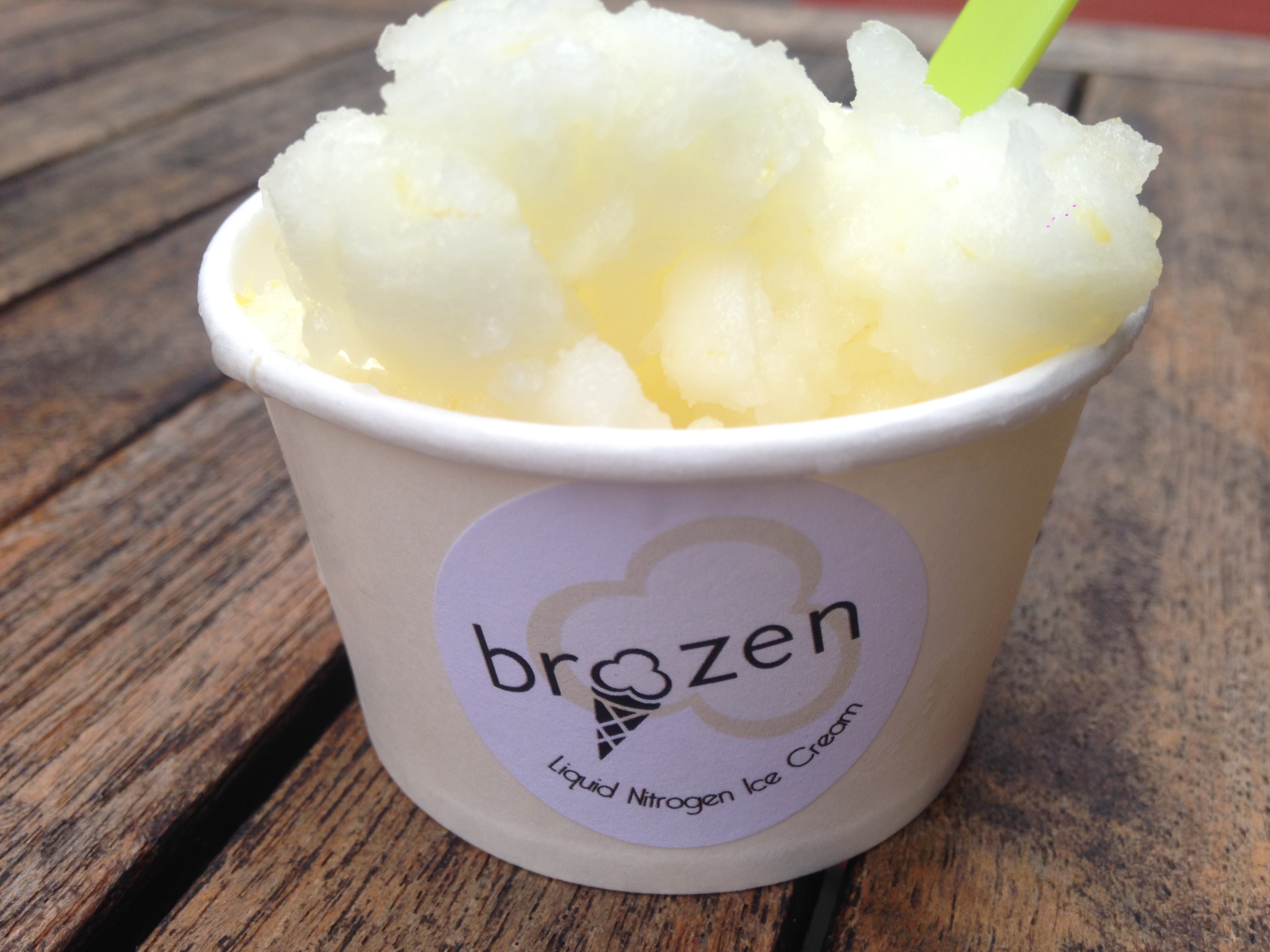 The mixture is continuously mixed as liquid nitrogen is added from one of two huge canisters, producing a spell-binding cloud, which spills over the sides of the bowl and spreads ominously across the counter, before disappearing into nothingness and leaving behind a perfect scoop of ice cream.

Making ice cream this way is a more costly process than traditional methods, Ben says, but the results are worth it. The liquid nitrogen lemon sorbet is simply heavenly, like swallowing a silk so delicate you’d be convinced you hadn’t swallowed anything, but for the incredible flavour still dancing around your mouth. 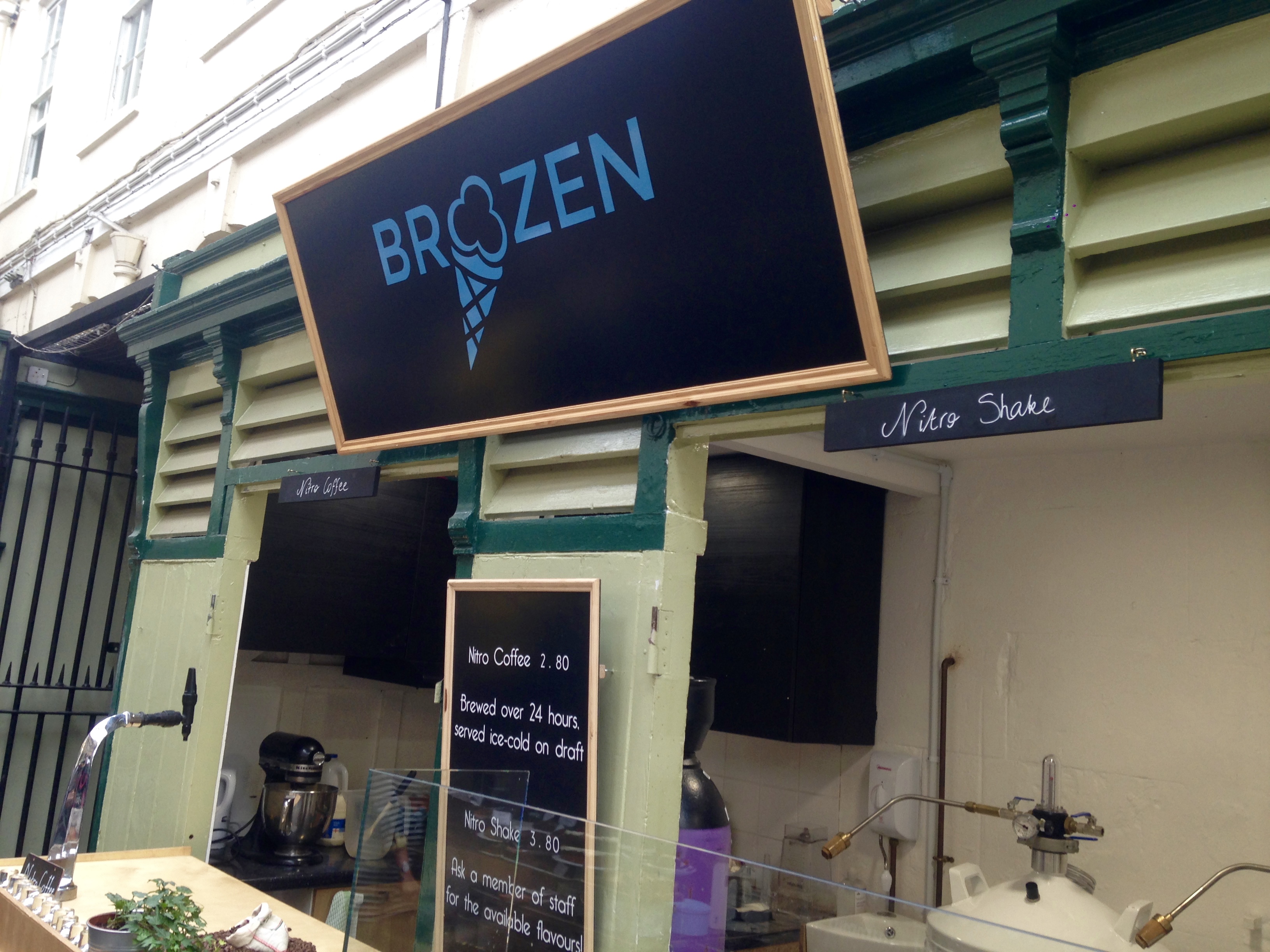 With plans to create a display of fresh ice cream toppings at the counter and the new Brozen Bar around the corner, the future is looking busy for the dedicated Cornish lads.

The new Brozen Bar is due to open the week commencing Monday, October 16 and can be found at 43 St Nicholas Street.