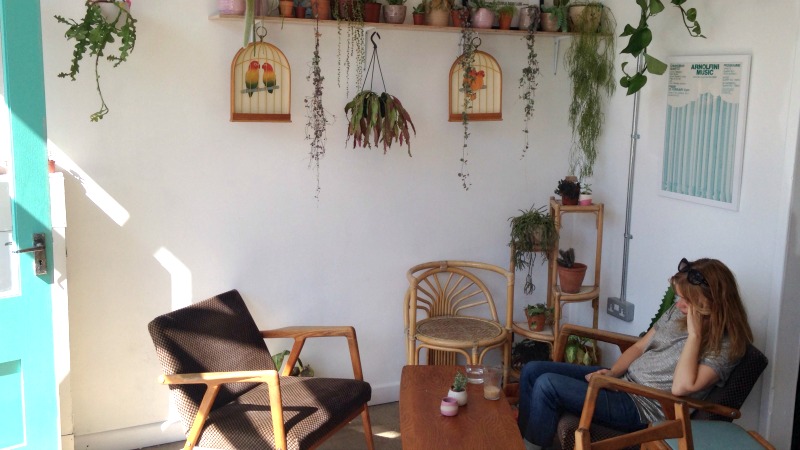 In pink and blue capital letters, a hand written sign in retro typography in the window of Albatross promises espresso martinis.

It’s the first clue that this new North Street opening is something a little different, with the sign itself drawn by James D Barranger, an artist from Barcelona who was visiting for the Upfest weekend.

The couple behind Albatross also own a vintage clothes shop in Berlin and wanted to bring to Bristol the sort of place popular in the Berlin capital that is a cafe by day and a bar by night. 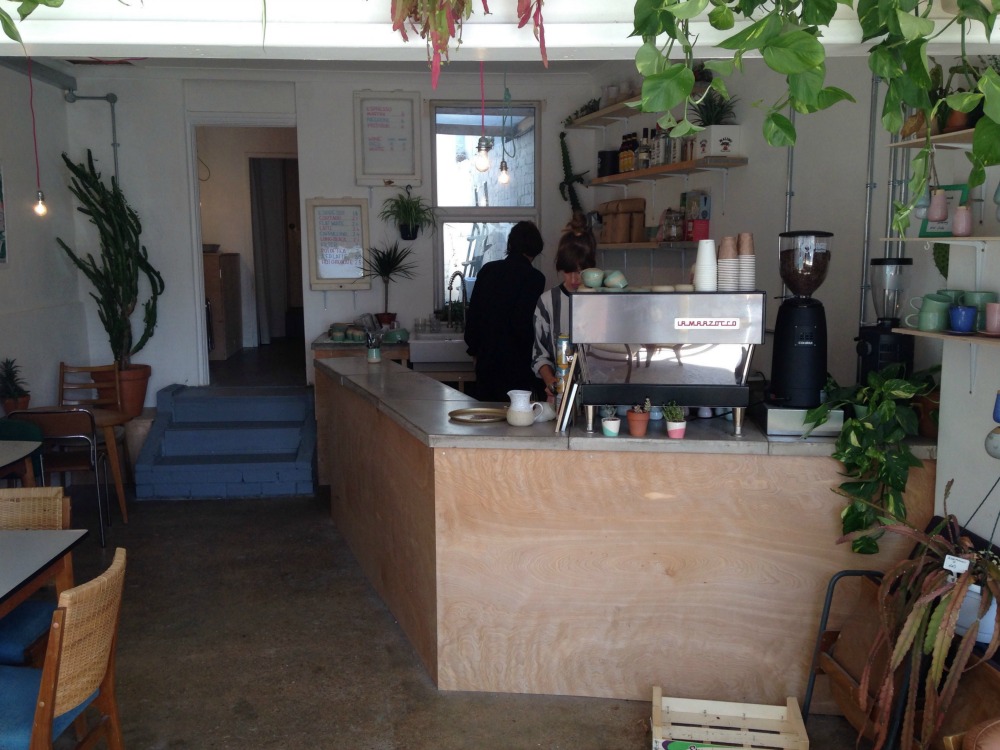 There is greenery everywhere

As well as espresso martinis, there are also negronis and pisco sours, all costing £6, with more cocktails available in the evenings. The wine selection is either red or white and available in a glass (£4) or carafe (£11).

The amount of greenery inside Albatross rivals Canopy & Stars at Crane 29. Vines spill down from the ceiling and cactuses take up every available bit of shelf space – with more in a cardboard box awaiting a spot to be found for them and the largest cactus in one corner having travelled to Bristol from Berlin and just about made it in one piece.

On the walls are art prints and vintage posters – including the Chilingirian Quartet playing at the Arnolfini in an unspecified year where tickets cost £1.50 – while on the ceiling contrasting the greenery are a trio of pink and blue neon strip lights. 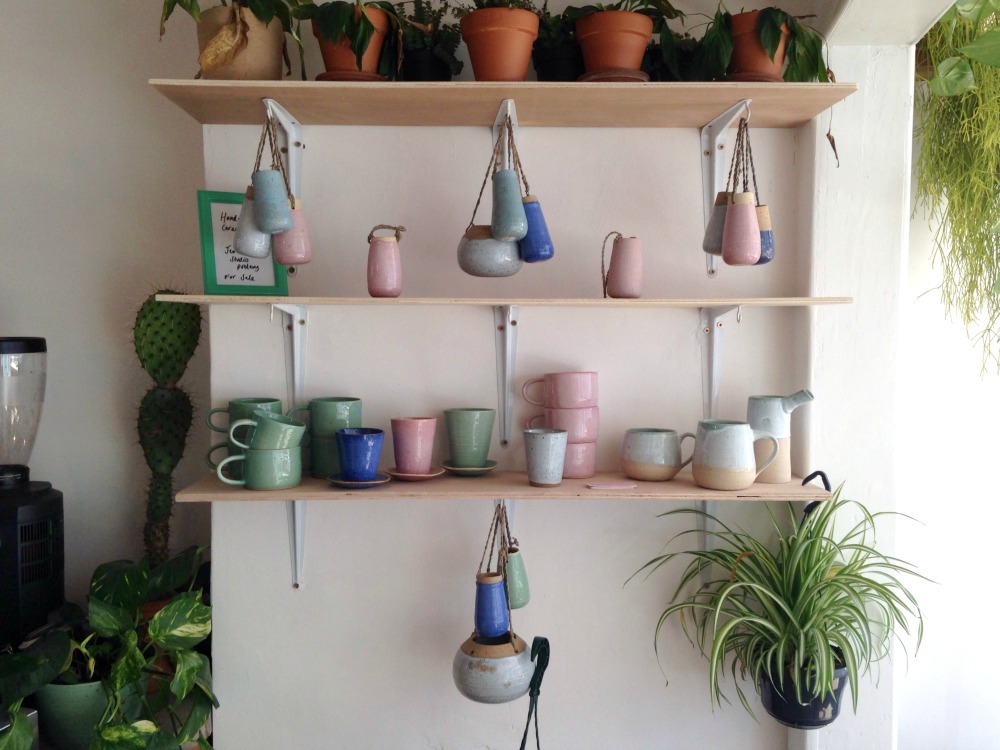 Pottery from Oxford’s Jericho Studios is available to buy

On Thursday morning, a woman wearing a silver t-shirt with her shades balanced on her head was engrossed on her mobile phone, coffee half-drunk as Mazzy Star played sanguinely on the stereo.

Excitingly, ceviche will soon be on the evening menu, with Albatross currently open from Thursday to Sunday.

A delivery of friands and brownies arrived soon before midday on Thursday, while other food options here include smoked mackerel pates, homemade organic baked beans on Mark’s Bread sourdough, buttermilk crumpets, and toasties.

Coffee is from Clifton Coffee Co and served in pottery made by Jericho Studios in Oxford. If you like what you’re drinking from, you can buy the mugs. 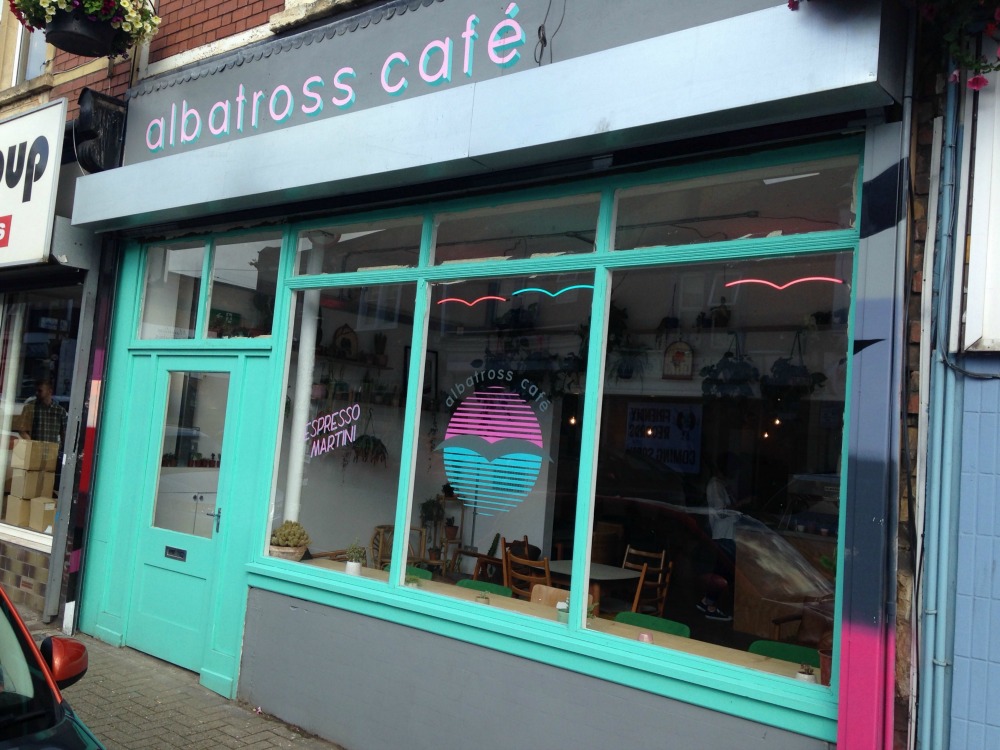