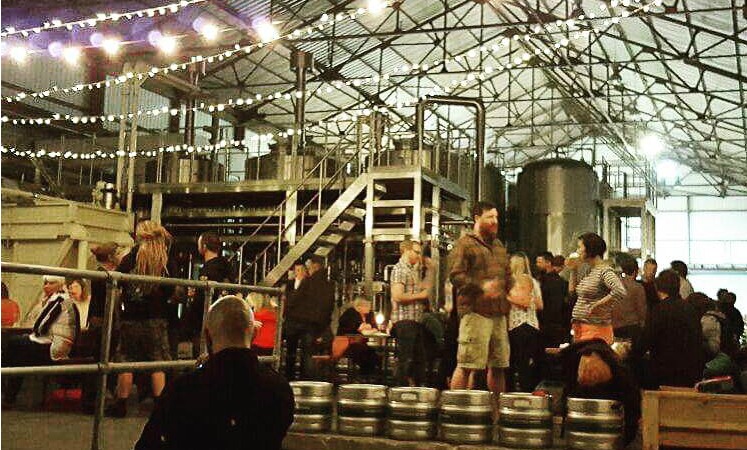 As the warmer days roll in, Brislington’s Lost & Grounded brewery have announced just the thing to complete the idyllic summer afternoons.

The Summer Brewhouse Sessions, happening once a month from June until September, will feature 10 taps of beer – five from Lost & Grounded and five from a guest brewery, as well as a different street food vendor each month.

Summer is almost here & we've invited some VERY talented friends to come hang out with us. Introducing 'The Summer Brewhouse Sessions' ?? pic.twitter.com/ZqSg5Iv4Xa

From East Sussex’s Burning Sky to Bristol’s own Buckland Burgers, the special guests at the Brewhouse Sessions are some of the best in the business.

Having been brewing since July 2016, the events will also coincide with Lost & Grounded’s first birthday.

Other guests throughout the summer will include brewing veterans Pressure Drop from Hackney, Brew By Numbers from Bermondsey and Verdant Brewing Co. from Cornwall; and culinary treat makers Underdogs, Alp Mac and The Little Taquero from Bristol.

The Brewhouse Sessions are designed to give brewing friends the opportunity to showcase their beers in Bristol while launching the first of hopefully many summer traditions at the brewery.

Take part in our reader survey at www.surveymonkey.co.uk/r/B247 to be in with a chance of winning a meal for two