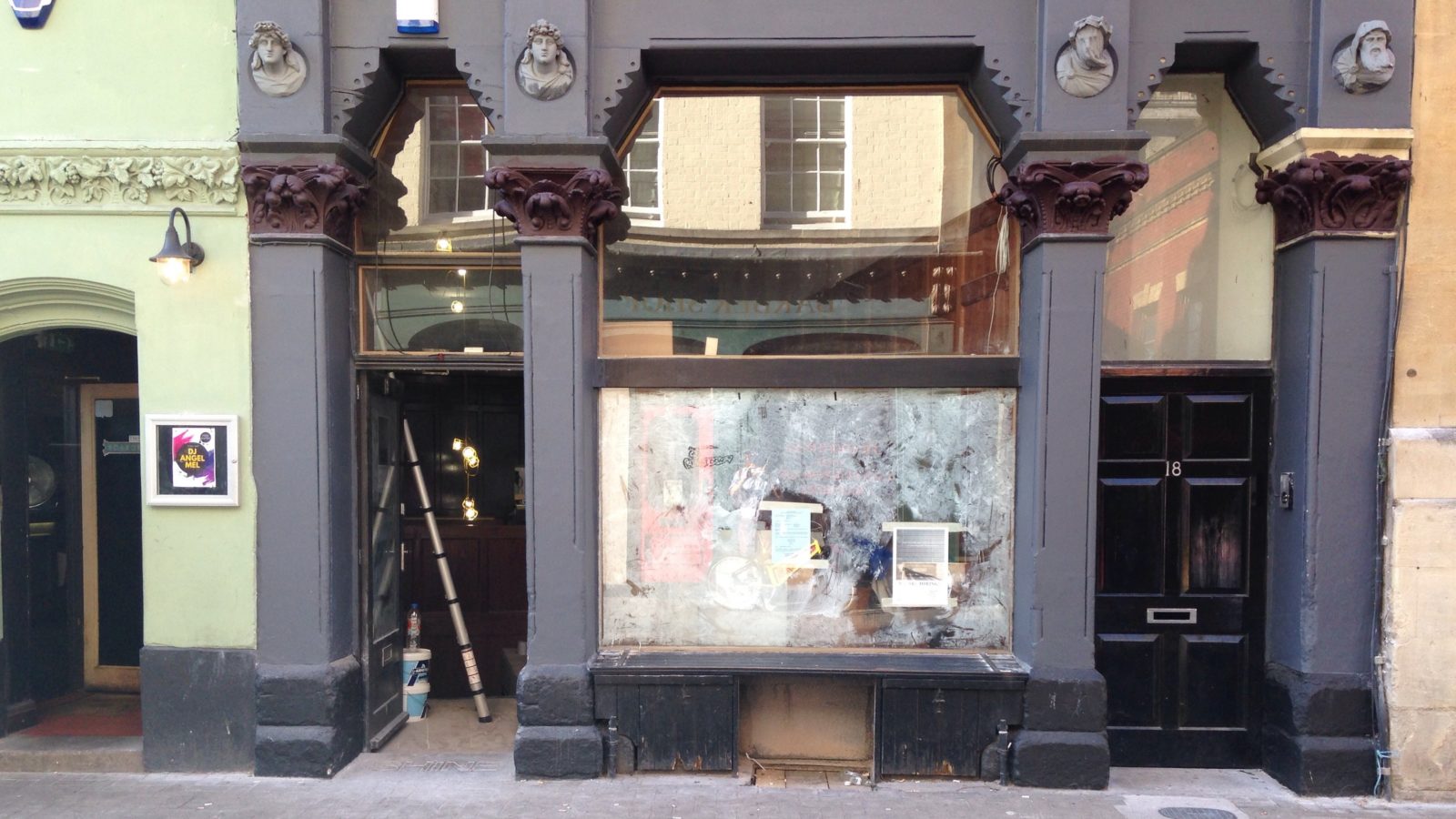 In a sign of the times, a new restaurant is due to open soon on St Nicholas Street as another restaurant a few doors down that only opened a few months ago has a sign in its window saying that it is closed until further notice.

Mugshot promises to be a restaurant “with a 1920s twist”, with a menu catering to meat lovers, vegetarians and vegans.

On their Instagram, they describe themselves as a steakhouse with pizzas also being served.

A post shared by Mugshot Restaurants Bristol 🍽 (@mugshotrestaurants) on Jul 4, 2018 at 2:31am PDT

“Exciting new independent restaurant coming to Bristol (no better place to start our first one), bringing back a touch of contrast,” says a job advert for a number of new positions.

As work continues inside on Mugshot, however, it’s all quiet inside Roots Lounge.

After overcoming various challenges including structural issues inside the building, the vegan restaurant opened its doors in March following a crowdfunding campaign.

On their Facebook page, new owners of the restaurant call the current period a “transition” and hope to open again soon.