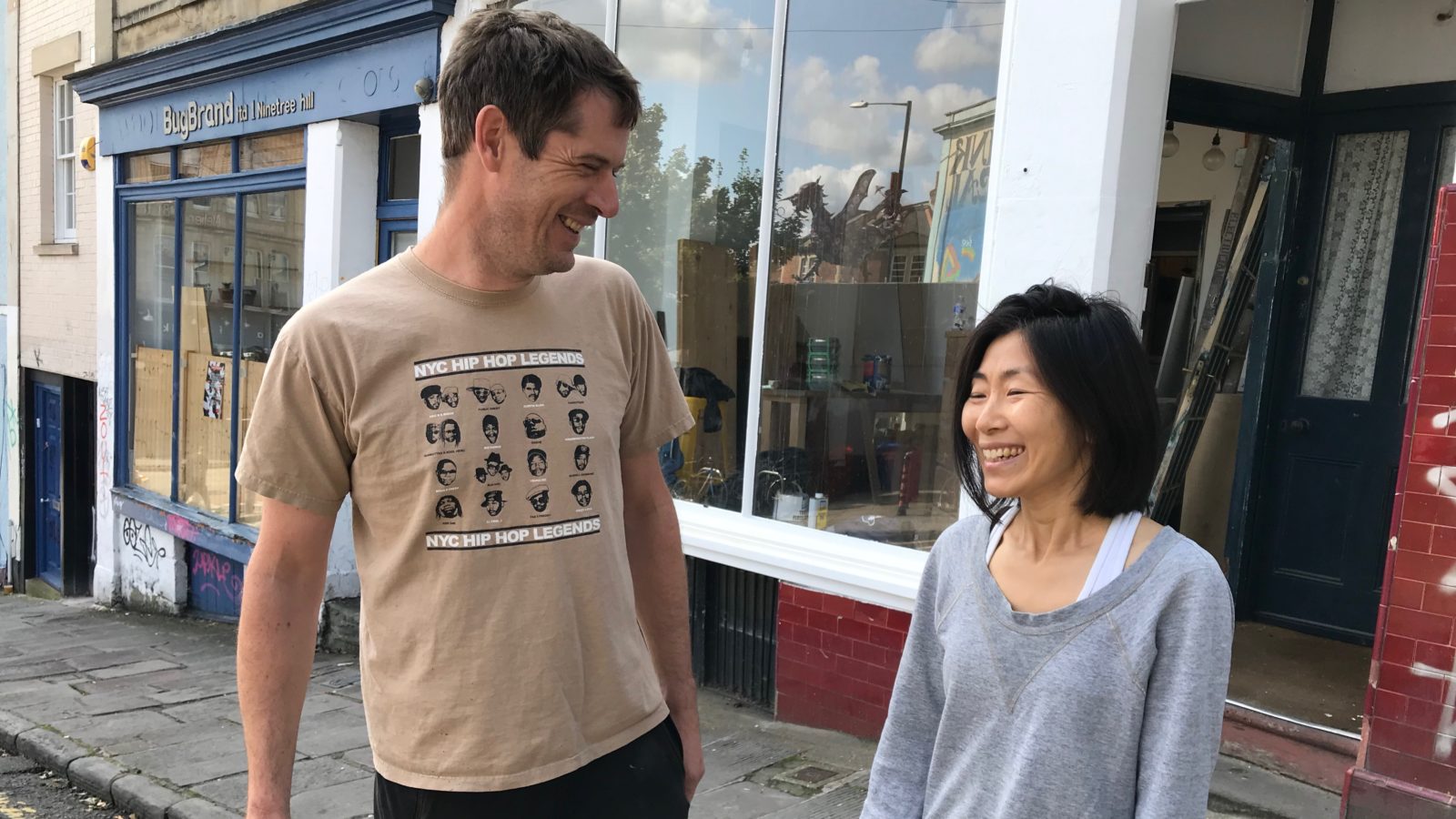 The husband and wife team met while both working in a two-Michelin star restaurant in Paris and have moved to Bristol to open their first restaurant together.

On a recent Tuesday morning, their two children, six-year-old Jessie and four-year-old Errol, are watching videos on YouTube while Duncan and Kyu transform what was most recently Zitto & Bevi into a place they say they have both dreamed about for the last five years.

For dessert, look forward to soft serve Italian ice cream made from Jersey milk, perhaps topped with a garnish of the Korean speciality of honey-buttered crisps.

“These are all dishes that we love from Korea,” says Duncan, who grew up in Salisbury and now lives with his family in Easton.

“This is something we’ve been planning to do for the last five years now. I’m confident about the concept and we’re really excited to open.”

Duncan trained as a chef in London at the Connaught and Capital hotels, before going to Paris to work at L’Atelier de Joel Robuchon, where Kyu was a pastry chef.

The pair then helped open a restaurant in Brive, L’Envie, that was awarded a Michelin star; before leaving for Kyu’s native Korea in 2009 where a time making sliders led Duncan to be headhunted to work as the executive head chef in the revolving restaurant n.GRILL on top of the Korean capital’s landmark Seoul Tower.

Time spent also working for Bibigo in Korea and Los Angeles led Duncan to develop the concept for Bokman.

Duncan and Kyu have lived all over the world but say that Bristol is the best place they have called home. “Bristol is perfect for us,” Duncan adds, before the pair get back to work building their dream restaurant.