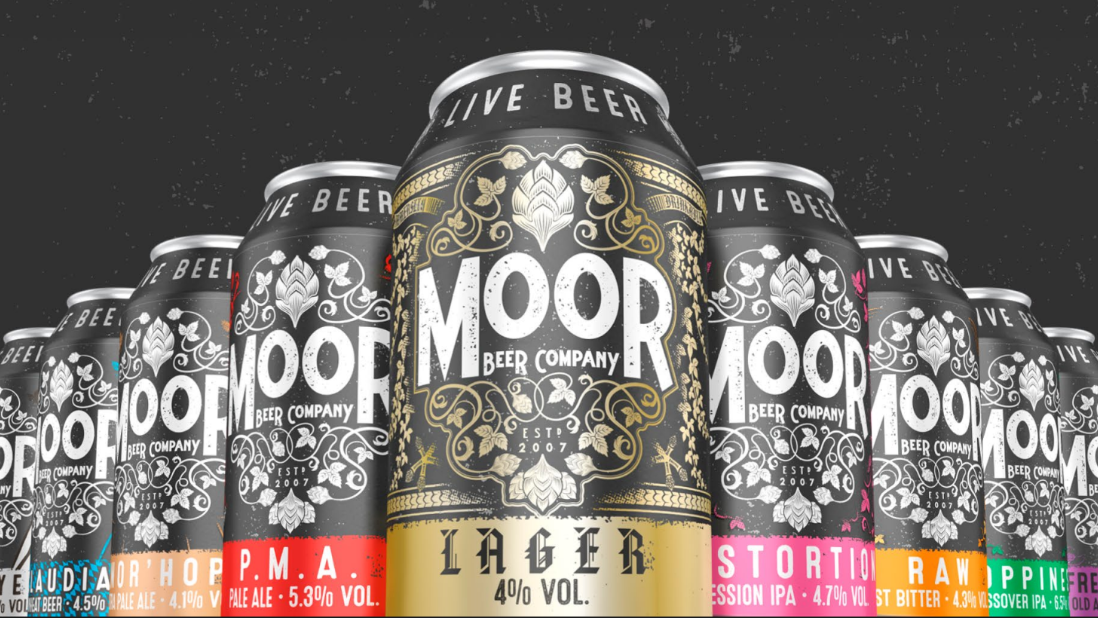 Founded just outside Bristol in 2007 and with its headquarters in the centre of the city, Moor Beer has updated its branding.

“Live beer – naturally carbonated” will adorn the shoulder of each beer can from June 1, which the company says isn’t a reinvention of the drinks, but instead and “evolution of its imagery”.

“Natural conditioning in can is something we pioneered and are recognised for, it’s what makes our beers much rounder, fresher, and full of life – an ethos we now call Live Beer”, explains Moor Beer owner Justin Hawke.

The branding also highlights that Moor Beer are the original vegan-friendly beer maker, with designer Ben King doing an “amazing job” updating his original designs created for the company in 2007.

Moor Beer’s branding has been updated by the original designer. Gif: Moor Beer

“As before, our cans look amazing as a range side by side, yet are easier to differentiate and somehow feel fresher than they were before,” Justin adds. “ The same approach has been used on our new pump clips, keg badges and range of beer mats, so when you eventually walk into a pub you’ll immediately know if PMA is on tap or in the fridge.”

The new-style cans are now on sale via Moor Beer’s website, with Justin saying: “The work on our brand evolution started last year and whilst we would greatly prefer launching them with you in pubs around the world we thought getting them out to people now would bring a welcome smile.”