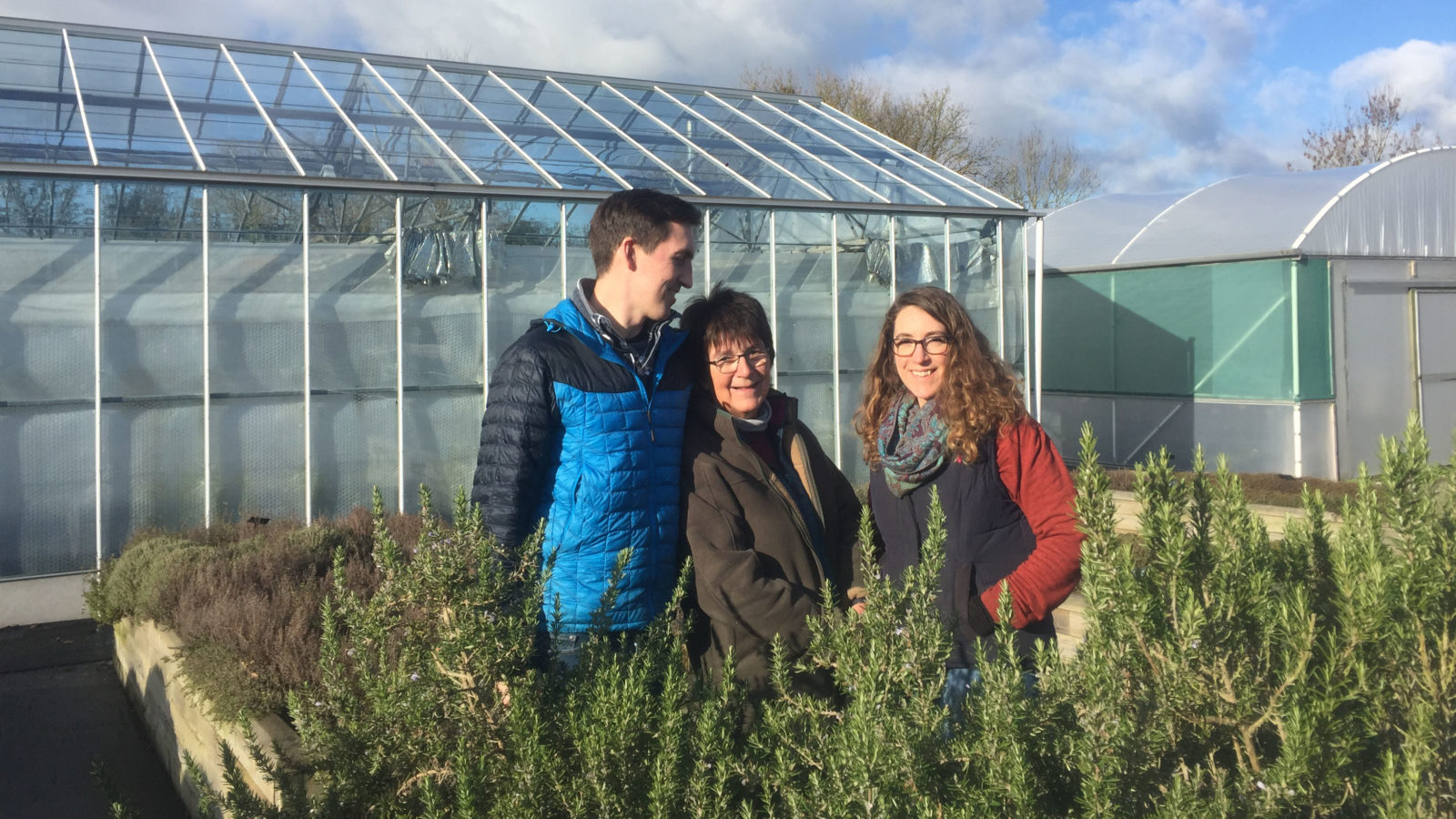 A sea of raised beds and polytunnels might dupe you into thinking that Jekka’s is some sort of garden centre; but with the adjacent rose cottage, the friendly bark of a dog and a few calm figures potting about with their duties, it already feels like so much more.

Home to the largest collection of culinary herbs in the UK – 487 to be exact – Jekka’s herbetum often welcomes people from all over the world, as well as the likes of acclaimed chefs such as Jamie Oliver.

Jekka McVicar herself has been exhibiting her herbs at flowers shows – including RHS Chelsea, RHS Hampton Court and Bath – since the 1990s, and has accumulated a number of awards (including the Victoria Medal of Honour for her services to Horticulture), elected vice president of the RHS Council and authored several books on herbs, the most recent of which is being published this month.

With masterclasses and open days regularly on the agenda, the farm’s herbetum was established in 2013, and consists of a self-built maze of flavoursome herbs, all organised into families to educate and inspire each visitor.

The family-run Jekka’s – who earlier this year dropped ‘herb farm’ from their name – have been propagating herbs here since 1987, a project that first started in the garden of their semi-detached home in Filton. Rooted in memories of friends popping by to nab a handful of herbs to spice up their meals, the family decided to up sticks to a derelict blacksmiths cottage, where it would take years of DIY for the farm to resemble what it looks like today.

With Jekka and Mac still living there to this date, their children, Alistair and Hannah, might now live in central Bristol, but their respective skills in cooking and illustration has brought them back to the farm and their thriving family business.

“We’ve been brought up around plants,” says Hannah, who is based at Spike Island and specialises in botanical prints and illustration. “So we’re very lucky to be able to apply our unique insight into herbs and get to do what we truly love.”

As I’m led around the herbetum by Jekka, Hannah and Alistair, the premise of a family garden is still very much at the fore of this space. Jekka, who often refers to a number of her herbs as her “babies” before giving them a fond stroke, effortlessly reels off the history, flavour and medicinal properties of each plant.

From mints, thymes, lavenders and oreganos, Jekka explains the diversity prevalent in each family. There are 42 different types of rosemary alone. 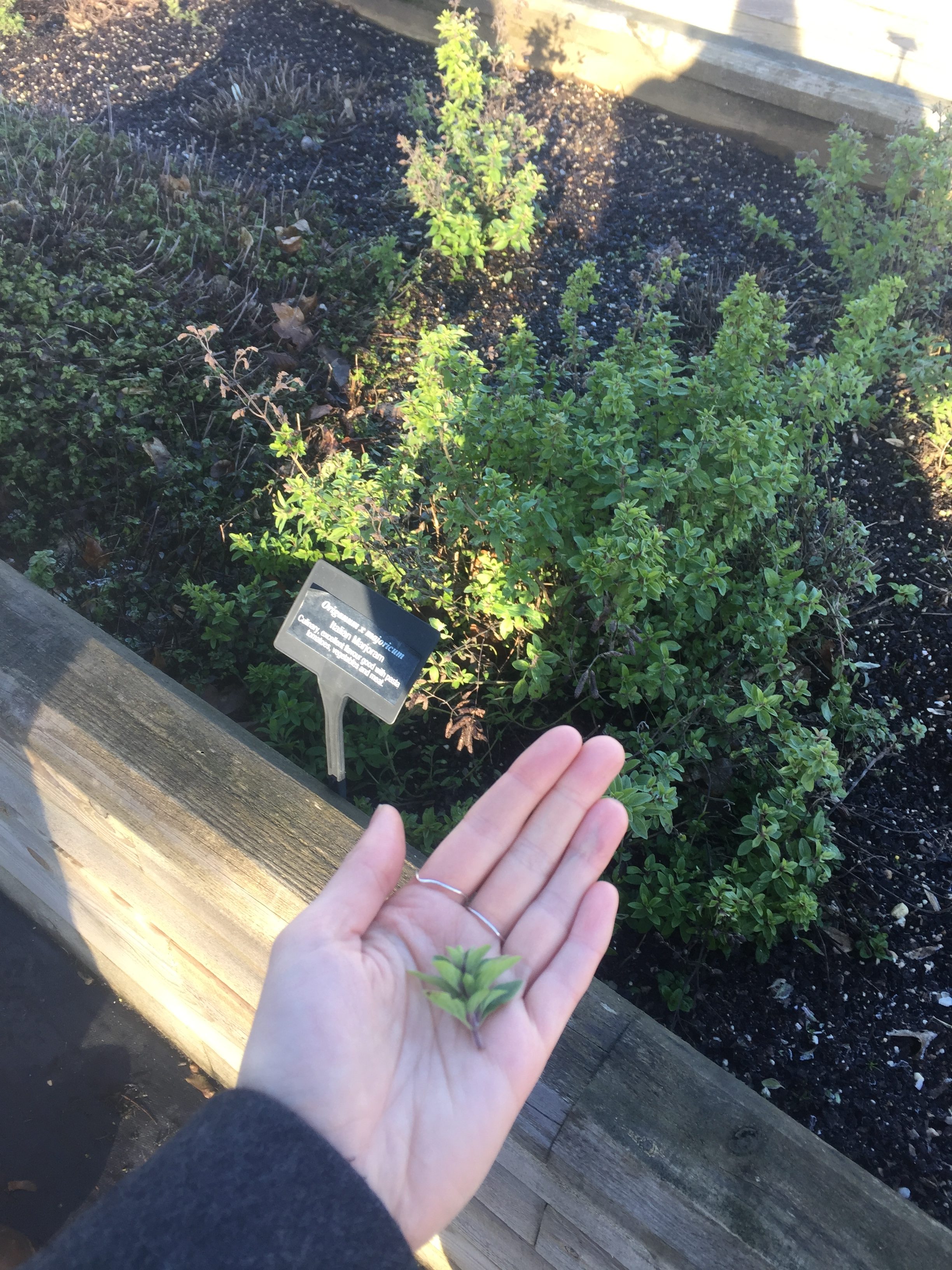 There are 42 types of rosemary alone at Jekka’s

Cascading down the corner of one bed is the Rose Mariner’s, meaning rose of the sea, and it calls to mind tumbling waves and a stormy coast. Around another corner, we encounter a BBQ smelling strain of rosemary, a green ginger variation and even Jekka Stardust, a rosemary hybrid shaped like a star, which Jekka bred herself. “When someone says they’ve got rosemary, in fact, you haven’t really got rosemary until you’ve got rosemary,” she laughs.

From Palma sweet violets, an evergreen strain of oregano and a ginger and cardamom curry leaf, which Jekka first crushes in her hand to release the flavour of the oils, there is much to delight the senses as we weave in and out of more raised beds, a glass house and an array of polytunnels.

We soon reach a collection of UK native herbs, including wood sage, cowslip, sea kale, wild garlic and chicory, which Jekka praises for their availability and ease in spicing up a simple meal: “People don’t realise how many herbs we have that are native to the UK. If you go foraging, you can find all of these growing wild.”

In fact, one of the main premises of the herb farm is to encourage more families, who may think they don’t have the time or the money to make delicious food, to grab their gardening tools and get growing. “Herbs can transform a basic meal into a feast,” declares Jekka, “and they are one of the easiest and quickest things to grow at home. With the uncertainty of Brexit, we might all have to get growing more ourselves.”

If you haven’t already turned your attention to the power of plants, then a visit here might just light the fuse.

Jekka McVicar’s new book, A Pocketful of Herbs, is out now. For more information, visit www.jekkas.com