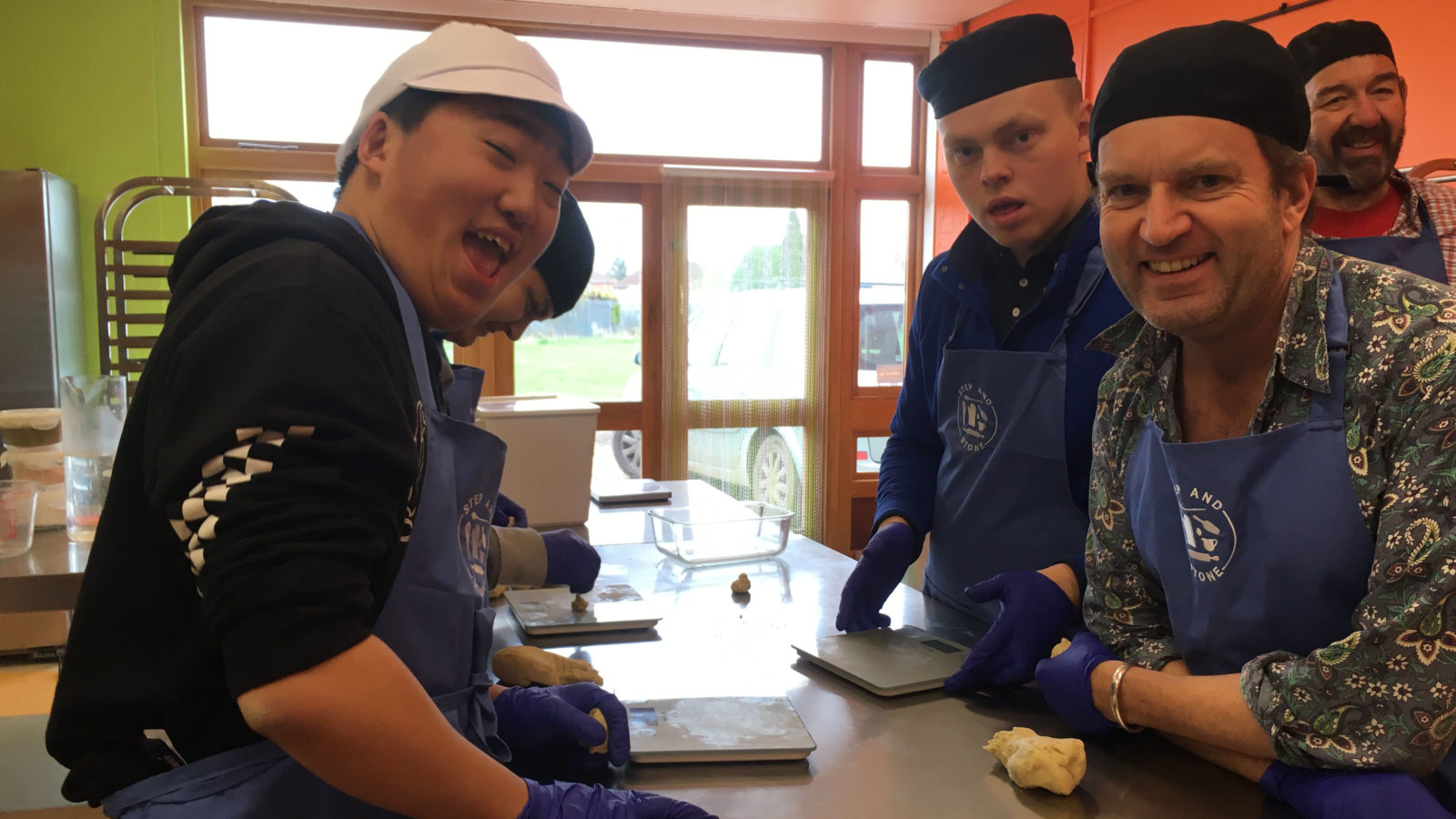 The Park Centre in Knowle might not look like much from the outside, but the inside tells a different story.

Through the double doors and into reception, the receptionist gives visitors daffodils. The packed cafe smells of fresh bacon butties and – at the back of the building – a room is full of busy bakers hard at work.

The Step and Stone bakery has freshly-baked lavosh all made by people with learning disabilities, including Down’s Syndrome.

Jane Chong and Jane Kippax co-founded Step and Stone as a bakery with a social purpose, providing experience and building the skills of young people with learning disabilities after leaving college. 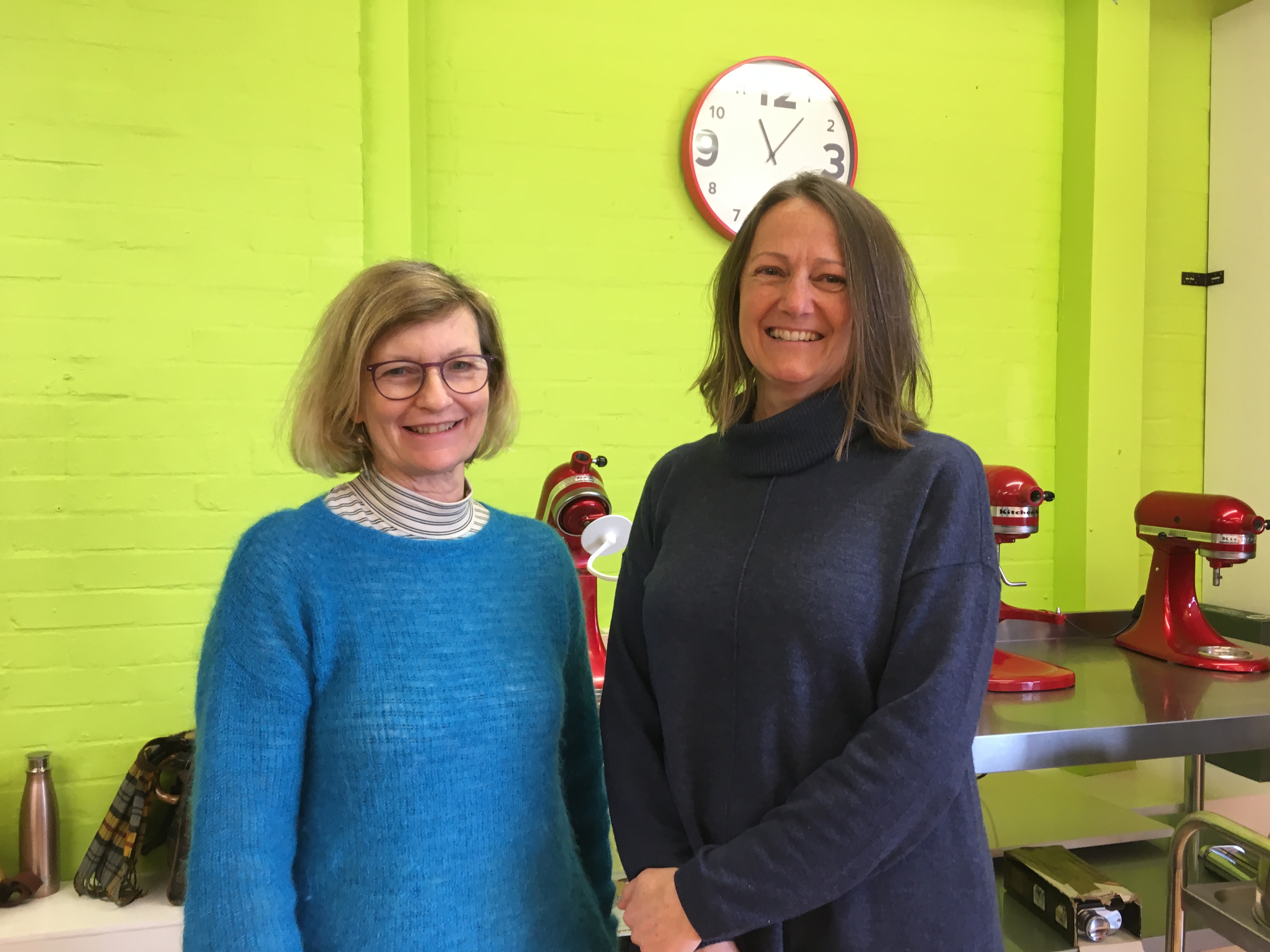 It produces five flavours of lavosh flatbreads that are stocked throughout Bristol and further afield.

On a recent Friday morning, the two Janes introduce the bakers and volunteers, who include India, a baker with Down’s Syndrome who is a ‘buddy’ for some of the newer recruits, as well as several volunteers and around a dozen individuals with a range of extra learning needs.

India has recently been employed by the Environment Agency, but loves the bakery so much that she comes back to help whenever she can and support new team members.

“Our generation probably have a bit of an outdated perception of young people with learning disabilities,” says Jane Kippax over a coffee, while the young people take a well-earned break.

“We want to give young people an opportunity and a chance to show companies that giving people with learning disabilities is a good thing to do.”

Both women want to show the world that people with Down’s Syndrome and other additional needs are capable of working in a skilled, social environment.

“They can do a good job with really minimal changes for the employer,” Jane Kippax adds. “Research has shown that employing people with learning disabilities boosts the morale of staff as well.”

The official hashtag of Down’s Syndrome Awareness Week, taking place from March 18 to 24 is #LeaveNoOneBehind, and that’s certainly the case here.

Acting as a stepping stone between education and employment, two of the bakers, who both have Down’s Syndrome, have recently gained paid employment. As well as India’s job at the Environment Agency, Tom works at Greggs, and two more young people are in the process of entering the world of work.

For Step and Stone, it’s all about changing perception. The packaging is smart and modern, and it’s only once a buyer turns the packet round that it’s revealed that the product inside was made by someone with additional needs.

There’s a real team atmosphere, with ‘buddies’ supporting new members, and everyone encouraged to grow their confidence and skills at a speed they are comfortable with.

“It’s easy for everyone just to slip into doing something, whether is doing the baking, the hoovering at the end of the day, or even just making the tea. It’s not a lesson,” Jane Chong says. 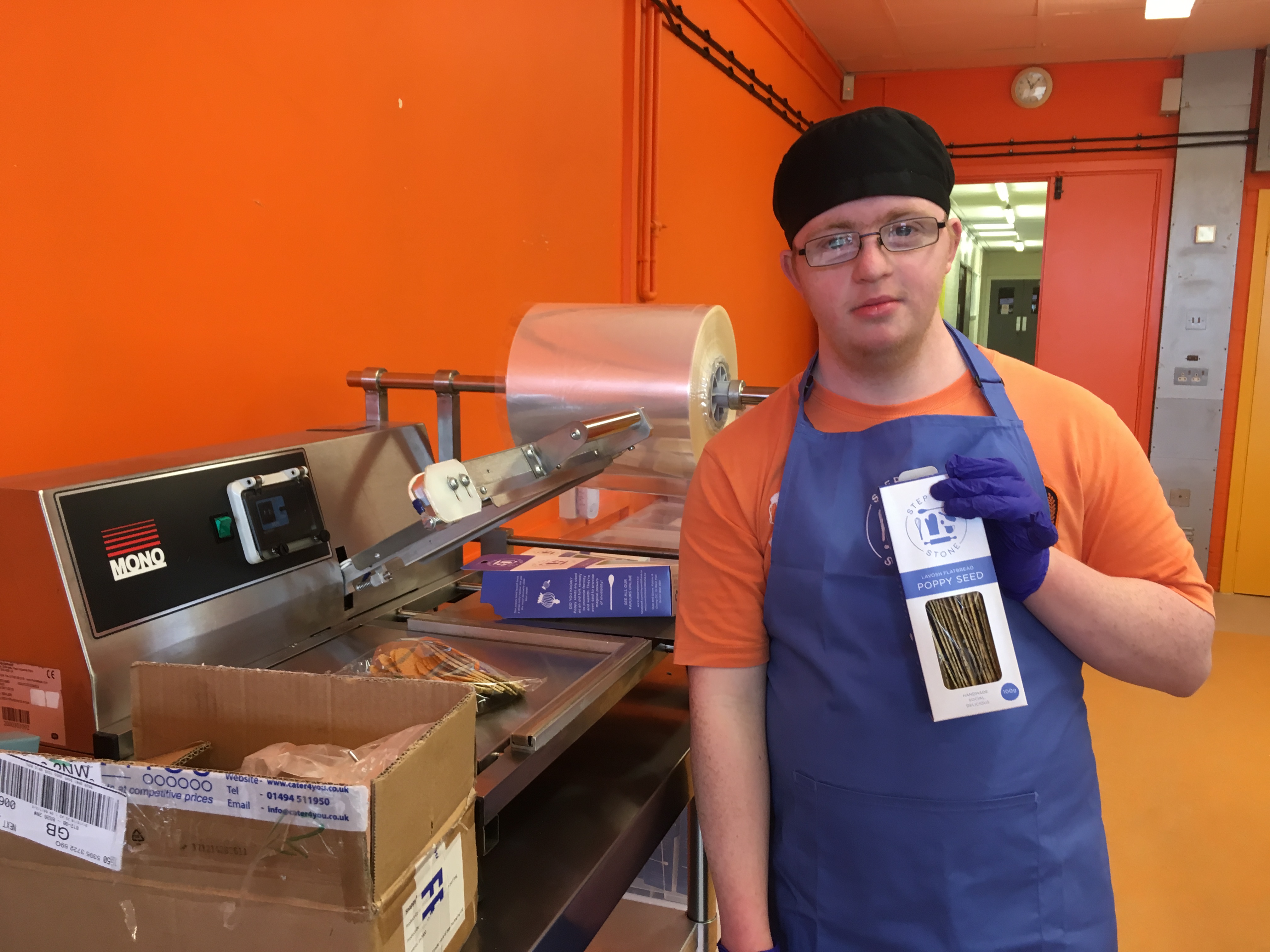 The bakery is going from strength to strength, with their award-winning produce stocked throughout Bristol, from Better Food to No. 12 Easton, as well a further afield in Bath, Somerset and Lincolnshire. The rosemary and sea salt lavosh also won two Taste of the West awards in 2018.

With a final slurp of coffee, the bakers return from their break and go back to creating delicious flatbread. Finishing their tea, Jane and Jane get back to supporting the young people, whether they’re packing lavosh, rolling dough or on the tea and coffee duty.

People with Down’s Syndrome and other learning disabilities are proving they should never be underestimated.

Read more: Changing perceptions one bake at a time