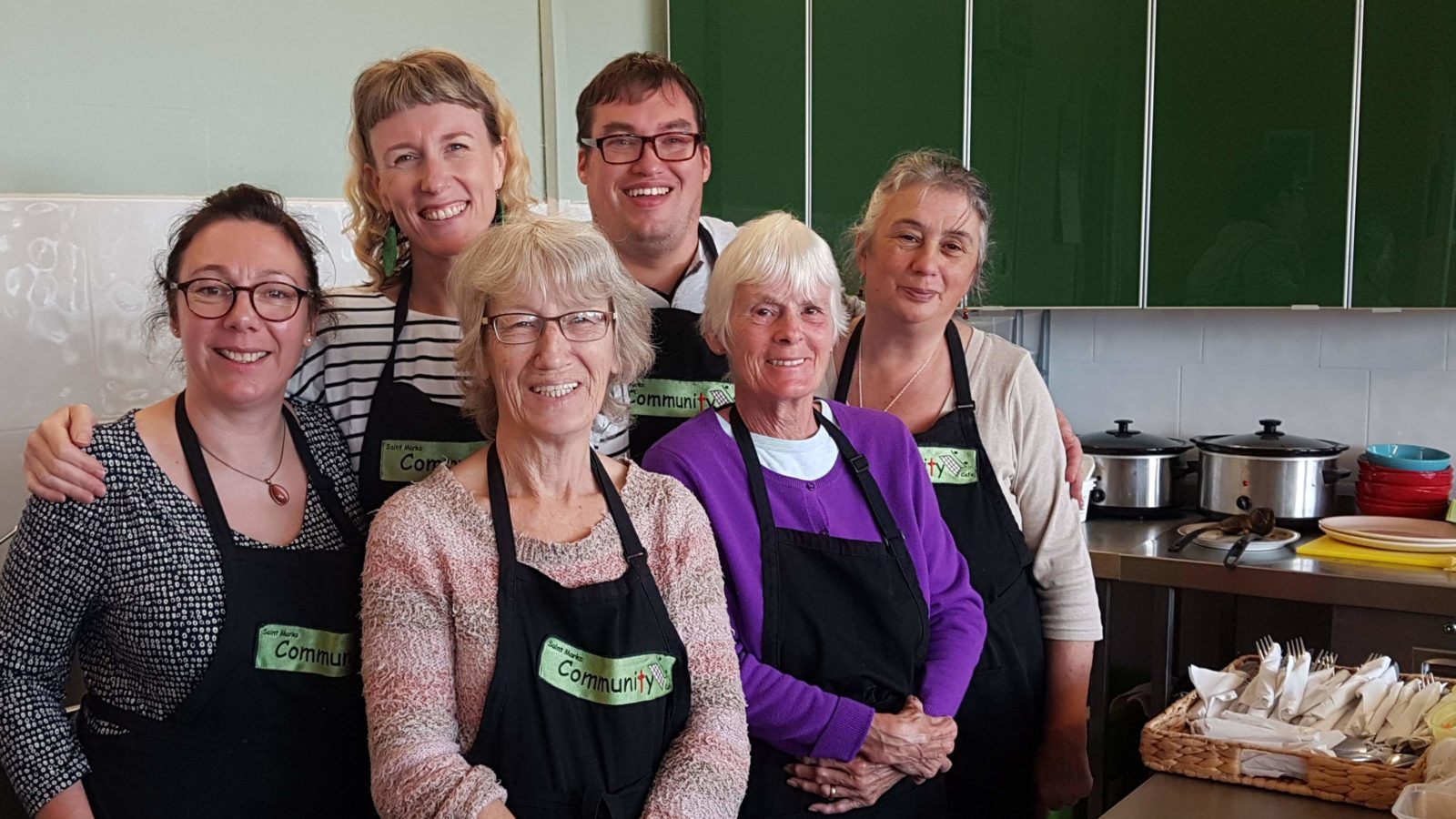 It’s five minutes before closing at St Mark’s Community Café one recent Friday afternoon, but most of the tables are still occupied.

Volunteers pause to chat with a few of the regulars as they clear remaining plates and cups, while a small cluster of men on their own and young families linger on nearby seats for the weekly food bank to open.

It has all the buzz of a regular neighbourhood café, but this vibrant little place in the red brick building next to St Mark’s Baptist Church is so much more. 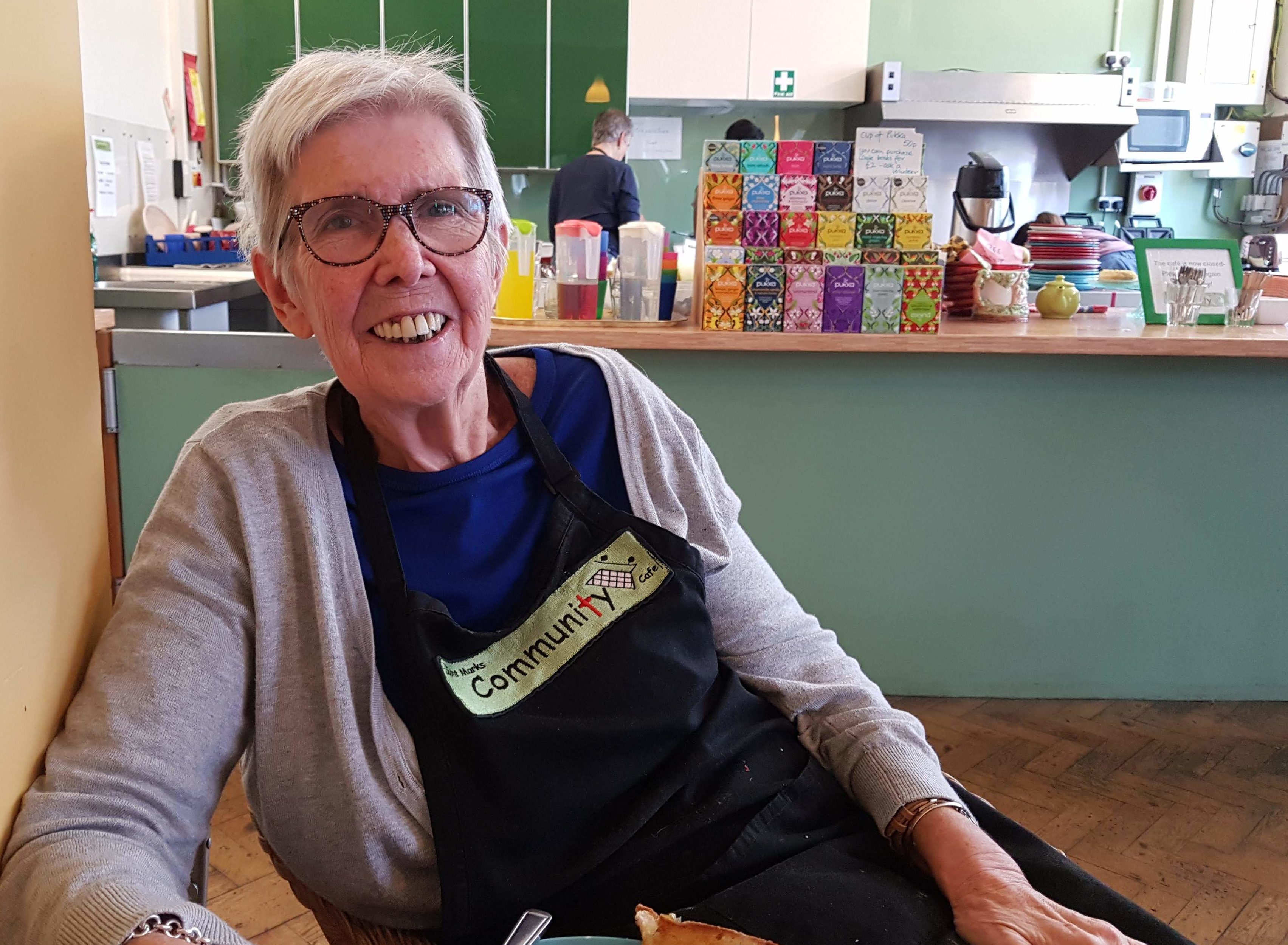 “Part of the vision and aim of the café when we started ten years ago was to have a community café that made a difference,” says Lesley Wynne, sinking down in a chair with a tea and toasted sandwich after a long shift.

The manager of the community café explains that a team of volunteers are employed to work in the kitchen and front of house, where the cost of meals is kept as low as possible and customers who are unable to pay can eat free of charge.

“The main thing is it’s a place that serves good, affordable food to anybody and everybody who comes in,” says Lesley.

“If you have no money, you still eat and can have the same as everybody else. We said from the beginning we would not judge anyone as to why they can’t pay.

“I have some people who come day after day and can’t pay but when they do get money, they will leave me some.” 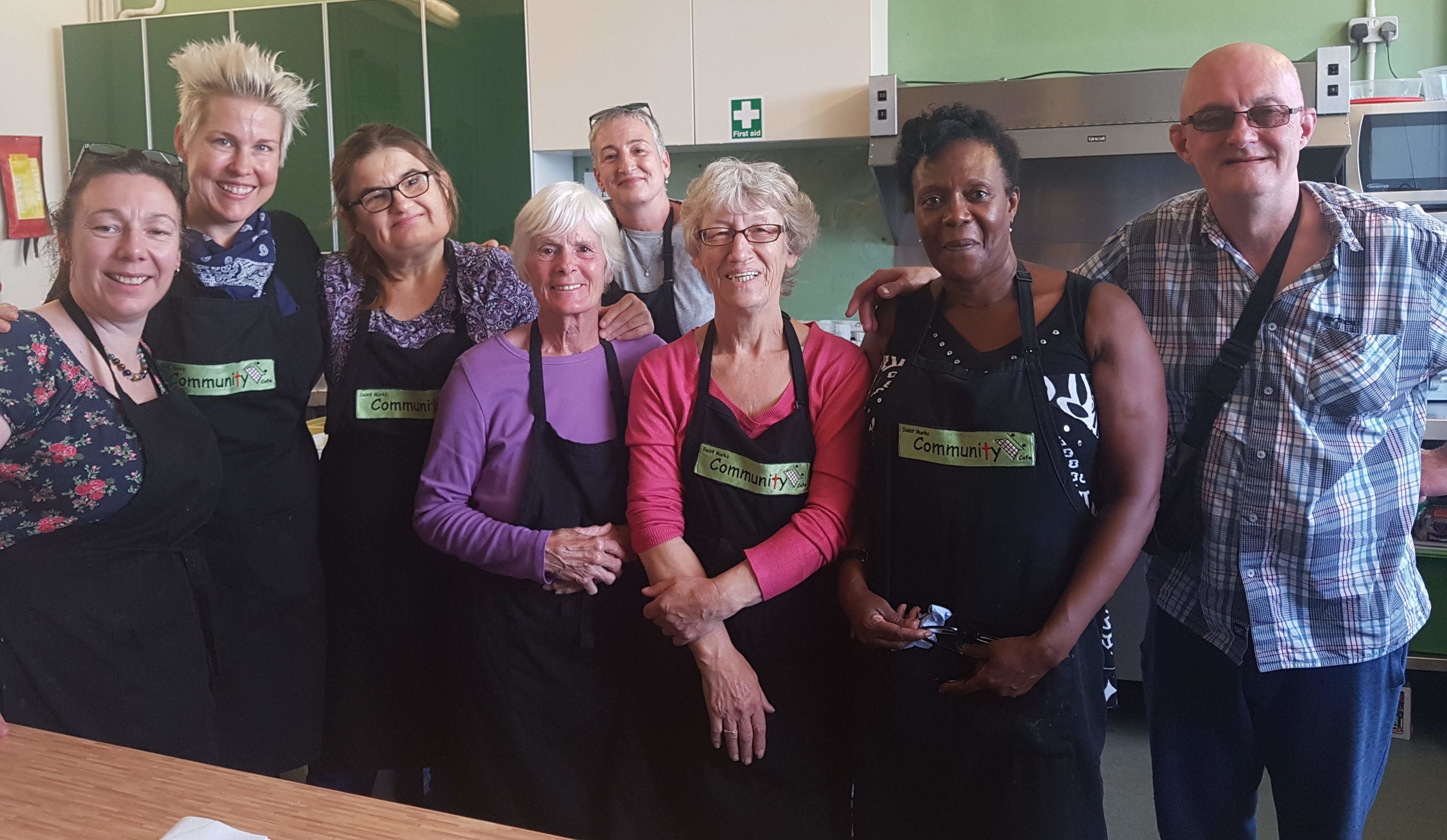 The café on St Mark’s Road launched as a pilot project some ten years ago, operating for two days a week. It is now open from 11am to 2pm Wednesday to Friday and 10 am to 2pm on Saturdays.

“The idea is that our volunteers gain experience, grow in confidence and skills and that’s developed as a stepping stone into paid employment,” continues Lesley, adding that the diverse team of people – which has included asylum seekers, refugees, retirees and people with learning difficulties, help the café to thrive and vice versa.

“We have stuck very much to our vision and that’s this is a café that makes a difference to people’s lives,” she states, proudly. 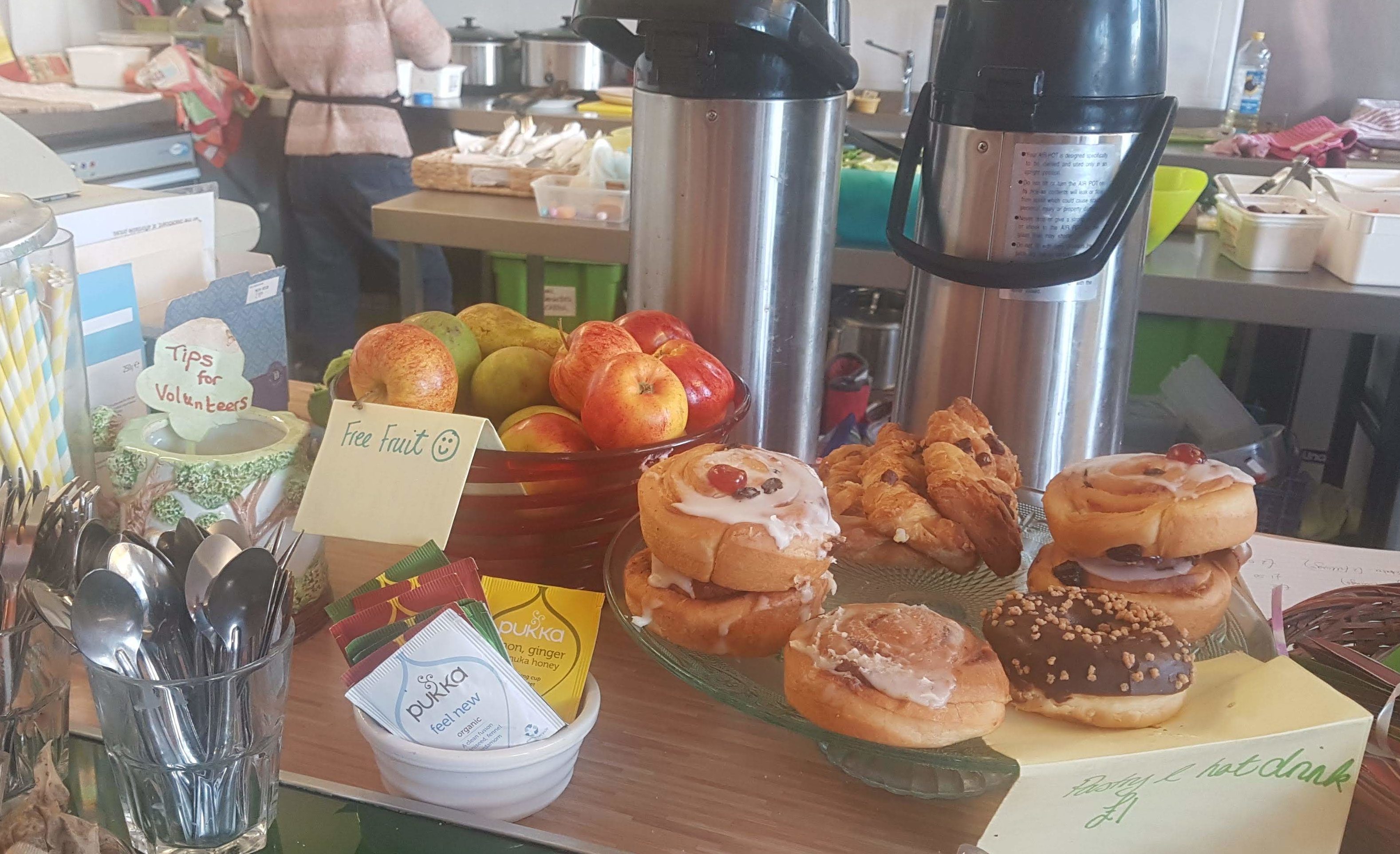 The cafe offers free fruit to customers, as well as mains, sandwiches and cakes 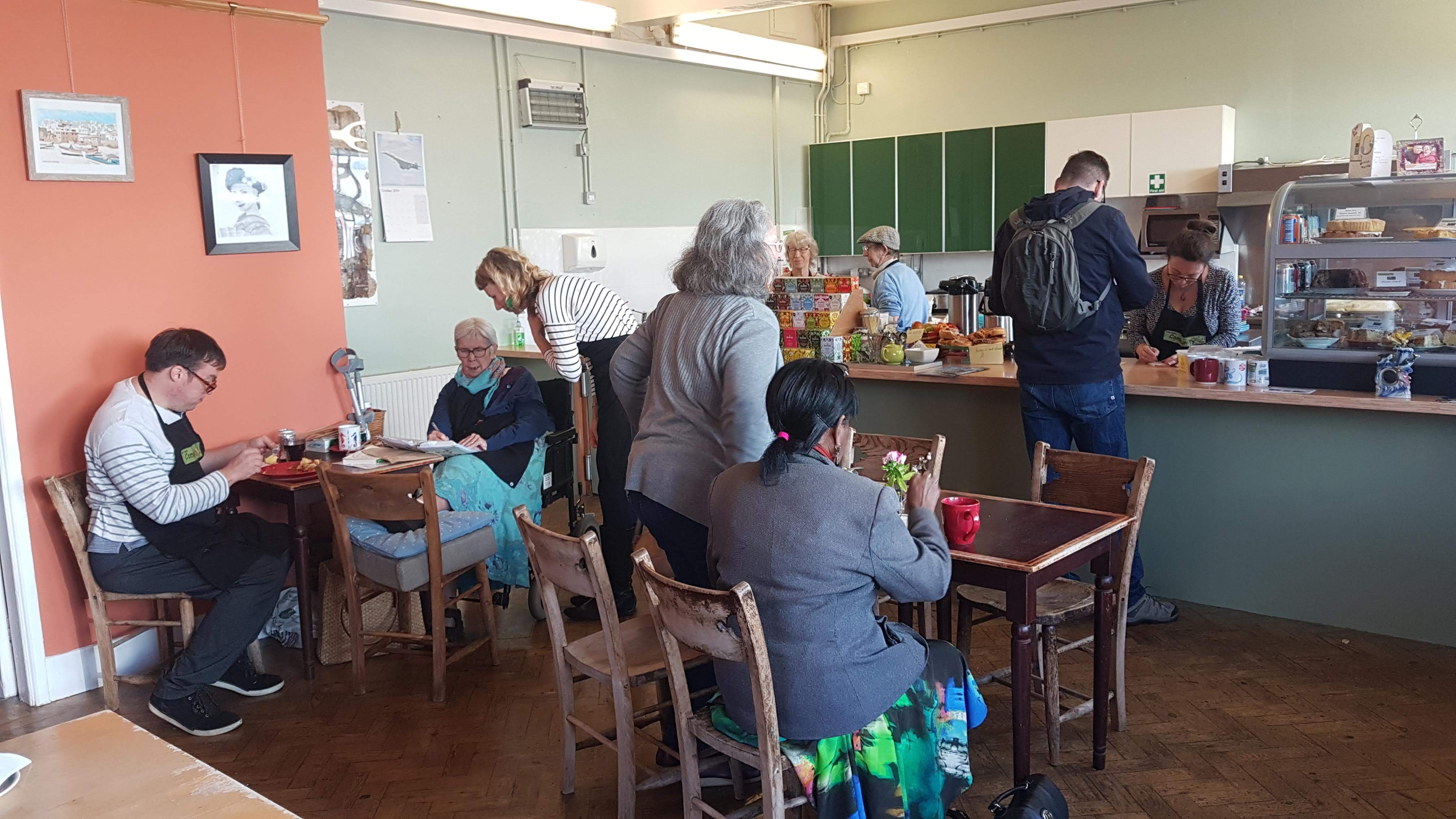 It’s a place where everyone is welcome

The community café partners with a number of organisation, including FareShare South West, which donates food, enabling prices to be kept as low as possible. The vast selection of cakes are made by Lesley and volunteers.

The number of people who come in for a free meal each week varies, but Lesley says there has definitely been an increase since the roll out of universal credit – something the food bank, run by the Trussel Trust has also found.

One of the recent volunteers, Jen Donnellan, left the corporate world behind to focus more on volunteering and making a difference. She intends to mimic the ethos of the St Mark’s Community Café on Stapleton Road and was doing a shift to learn the ropes when Bristol24/7 first visited.

Speaking about the St Mark’s Community Café and its impact, Jen says: “What an operation and what a team. One of the most welcome and hospitable crews. At the end of the day, I received and gave hugs to many new friends!” 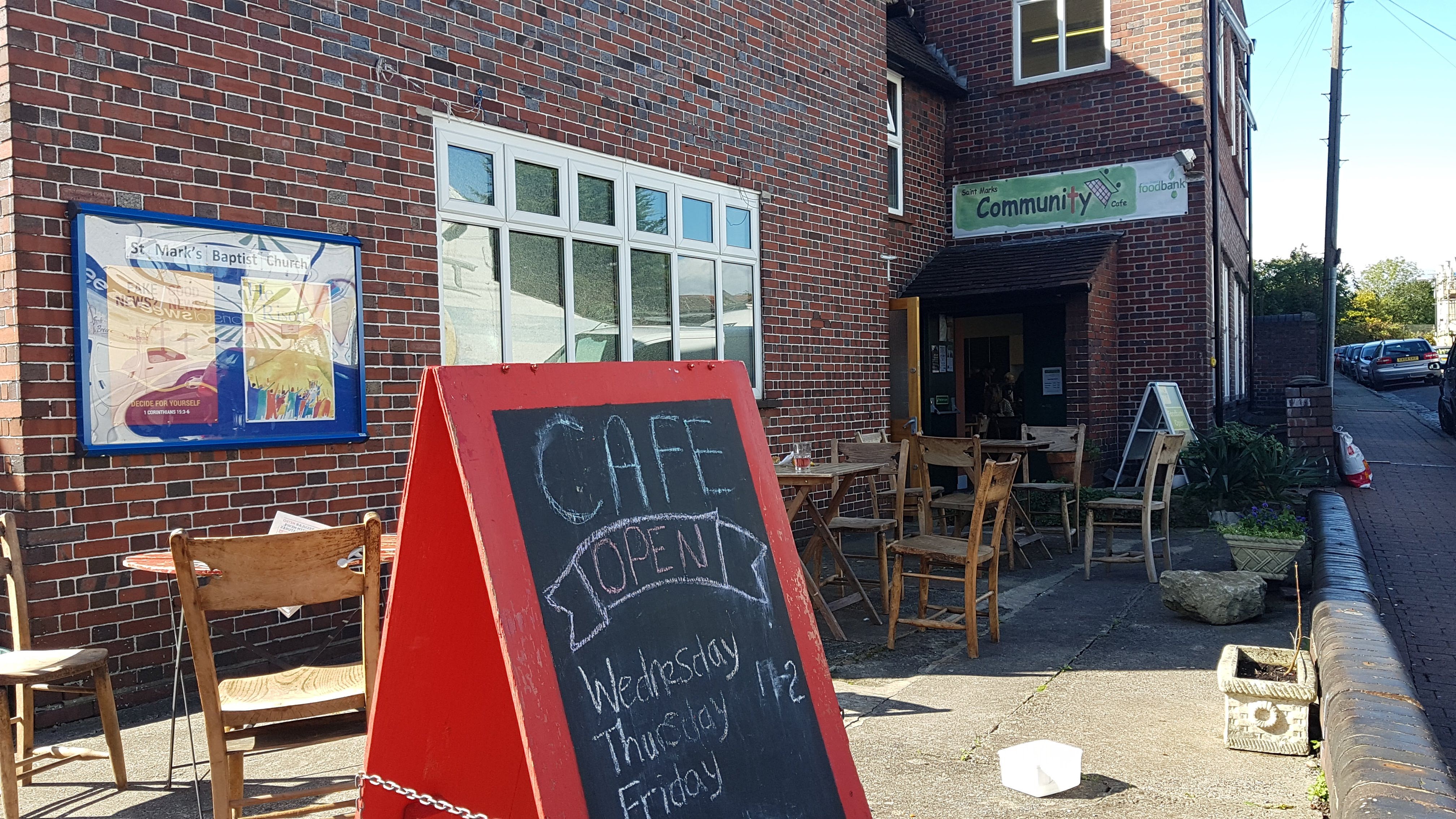