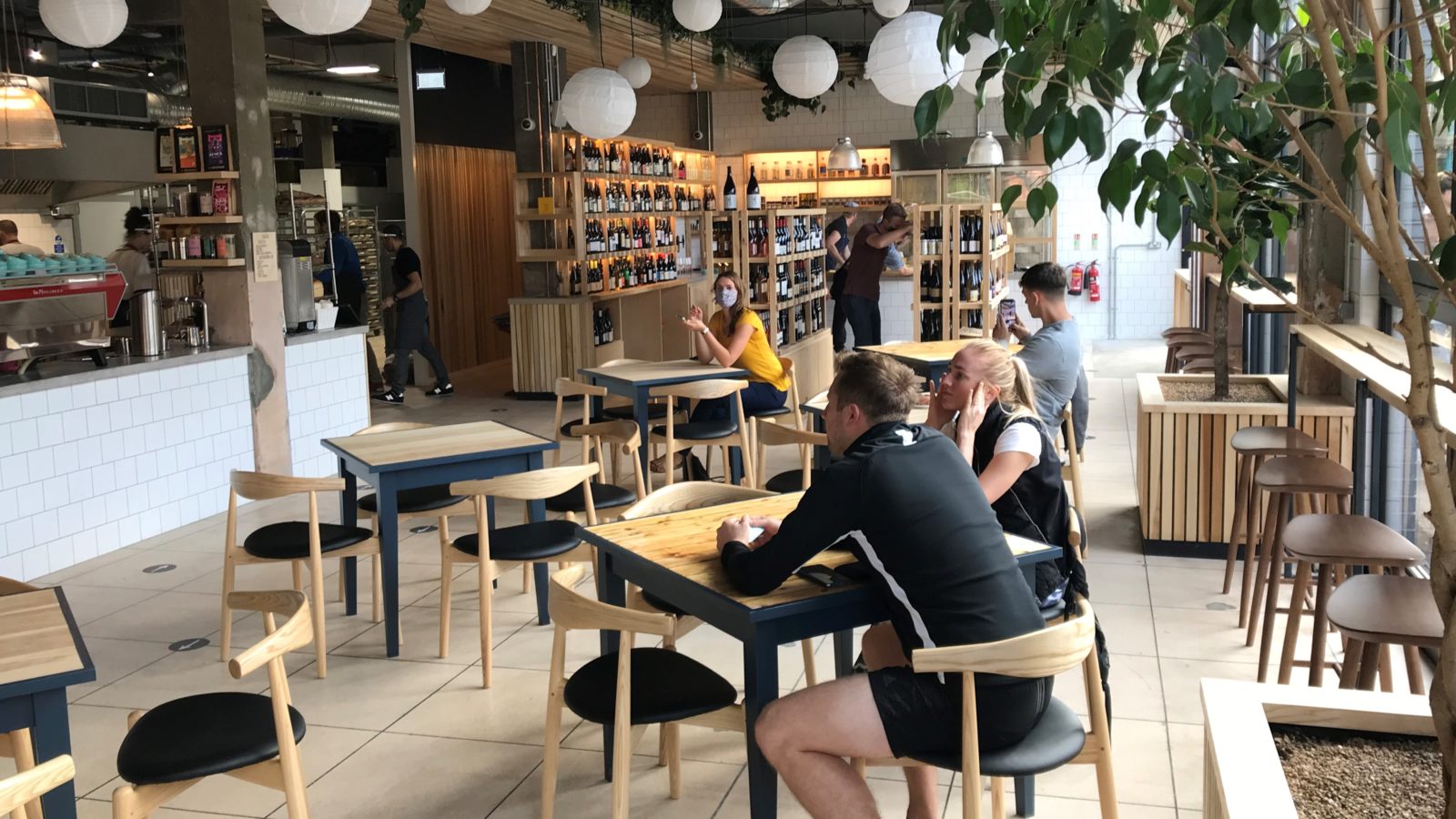 Has a smørrebrød ever been served in Bedminster before? This version of the Danish open sandwich sees gravlax salmon, sprouted grain, cultured cream and pickles artfully placed on rye bread.

Smørrebrød – which means buttered bread – is on the brunch menu at the new home of the Bristol Loaf on Bedminster Parade, and could soon see the people of Bemmy eating like our cousins in Copenhagen.

It’s not the only Scandinavian-inspired dish in a spacious new corner unit within which three different businesses have joined forces to make us forget that we are still in the midst of a global pandemic.

Opening their second bakery and cafe on the other side of town from their original home in Redfield, the Bristol Loaf share this brand corner building with Hugo’s Greengrocers and Two Belly, both also going from one Bristol address to two. 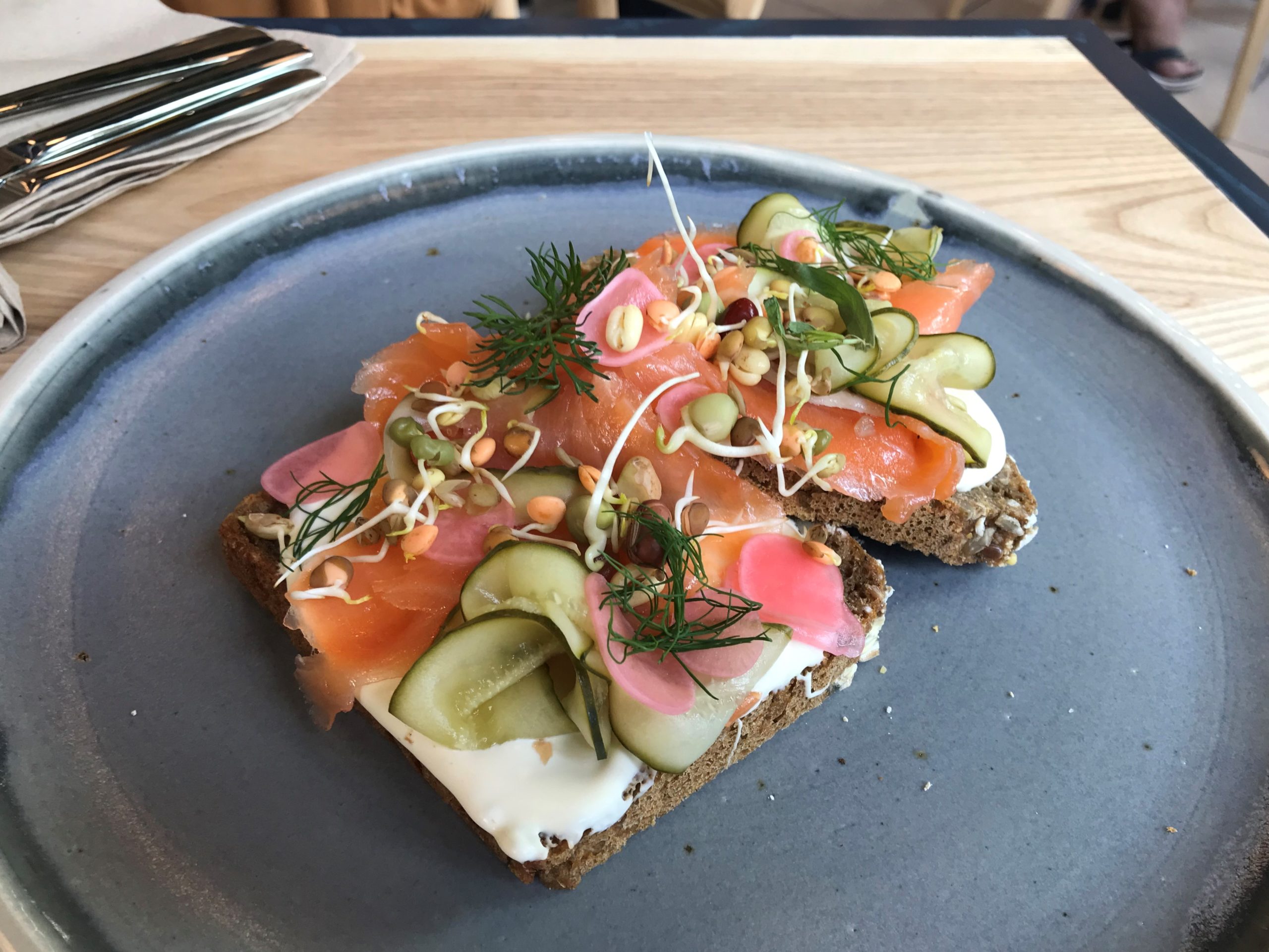 The smørrebrød at the Bristol Loaf in Bedminster costs £6.50 – photo by Martin Booth

On Sunday morning, queues stretched down Philip Street in the direction of Windmill Hill City Farm before the doors were opened at 10am and every table in the cafe area was swiftly taken.

With masks on, those who did not want to wait for a table bought something to take away from the bakery’s selection of bread, pastries, cakes and savouries.

Keep up the Scandi vibe with a Danish special crème pâtissière with apricot and lavender, head to the Caribbean with a jerk chicken pie or St Werburgh’s for a guest Extract coffee, currently Unkle Funka. 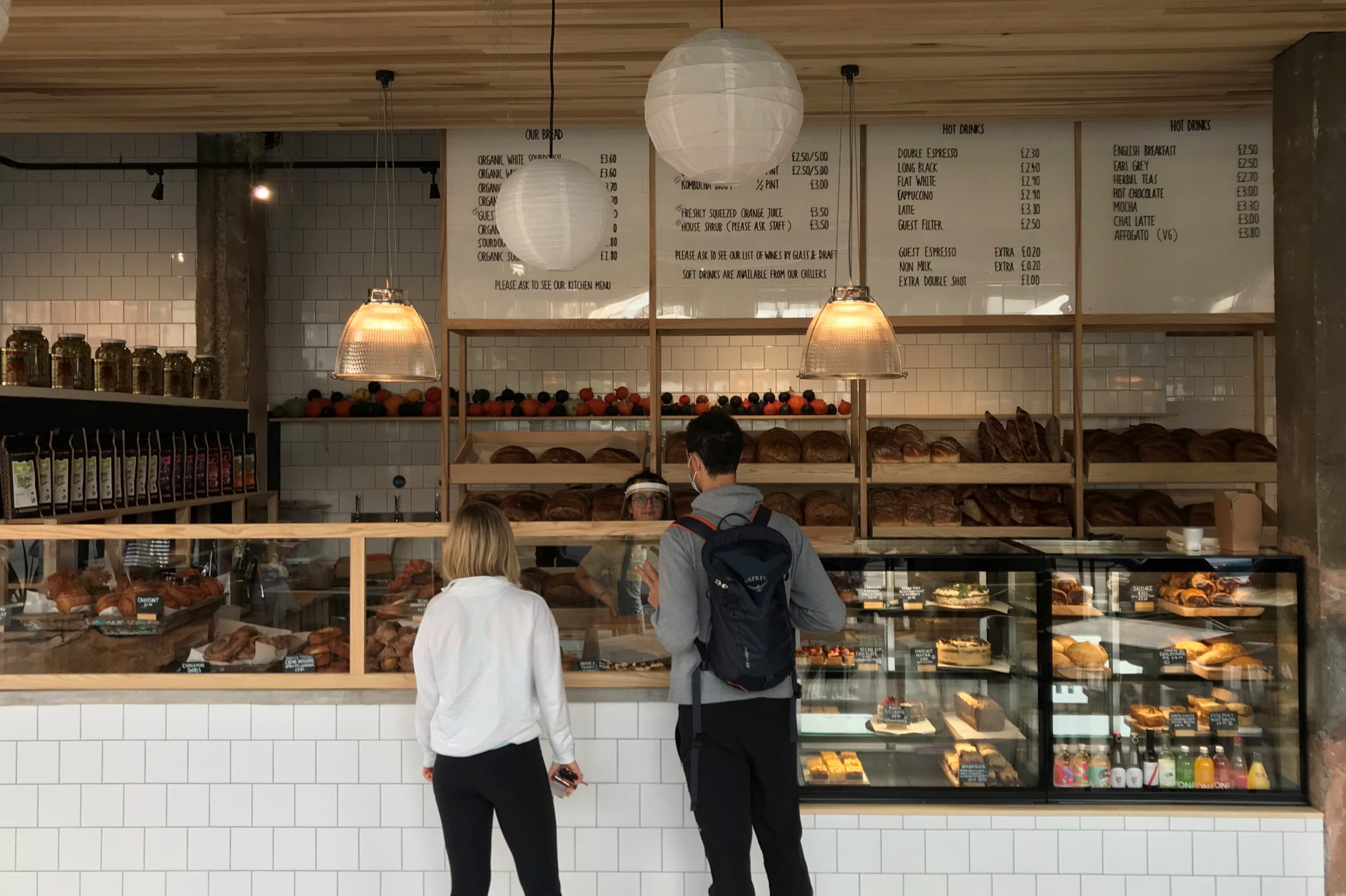 Customers can visit for takeaway bakes goods and drinks, as well as sitting in – photo by Martin Booth

The flow of customers waiting for a takeaway coffee still needs to be sorted, with a socially-distanced throng forming at the end of the bar on Sunday morning as staff valiantly tried their best to keep up with this early demand.

A couple on the window seats behind me had to ask twice for their oat milk flat whites which had failed to materialise after almost 15 minutes.

But it was the Sabbath and they were in no rush. “I wouldn’t like this on Park Street, it would feel too wanky,” the 20-something man in a t-shirt told his girlfriend, who was holding a tiny dog. 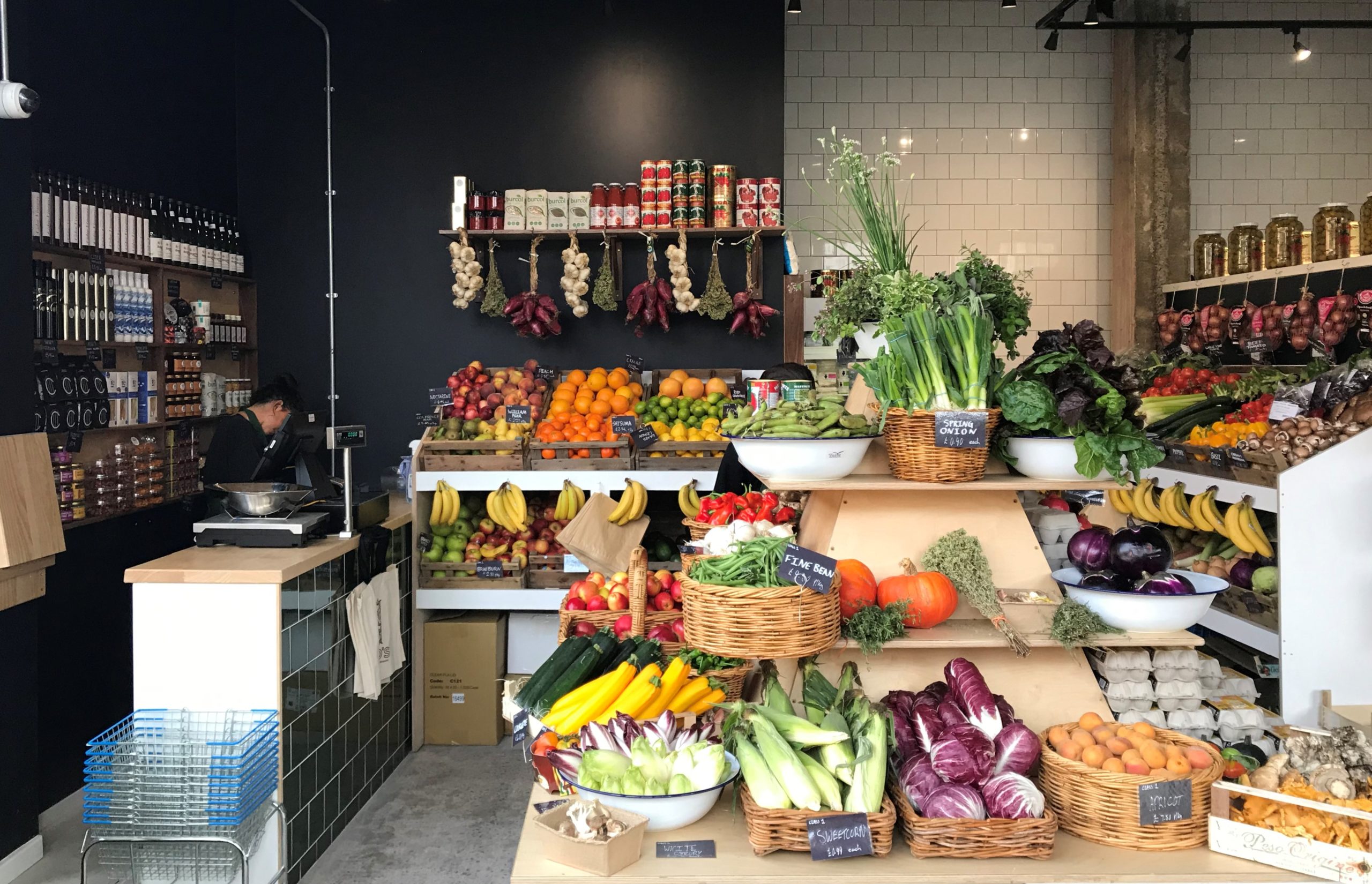 On weekdays, the Bristol Loaf is open from 7.30am to 8pm, with cheese and grazing boards available throughout the day to enjoy with a glass of natural wine from the Bristol Vine.

The businesses on this corner (which for many years was car parts shop Motaman) complement each other well, with Two Belly co-owner Dominic Pulsford talking customers through the best cheeses to match with wine and beer on Sunday morning.

A concise wine list from the Bristol Vine contains five reds and five whites from across Europe, with each one available by the glass or the bottle, from £3.35 for a 125ml glass with the top price bottle £30.

The Bristol Loaf is a brilliant addition to BS3, with a trio of excellent food and drink businesses making Bedminster Parade a new food and drink destination. 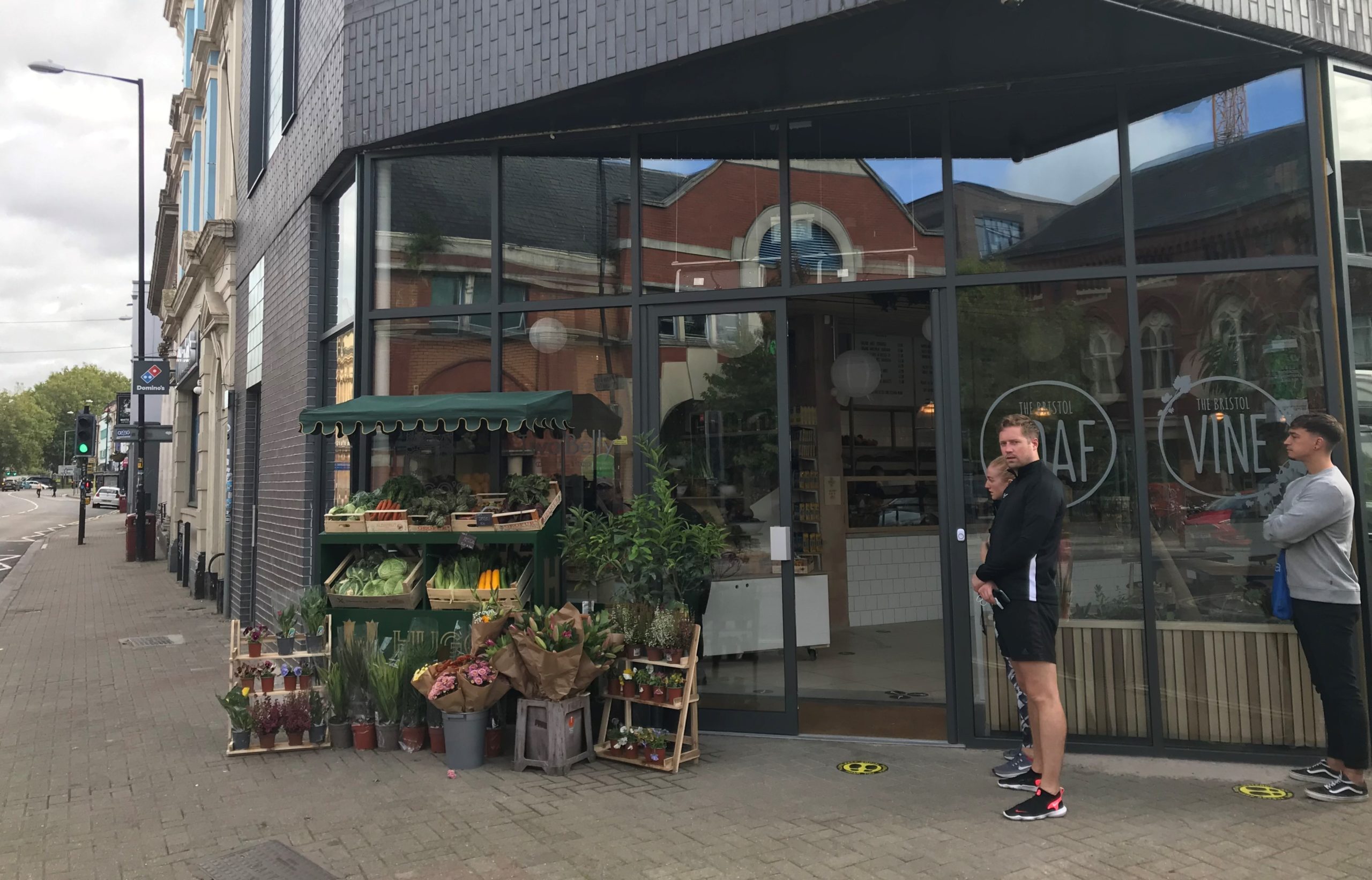