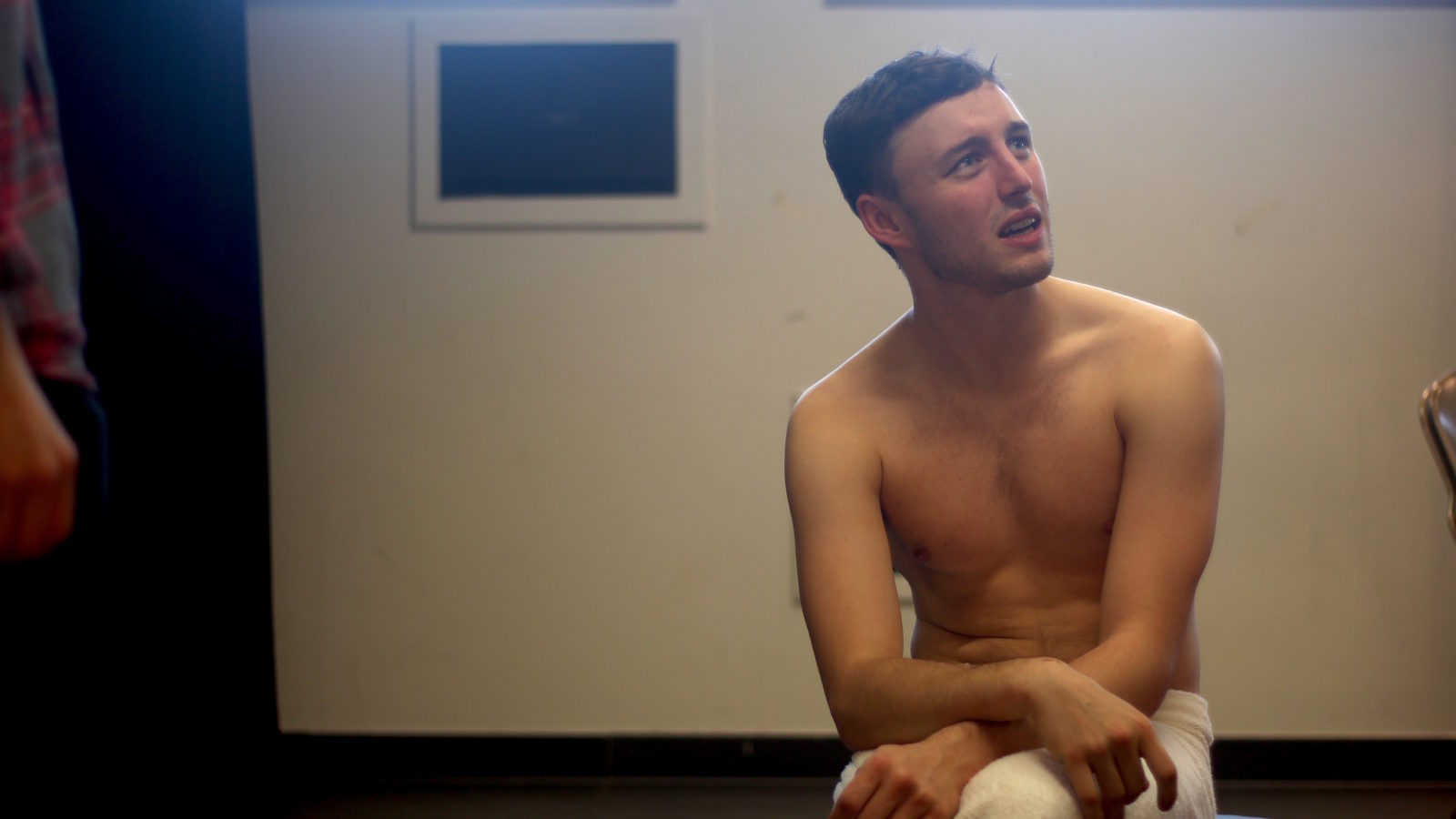 Is life better for gay men than it used to be? And if so, how much better? The award-winning Ginger Beer is a play that asks its audiences just that: is the modern gay scene the buoyant, accepting place it is often portrayed? A dichotomy seems to exist – a community where self-expression, love and acceptance are championed, and where problems of drug abuse, racism and consent persist. 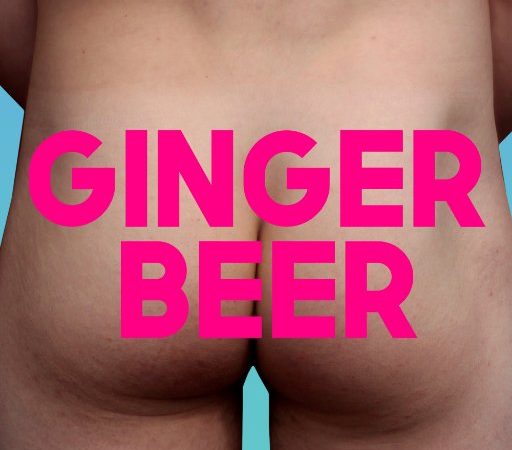 The play’s poster reflects one of its dominant themes – are gay men over sexualised?

In a study by the Office for National Statistics in 2015, gay and bisexual men reported lower levels of life satisfaction and higher levels of anxiety than heterosexual men. While finding a definitive list of reasons why may be more than any play can achieve, Ginger Beer presents some of the hidden issues that blight the community.

“I think any positive steps on these issues need people within the gay community to change how they treat one another,” says Hallam Breen, co-creator of the show. Gay men should see each other “less as sexual conquests and more as people to relate to and emote with”, Hallam says. “It also requires a massive systemic change in how society treats and looks at gay people. And a realisation that homophobia happens daily in thousands of tiny ways,” he continues.

Ginger Beer focuses on best friends Sammy and El. Sammy is particularly dissatisfied with the gay scene, while El is becoming more heavily involved in chemsex – sex under the influence of illegal drugs.

The NHS and British Medical Journal have identified the phenomenon as a ‘health priority’ as the habit of sexual encounters fuelled by sexually disinhibiting drugs, such as GHB, GBL and mephedrone, can lead to dangerous sexual practices. As these problems develop, Sammy and El’s relationship falls apart in front of our eyes as they both fail to manage how they’re feeling. 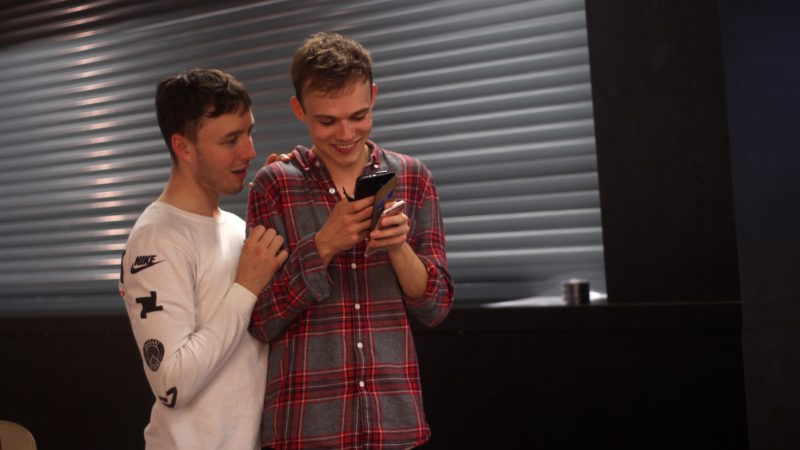 The play questions many of the damaging trends that affect young gay men – chemsex is the potentially dangerous issue of drug-fuelled sex parties.

But what is the experience of a gay person first coming onto the scene now? “I would say it’s a real rollercoaster,” Hallam says. “At first you find a place where you can say, ‘wow, I’m not the only gay person, there are countless people like me who support me and who fancy me’. But, you become aware of the real issues within the gay community that people are aware of but don’t challenge, such as racism, sexism and drug abuse.”

Phoebe Simmonds, fellow Ginger Beer co-creator agrees, adding: “It would be objectively homophobic to say that all gay men rely on drugs to have sex, but it is a real issue that nobody is seeking to address. VICE produced Chemsex, a documentary which charts a young gay man’s first experiences with the scene. It is a documentary I’d really recommend watching.”

In preparation for the show, Hallam and Phoebe researched the huge body of work that has been produced on the topic, but the plot is drawn from personal anecdotes and conversations with people the pair have met. The major themes are isolation and stigmatisation.

“For many, the gay community is still seen as an impenetrable ‘other’ and this can have potentially disastrous consequences,” Phoebe says. In a city where gay spaces are few – reduced by economics and societal change to a handful of bars – and in a culture now dominated by apps, finding a happy and healthy ‘way in’ may be harder than it ever was. Is coming out and coming onto the scene the release it once was for young gay men? Or are the ways to be gay narrower and more sexualised than before?

‘Coming out’ is dealt with adeptly in Ginger Beer. The presumption in today’s era of openness that all gay or bisexual men identify and come out is one that the play – and statistics – refute. In response to a 2016 ONS sexual identity survey, 4.1 per cent of people refused to answer the question or indicated that they did not know their sexual orientation. And far from the often-cited statistic that 1-in-10 people are gay, a surprisingly small number of respondents (1.2 per cent) identified as gay/lesbian, and 0.8 per cent identified as bisexual. Women were more likely to identify as bisexual than men. 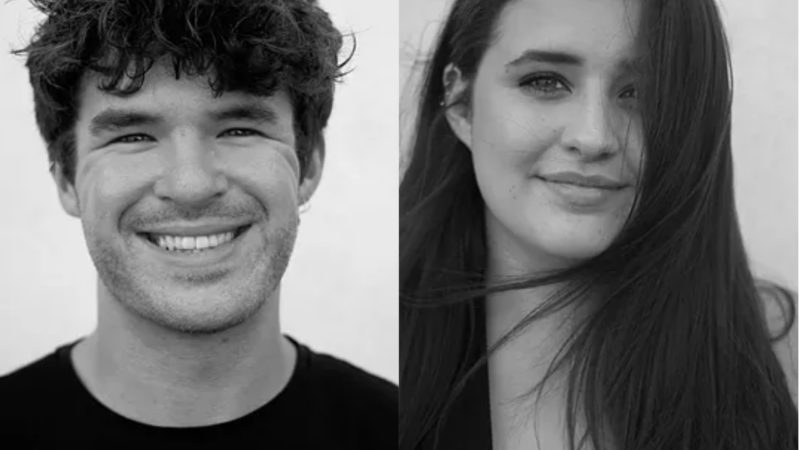 Hallam and Phoebe agree that it was interesting for them to MSM (the medical shorthand term for men who have sex with men) and to try to explore the mentality and emotional makeup of a man like that – rationalising how and why they think and act how they do.

The production company’s name – Limerence – “means ‘an infatuated love’, which is why our projects focus so deeply on human relationships”, says Phoebe, “and these are the difficulties of the scene we wanted to explore – namely why gay men can interact with each other in such a specific manner.” These interactions, Hallam adds, are not always positive or consenting. “Sexual assault,” Phoebe concurs, “needs to be addressed in all communities. I think the gay community needs to be more aware of the issue of consent.”

“It’s a hard topic to discuss,” Hallam says, “and I’m by no means an expert. In Ginger Beer, we’ve approached sexual assault in quite a subtle way – exploring at what point something shifts from consensual to non-consensual.”

Ginger Beer has been “a labour of love” for the pair. “It started out with us in Phoebe’s bedroom, going ‘well, I guess we’ll go to Fringe then’,” Hallam says. “What followed was a lot of post-it notes, countless sleepless nights and revisions and redrafts before we even got to the rehearsal room with our actors.”

Much of the show’s evolution is due to the calibre of the actors, Phoebe reflects: “The play today looks nothing like our first draft, but we knew the cast could handle very complex material with fast-paced dialogue. Their ability to take our direction with so much good faith and intelligence really made the show what it is today.”

The show was greeted with at the Edinburgh Fringe by critics and crowds. “We’ve had people come to speak to us after the show to talk about their own experiences and that’s been massively encouraging,” Hallam says. It is “due to great reviews and a sell-out run” that Limerence has been able to tour Ginger Beer. “This is all because of our brilliant audience members being so vocal about how much the show resonated with them,” Phoebe smiles.

“I think most gay men, once they’ve decided to be out and realised that that’s OK, kind of think ‘sod it’ to the mainstream and will happily do and act and dress however they want,” Hallam reflects. It is clear, Ginger Beer never loses sight of its love for the gay community. “The men who refuse to feel ashamed of themselves are a constant inspiration to me,” Phoebe concludes.

Ginger Beer is produced by Limerence Productions. It is being performed at The Wardrobe Theatre from Tuesday, October 23 to Thursday, October 25. Tickets are £10.

Read more: Is Bristol Prided headed for The Downs next year?