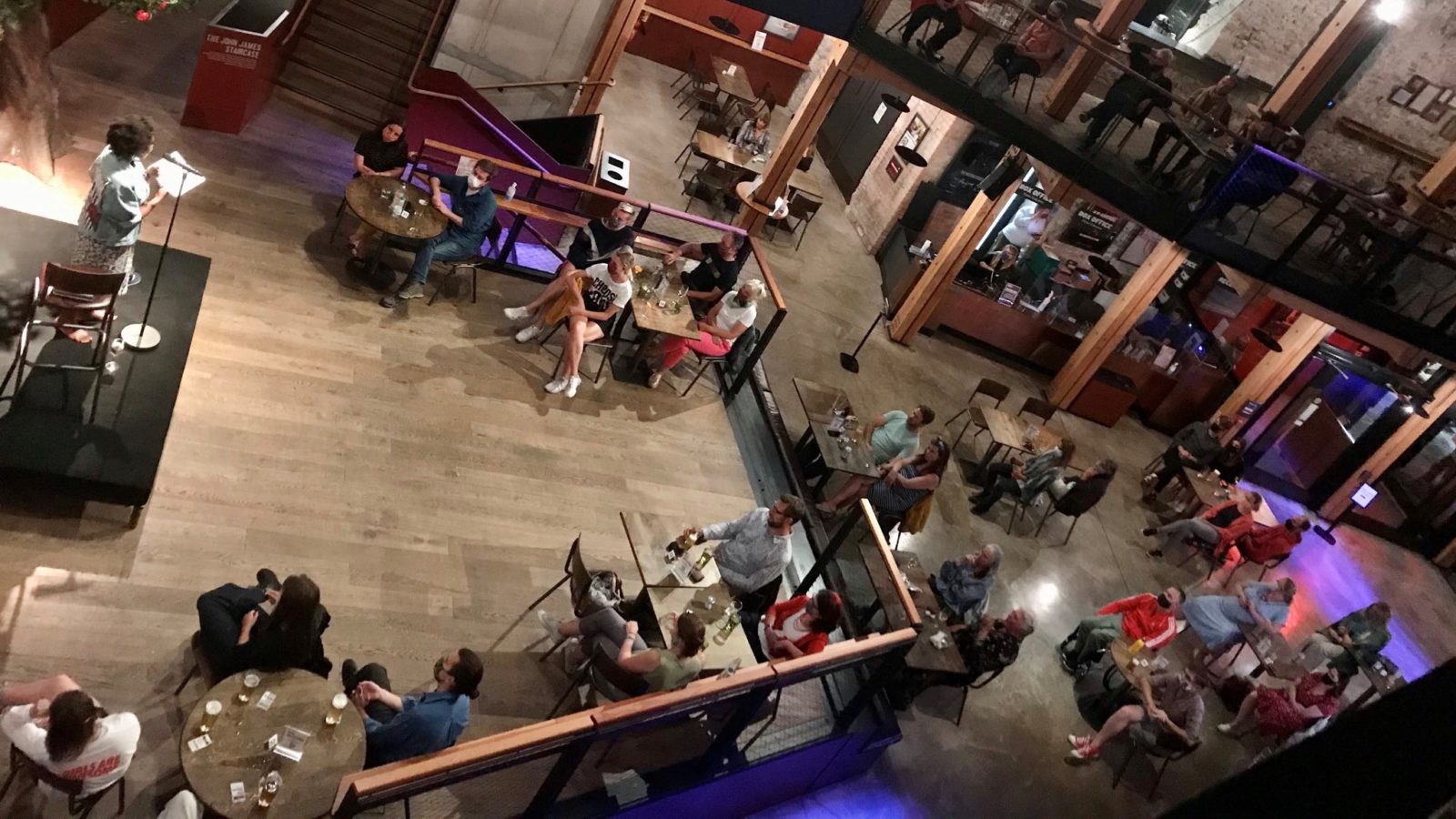 Vanessa Kisuule read her poem about the toppling of Edward Colston’s statue for the first time in front of a live audience as she became the first person to perform at Bristol Old Vic since lockdown.

On an improvised stage in the foyer, complete with an apple tree, Kisuule performed an hour of poetry to herald a new beginning for the historic theatre.

“Thank you so much for taking a chance,” Bristol’s former city poet told the audience sat at socially-distanced tables on the ground floor and on the balconies. “I know it’s really scary, strange and difficult right now.”

She added: “This is my attempt to remind myself what this is all for, and I think we all need a reminder of that. 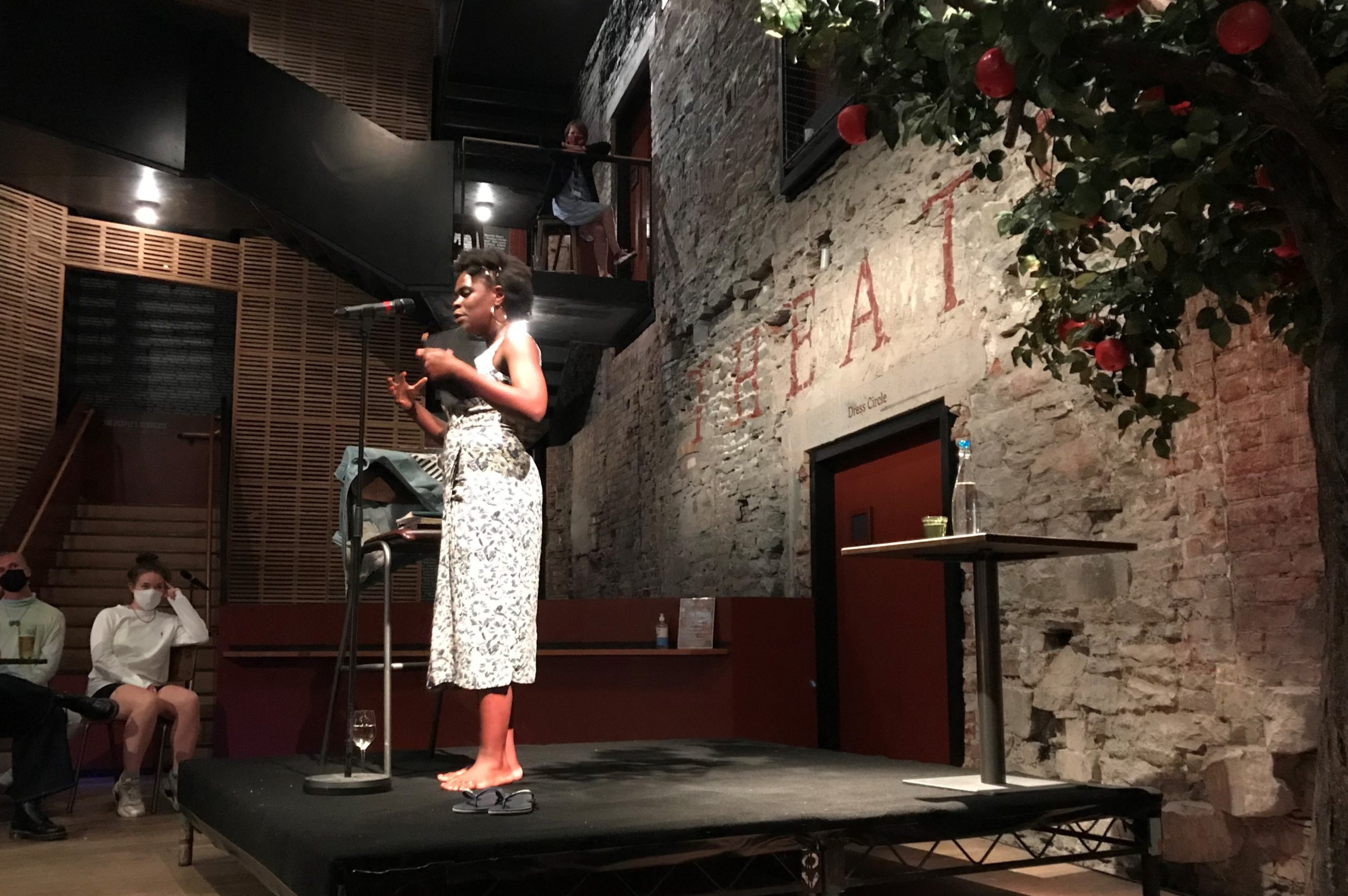 Vanessa Kisuule performed in the Bristol Old Vic’s new Courtyard stage, next to an apple tree – photo by Martin Booth

“Let’s all remind ourselves what this whole ritual is all about and then hopefully by the end of this, we’re going to be willing to fight for it.”

Kisuule’s poem about Colston, called Hollow, went viral after she published a video of herself reading it the day after the statue was toppled from its plinth and thrown into the docks.

I've never been prouder to be Bristol City Poet & to offer a poem to my adopted city than I am today. This piece is called Hollow and I hope you like it. I've captioned it and everything!

The University of Bristol graduate’s experience of moving to the city formed part of a New Yorker article on how the removal of Colston’s statue heralded something of a new beginning across the UK and the rest of the world.

And Thursday evening heralded something of a new beginning for the Old Vic, which continues on Friday with comedy from Mark Olver and on Saturday with a night of classical music.

Introducing proceedings from the corner of the foyer that will be known as The Courtyard, Old Vic artistic director Tom Morris said that the reopening of the doors “has been made possible by the generosity of people who love this theatre”.

He said: “You will all know that there are some financial challenges in the world of theatre. But many people who love this theatre have given us funds and those funds are commissioning the work that we’re making now and paying the artists who are reopening our theatre.”

Donate to the Bristol Old Vic’s reopening fund at www.bristololdvic.org.uk/support-us.