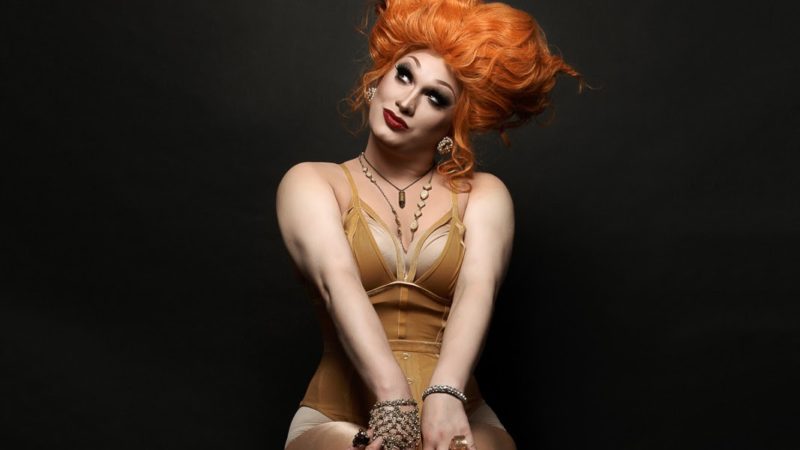 Jinkx Monsoon returns to Bristol on Saturday, June 9 with a new cabaret night, Jinkx Monsoon is Cursed. The show has been specially written for her UK tour and is going to be an unmissable night for drag fans.

Five years on since Jinkx claimed victory on season five of RuPaul’s Drag Race, her star brightens as her idiosyncratic style continues to inspire fans.

“Cursed is going to be a little different from my other cabaret shows,” Jinkx begins, “but you can expect some Jinkx-style covers and lots of comedy. I will share personal stories from my love life for the benefit of my audience. For years, I have regaled my friends with the unfortunate events that have taken place in my bedroom and it just makes sense to share them with the world.”

To those outside of the show’s viewership, Drag Race is seemingly just another TV reality show, but in comparison to other TV talent competitions, it should surely be considered one of the most successful. The fact nearly all its stars carve out successful global careers long after their time on the show has ended gives weight to the idea Drag Race is something more than a run-of-the-mill reality show.

Even the BBC News has taken note of its power.

And so to Jinkx’s triumphant return to Bristol after the release of her new album, The Ginger Snapped, earlier this year.

The album is full of new material – and some songs, like ‘Just Me (The Gender Binary Blues)’, address very serious topics. Monsoon, who uses the term non-binary to describe themselves out of drag, has said the song is particularly significant because “gender is a concept that we created as a society and it’s a concept we can recreate and revamp and reform as many times as we need to be inclusive”. 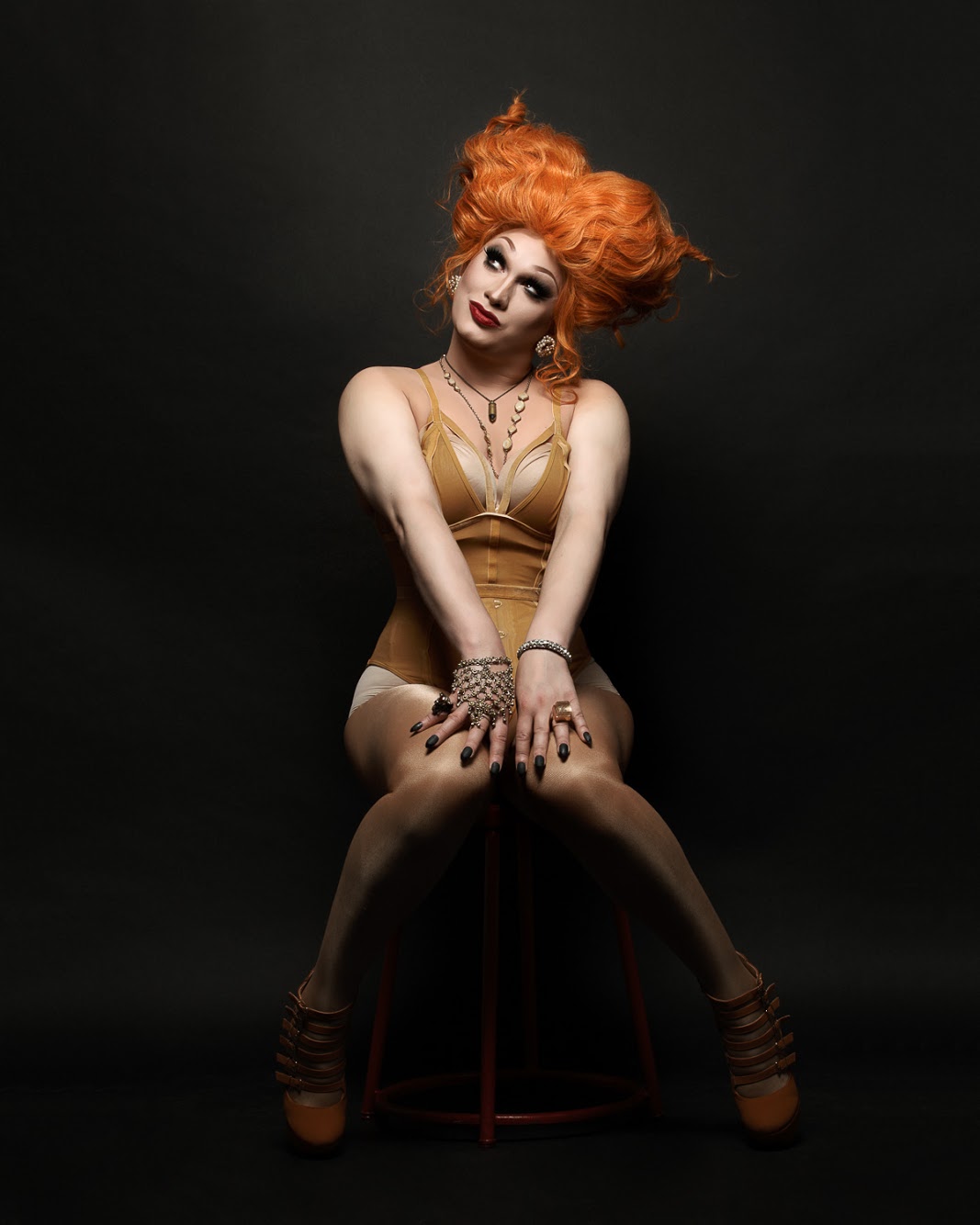 Jinkx has written this new show especially for her UK tour and promises to deliver her clever, old-school cabaret style with a 1990s-inspired sound. Photo by Alec White.

It’s hard to pick favourites from the album, but ‘Friends’ and ‘Take it Back’ are real earworms. ‘Friends’ namedrops 36 people in a song that “parodies an Atom Ant song from the ‘80s” and pays tribute to Jinkx’s sisters in the drag business.

Jinkx describes ‘Take it Back’ “as a sort of a sister to ‘Song To Come Home To’ from our first album”. “Even though the two albums are distinctly different, we’re always thinking about ways to weave “long-con” through the body of our work,” Monsoon elaborates.

Jinkx’s two albums are very different, which was an intentional move that makes for a very 1990s’ influenced sophomore.

“There’s definitely early No Doubt, Amanda Palmer and the Dresden Dolls, and a little B-52’s sprinkled in there as well. This is why it was such a coup to have both Amanda Palmer and Fred Schneider featured on the album, as well as cabaret goddess, Lady Rizo. I feel like this album is the perfect blend of Major Scales and myself and our shared musical sensibilities. I couldn’t be happier with how the album turned out!”

There’s even a nod to Bristol’s music scene. Jinkx describes ‘Sugar Mama’ as having a Portishead-influenced sound.

Tens across the board! My look for episode 1 of season 10 of @rupaulsdragrace – dress by @theladyhyde – hair by @zachkilian

The tour across Britain will also take in Cardiff and Birmingham – areas where Bristol-based ESDR have recently expanded to cover. Such is the strength of the Drag Race brand that the drag events organiser is now a huge Bristol success story and has become a force in promoting British drag acts alongside the US headliners. This show will be supported by Brighton-based drag prince Alfie Ordinary. ESDR now organise events in Southampton and Plymouth and have dates in the pipeline starring Shangela and Monét X Change.

“I absolutely adore the sense of humor shared by the UK,” Jinkx explains. “I feel like I never have to explain my jokes to my UK audiences, possibly because so much of my humor has been shaped by the British TV I’ve always loved.”

One of Jinkx’s biggest inspirations (and both her surname and hair are a giveaway) is Edie Monsoon – the protagonist of Jennifer Saunders’ epic sitcom, Absolutely Fabulous. 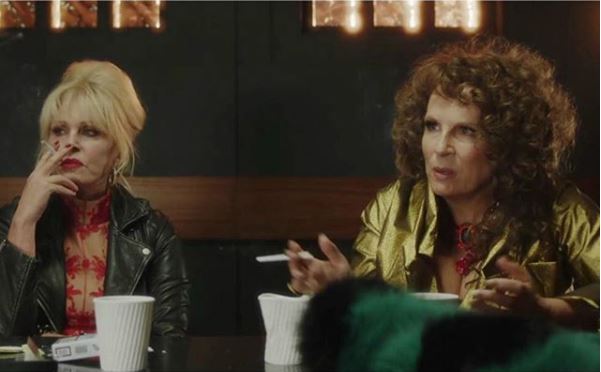 Edina Monsoon is a chief inspiration and Jinkx says it is because of her she has an affinity with British humour.

But what would Jinkx say to Jennifer if they ever were to meet?

“First, I would thank her for her impact on the world of comedy, then I would offer to buy her a drink… hopefully by the end of the evening we will be best friends who text each other all the time,” Jinkx declares.

So what of Jinkx’s TV career; would an All Stars competition be on the table? Fellow Drag Race winner Bebe Zahara Benet competed in the most recent installment of the Drag Race spin-off that gives previous competitors a second crack at the crown.

“There was a time when I would have said no,” Jinkx begins, “I was nervous about going back into the thunder dome.”

“However, watching the fun that my sisters have going through the gauntlet again has changed that. Also, competition inspires great things in artists. The last time I competed, my drag went to a whole new level. I would love to show how I have evolved since my season, and I would love to see what another competition would unleash in me,” she adds tantalisingly.

There will be lots of covers in Cursed so it must be hard for Jinkx to choose a favourite song to perform.

After a little thought, she says, “I think my all-time favorite song to perform is “Rose’s Turn” from Gypsy. I feel like I really connect to the mental state of Rose in that song, and I love showing off my powerhouse vocals mixed with my own brand of comedy that I infuse into the song.”

Jinkx performs on Saturday, June 9 at Bristol University Students’ Union. Tickets are on sale for £20. So, whatever you do, don’t miss ‘Sugar Mama’!