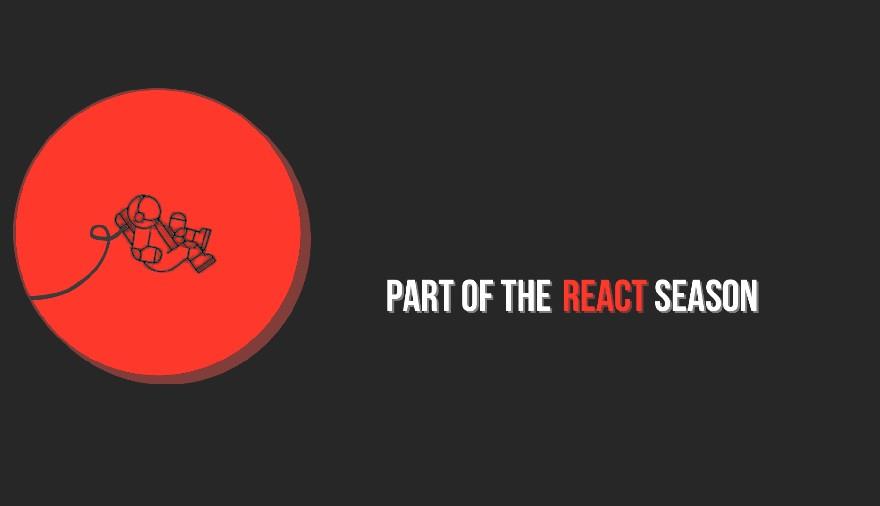 During November, under its REACT banner, the Bristol Improv Theatre presents a series of new shows that respond creatively to the challenges of social distancing in live performance. A lineup of talented local companies and artists embrace the flexibility of improvisation to create work that is imaginative, immediate, whole-hearted and fun.

“shows that respond creatively to the challenges of social distancing in live performance”: Tell us more.
In circumstances like these, improvisation comes into its own. The art form is incredibly adaptable, the scope of what we can create is huge and most importantly, we work with a whole company of talented people who have literally been training for years to get up on stage with little to no preparation.

Pretty early on in lockdown, we started dreaming up ways to perform with social distancing. We decided right away that the worst thing we could do was just pretend it wasn’t happening – to just do the same shows as normal, but expect the actors to maintain a two-metre distance. There’s something oddly ghostly about that, and it’s also difficult for the actors.

As an improviser you’re taught to follow your instincts, go with the flow and jump on an idea as soon as it comes to you. Now performers have to take a moment to think: am I OK doing this? Is this safe?

To give our company the freedom to relax and play, we instead gave ourselves the challenge of incorporating the need to distance into the shows themselves. The results so far have been exciting; it has allowed us to think outside the box as to where our shows are set, or if they experiment with temporal locations reached through memory, how we can use technology or projections and set pieces.

Some pieces (like Confession Booth, which does what it says on the tin) use physical barriers on stage. Others embrace distance as a part of the show – like Off By Heart, a show about a couple in a long-distance relationship. It has been an exciting process, and we’re definitely only on the cusp of what we can create in these new conditions.

Tell us about a couple of the shows in more detail.
In 2020: A Space Oddity, we see a day in the life of a lone astronaut on her two-year mission, which is provided by the audience. For company, all she has is the ship’s AI – a brilliant system that can assume the voices of the family, friends and colleagues the astronaut left behind. With one performer as the AI at the tech desk and the other alone on stage, this show is as physically distant a show as we can produce in one room!

‘2020: A Space Odyssey’ follows a day in the life of a lone astronaut, whose mission is provided by the audience. Pics: Bristol Improv Theatre

In Confession Booth, improvisers confess sins that have been anonymously submitted by the audience to a priest – the show is a hilarious celebration of human foibles, accompanied by some (limited) theological discourse. The booth serves as a physical barrier between the performers, but also provides some wonderful opportunities for comedy – the audience can see both improvisers, but they can’t see each other!

How have the last six months, without live audiences, been for you? What have you missed – and have there been any unexpected bonuses?
The last six months have been a bit of a blur. As soon as we closed the doors to our physical space we moved our shows online using the streaming platform Twitch, and started figuring out the boundaries and possibilities of the new set up.

The chat functions on the site allowed us to keep taking suggestions from the audience, and the joy of improv is that the show is created live for the viewers – so we were able to preserve that wonderful feeling of ‘turn up for the show’, bringing everyone together at a certain time each weekend. We have learned heaps from the challenge, and some of the new shows we created are definitely going to make their way onstage in the future!

But as much as anything, it was a wonderful way of keeping in touch with our artists and audiences, giving our amazing community a place they could still meet, socialise and laugh – albeit remotely.

One upside we maybe didn’t expect was reaching entirely new audiences – some devoted Twitch browsers became regular viewers, as well as improv lovers from all over the world. Some improvisers had family members tuning in who had never seen them perform before!

Going online is allowing more people to access live theatre than ever before, so we’re keen to keep an online presence even as we move back into our physical theatre space. 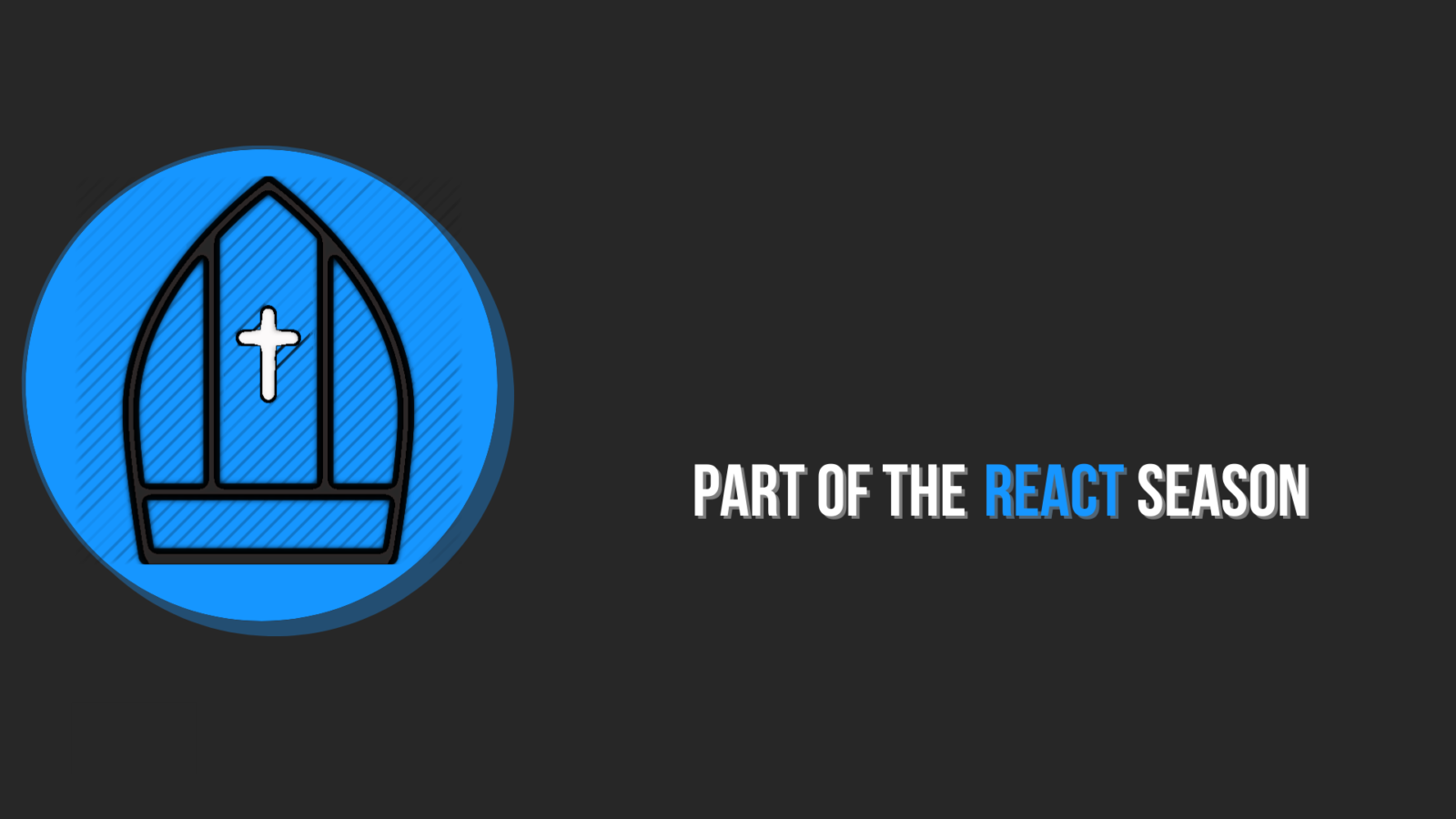 In terms of what we’ve missed? One thing you can’t replicate online is laughter – it is electric to have an audience in the space with you and, particularly when the work is spontaneous, you feed off that energy and craft the performance around what the audience are responding to. But we found some pretty great alternatives (see the next question!)

How well did Twitch, and audiences responding via the chat, work for you and your shows?
Twitch could have been tailor-made for online improv. The more we streamed, the more we focused on involving the audience in the chat – in some shows we’d be taking suggestions for games, in others the performers would actually be in the chat themselves, weaving whatever the audience were discussing into the show. There have been some hilarious moments – audience members correcting a performer, or jumping on a silly game and playing it themselves in the chat – that just wouldn’t have happened at an in-person show.

It’s like a benevolent form of silent heckling. Once you get used to it as a performer, it gives you twice as much to play with and bounce off of.

We created You Gotta Be Quizzing Me, our improvised quiz show, with exactly this in mind: the audience can score points and the contestants play against the audience in several of the rounds. People absolutely love catching the contestants out and having their answers read out in the show – it’s an exciting discovery that we might never have made without online improv.

Tell us briefly how you have adapted the theatre to suit new social distancing demands.
The whole space has had a COVID-secure makeover. We’ve moved around the entire layout to create a wide, raised stage with audience seated cabaret-style, at distanced tables of 2-4 people. The stage dimensions were chosen specifically to allow up to four performers to perform with 2m social distancing in place, and for audiences there is every other measure you would expect: masks to be worn as you’re moving around the building, hand sanitising stations on the doors, upped cleaning protocol throughout the evening, and table service (so you can still enjoy a Bristol Beer Factory pint or a gin and tonic with the show!)

How do you think you’ll look back on this time, when things go back to normal?
I think we’ll be incredibly proud of the work we have done and grateful for the amazing community that has supported us throughout. Being forced to operate and perform under different conditions has taught us so much that we’ll be taking with us as we reopen the space, and perhaps our new normal will include a whole new repertoire of skills for performing at a distance, utilizing technology and embracing change, which is at the very core of improvisation and at the heart of what we do.

But the most important lesson is that live theatre and comedy are powerful, important and resilient. As they say, the earth without art is just ‘eh’.

Read more: Ad Infinitum return with mini-festival ‘Where You Are’