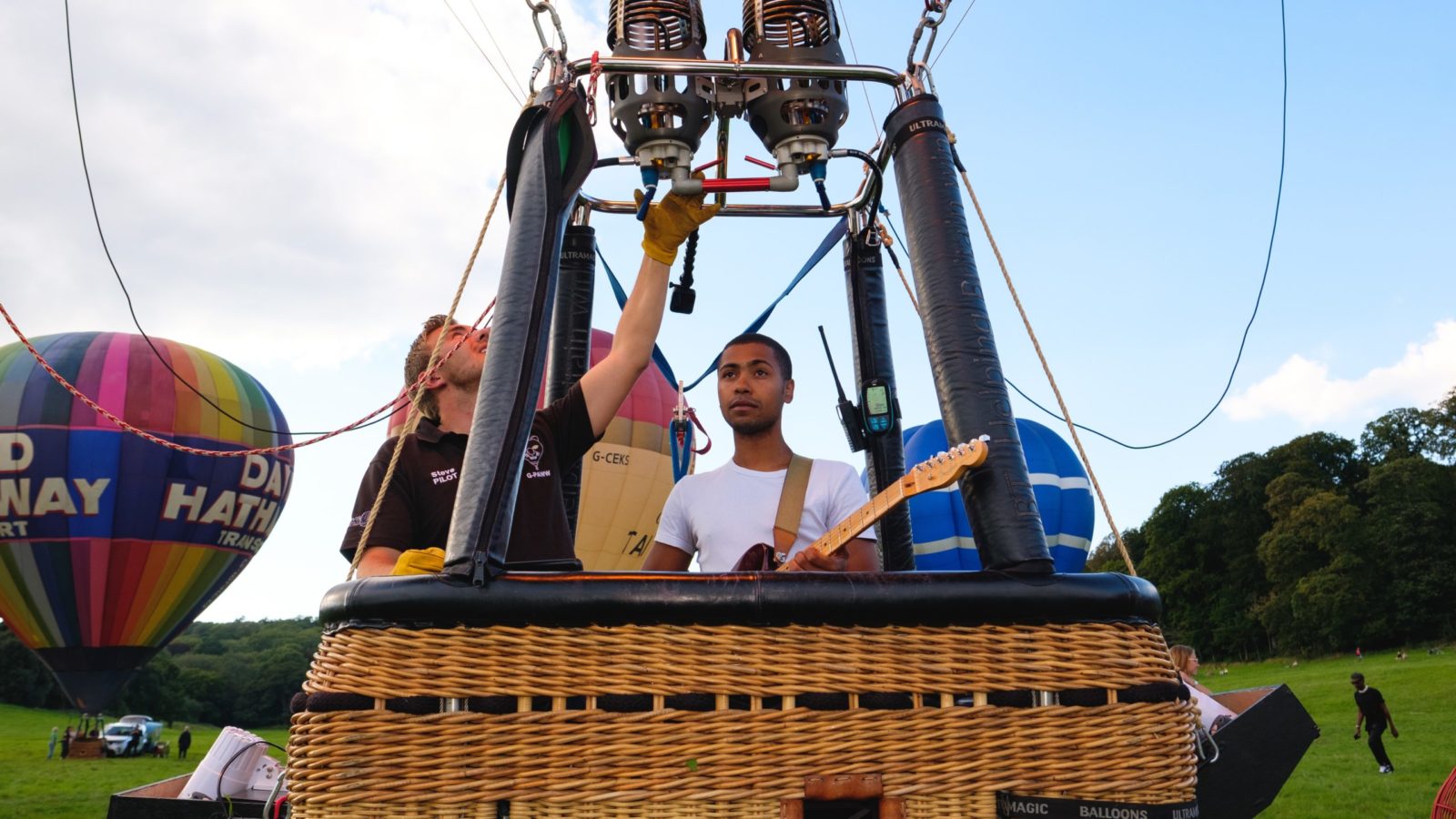 Jerome Gamble climbed into the basket of a hot air balloon on Tuesday evening with his electric guitar. He is scared of heights but vowed to let the power of music calm his nerves.

The musician was in one of seven balloons that took off from Ashton Court with the aim of flying over Bristol, serenading the city from above with its surround sound artwork.

But the lack of wind put pay to that, with the Sky Orchestra unfortunately unable to get much further than a few hundred yards in their half an hour or so in the air.

Massive Attack’s Grant Marshall was among those in Ashton Court watching proceedings, having been the producer of one of the musical tracks which aimed to showcase the creative talent of the city.

The arts project by had been put together by artist Luke Jerram and BAFTA-winning composer Dan Jones, featuring the premiere of a new composition commissioned by Bristol Old Vic.

The music was played through speakers attached to the balloons, alongside live accompaniment by Gamble, and was best heard directly beneath the baskets.

Jerram, whose most recent work was unveiled in August in a courtyard at the University of Bristol, said that he wanted “to create a sense of renewal, hope and rebirth, to raise the public’s spirits and mark a moment in time”. 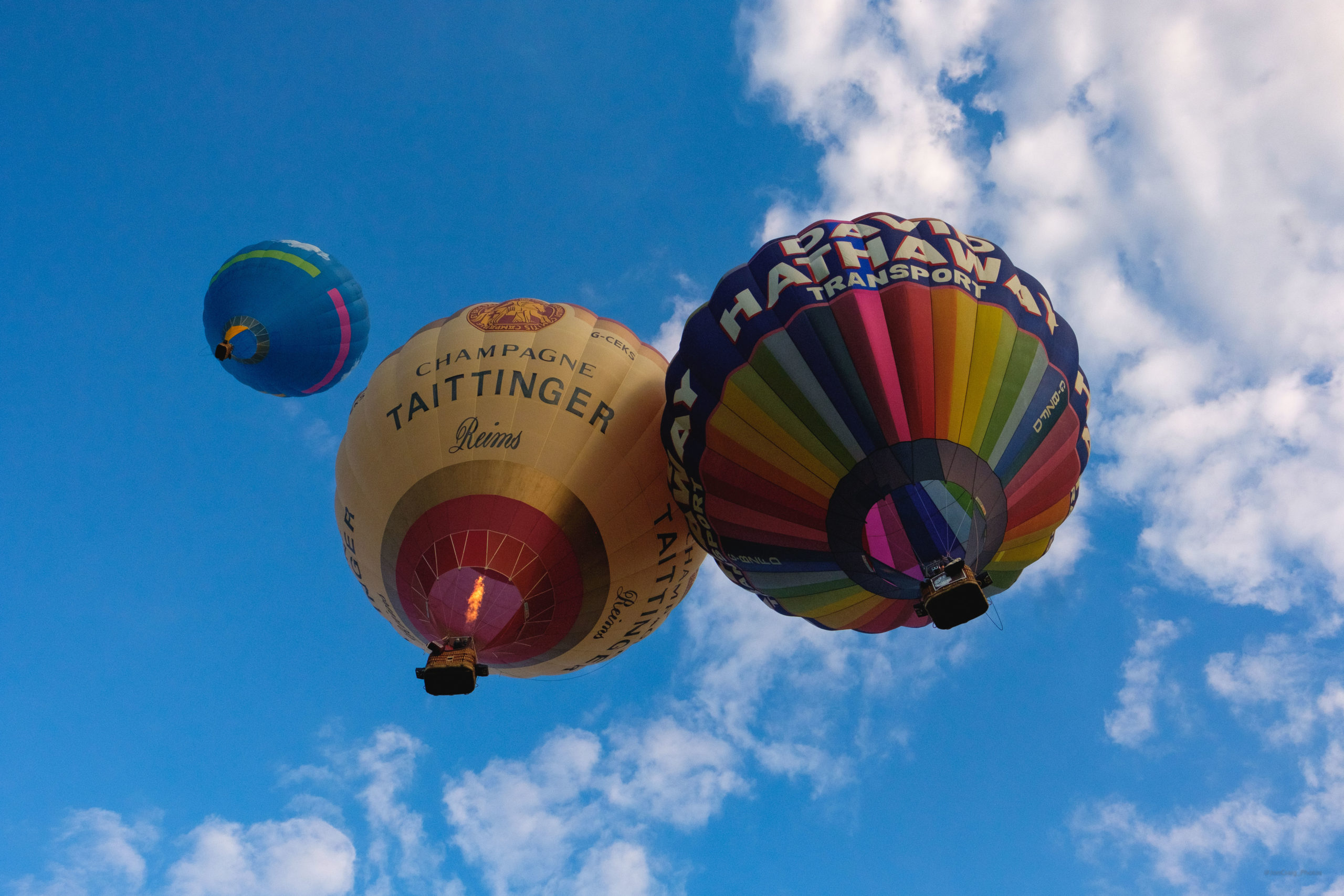 Sky Orchestra was first performed in the city at the Bristol International Balloon Fiesta in 2003, and in 2011 flew across the capital for the London Olympics 2012 – photo by Jon Craig

He said: “As the city begins to breathe again and before we hold our breath to head into winter, we wanted a way to deliver an uplifting experience to people. Something spectacular, yet somehow intimate.”

Funds raised from the sale of the EP of the musical composition, now available to download via Band Camp and or Wave Theory Records, will be donated to support emerging musicians in the city.

Sky Orchestra is about to take off from Ashton Court. Hot air balloons will be serenading the city from above – wind direction permitting – with a specially commissioned piece of music.