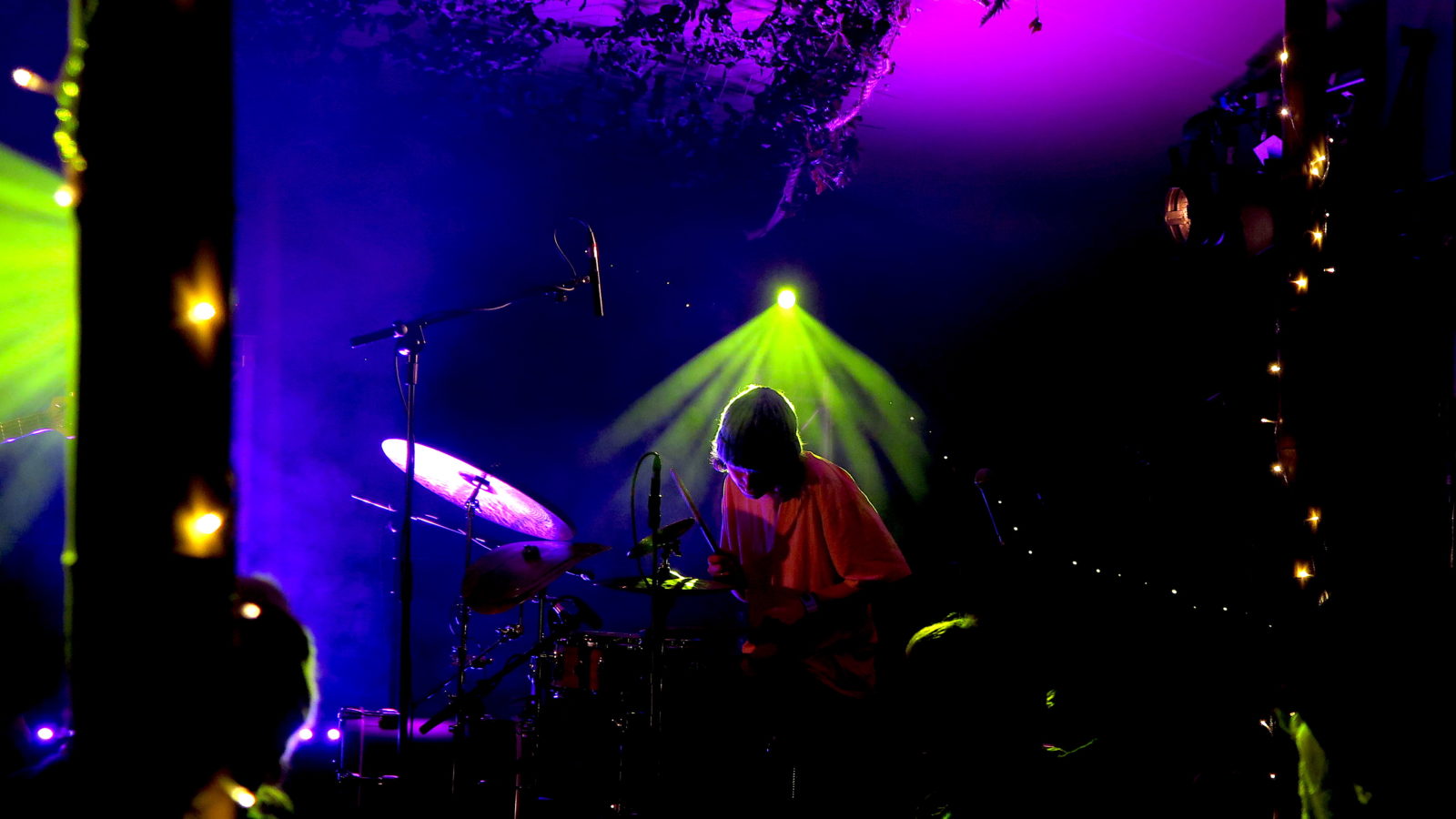 For a band like Waldo’s Gift, used for years to delivering weekly improvisational performances to an ever-expanding audience, the lockdown has been especially hard. This gig had been a long time coming. You could hear the emotion in drummer James Vine’s opening greeting and feel it in the capacity audience’s roaring response. Guitarist Alun Elliott-Williams hunkered down to his pedal board, Harry Stoneham swayed over his bass, James picked up the sticks and then, in a matter of moments, seven months of pent-up musical brilliance began to be released. God, it felt so good! 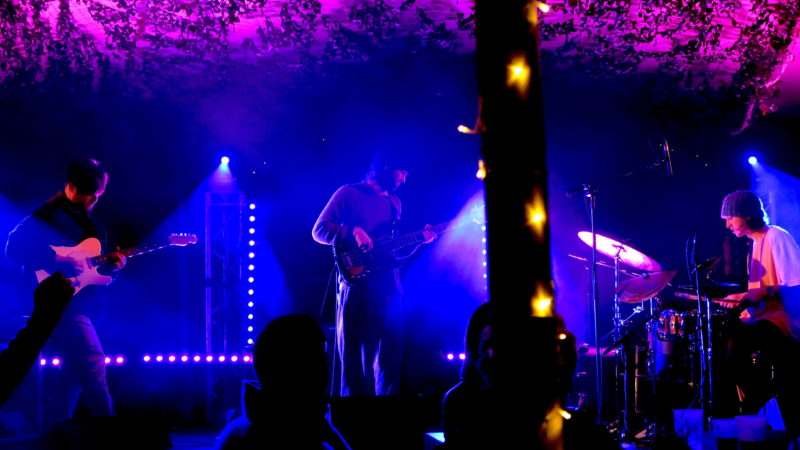 But, for all their obvious delight in being back, Waldo’s Gift are too good at their game to simply go mad. From the starting point of a simple guitar loop combined with ponderous church organ bass chords and ominous deep drums the three musicians carefully orchestrated the build-up to a gleeful wall of sound. At some invisible signal a slick and skittery drum and bass thing burst through that gave way to some kind of 80s electro sequencer beat over which the guitarist’s impressively virtuosic use of FX layered, multiplied and eventually shattered the sonic wall to leave those heavy bass chords to wind us out again. 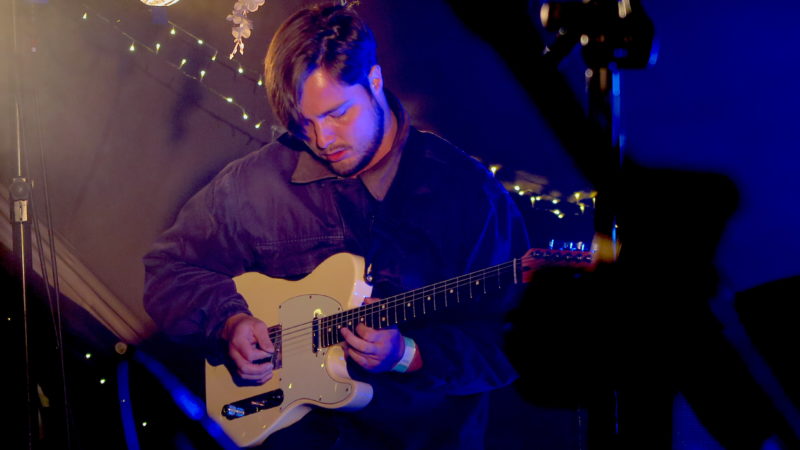 And so it went on, with a fresh start each time establishing a new vibe to set out on a three-headed musical thought process, drawing down jazz, rock and dance music elements into their distinctive shifting sound. Thus a rigid minimalist pattern could flower either into a prog behemoth or a lyrical torrent, while a stately riff could somehow skid into layered cacophony. Taking for granted, as you can, the technical excellence of these three players, ultimately their music flourished through the discipline with which they deployed their contributions around each other, listening and shifting as ideas emerged and evolved. 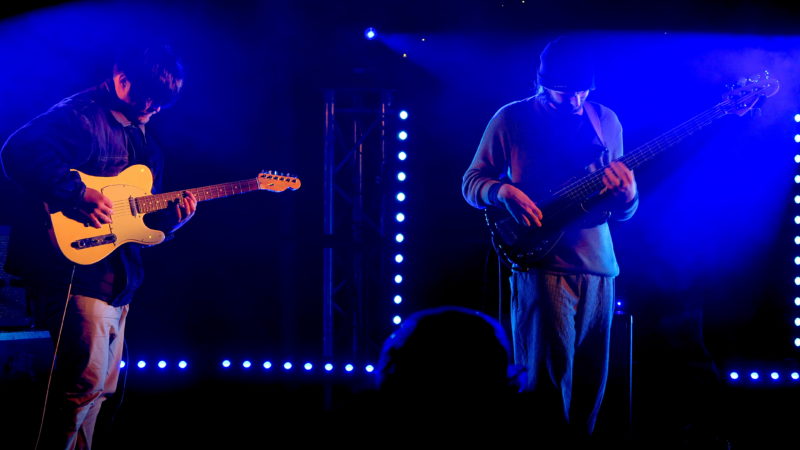 Even the most improvisatory band must make a record from time to time, though, and it was interesting to hear The Hut (from a forthcoming EP). As a prepared composition it naturally had a more structured substance to it, with clearly marked sections and melodic ideas merging and re-emerging. Their commitment to spontaneity notwithstanding, there is evidently a great potential for composition in Waldo’s Gift, something that they could hopefully be more ambitious to develop in due course. 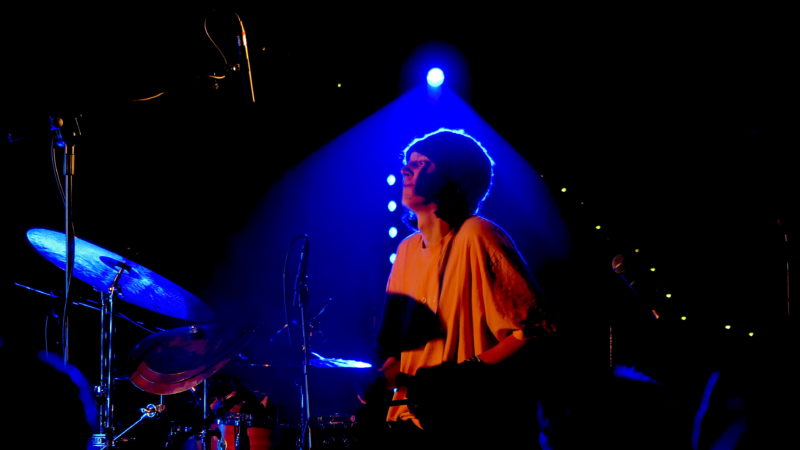 But of course things ended with another made-up workout, driven by frenzied guitar shredding arpeggios that left Alun shaking out his fingers to cool their overheated tips. Over roiling drums the steadiness of the bass steered things remorselessly towards what could have (should have?) been a superbly climactic ending – if only James Vine had been prepared to stop. But seven months of purdah was obviously not yet exorcised and the drummer flailed on into a solo while the others grinned and, eventually, the drum kit began to fall apart under his pounding assault. It had to be enough, for now, though we could all have gone on longer, for sure. Happily it won’t be another seven months before their next gig, however, as Waldo’s Gift will be back at Trinity later this month.