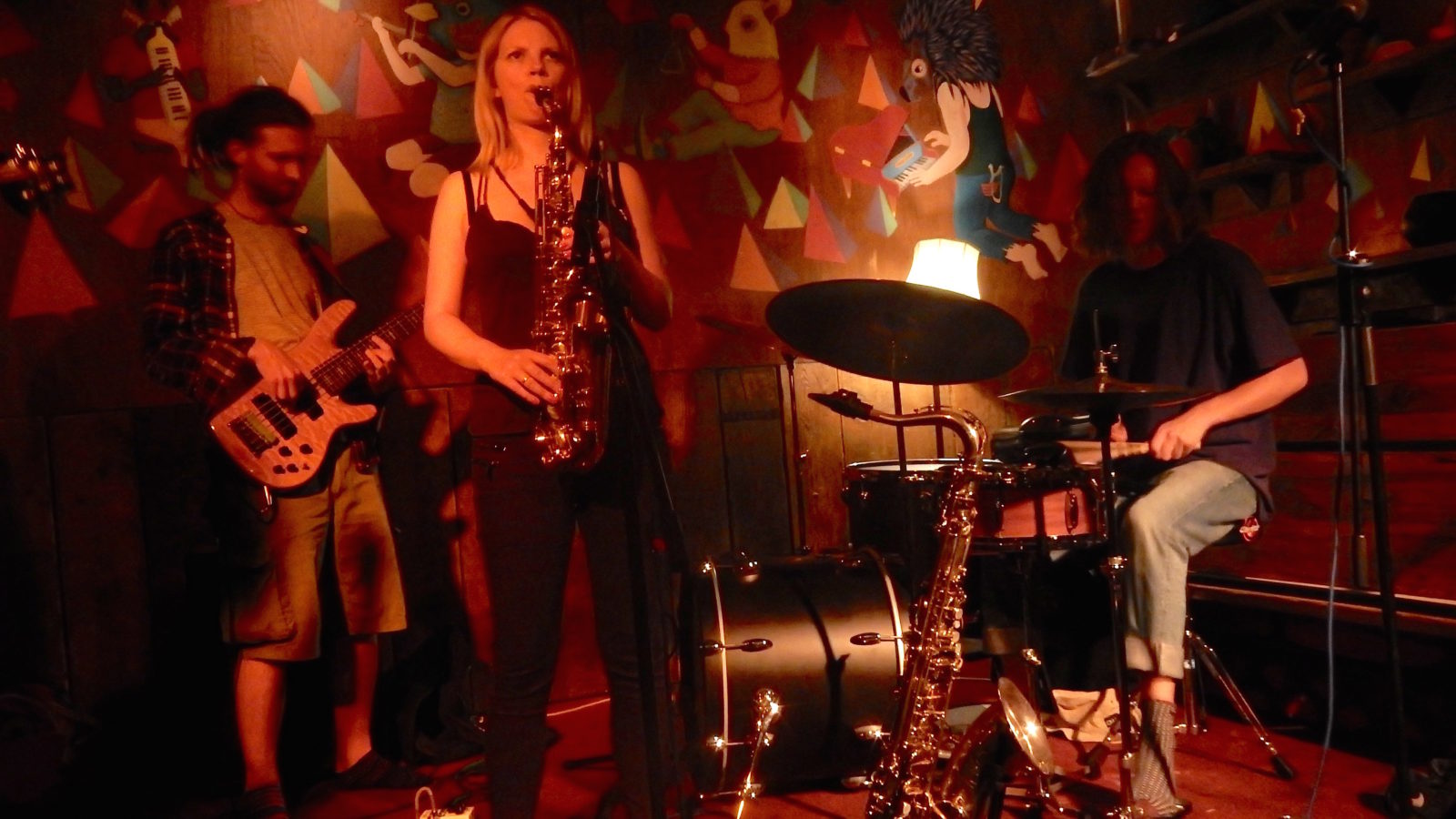 It seems odd to think of saxophonist Sophie Stockham as some kind of veteran of the jazz scene but, compared to the whippersnappers that make up Waldo’s Gift, her seven years with Dakhla Brass (among other notable projects) must warrant some seniority. The younger trio would be very much on home turf in their weekly improvisatory residency at Gallimaufry, however, and that’s a playing method that Sophie hasn’t been known for so, as this gig kicked off, it might have been her that was stepping out on the tightrope. But if so it certainly didn’t show as her assured alto sax sound slipped into the fast-running stream of their electronic jazz. 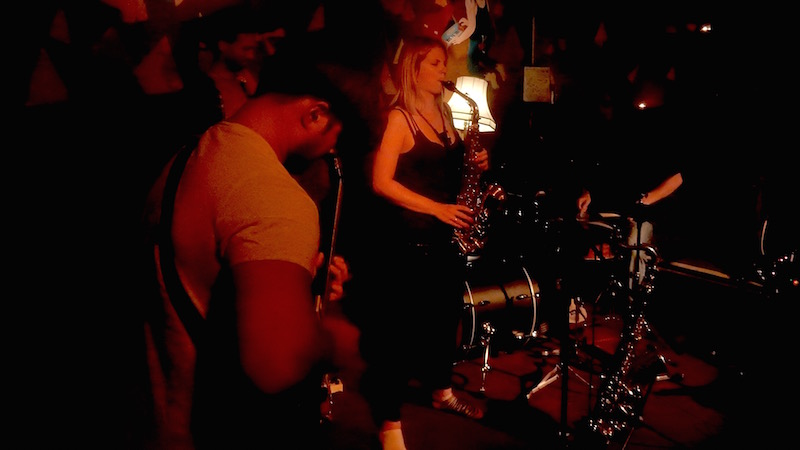 If Alun Elliott-Williams’ dazzling electric guitar is an obvious hallmark of Waldo’s Gift it shouldn’t detract from the responsive interaction between Harry Stoneham’s bass and drummer James Vine, who spent much of the gig with eyes locked as they played around with the rhythm. Their restless refusal to allow things to settle into an easy riffing jazz groove was skilfully achieved without losing continuity and flow while at the same time throwing up phrasing ideas that sax and guitar could incorporate. Often it was the density or spaciousness of the drumming that led to the important changes in the music. 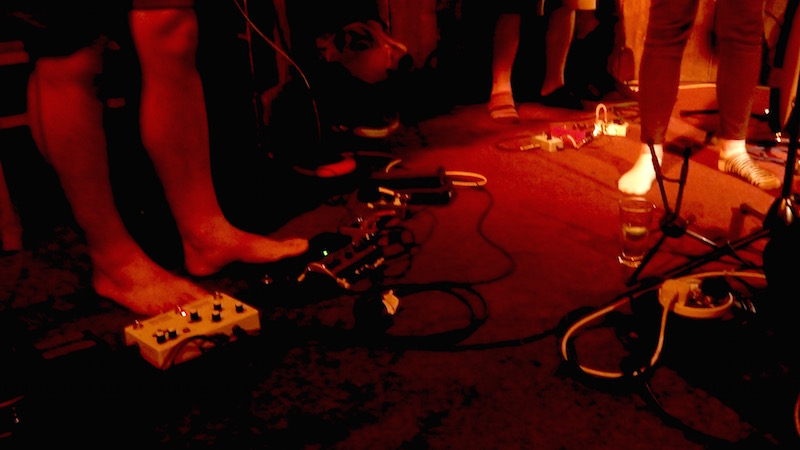 Much of the guitar work was mediated by pedal effects, looped arpeggios or chord washes processed into autonomous voices, Alun crouched over the controls or deftly using his big toe to reset the sound. This autonomy proved especially useful as first one and then a second string broke, causing him to quit the stage to deal with the problem and leaving Sophie (now playing tenor sax) to take control of things. The hiatus gave her the chance to develop Township-influenced melodic ideas, honing her initial theme through cyclic variations in a measured duo with the drums. In due course the bass, too, assimilated the mood and the nicely established clarity allowed the guitarist to return with the kind of looping rapid-fire note sequences that are his stock in trade. Spontaneously composed it may have been but it felt like a thoroughly well-conceived piece of music at the time. 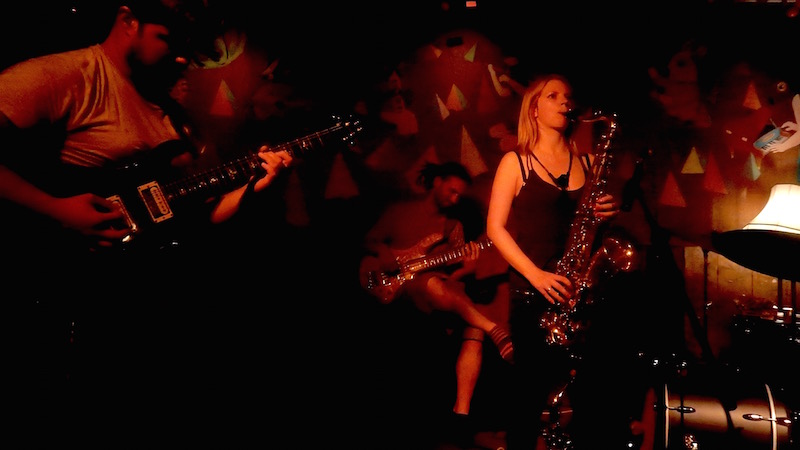 There were four or five ‘pieces’ in their unbroken set, each with a distinct feel and each incorporating shifts of time or dynamics that the four players all anticipated flawlessly. As hosts Waldo’s Gift had clearly made space to allow a fourth voice to contribute to their sound. As a guest Sophie Stockham had distinguished herself both by joining the trio’s tight-knit process and by bringing the element of melodic lyricism that a well-judged brass contribution can add to an electric context. All in all it was a very satisfying evening of exploratory contemporary jazz.