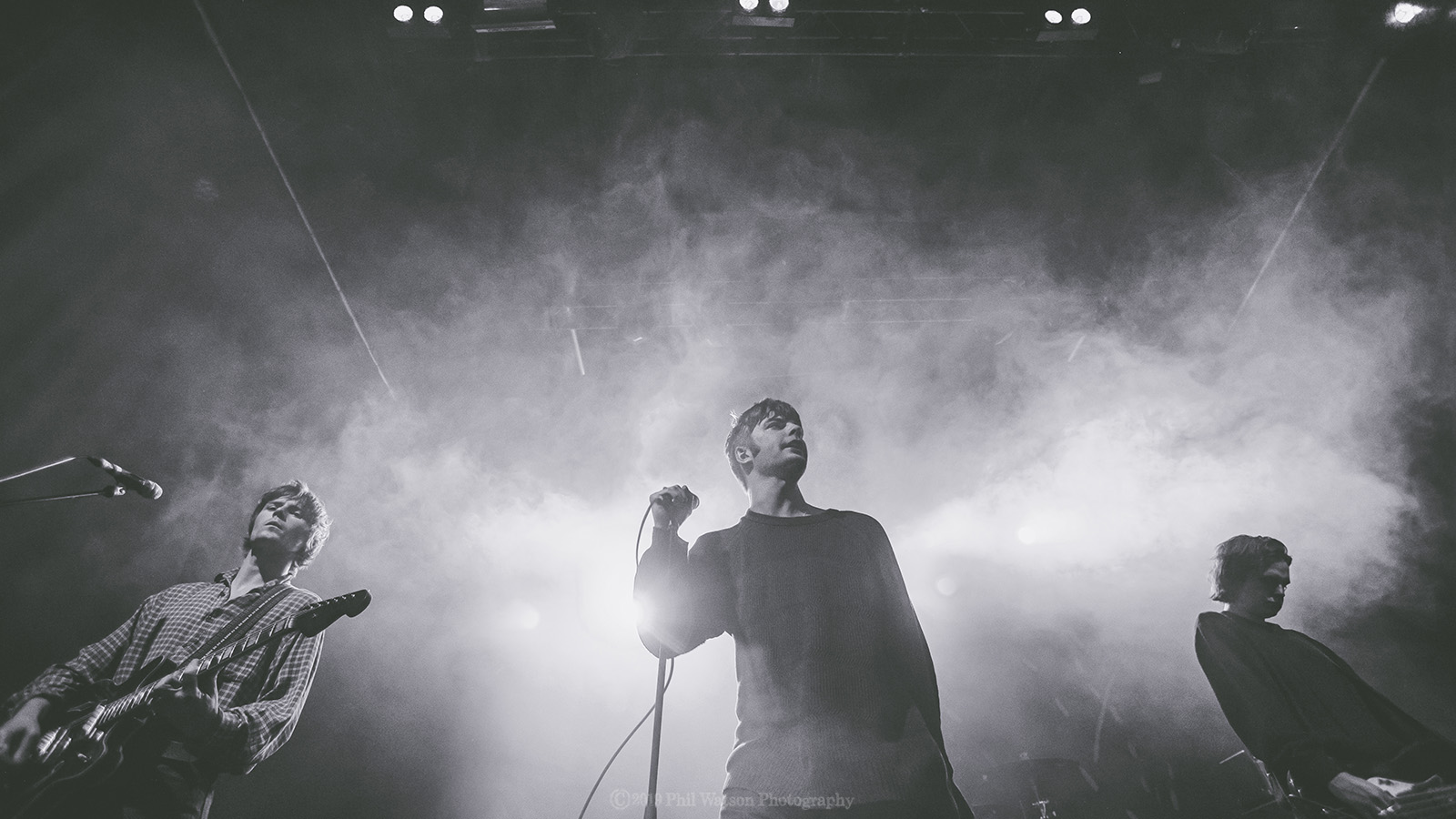 Fontaines D.C. have deservedly gone from selling out the Thekla to selling out SWX not only because they’ve released an excellent debut, but because they’re playing the fuck out of the songs on stage and debuting exciting new material on this tour. They’re a confident young band building a new sound: fresh, powerful and thrilling. 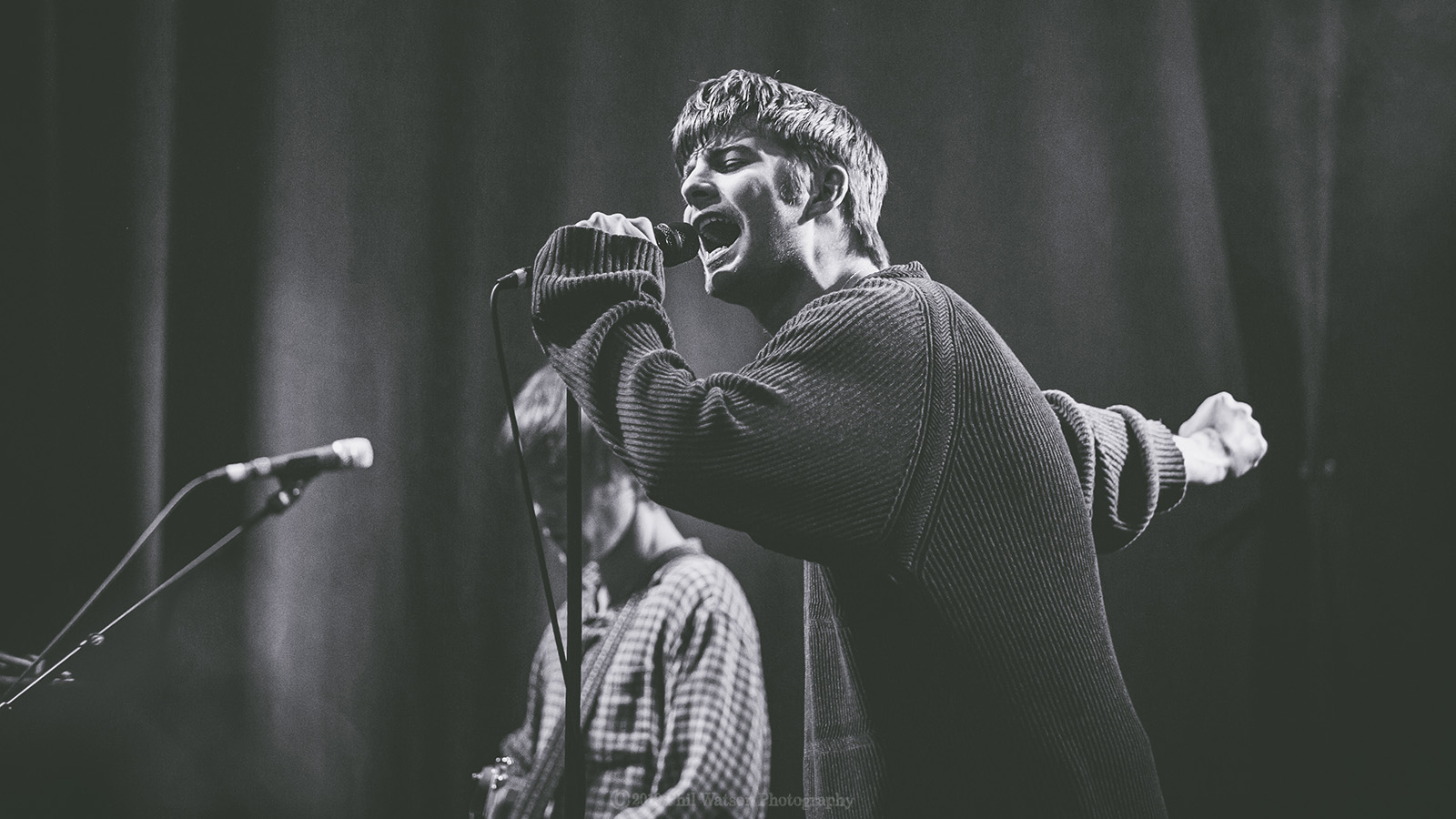 They’re also confident enough to use a Dean Martin cut as their walk-on music. Me neither. 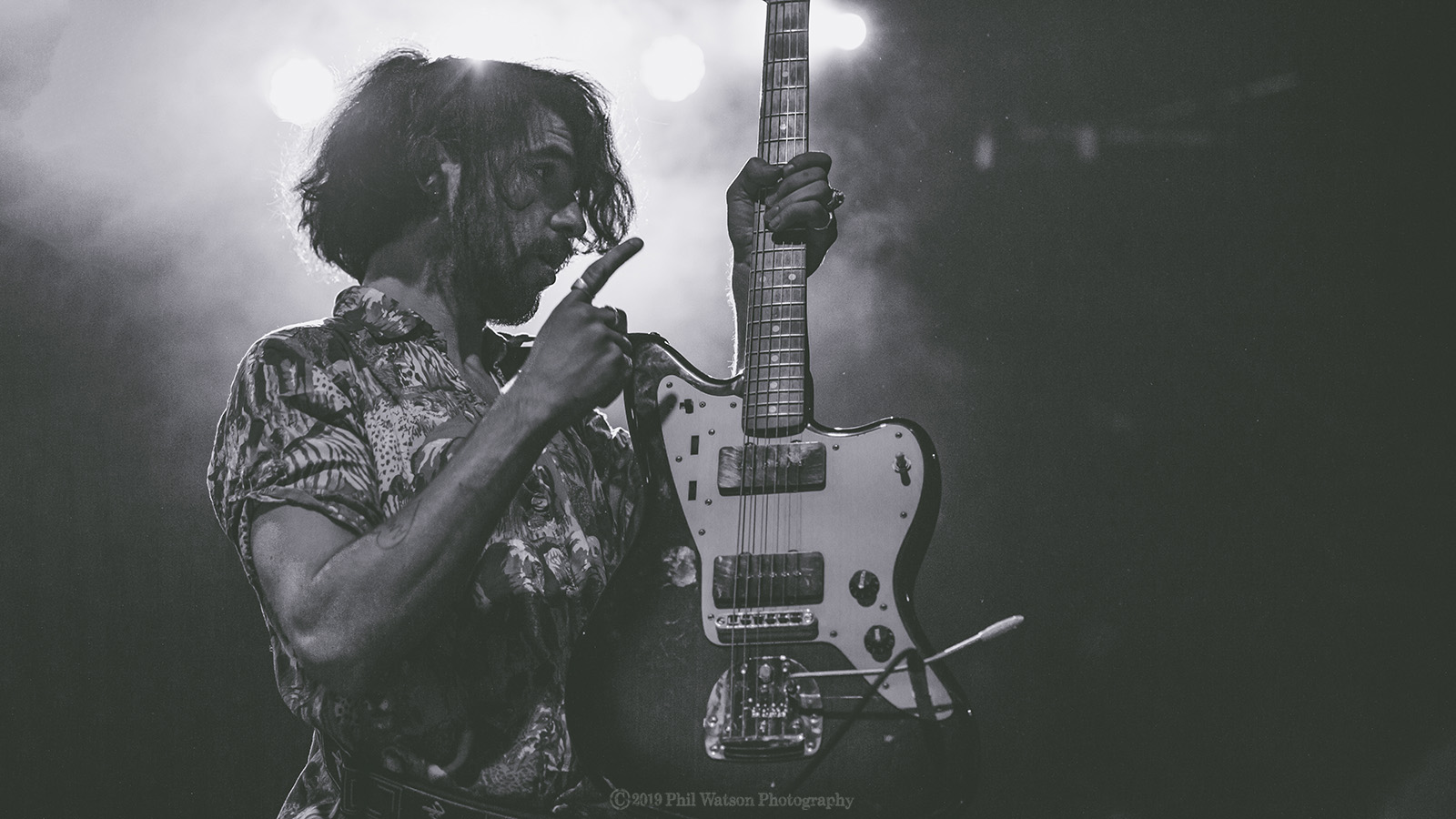 It was a splendidly diverse crowd packing out the room: young and old without anyone looking or feeling out of place. A real gathering of the tribes: hairy arsed, grey bearded jitters mingling with hipsters; squares and indie kids side-by-side with punks and rockers, along with a pleasing melange of gender fluidity. But what did these noisy, boisterous buggers get over the course of (nearly) an hour and a half? 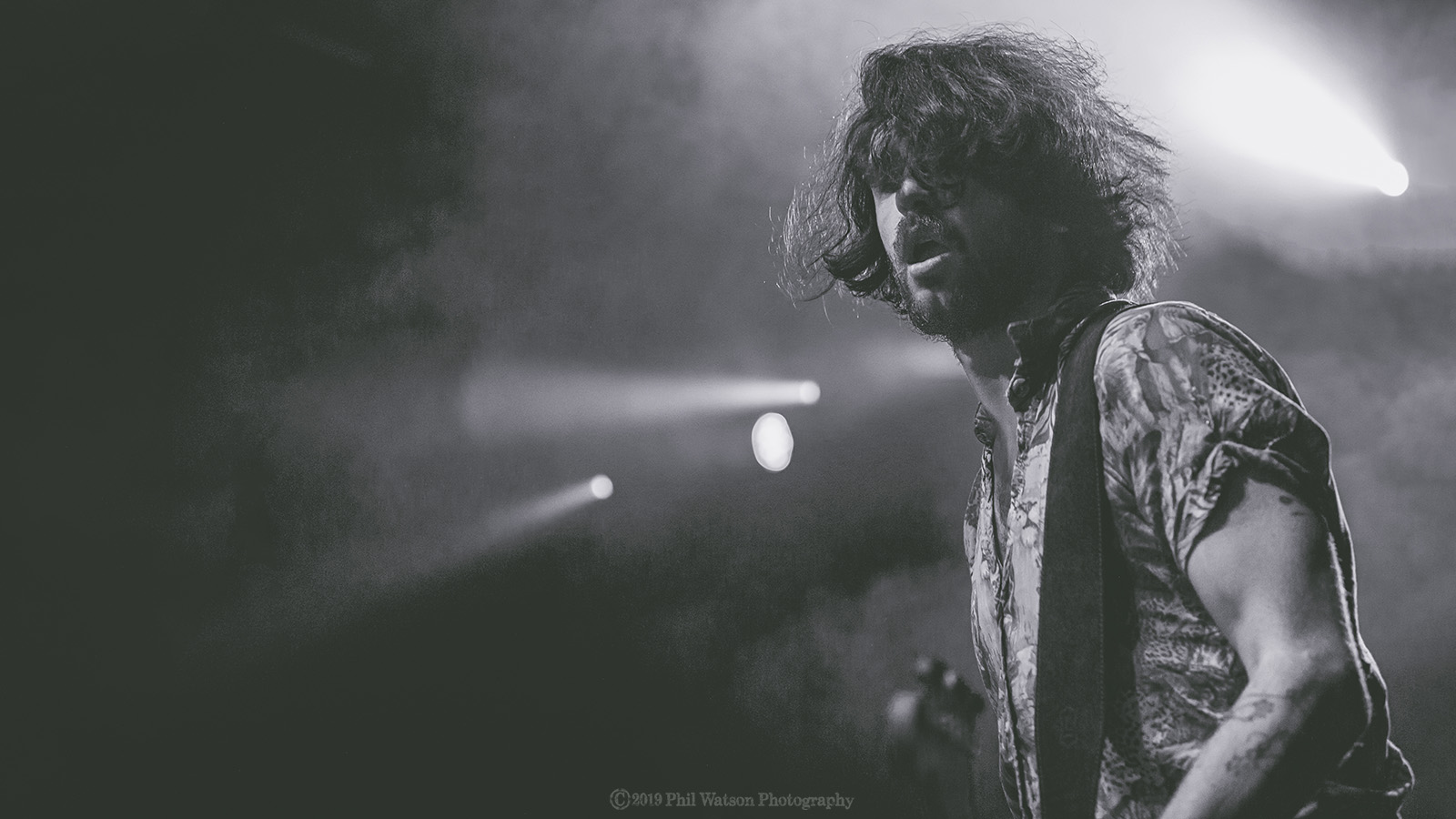 They got a stormer of a set, beautifully paced, and played with thunder. The band were tight, bloody tight, the up-tempo tunes revved up in to the red and the slower numbers executed with passion and atmosphere. The band were able to batter the crowd (intermittently blinded by the eyeball scorching strobes) yet bring nuance, and even delicacy, without sacrificing their authority. 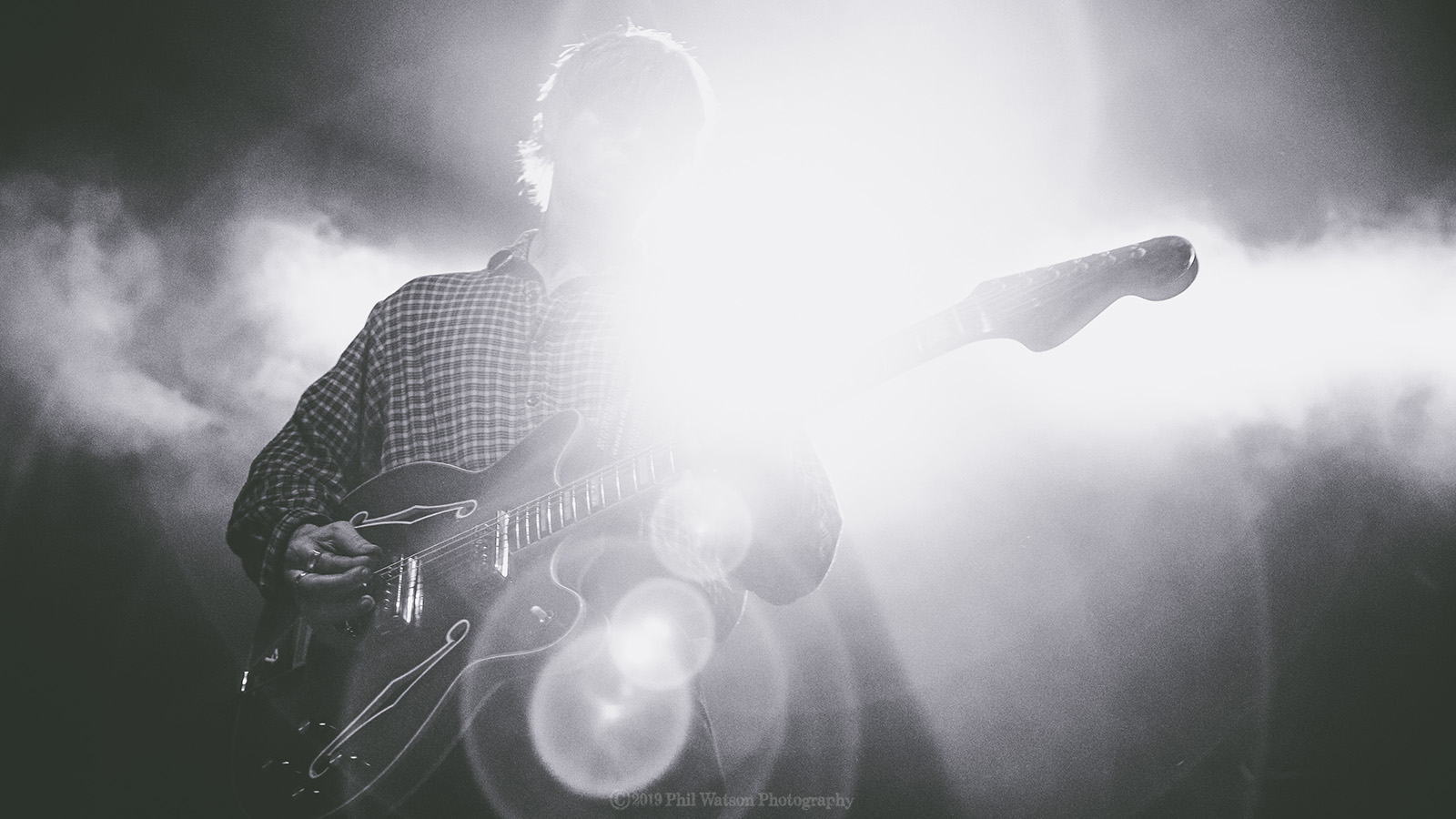 They also got monstrous riffs, blistering solos and plenty of inventive guitar. The post-punk comparisons being made all over the media are only part of the story, as there was plenty of heft when needed but also abrasive, scratchy, spindly melodies (not pejoratives). There was cosmic surfing and all sorts of, frankly, unexplained and indescribable six string bending together with several guitar maelstroms (lit ferociously) for some truly mind-blowing head-fuckery. 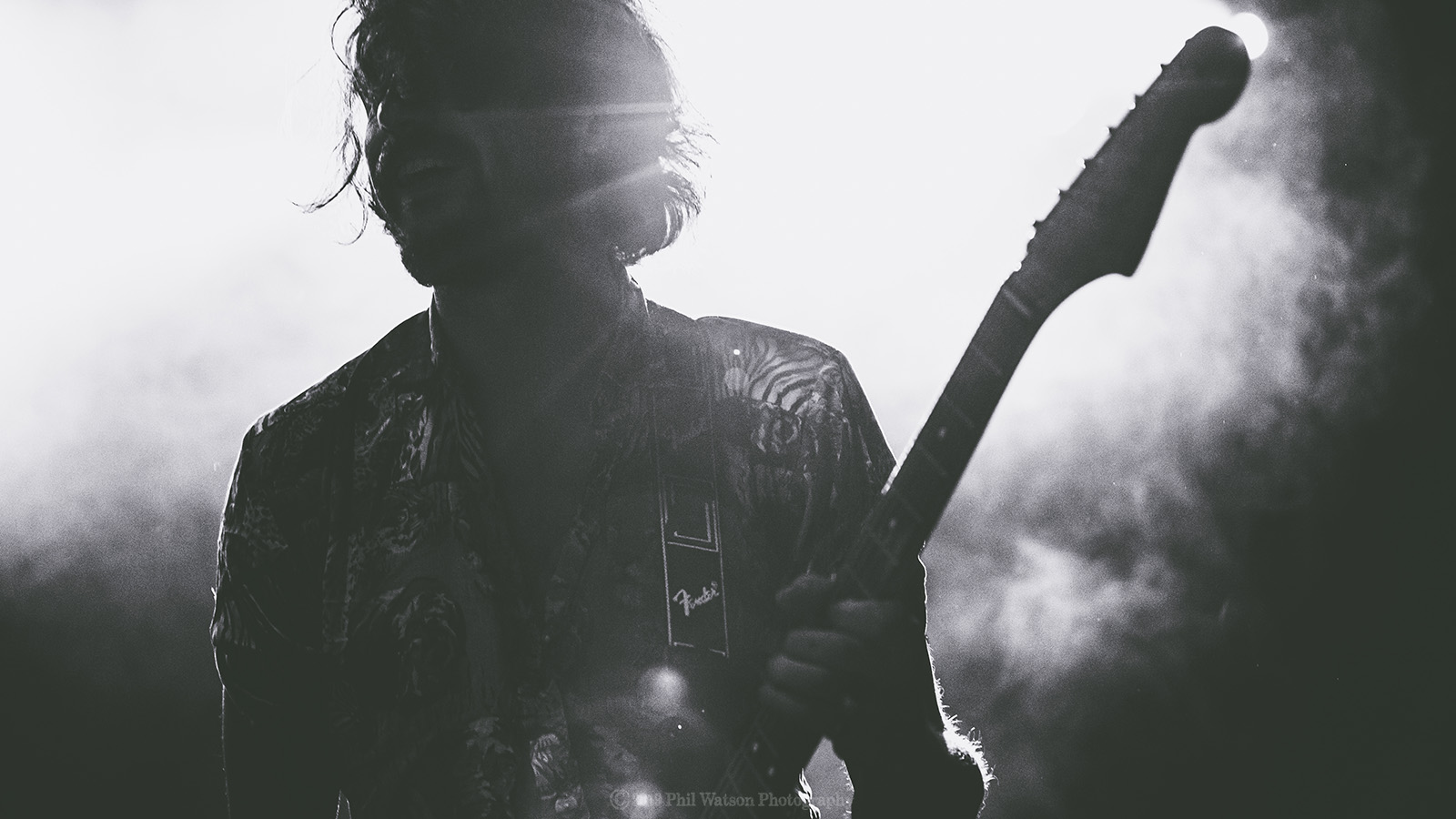 The set was driven by rhythm section, bass and drums with enough drive & energy to power a juggernaut. But it wasn’t just propulsion, filter out the guitars and there were plenty of sinuous grooves and danceable beats underpinning the set. Plenty of variety too, straight forward rhythms, tribal beats, unexpected tempo changes and loads of thunderous fills providing an engaging and constantly inventive foundation for the songs. 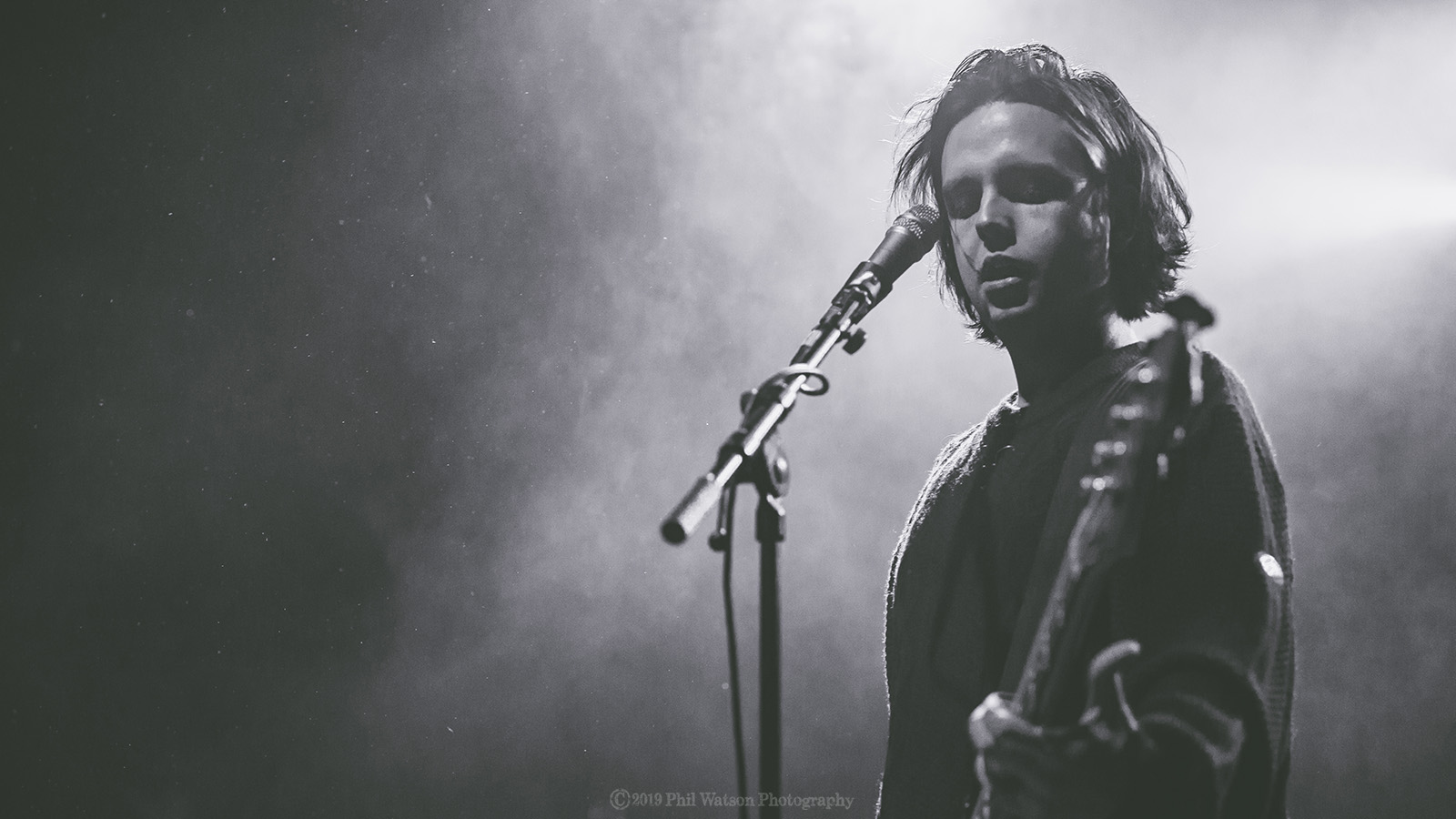 Grian Chatten was a tight fist of barely supressed energy, pacing centre stage relentlessly, right arm flailing as he sang-spoke the lyrics, commanding the words. His on-stage demeanour is totally the opposite of typical front men and especially many of his (so called) punk revival contemporaries. Taking a less is more approach in terms of audience engagement (closer to nothing is more actually) there was no engagement with the crowd until at least three quarters of the set had powered by. But that mattered not one single bit – the music and the words spoke for themselves, and why bother when the band had the crowd in their hand simply by playing a blinder? 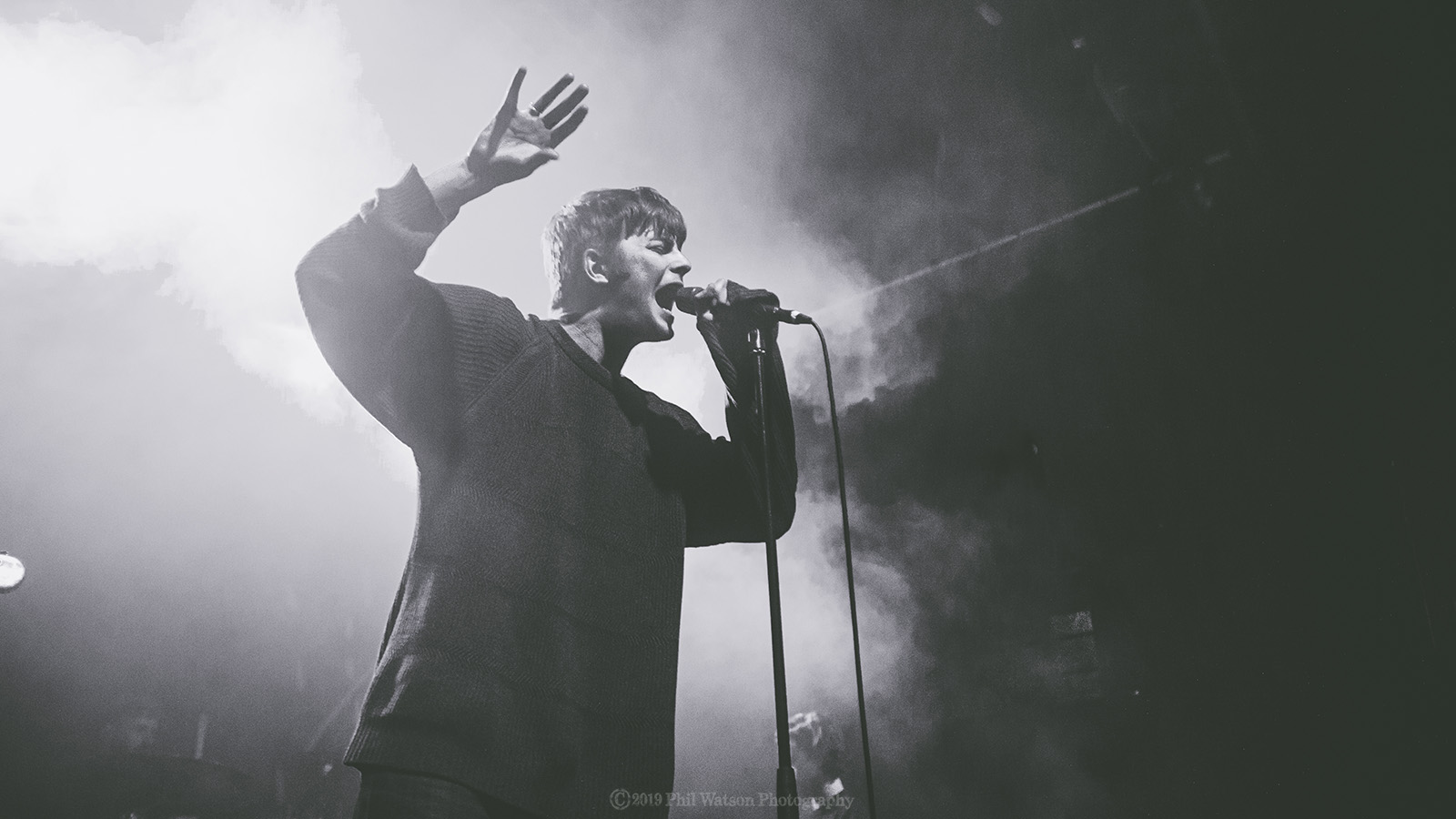 The audience reaction was rapturous throughout, and constantly celebratory, the whole place moving and grooving, with everyone singing along and not just the choruses, verses were word perfect too. People were permanently grinning and smiling– singing back at the band but also singing at each other, even little groups of people here and there with their backs to the stage making their own show. And no wonder, because despite the attack of much of the music, there’s a pop nous about the song structures and choruses that made them irresistible. 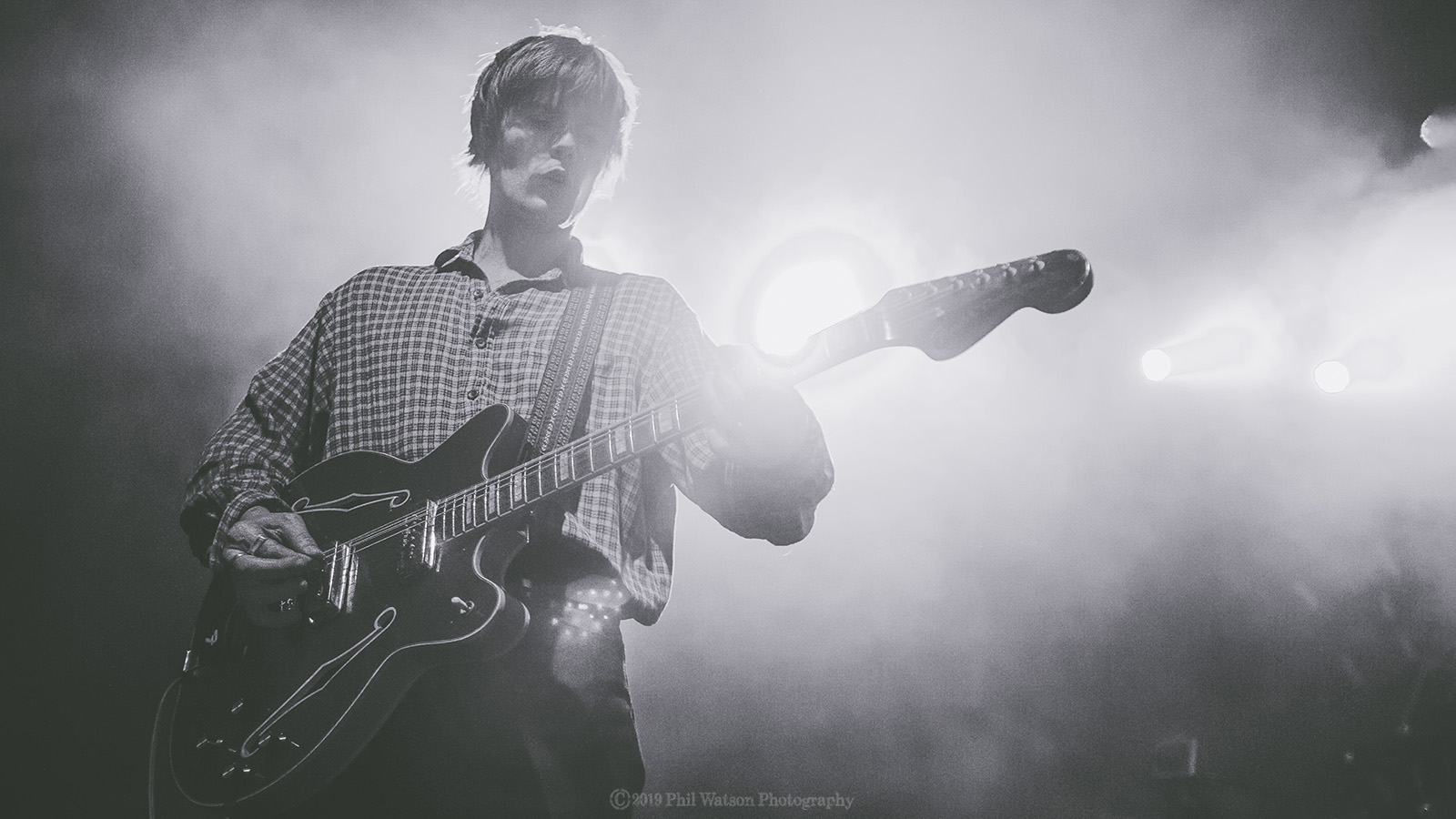 As we race headlong into a general election that won’t resolve any of the major issues facing this country (regardless of the result) bands like Fontaines D.C. are needed more than ever. Listening to their tunes makes you feel like there’s the possibility of real change, hearing their tunes live makes you want to take to the streets and force that change to happen. 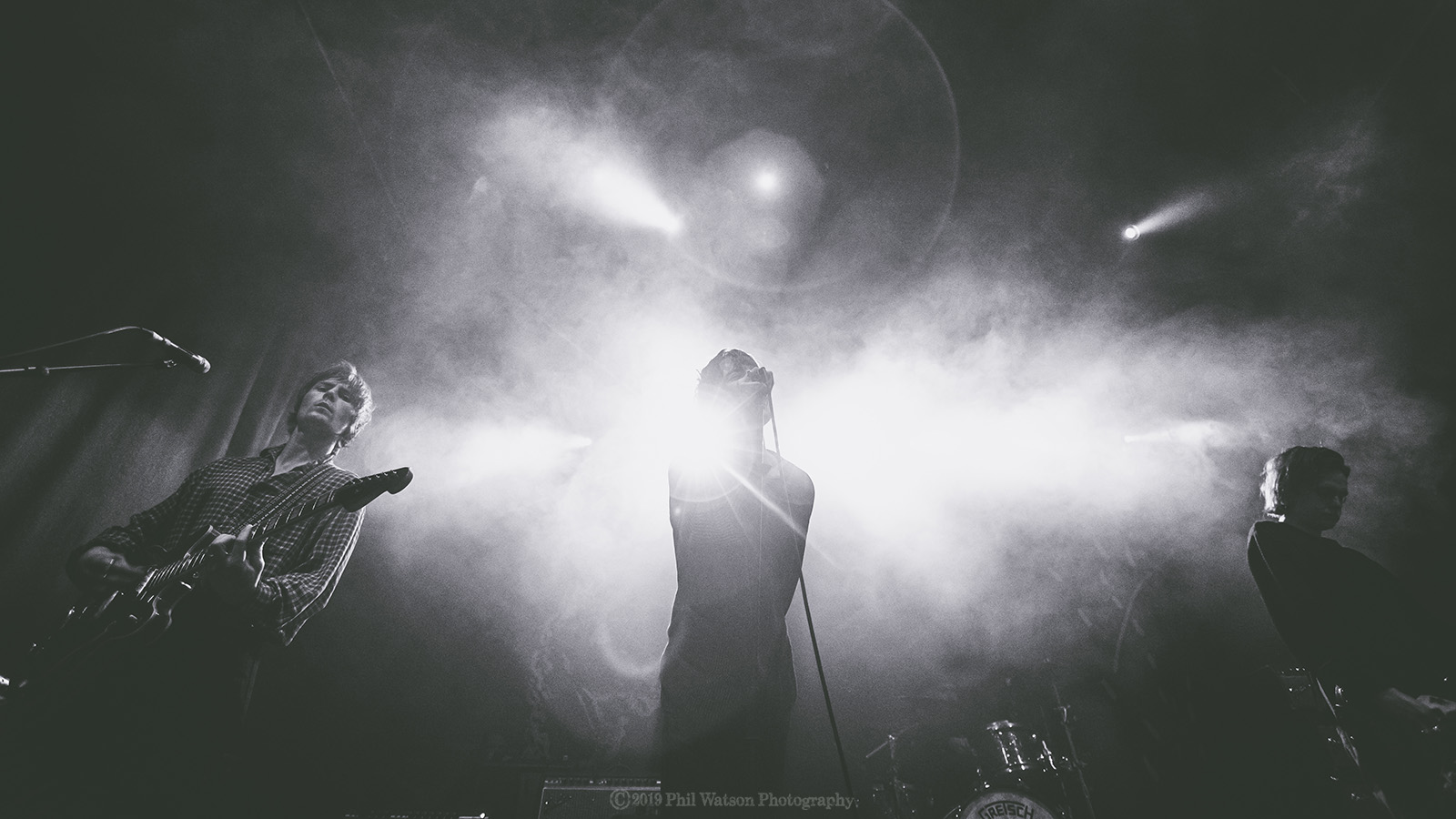