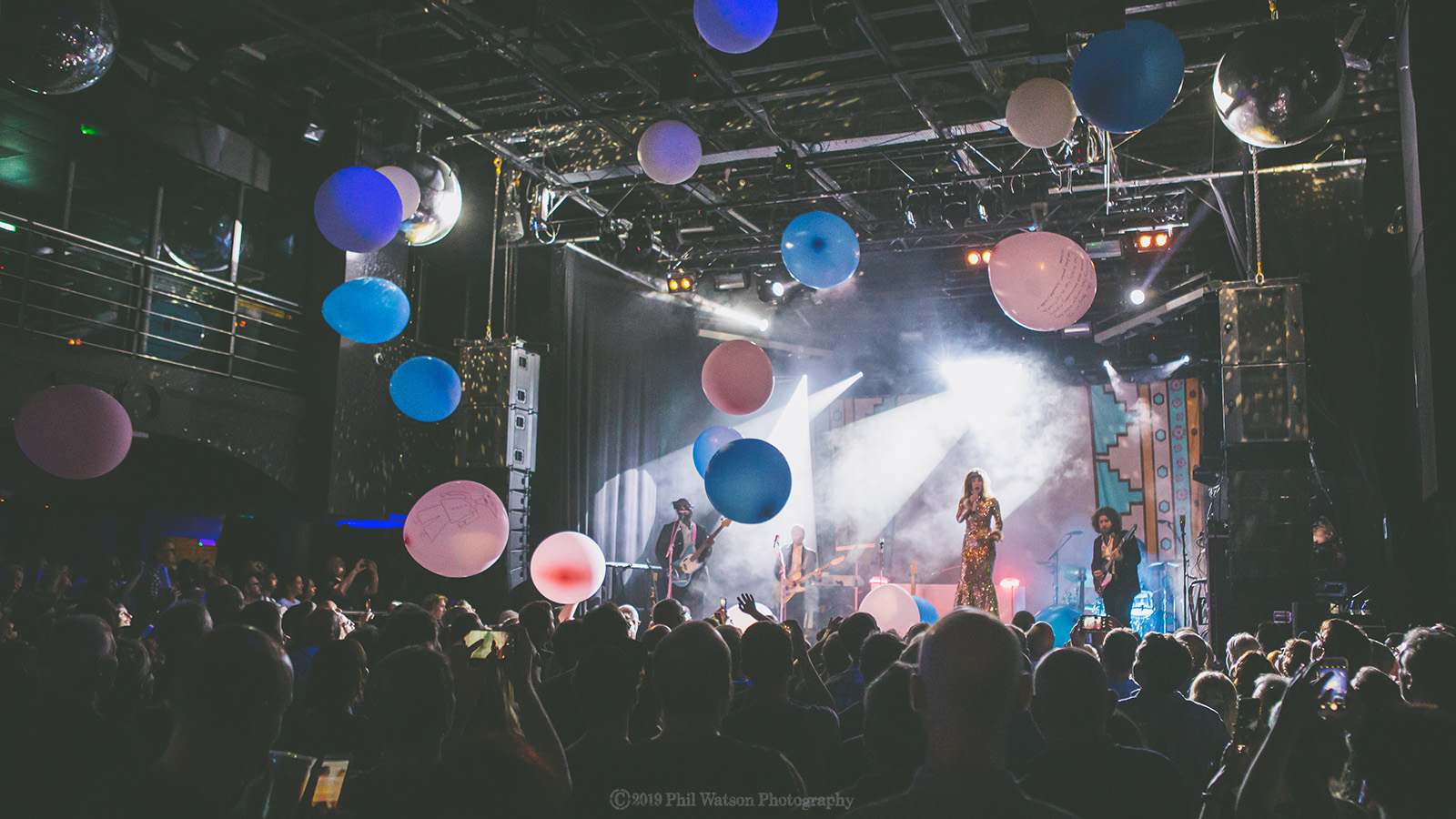 Halfway through her 19-song set Jenny Lewis freely admitted she was wearing “weather inappropriate clothing” and yes, a floor length sequined gown was not that sensible. But then again it was entirely splendid to see her fully committing to the show regardless of the heat. In fact, she (and her first rate, super tight band) fully committed to the show in every respect. An excellent selection of tunes (well sequenced), played with joy, swing, passion and subtle power. All despite a room that was as hot as Satan’s sauna. Needless to say, it was rapturously received by the admittedly partisan crowd. 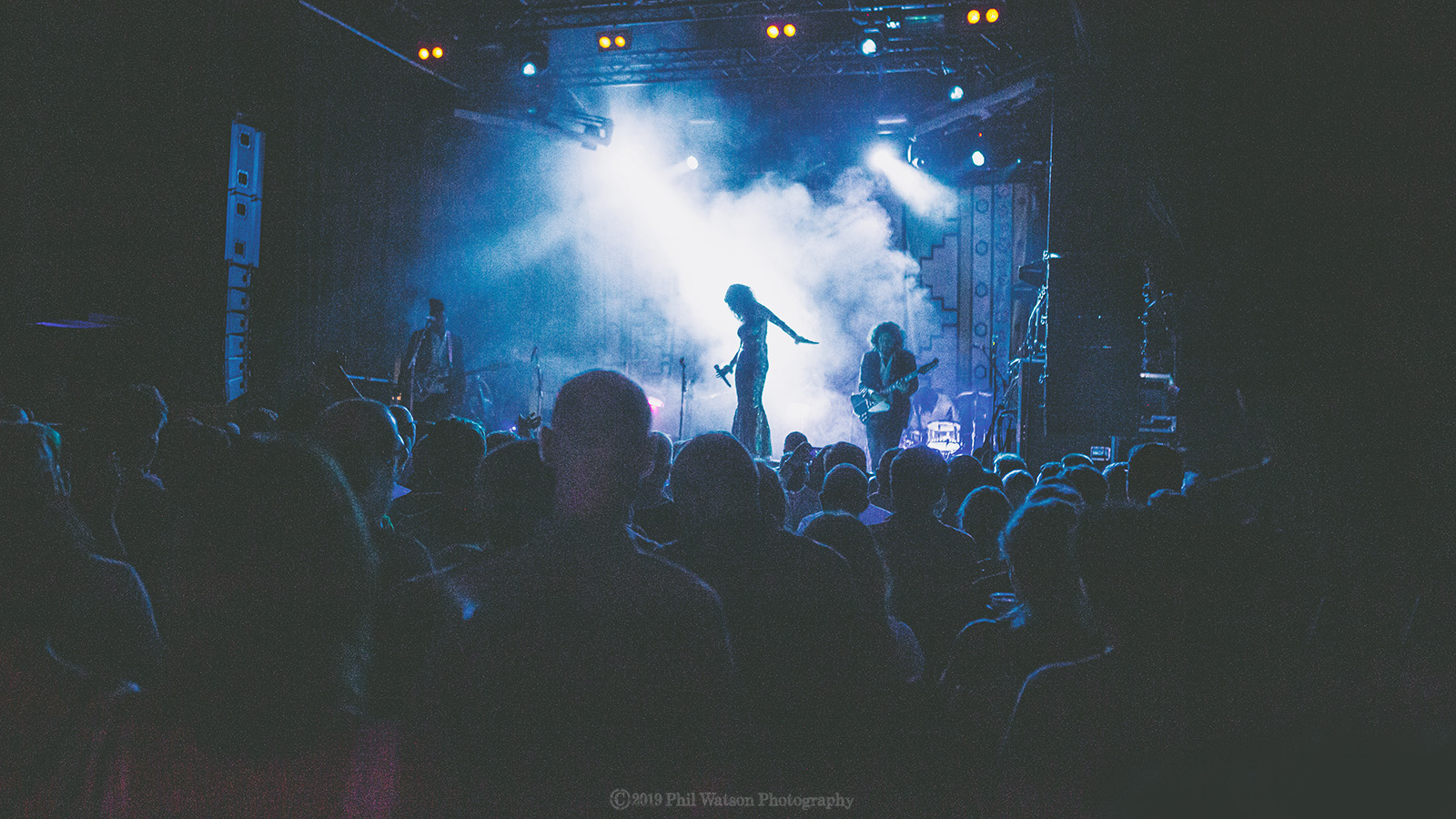 Tommy Tutone’s 867-5309 / Jenny (a surprisingly controversial little one hit wonder) preceded the band’s arrival. But rather than building on its groove, Lewis opened with Heads Gonna Roll, a mid-tempo little number rendered with studio clarity, but consummate live feel. Her vocal was not to be faulted and (spoiler alert) stayed that way throughout the set. Sympathetic backing from the band framed her keys solo as the crowd echoed the chorus. Wasted Youth was just the first time the band’s harmony vocals blended with Lewis for gorgeous gospel tingles. The cheeky, jaunty rendition got the crowd grooving, well, as much as anyone could groove in an atmosphere reminiscent of Beelzebub’s bathtub. 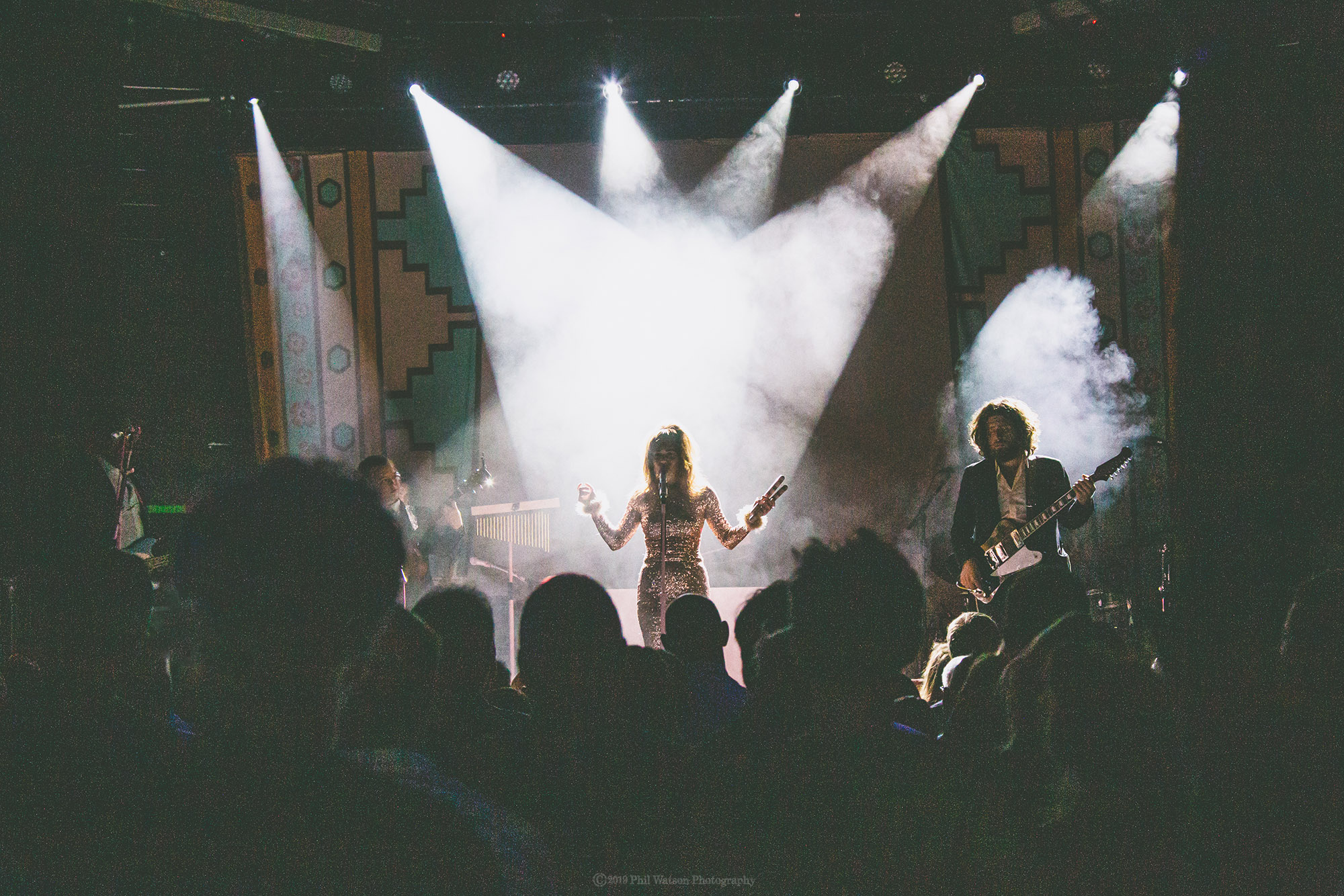 Thereafter Lewis took centre stage, a shimmying, grooving presence, a less is more approach to fronting the set that worked sublimely. Sure, the outfit caught the eye and a less confident performer would have over-exaggerated gestures, mannerisms & persona to live up to the diva dress. Lewis, however, was understated: busting subtle moves, executing minimal poses – either counterpointing a lyric or directing the band. 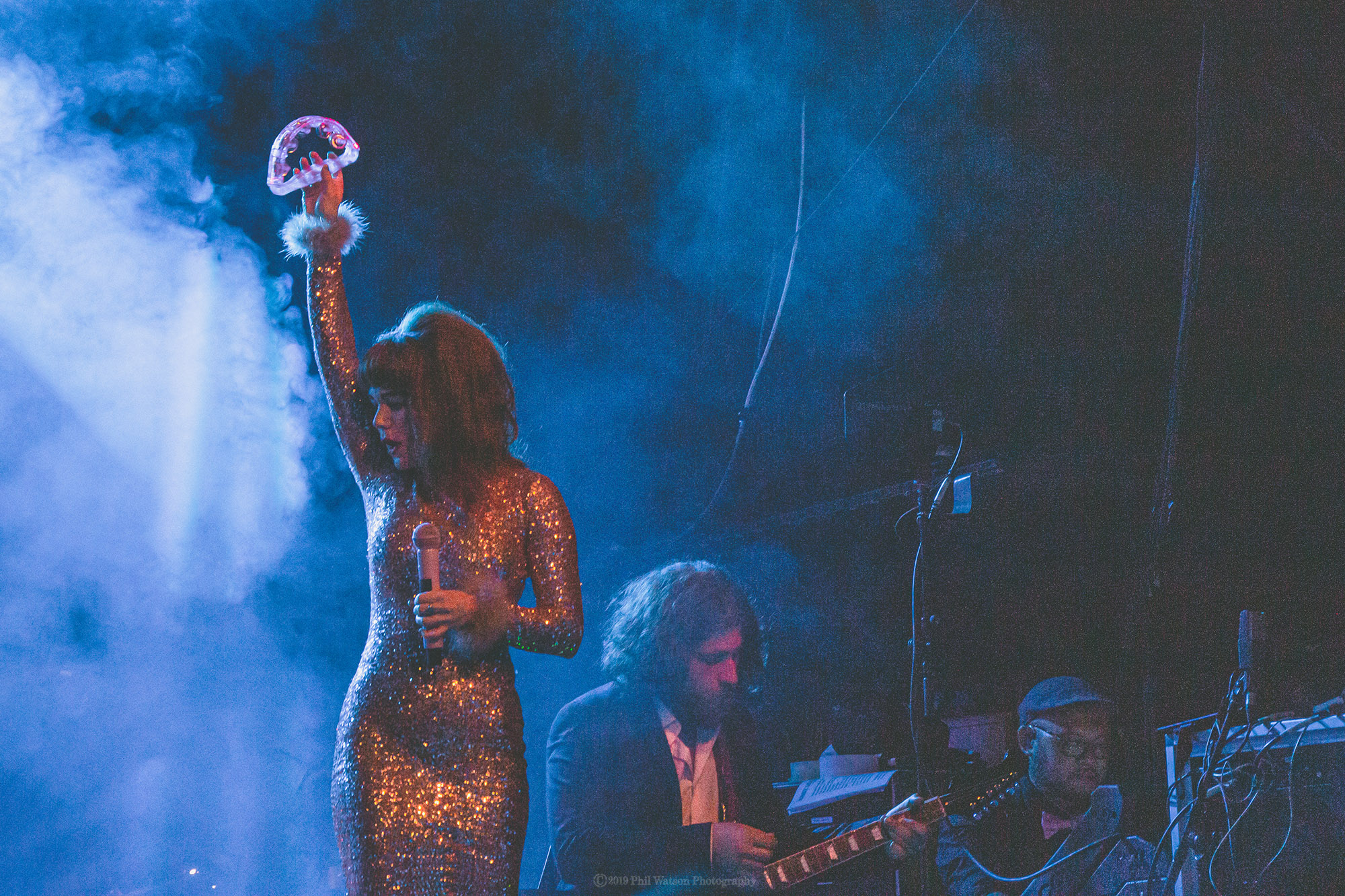 Not that the band needed much direction, each tune got exactly the accompaniment it needed. Red Bull & Hennessy was delivered at pace and the guitar solo stung. Set closer See Fernando, a greasy, slinky trip south of the border. She’s Not Me a sumptuous, mid-tempo disco jam offset by Philly soul backing vocals, the band effortlessly complimenting Lewis’s yearning yet sensual vocals. Vocals packed with regret. 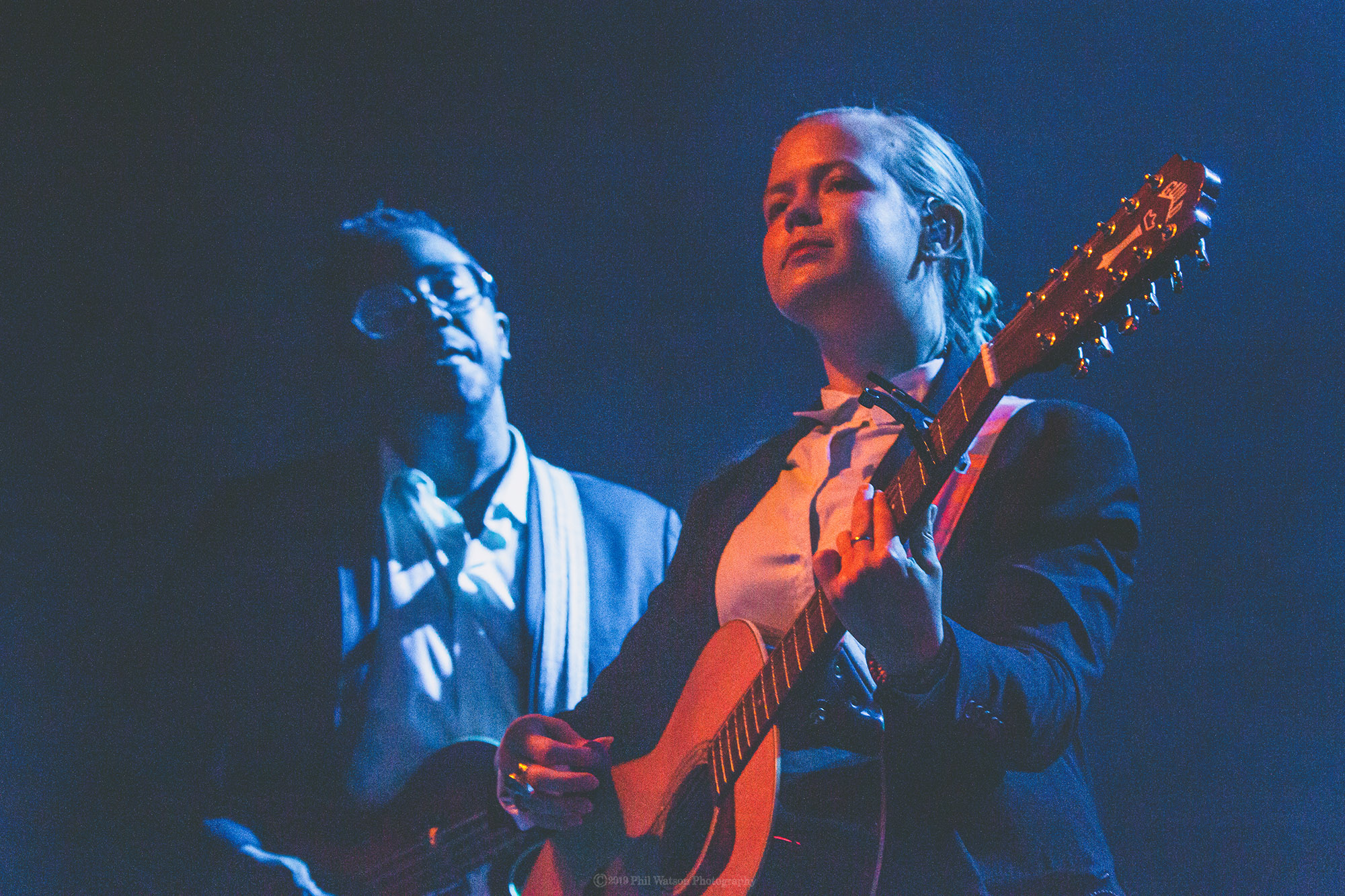 Arguably the band were at their best on The Voyager, more Kingston than LA, the band shanking and grinning fit to burst on this “live remix”. Although that would be unfair to Keep Dreaming, another slinky number, some glorious place where Stax at its smoothest soundtracks a soft rock, girl group, Brill Building jam. 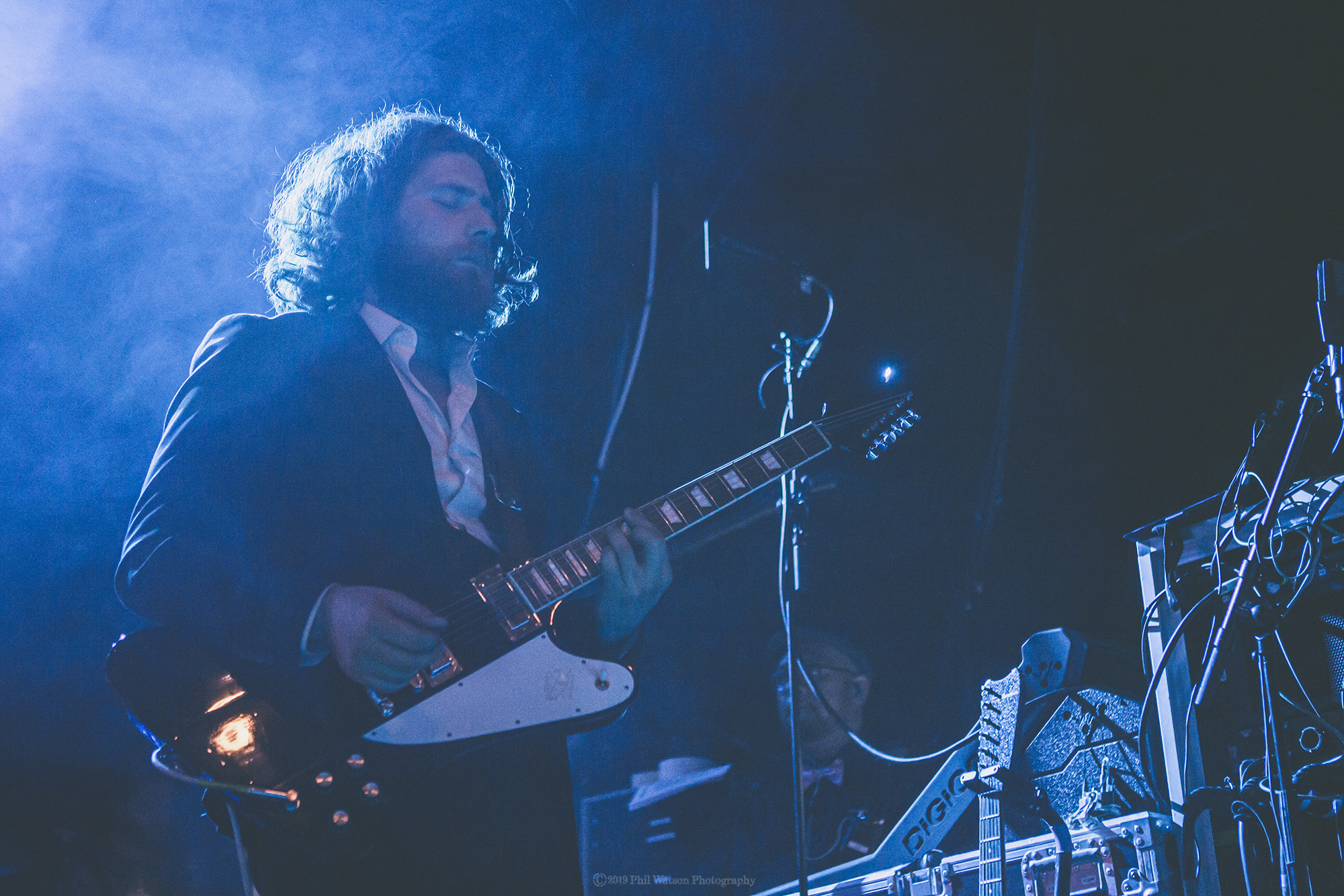 Born Secular (an electro gospel dance take) was another opportunity for uplifting harmonies, and naturally, the release of a couple of dozen massive balloons, evoking a bit of a party atmosphere. And featured more cowbell than Don’t Fear the Reaper and Mississippi Queen combined. Religion did come up in one of Lewis’s raps, mentioning that although raised Jewish she loves, loves, loves Christmas. And thus, when exploring our fair city, discovered Christmas Steps and “…felt like I was finally home”. Cue massive cheers. 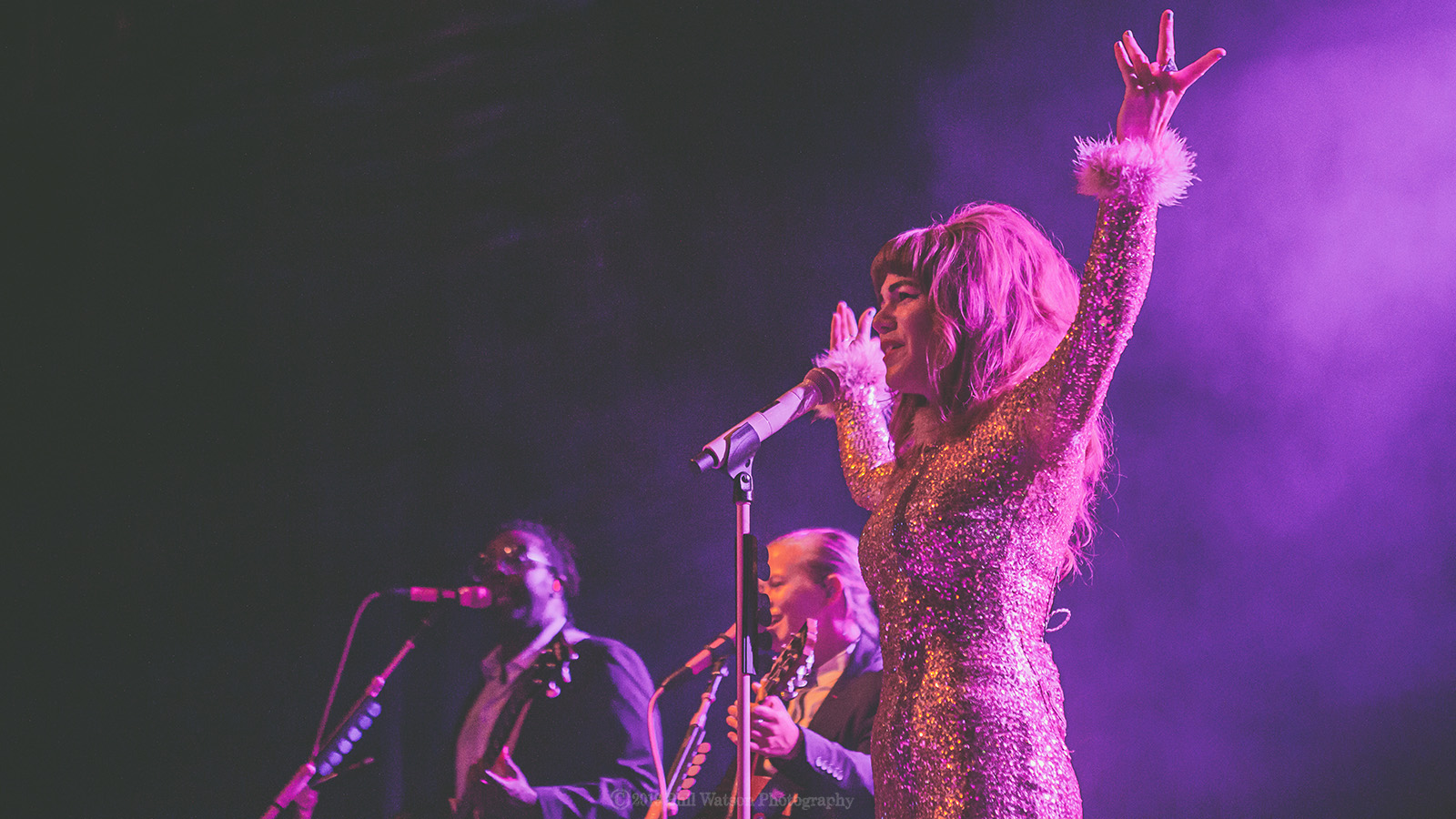 Dogwood opened the encore, its naked, confessional lyric nestled perfectly in the keys with minimal, simpatico backing leading into powerful mini crescendos. Party Clown picked up the pace somewhat, before Lewis requested all the house and stage lights to be dimmed. The reimagined With Arms Outstretched was then entirely lit by mobile phones (possibly the only time your reviewer ever has – or ever will – be pleased to see a wave of phones aloft at a gig). It did look rather ethereal, reflecting eerily from Lewis’s sequins. The new version was killer too, voice and guitar joined at the hips. 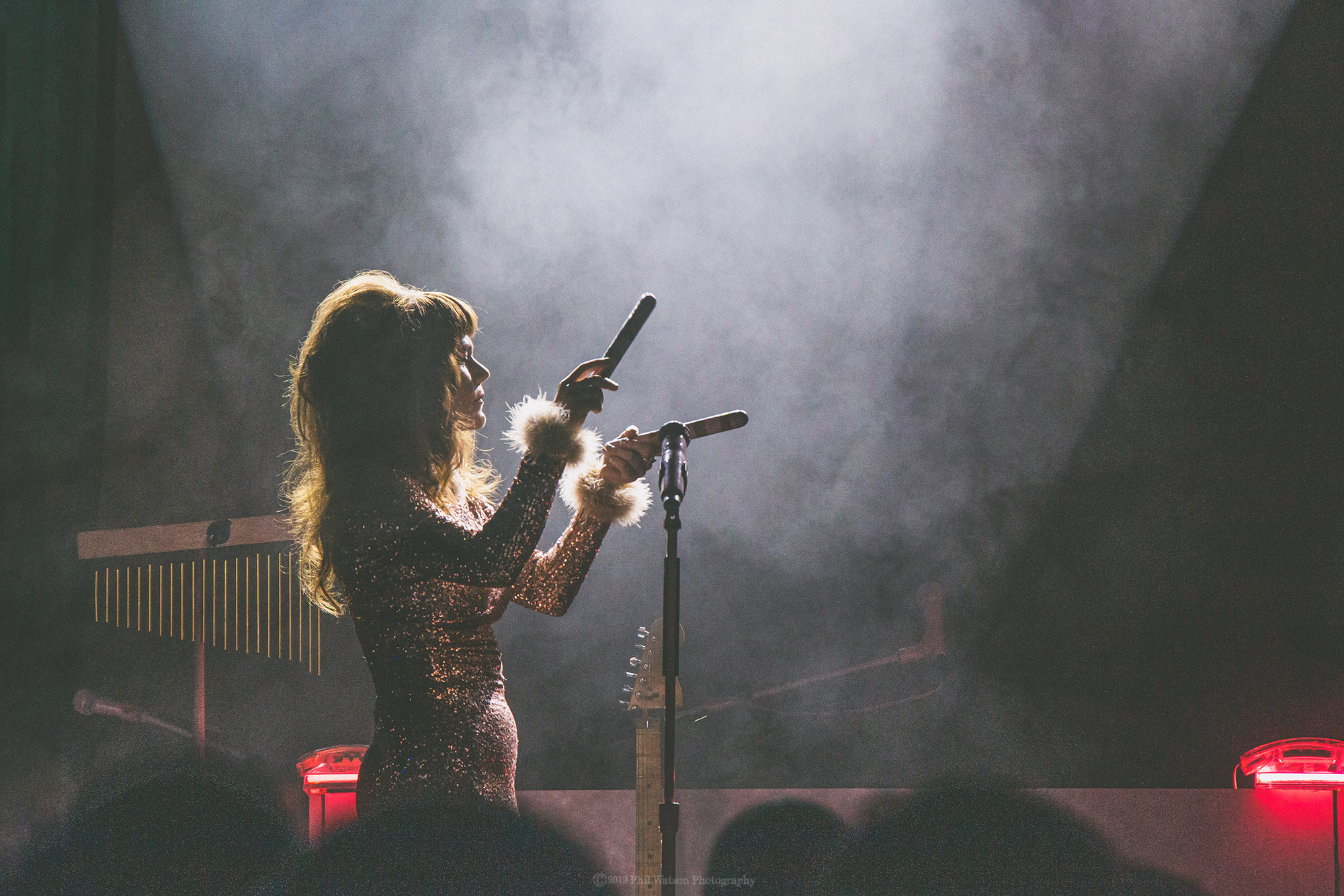 Jenny Lewis now has four solo albums to her name, honing her music and lyrics on each release and On the Line really is rather special in terms of lyrical honesty: occasionally playful, often heartfelt, and heart-breaking at times too. The tunes are polished just enough to find a classy yet loose sweet spot, taking genre tropes (soft rock, pure pop & Americana) to forge something soulful with indie nous. Tonight’s show more than proved she can deliver live, a generous performance, lengthy yet well-paced and the set perfectly balanced. There was something retro, something zeitgeist defying about tonight. A show that featured delightful tunes, excellent (but engaging, fun) musicianship and timeless vocals. And importantly, no artifice or pointless, distracting special effects. (Balloons don’t count). 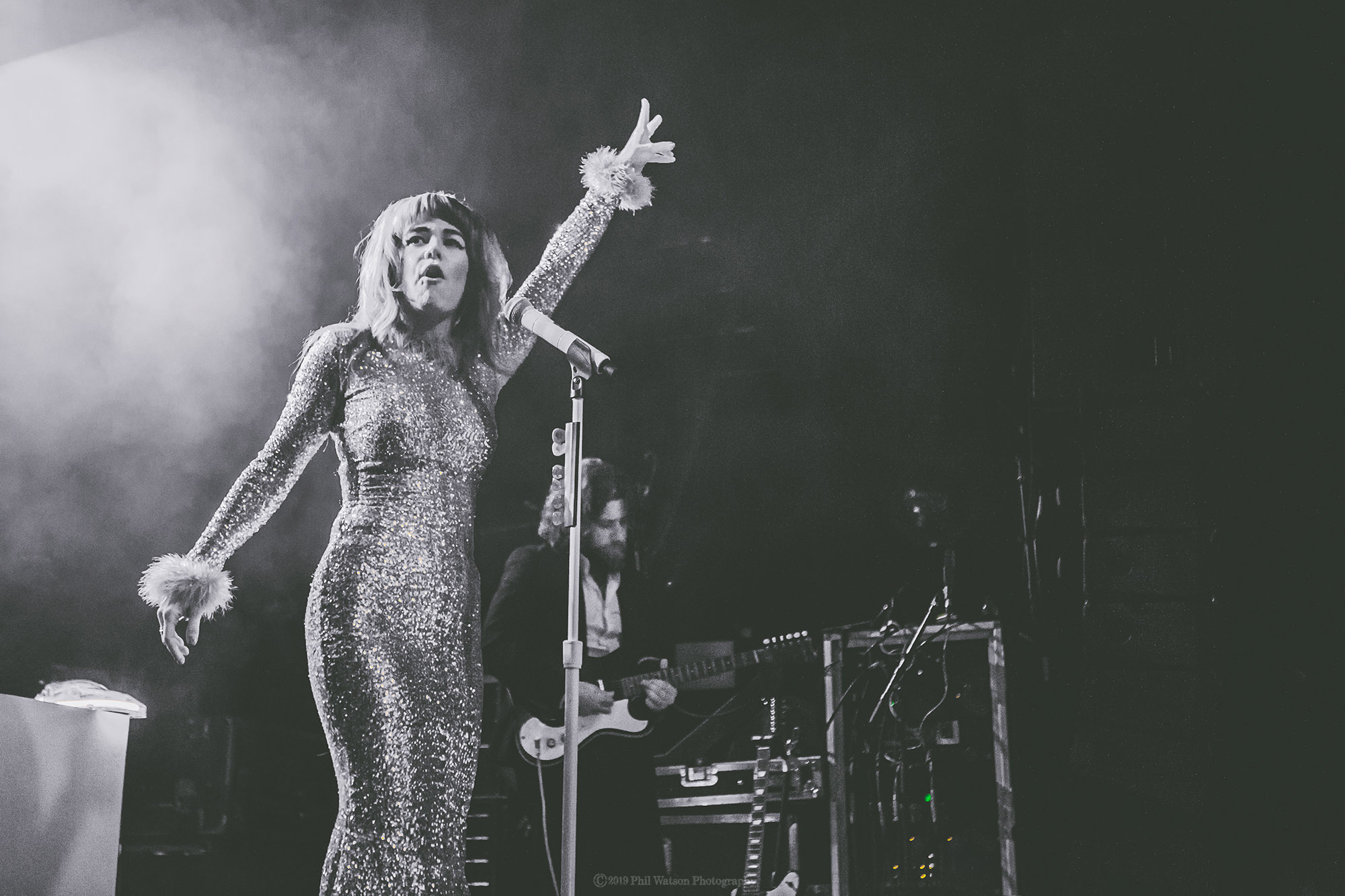