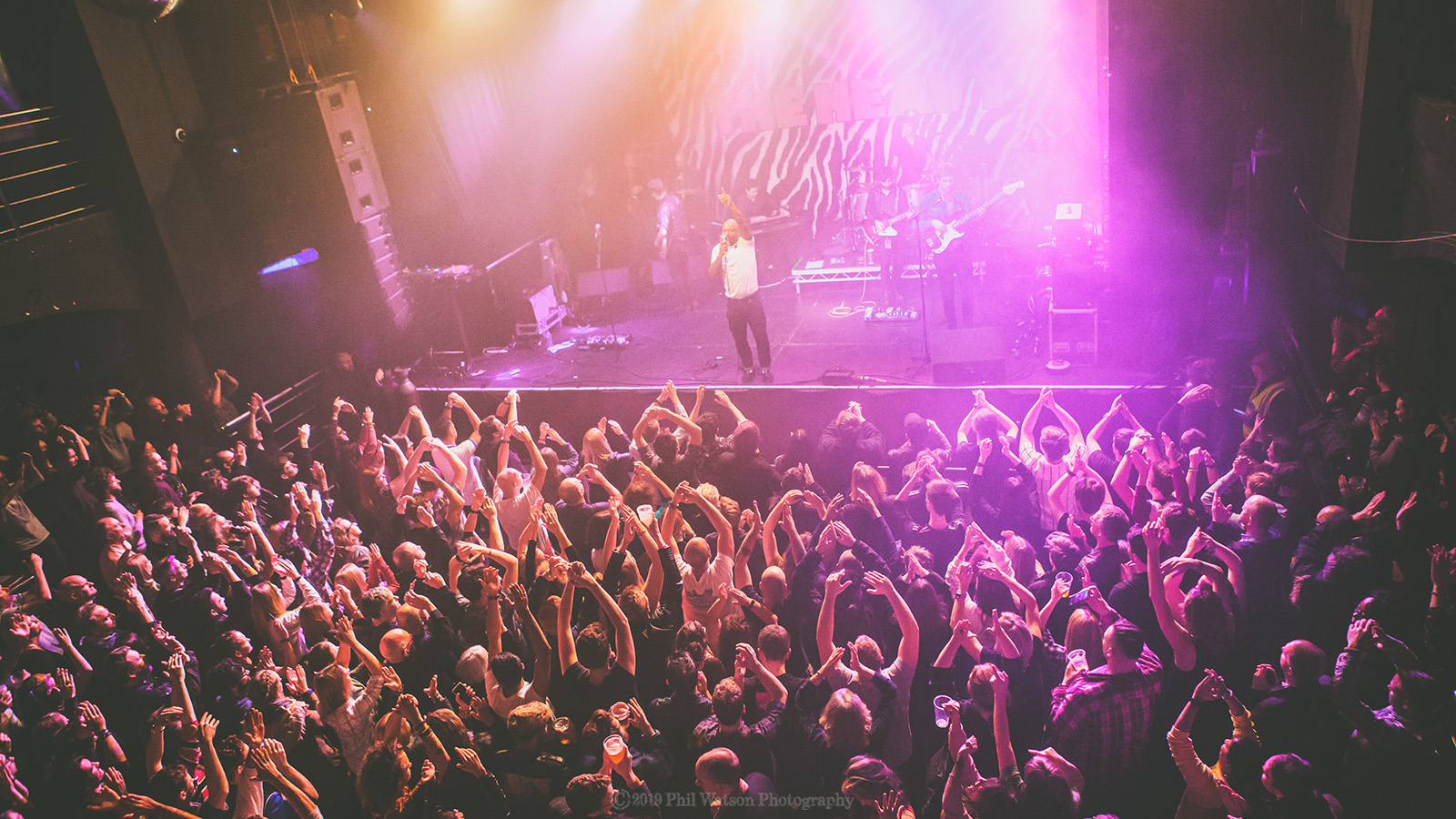 Jessy Wilson played half a dozen tunes from her debut LP Phase to a room that was gradually filling up, accompanied by Ken Nolan on guitar and DJ Magic on, er, a Mac and lots of techie things on a stand. Would this be enough to win over a crowd finding their spot, finding their mates and getting in the drinks? 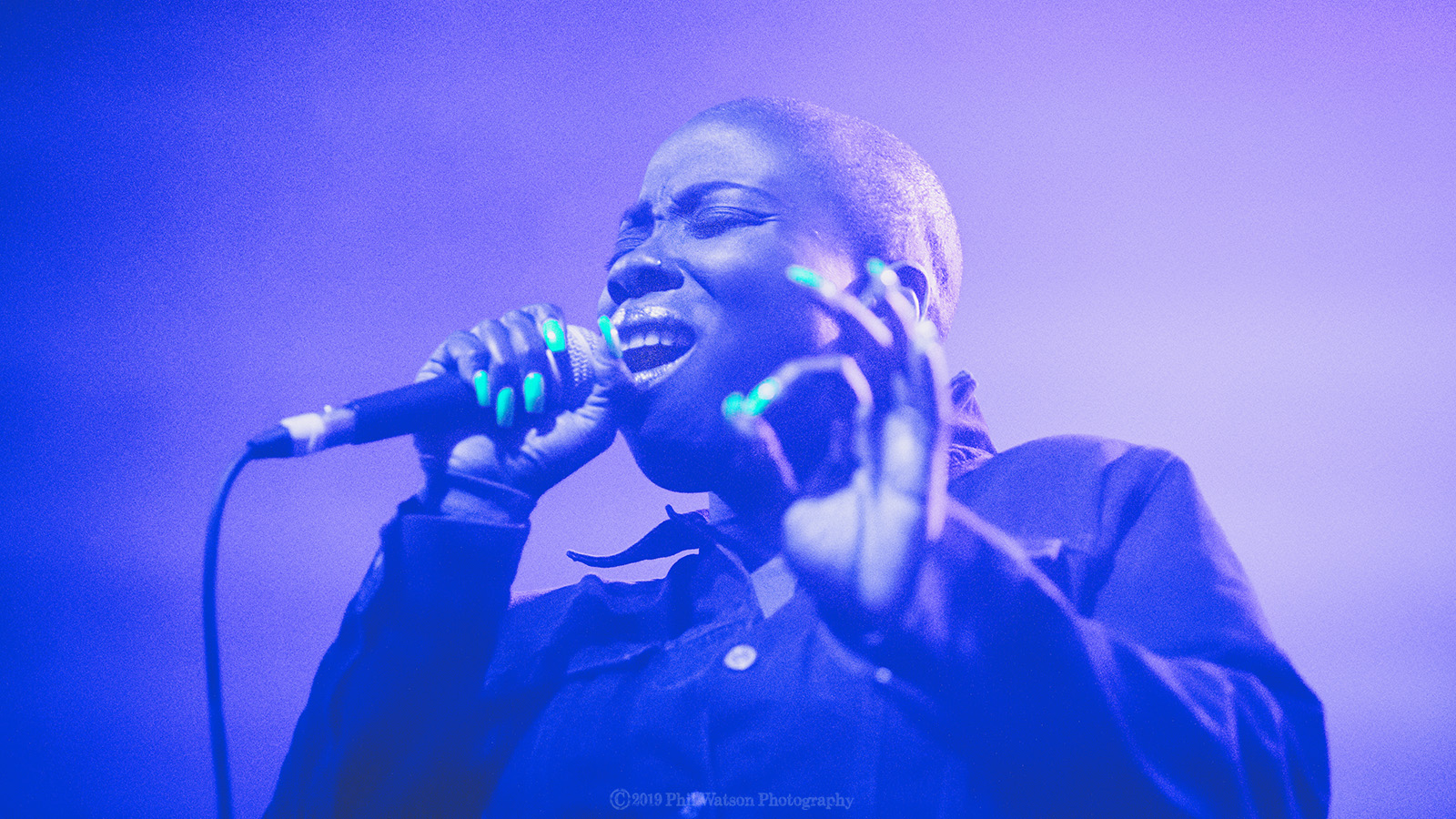 Well, in all honesty, she had the attention of everyone in the room from the first song and the rapidly filling room eating out of the palm of her hand by the last. 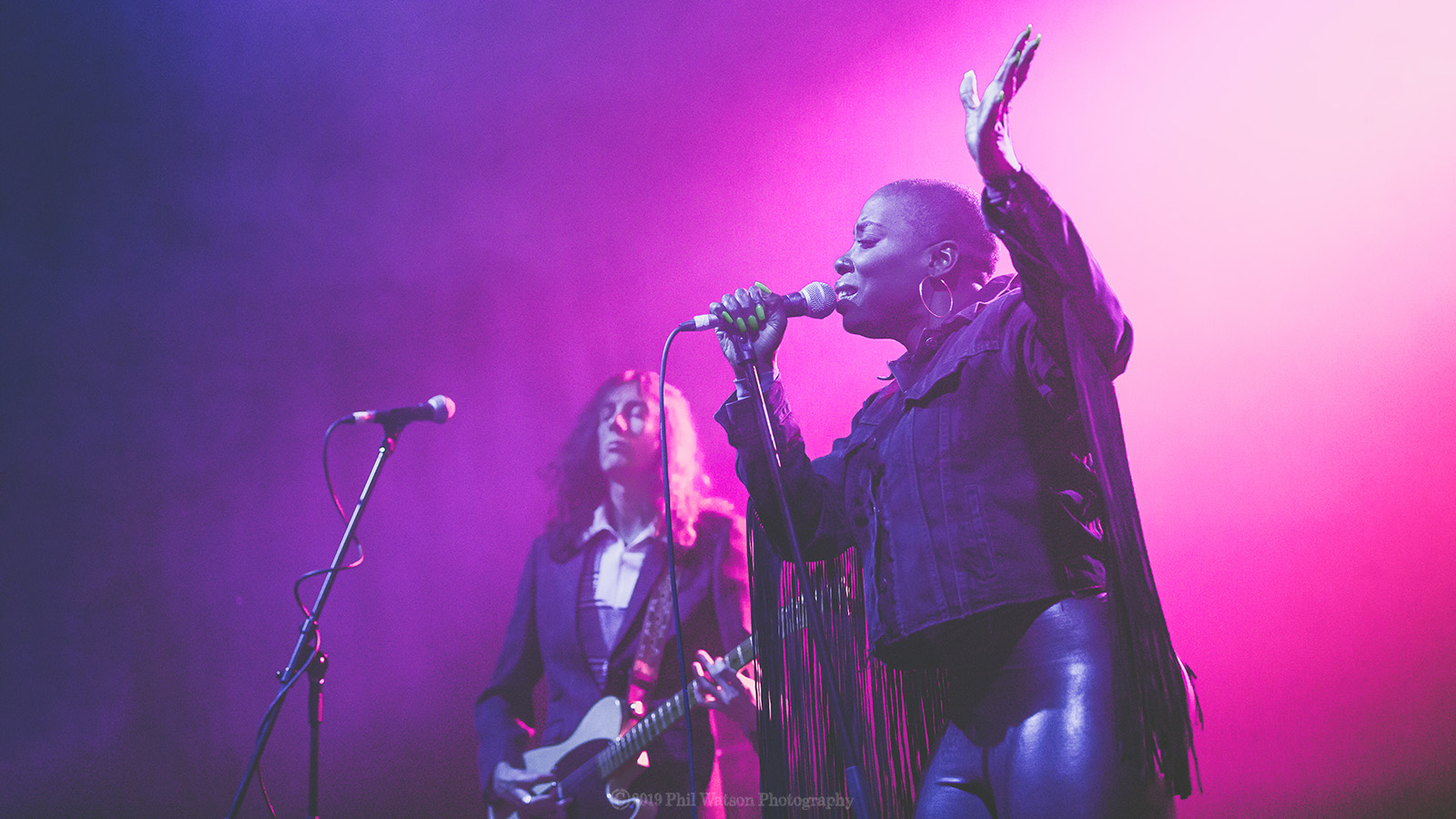 Wilson’s debut LP was produced by Patrick Carney (out of The Black Keys), and whilst there are echoes of his band’s sound on the LP (he also contributed to the writing and played a load of instruments) he didn’t overpower the material. The LP has a sound of its own, remarkably lush in places, with a sophisticated soul / disco hybrid vibe throughout. With two musicians on stage the material morphed: more granular, more organic but retaining its core. Nolan’s playing was excellent throughout, whilst Magic provided the foundation with beats and augmented backing sounds. A combination that came across as a trip-hop Black Keys. 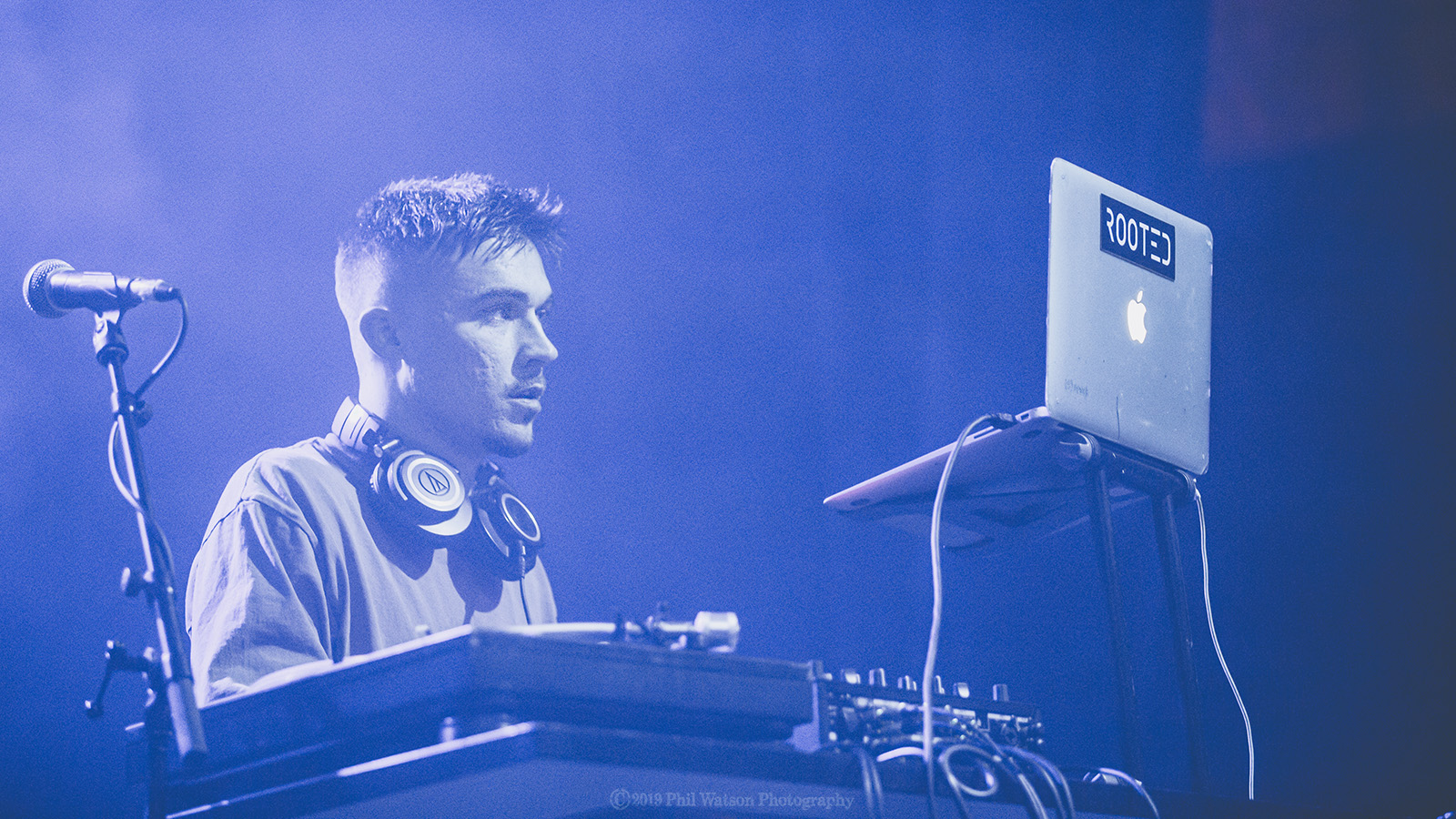 The great thing about her LP is its finely judged relationship with its heritage – reverential yet not in thrall, taking all that good stuff and forging a fresh sound blending soul, rock and disco in to a record that you can listen to and dance to with equal delight. There were nods to that heritage on stage too, Wilson quoting from To Be Young, Gifted and Black and orchestrating a mass singalong as she adlibbed a verse & chorus from My Girl during a feisty Cool One. 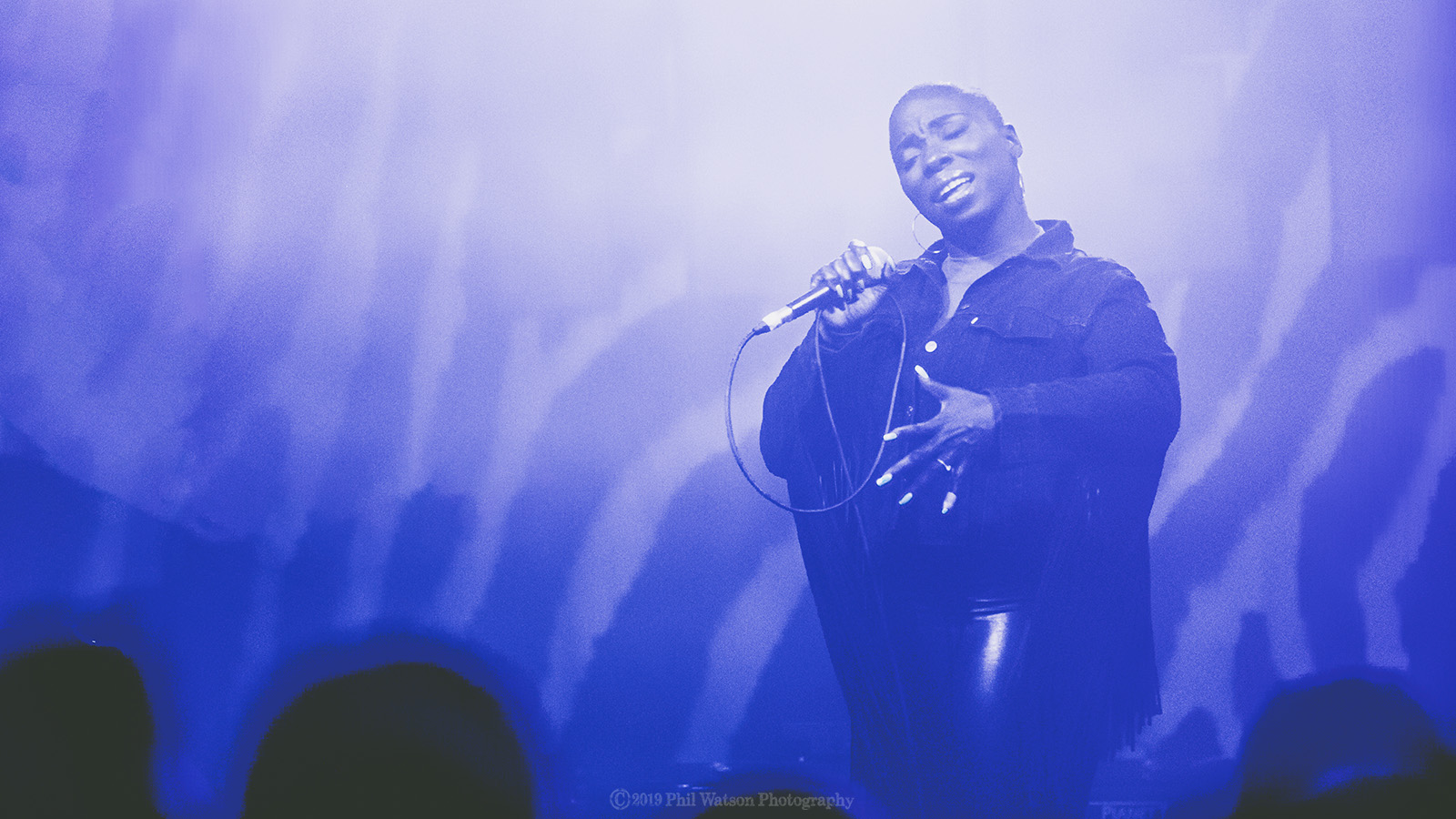 Wilson owned the stage, a commanding presence with a towering voice: strong & powerful she soared and roared, but tunefully & beautifully. She demonstrated delicacy along with a beautiful falsetto. An engaging personality she was enthusiastic about our fair city (although rarely do visiting artists describe the place as “cute”) winning over the crowd with self-deprecation and an easy manner. 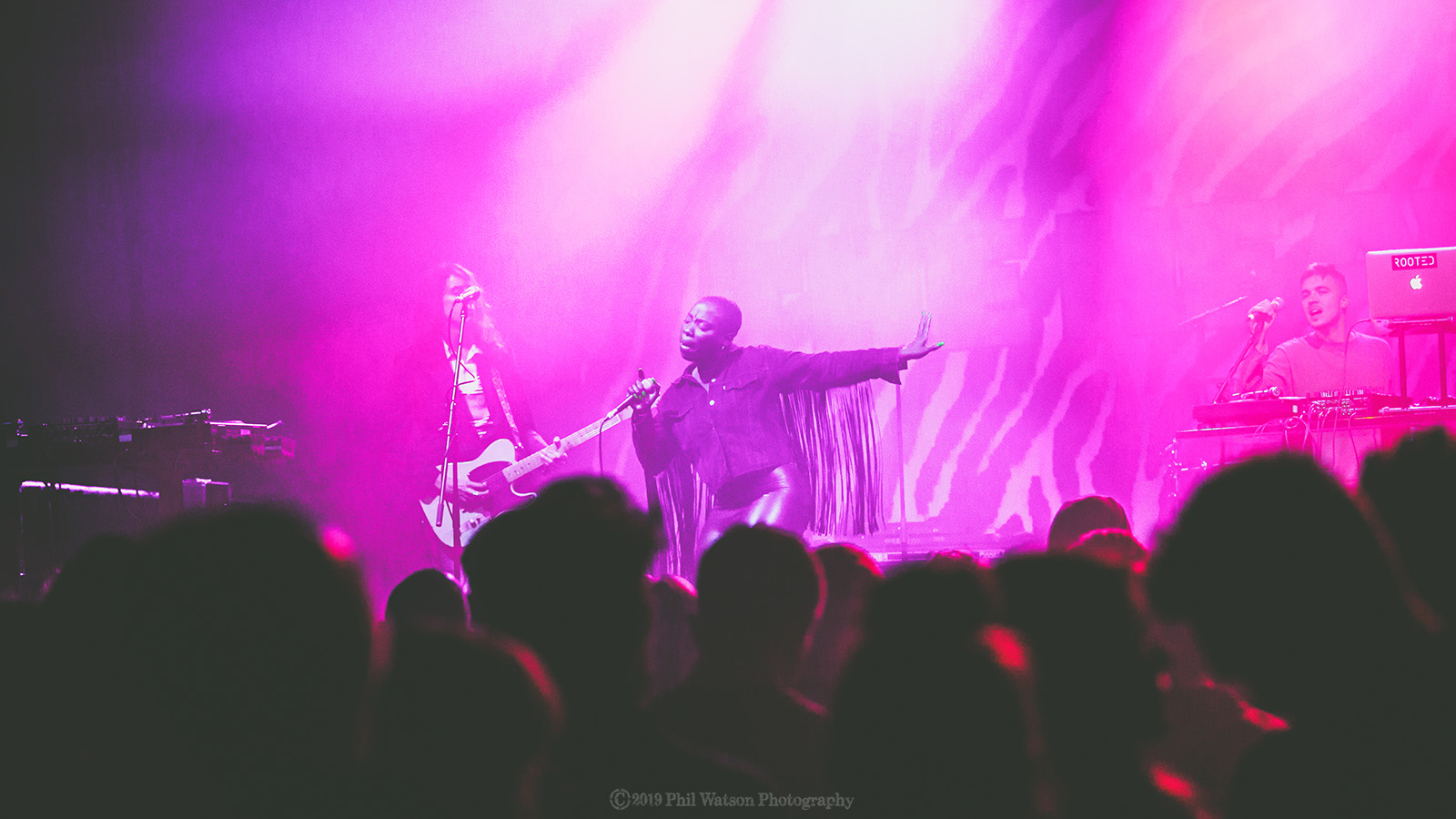 Her choice of material was well judged, not only showcasing the variety of styles on the LP but giving her chance to showcase her voice too. Cool One was catchy but closing with Clap Your Hands was a smart move, the tune driven by Nolan’s guitar (heavy and swampy) and with plenty of crowd participation its earworm chorus no doubt comfortably nestling in plenty of ears for the rest of the weekend.

Wilson was adamant that she would be returning to the UK soon, and whilst the material sounded splendid stripped down, let’s hope she has both a full band next time and finds time to stop in our cute city. Meanwhile, give her record a spin: it will lift your spirits. 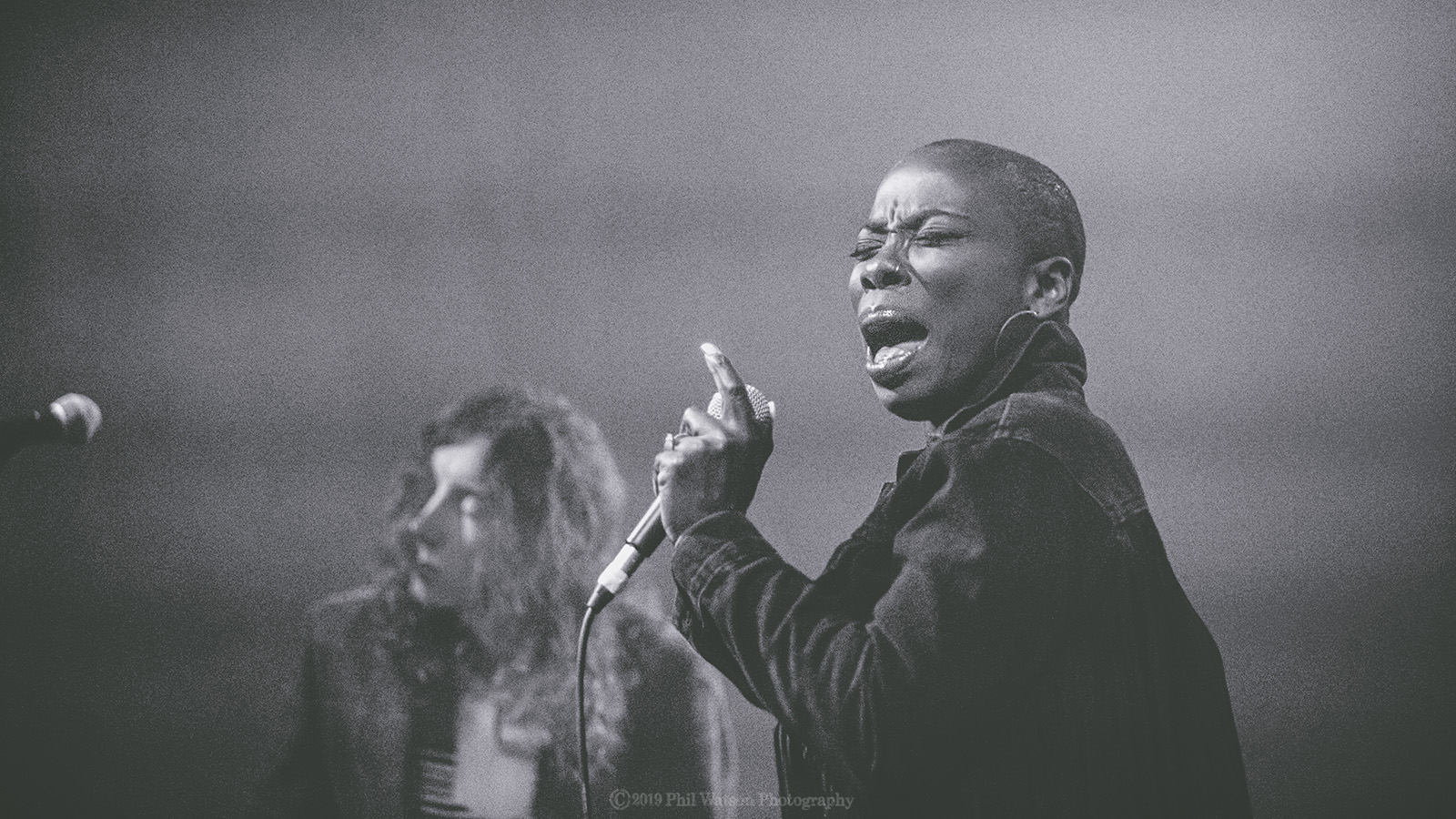 Back in May The Heavy played a killer set at The Trinity during a short run of UK dates in support of their fifth release Sons. Then they packed their bags and embarked on a tour to support that LP. This was the final date of that run so did they (a) phone in a jaded, road-weary performance, shortening the set in their anxiety to return to their homes and families in a tawdry, lackadaisical display of arrogance or (b) play a blinder? 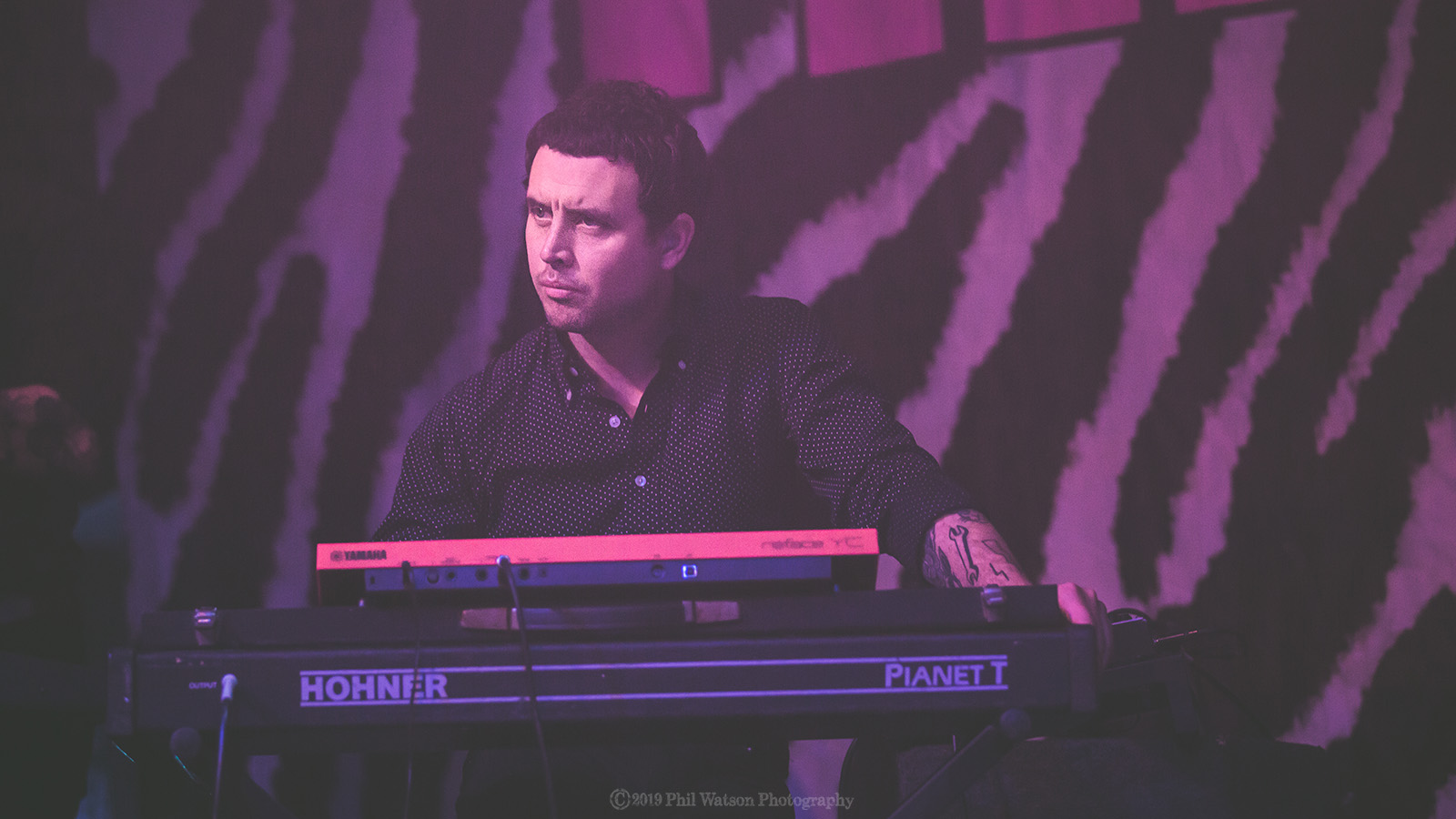 They played a fucking blinder. 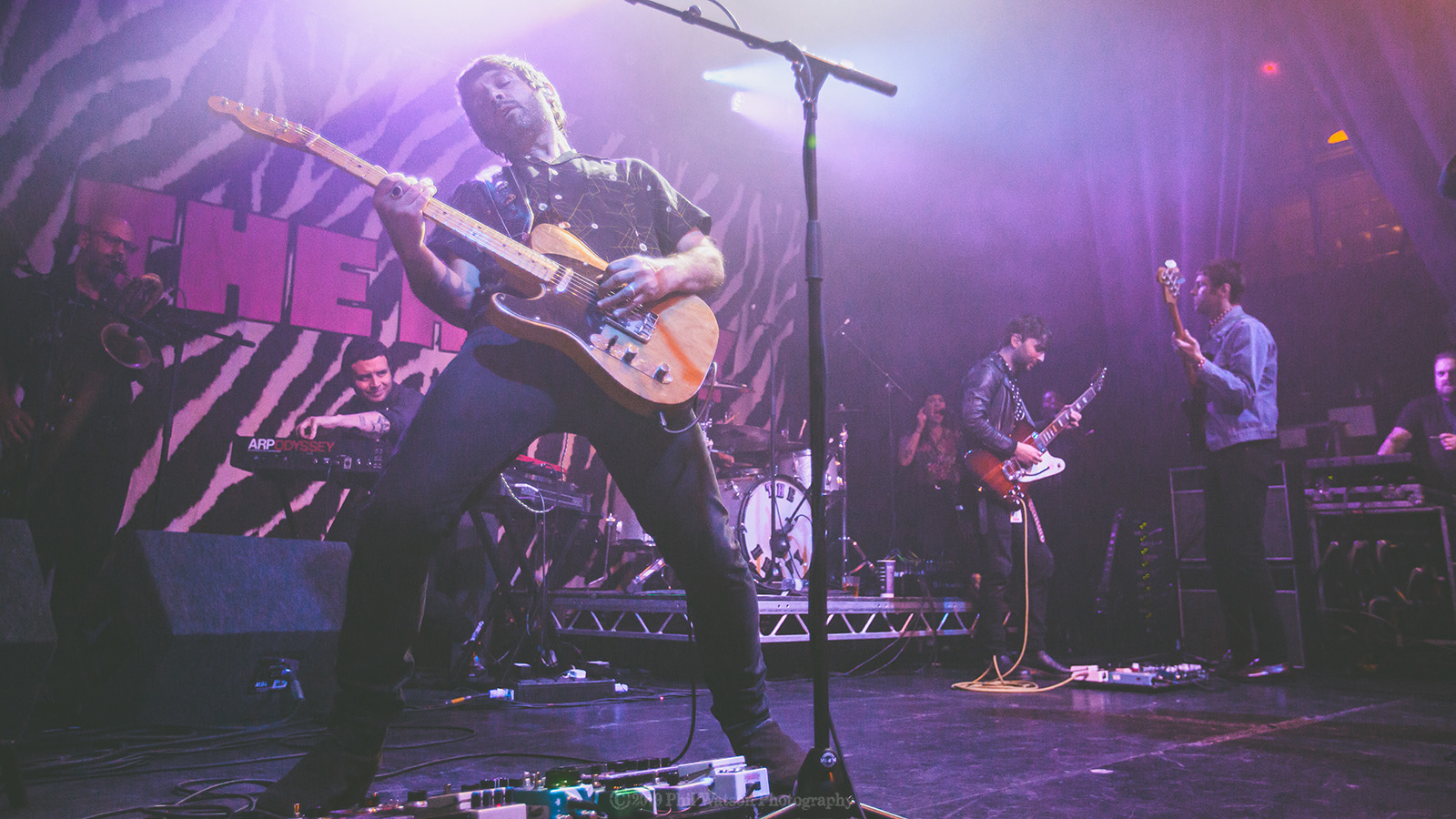 Whilst the set was broadly the same as at the Trinity the band hit the material harder; the rhythm section was fiercer; the horns sassier; the backing vocals tighter; the keys bossier and Swaby’s vocals off the scale. 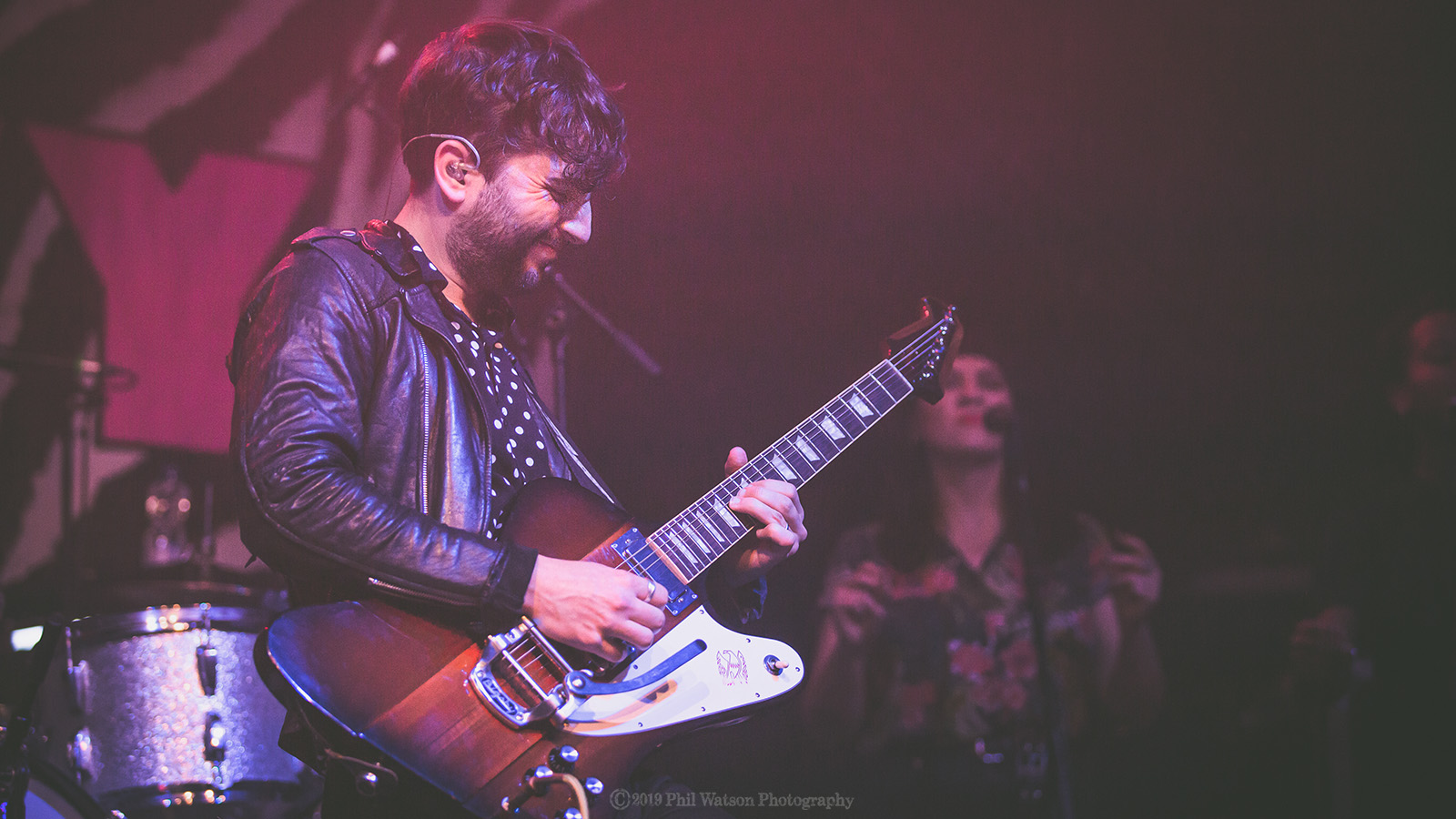 This was a band peaking, not a band running on empty and fizzling out. As always, the band were feeding from the joyful energy of the crowd: no chorus un-sung, no tune left un-danced and no one standing silent or still. Well, except for the odd too-cool-for-school numpties afraid to relax and let it all go. Why were you there if you weren’t gonna throw yourself around like a loon? 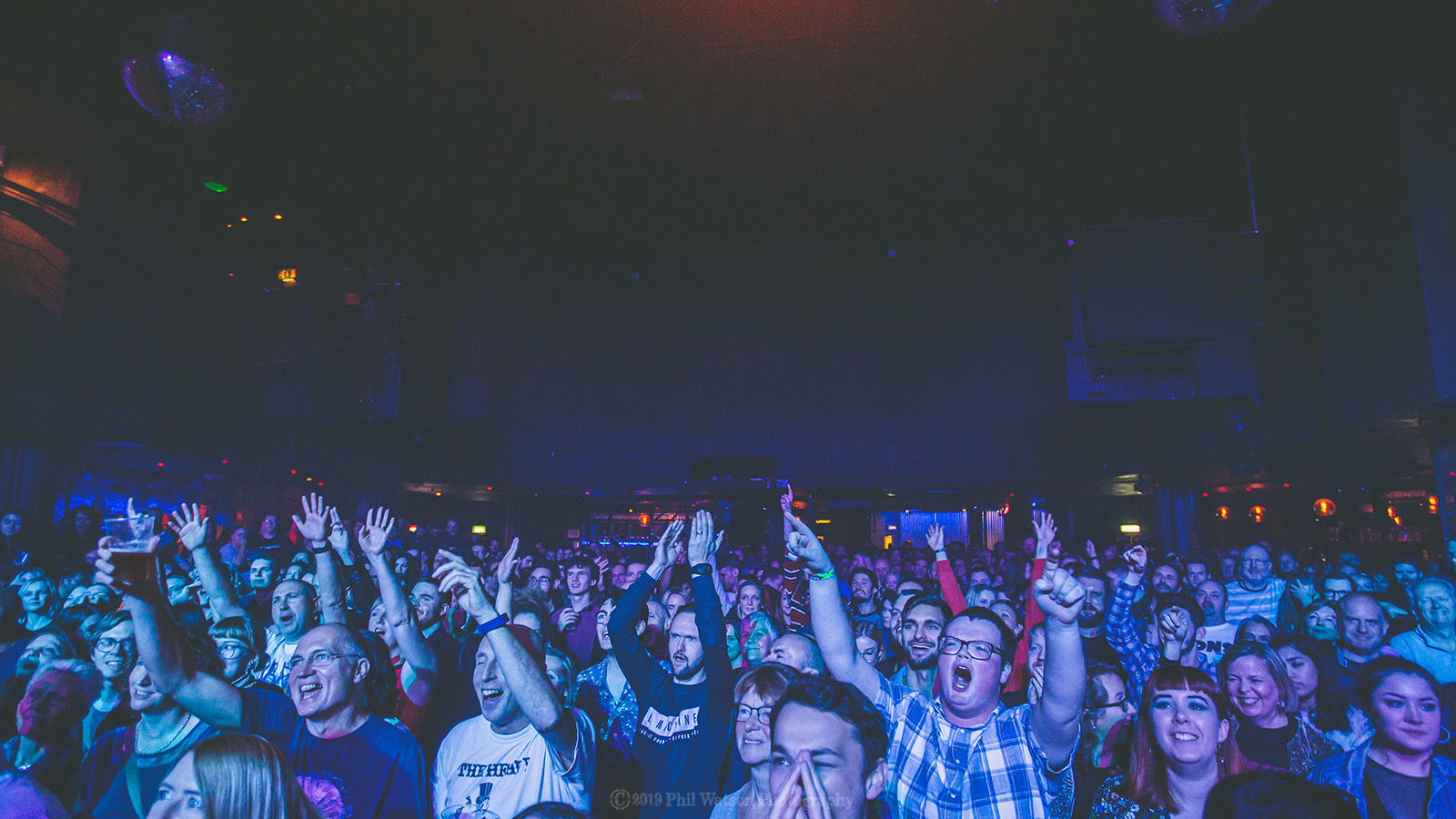 The uninitiated may wonder why a soul / RnB / blues outfit with a hip-hop sensibility christened themselves The Heavy, but if they’d witnessed the opening salvo of A Whole Lot of Love, Can’t Play Dead & Heavy for You they’d get it…instantly. Three humongous songs that had the whole place in an uproar as The Heavy pounded the crowd mercilessly: Swaby managing to headbang whilst holding his porkpie in place and still managing to be the coolest man in the room. 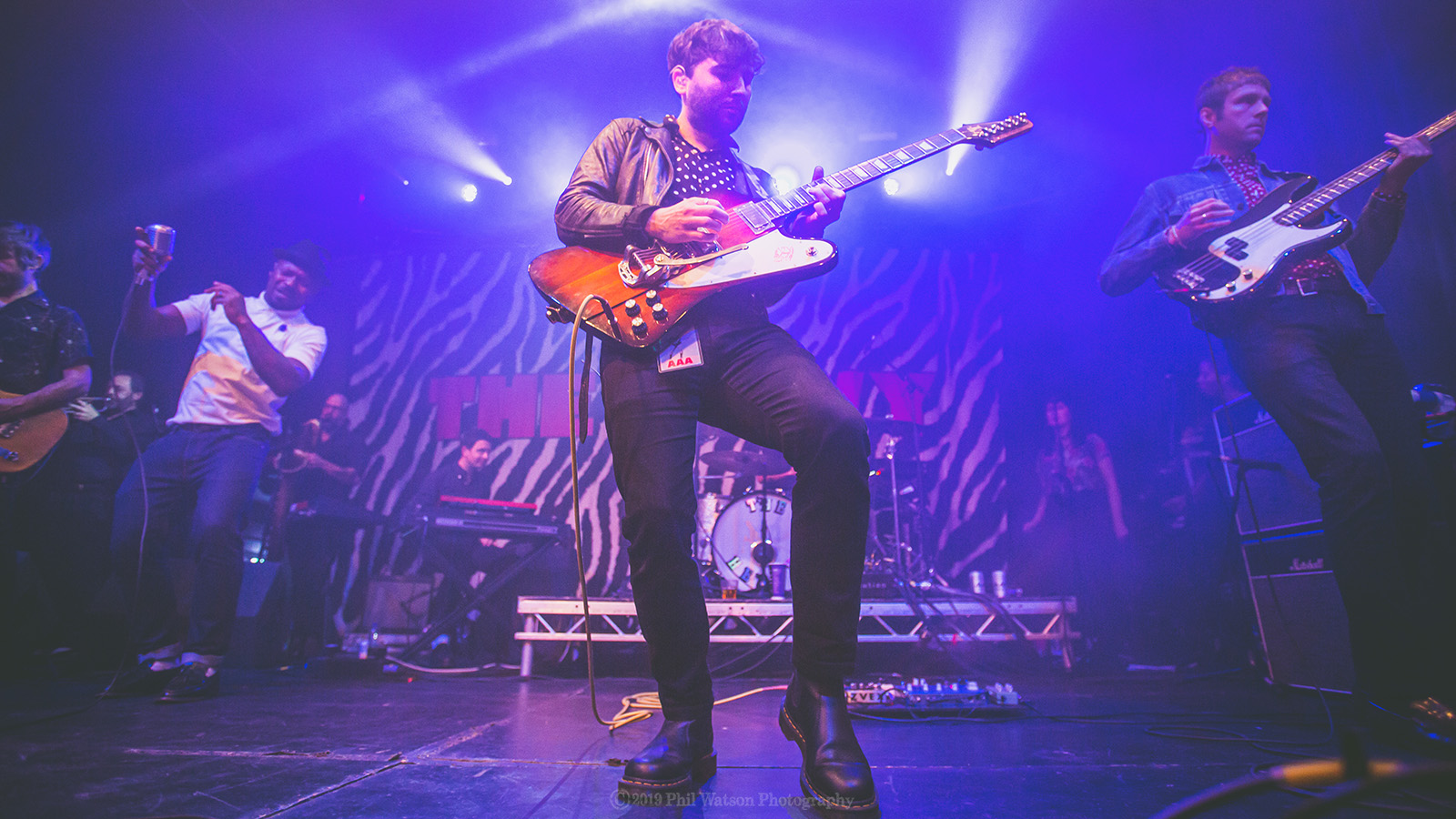 Back in the olden days it was believed gifted individuals could alchemise gold from base materials. Swaby is a gifted individual who can alchemise genuine feel good entertainment from base rock n roll clichés. What’s the third worst thing you can hear at a concert? “I’m gonna split the room in two and we’ll have a competition…” Swaby did this and yet the bonhomie was so strong in him that it felt fresh, original and fun. 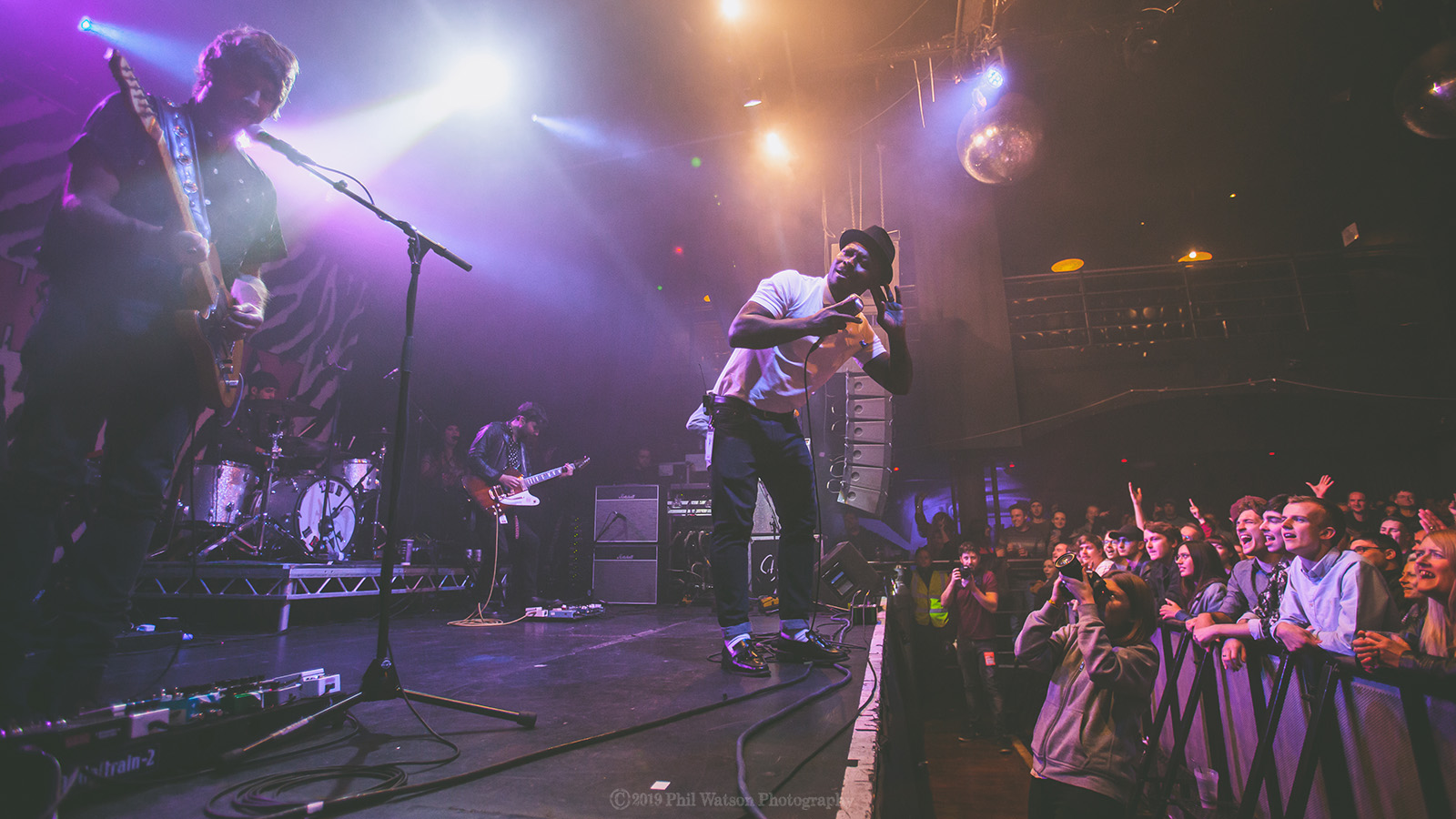 Provoking us to make more noise than that London…demanding the crowd sing along…winding up and then complimenting the band…he did it all without seeming like it was rote. Oh, the second worst thing is “Over to X on the bass” (tedious bass solo ensues) and the first by a mile, “Let’s hear it for X on the drums” (mind numbing drum solo follows). 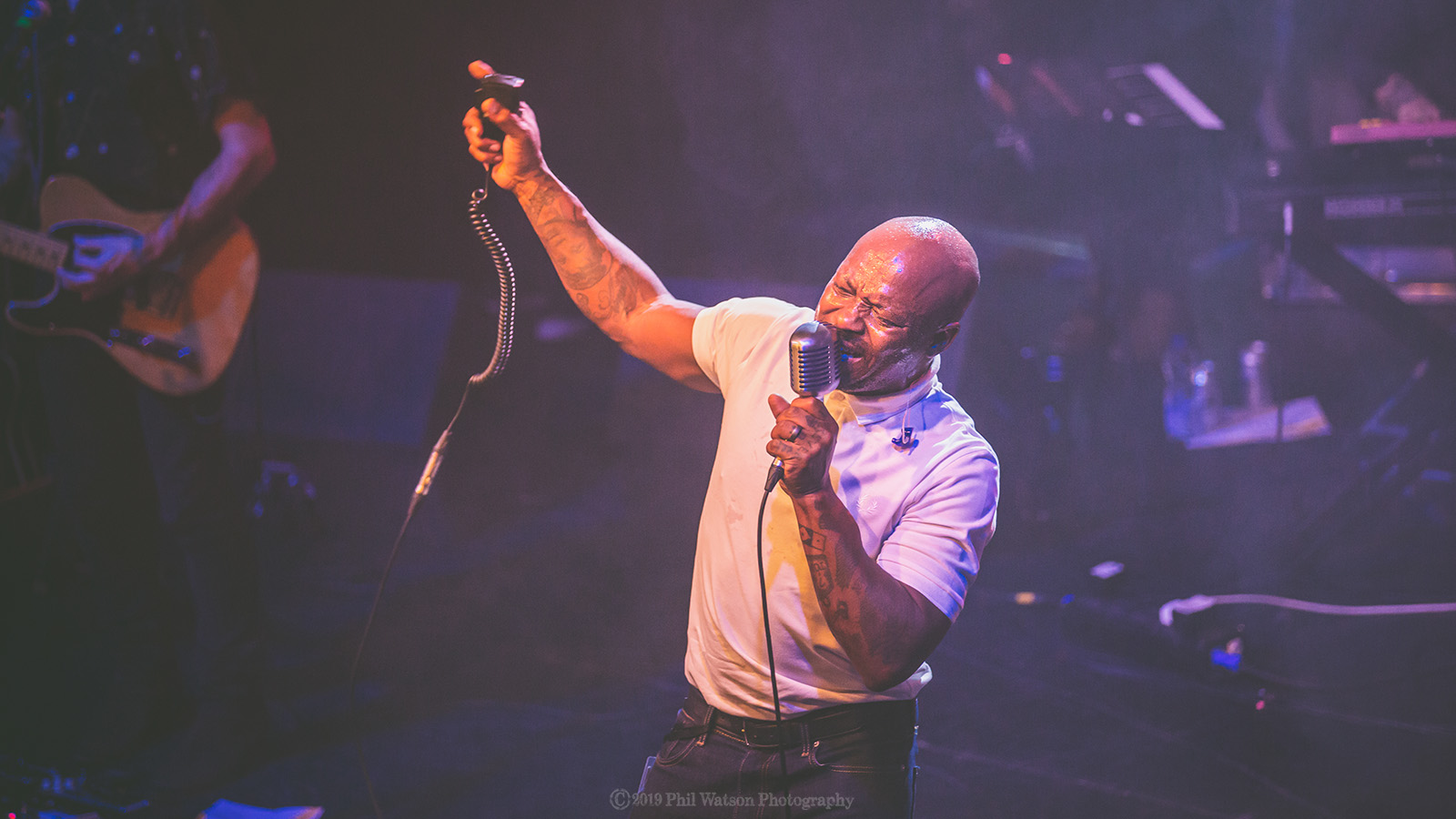 But enough with the Sawby love-in, let’s give the band some too. Superbly tight, they blended genres and styles at will, often in the same song. The horns travelled from Muscle Shoals to Mexico via Chicago (which makes no sense geographically but does musically). The rhythm section was in the pocket, a dirty, greasy pocket at times and a pounding Zeppelin pocket at others. The guitars crunched with the riffs and stung in the solos whilst the keys glued it all together. Swaby’s vocals were sweetened by the backing singers – the whole adding up to a glorious, glorious irresistible rumpus. 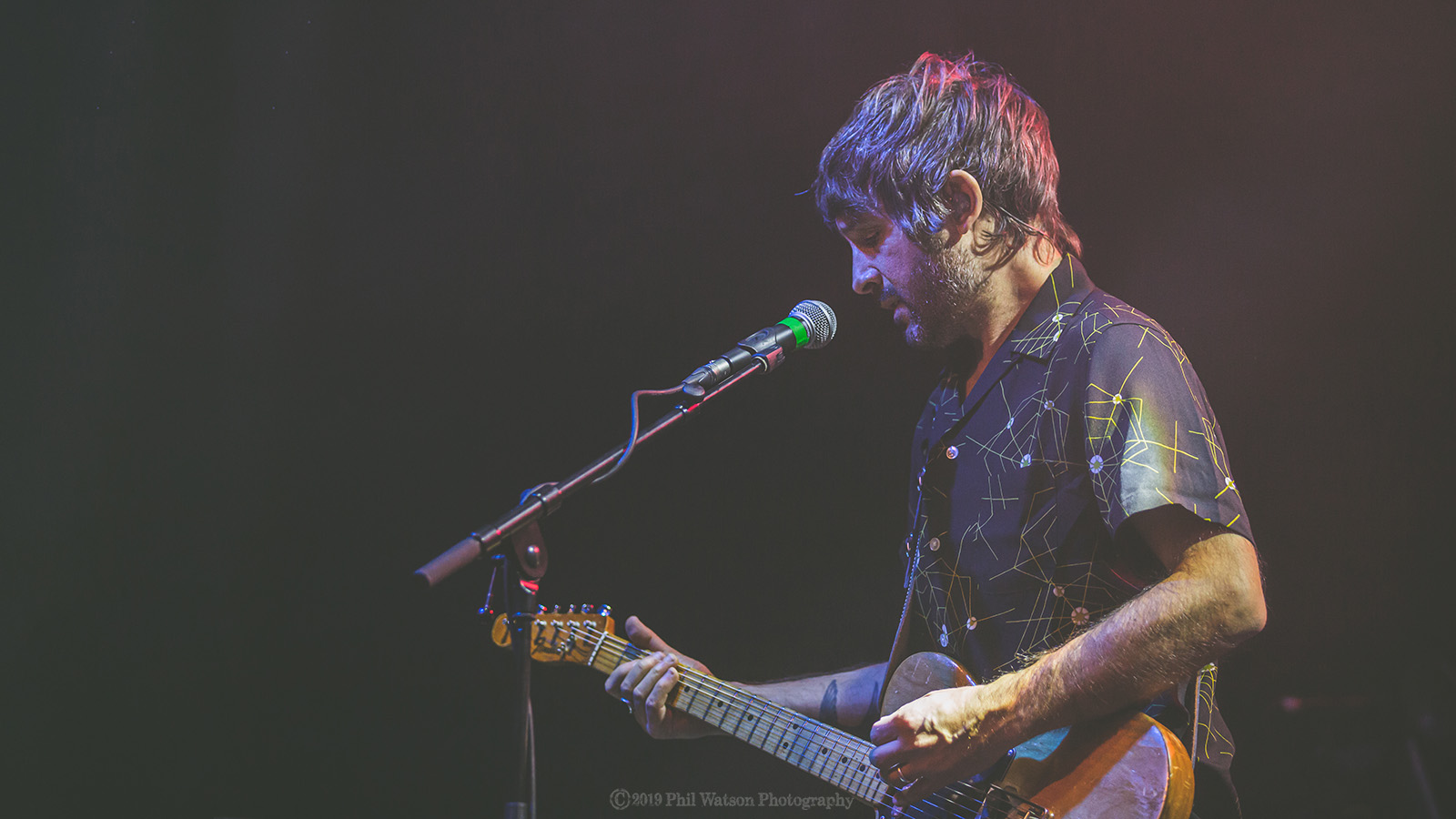 It wasn’t until the encore that it became evident that the band had steamrollered through the set. Sure, there was plenty of light and shade, plenty of variety but it was relentless and all the better for it. But opening the encore with Burn Brighter cooled and calmed things, gave us chance to get our breath back. Then the encore exploded. 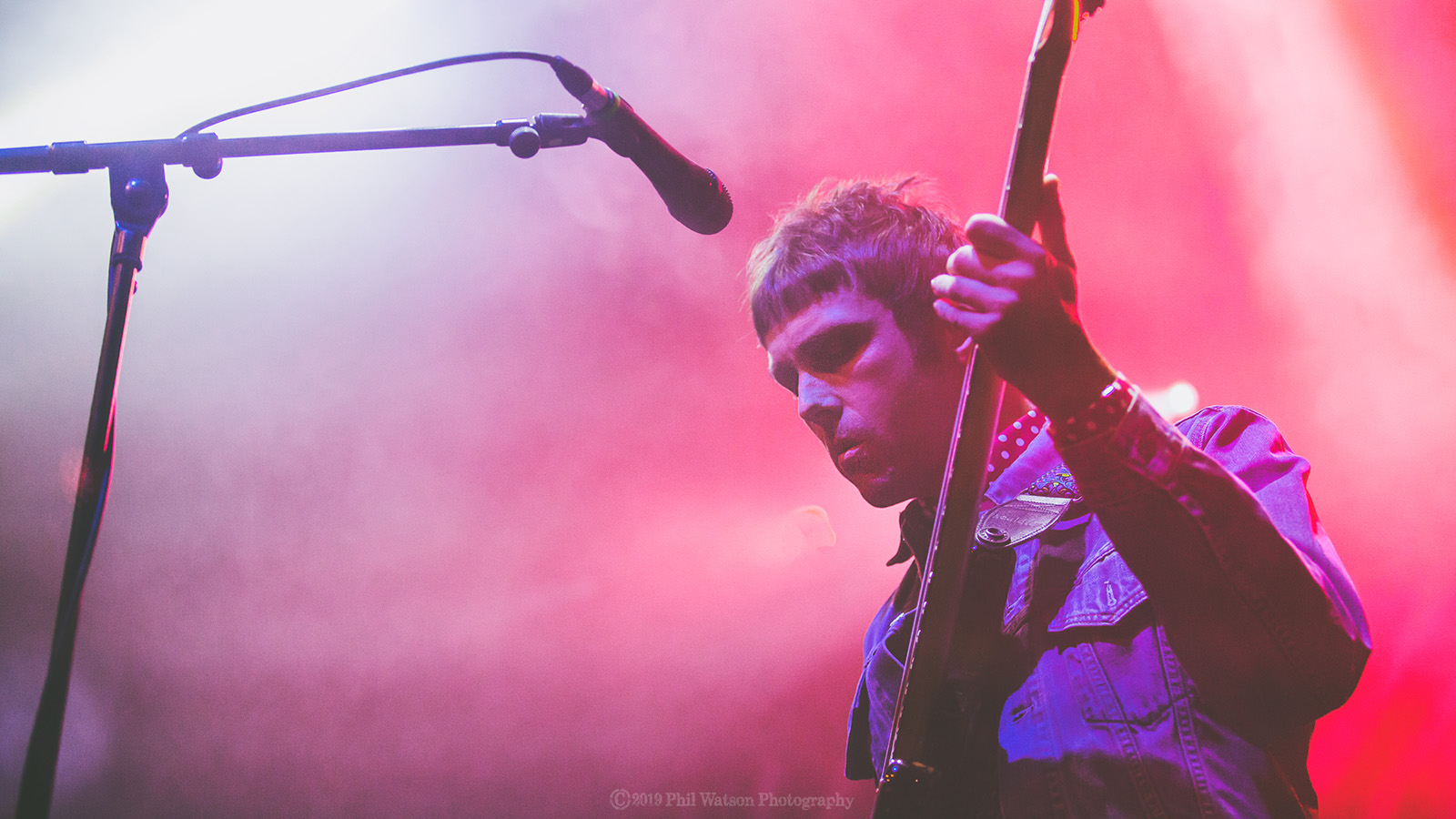 Although he’d negotiated a three-tune encore with the crowd, Swaby decided the band couldn’t decide whether to play Put it On the Line or Good Man so naturally they detonated both. The former conned us with its faux spaghetti western intro and understated verses but exploded in the choruses. The latter received an extravagantly physical and vocal response from the crowd, roaring the band on and all but drowning them out with their singing. Hurt Interlude presaged the crowd splitting competition before the final cut. How You Like Me Now is arguably the band’s signature tune and this was a victory lap for band and audience alike. It was euphoric.

The Heavy are undoubtedly one of the most thrilling live acts in the country, and they’re in the enviable position of thrilling with a catalogue of tremendous tunes that sneer at genre conventions, mocking the tedious myth that bands with guitars are on the threatened species list. They’ve got a fine work ethic and with any luck they’ll be back with a new record next year and will bookend the accompanying tour with two Bristol dates again. After all they wouldn’t want to let down the loudest and most enthusiastic crowds in the country (paraphrasing Swaby’s assertions throughout the night). Right lads? 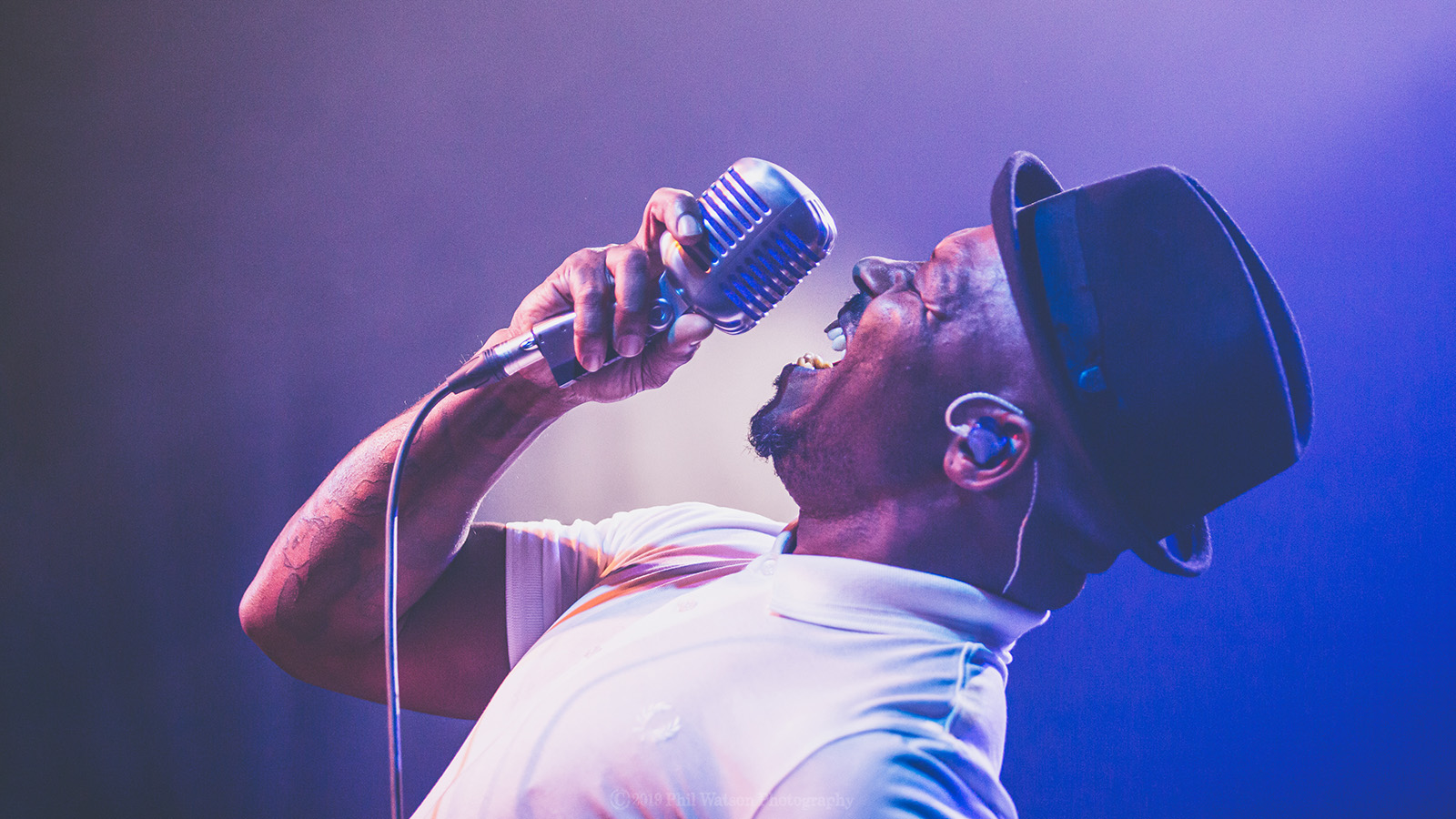