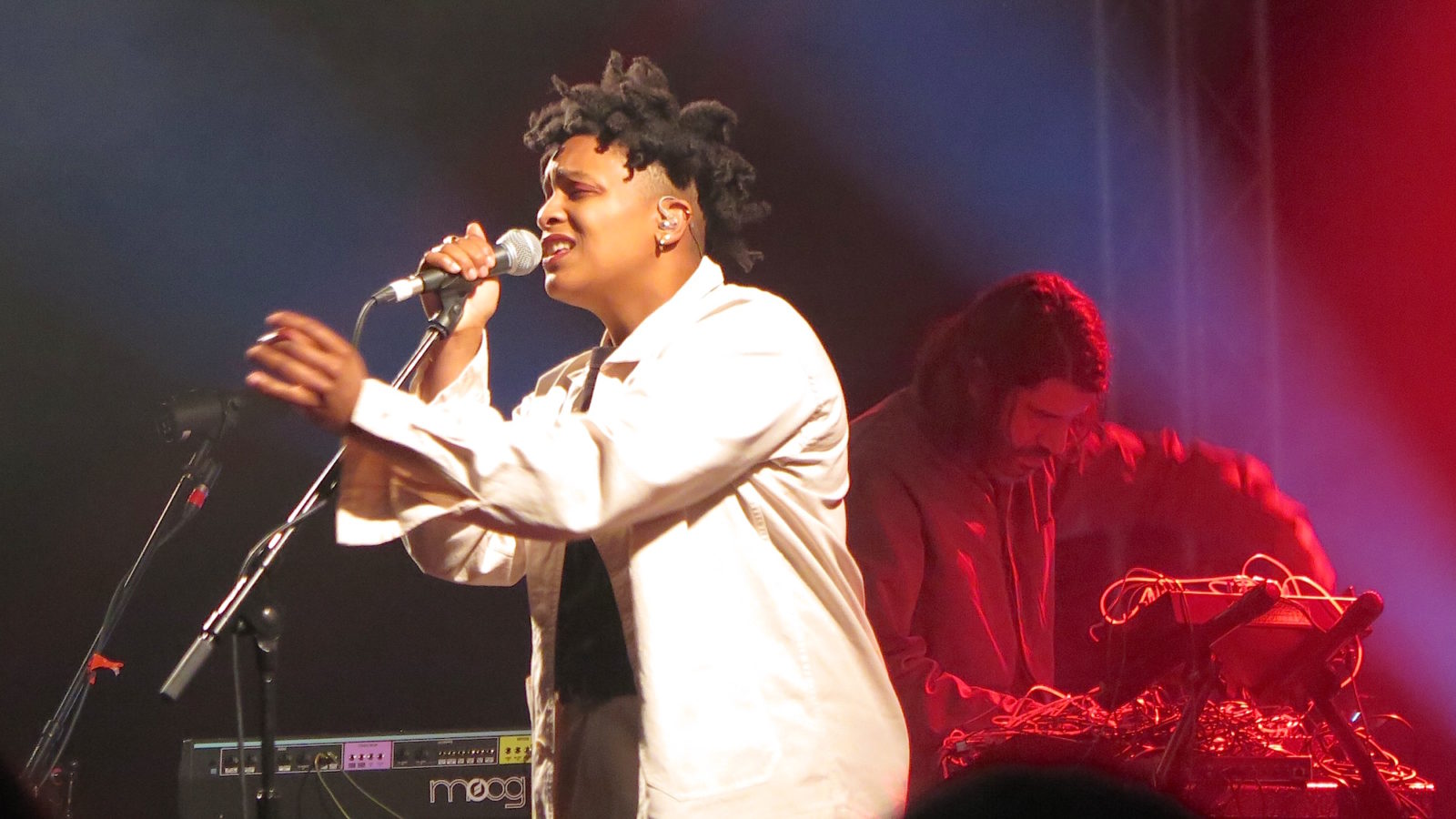 An interesting tale of two producers unfolded at this gig: for this year’s State of Flow album Pete ‘Ishmael’ Cunningham mined his Bristol hometown and its musical legacy to make a post-dance sound that’s deservedly taking him places far and wide. Will ‘Quantic’ Holland, on the other hand, long ago upped sticks from Brighton to Colombia, moving on (after a seven year stay) to New York. Five years later he’s bringing Atlantic Oscillations back to the UK with a rock-jazz dance sound that flicks through postcards gathered on his travels. What’s interesting is how the two have settled in such a similar sonic place. 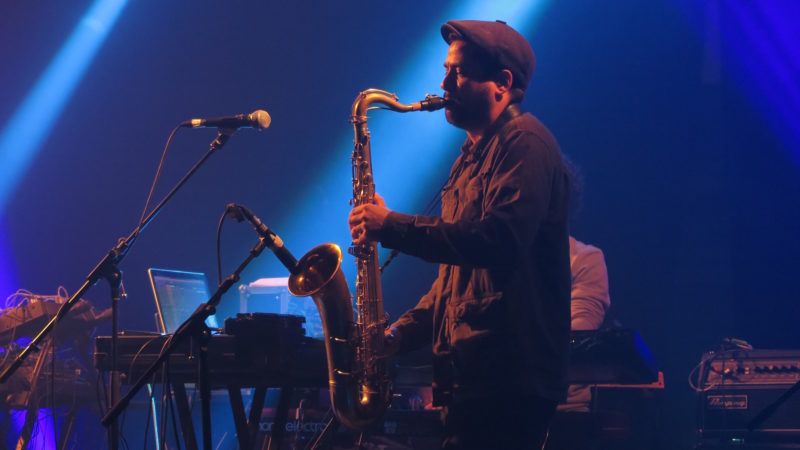 Having seen a bigger Ishmael Ensemble line-up at Jazz Stroud this year the core four-piece had a sharper-edged sound, no doubt honed on this lengthy tour. Stephen Mullins’ guitar was an assertive ingredient in most tunes, bringing out the rocky climaxes of Surge and howling away behind Cunningham’s more restrained and fluent tenor sax. The flavours throughout came from Rory O’Gorman’s precise drumming, while the colours mainly emanated from Jake Spurgeon and Pete’s deployment of the synth paintbox. 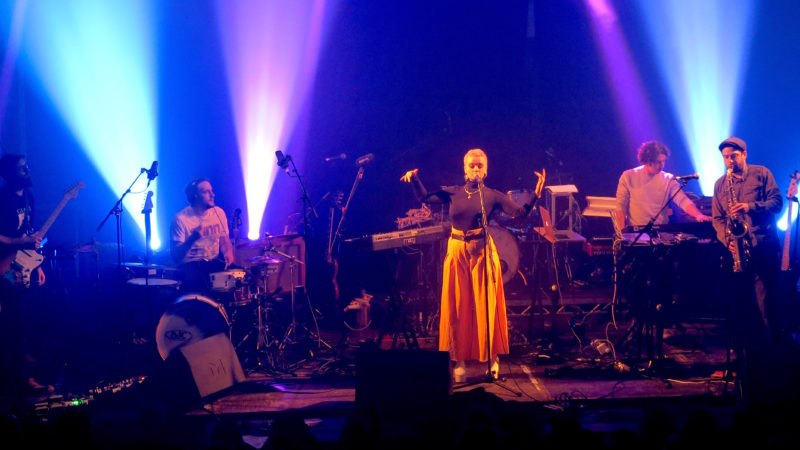 It was tight and energetic music and at its most effective when vocalist Holysseus Fly joined them for the drum’and’bass referencing Full Circle and the moody Waterfall. Cutting a striking figure with her slow and elegant moves Holysseus’ poised vocals somehow put all the other music in its place. The adroitly layered elements of jazz, D&B and rock came together into a powerful sound that bore all the hallmarks of Pete’s Bristolian roots. By the last number – a no-nonsense house riff that let the drummer off the leash and roiled to a climax – they’d grabbed a big crowd and got it dancing. 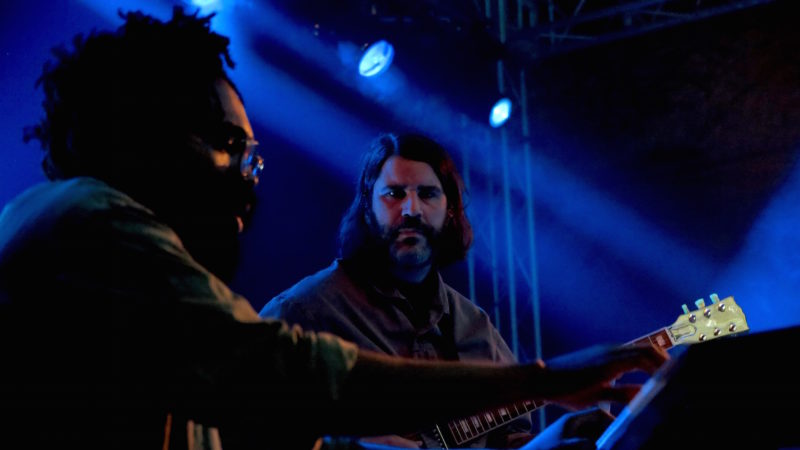 Anyone remembering Quantic’s Colombian period would have been immediately struck by the contrast between the compelling straightforward Cumbia sound of his Combo Barbaro and the new post-rock grit of the band that made 2019’s Atlantic Oscillations album in Brooklyn. Leading from the front as ever, Will’s electric guitar sounded almost Claptonesque and though his synth stand boasted one of the biggest portions of spaghetti wiring ever seen he left much of the electronica to bass player Dominic Bisano and  Paul Wilson’s keyboards. Even star baritone sax and flute player Sly5thAve had a mini synth with a part to play. 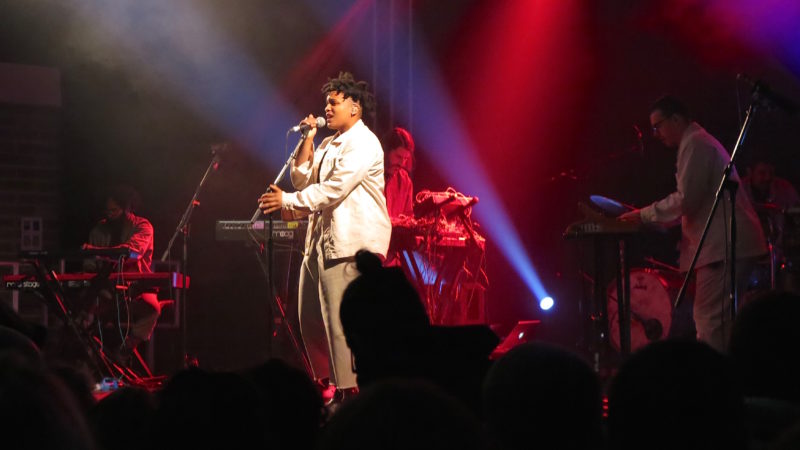 Delivered live, the album’s loungecore suaveness got cranked up, not least by inflammatory sax and guitar, while vocalist Denetia also brought emotive urgency to You Used To Love Me. Starting with cool restraint over rippling keys and a bubbling bassline she let herself loose with a soul singer’s passion, creating a compelling highlight early in the set. That number was one of a few that explicitly hinted at modern Latin grooves, heightened by Sly5thAve’s cutting flute solo.  The album title track was another, the shifting electronica falling into a satisfying kind of deep Cumbia-dub. At other times, however, the bandleader’s ever-present electric guitar hooked over a falling four-chord riff felt more like the payout of one of Neil Young’s epics or even echoes of Dire Straits (albeit with Marcus Miller on bass). 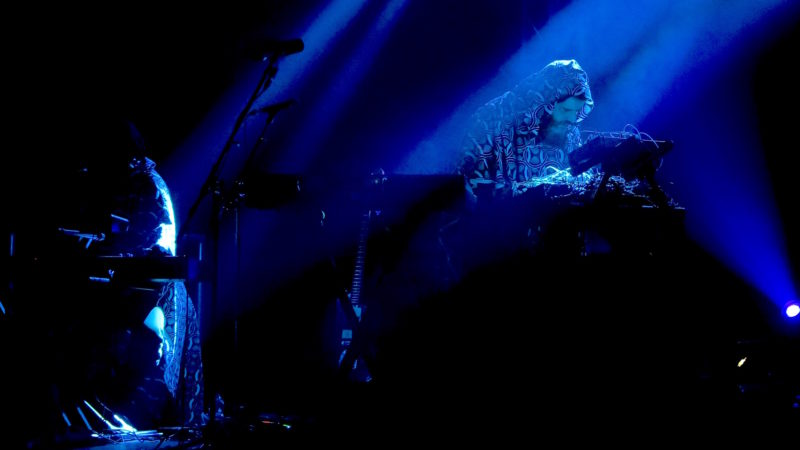 There was an eccentric interlude when the band left the darkened stage and only Will and Paul returned clad in camouflage ponchos to play an electronica duo piece, sepulchral synth versus chirpy Farfisa organ tones drifting into deep space. That was a most straightforwardly dance-oriented moment that delighted the rammed and energetic crowd before the full band returned and the ponchos were abandoned for a couple of ‘final’ jump-up anthems. 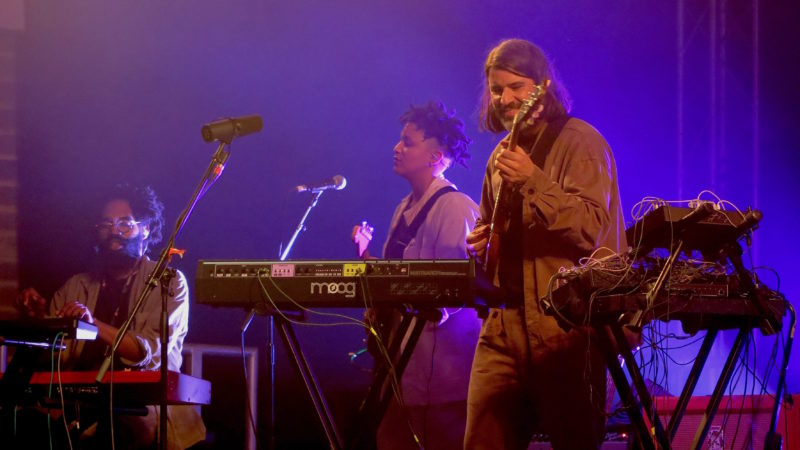 Naturally there were encores, however, with a Shaft-era funk tune and another three-chord rundown that sounded like a rare groove B-side from a supercool wedding DJ set. It was, as ever, Quantic giving them what they wanted and, naturally, it absolutely did the trick.