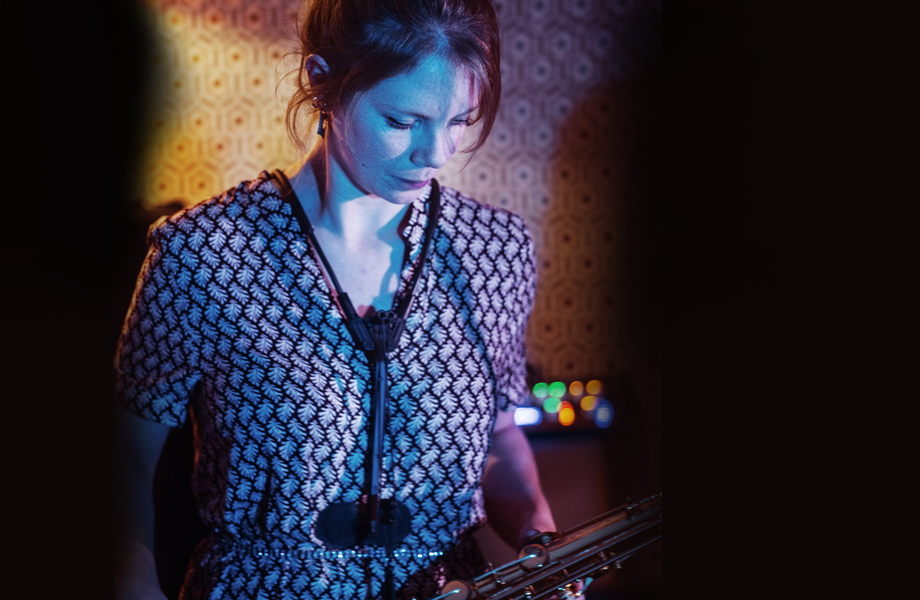 With live music on furlough it’s a good time to discover great recordings, so we asked some of the city’s top jazzers to share the music that inspires them.

As a talented young saxophonist – by 15 she was playing in public – Sophie Stockham took full advantage of Bristol’s music scene. She joined the Colston Hall’s Remix mentoring project and also the jazz workshop at St Brendan’s College, led by trumpeter Pete Judge (who would later be invited to join her in Dakhla Brass). Sophie’s playing has a thoughtful depth, reflecting her wide interest in music, and clear ear for melody. A founder member of radical brass ensemble Dakhla Brass, she then drew together the Art-rock influenced quintet Sefrial (whose brilliant debut album burst out on the eve of lockdown) and the eclectic un-standards quartet Orphic. More recently she is a founder member of ‘electric Latin funk’ foursome Starlings.

Now I know this isn’t a ‘jazz’ record, however this was the first record I remember getting obsessed with. It got me excited about saxophone playing and improvisation. Maceo taught me so much about tone, melody and delivery. This then led me onto artists like Hank Crawford and Lou Donaldson.

My grandad was a drummer in Bristol back in the 40s-50s. He came from a long line of brass band leaders and players, so I’ve always had a soft spot for brass band music. When this album came out in 2007 I was a massive fan. This was one of the albums that inspired me to be part of creating Dakhla Brass.

I was also part of the Remix youth project (now Bristol Plays Music) and was lucky enough to be put in touch with trumpet player Abram Wilson, who sadly passed away in 2012. He taught me a lot about the importance of discipline, melody and tone. I learnt so much from him, so therefore I’d like to mention his album – Jazz Warrior.

It’s Wayne Shorter, especially here playing with Art Blakey’s Jazz Messengers. I think this is one of the greatest sax solos of all time. Wayne seems to always be pushing himself and is always exploring and creating new ideas. I’m always trying to create a melody or search for an idea when improvising. I like the idea of being on the edge of what you can do, and not necessarily relying on licks or muscle memory. I think Wayne does this perfectly and this solo is an example of it!

I have to admit I’m not listening to a lot of new music Jazz at the moment. I’m very much enjoying Nubya Garcia, Run Logan Run and The Comet is Coming. I have to say that my favorite new record at the moment is Little Simz. Whilst it’s not jazz, I find her music and her honesty super inspiring, and I’m always left feeling excited to play music after listening to her.

Get the Blessing – OCDC (OCDC)

I love Get the Blessing. It’s a band that has all my favourite players in! They’ve all got really strong musical voices and the band has such a distinct sound. I love this track – it just makes me so happy!

Finally: Are there any other great jazz records you think might help the uninitiated to share your enthusiasm for the J-word?

Louis Jordan – Five Guys Named Moe. I think the record I have is a ‘greatest hits’ but anything by Louis Jordan is amazing. Love his songs and his sax playing.

Mary Lou Williams … presents Black Christ of the Andes. This is one of the greatest records of all time. She’s such an incredible piano player, composer and arranger. She’s a real inspiration to me.

Medeski Martin and Wood – Uninvisible  Everyone should hear this band. I’ve seen them live 3 or 4 times and each time it’s been completely different. Love them.