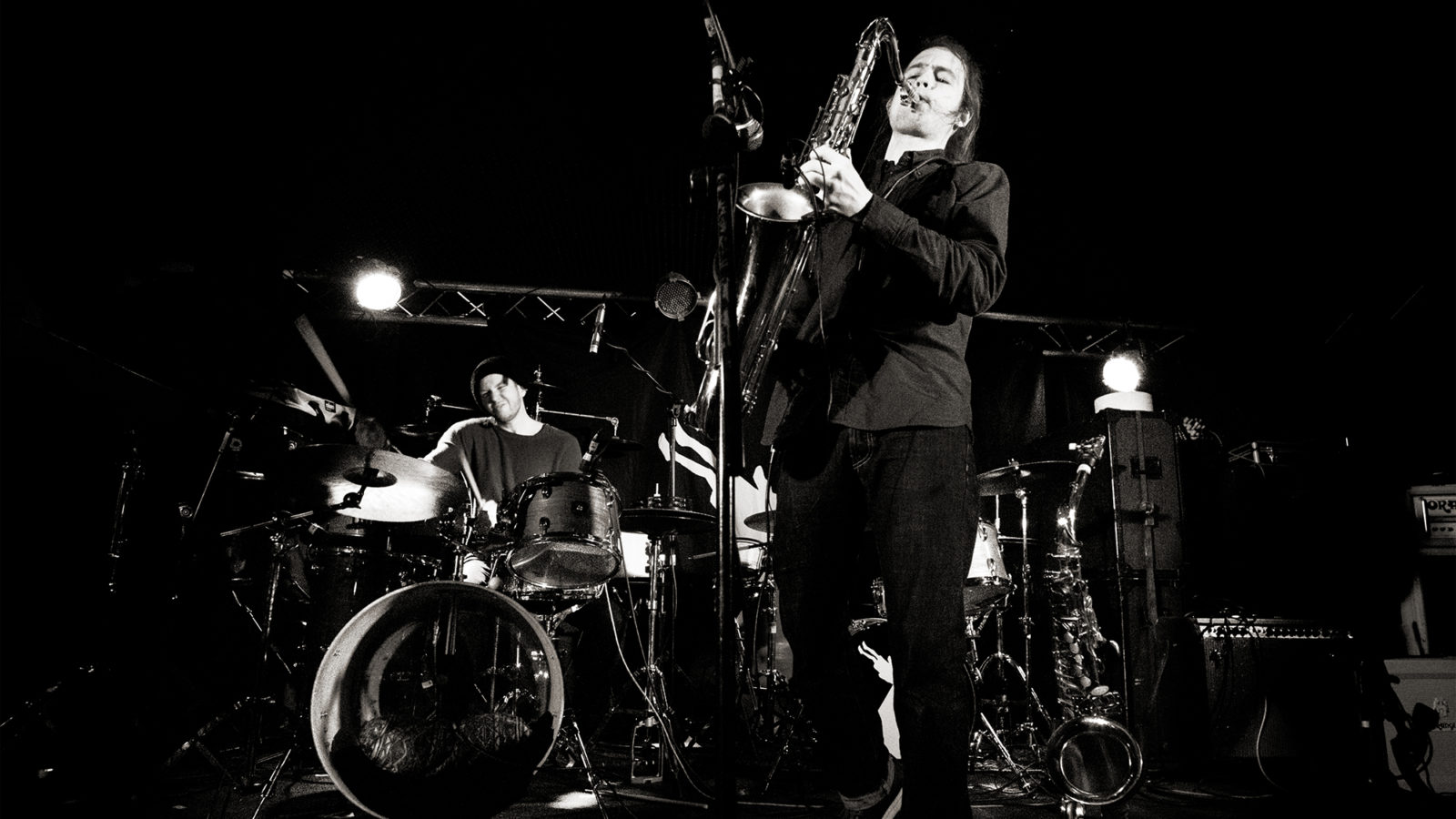 With live music still on furlough it’s a good time to discover great recordings, so we asked some of the city’s top jazzers to share the music that inspires them.

As his nickname implies, Andrew ’Schoolboy’ Neil Hayes was pretty young in 2003 when he first grabbed attention as a powerful and stylish saxophone player. Coming to the fore in live dance outfits Edenheight and Ruckus Collective, his Schoolboy’s Death Trio revealed an impish and politically provocative blend of hip-hop and jazz, thanks to his additional talents with rhymes and visual arts. But it was the powerful national impact of the electronic drum’n’sax duo Run Logan Run that fully released his virtuosity as a sax player and improviser and the band’s new line-up with powerhouse drummer Matt Brown unites two of Bristol’s finest free-thinking jazz beat merchants. Andrew is also a key player in funk-jazzers The LBJB’s and cosmic Ethiojazz outfit Tezeta.

I’d heard some jazz records before, but the first that really caught my attention was Blues & Roots by Charles Mingus. The baritone lick at the start of Moanin’ is just KILLER! You know what’s coming from the very first note. The collective sound of the large ensemble on that record is really something special.

The Strand by Roxy Music. My dad was really into Roxy Music and used to play their albums in the car. This was the first time I’d heard a saxophone played in what I thought at the age of 13 was a cool way. I still think it’s cool now, Andy Mackay’s playing is quite unique and raw.

Please can I have two?

Sonny Rollins has and continues to be a guiding light for me. The fact he took a sabbatical from public performance when many thought he was at the top of his game, to go away and practice for three years and come back stronger, represents everything that’s true and right about the personal journey of an artist. My favourite record of his is Freedom Suite – I don’t think I could ever get bored of it.

Pharoah Sanders is a truly monolithic hero of mine. I remember the first album of his I listened to (Karma) on the bus on the way to a crappy part time job I had. It actually changed something inside me when I heard it, I thought “Time to quit this job”. Someone once said to me they thought Pharoah’s music was like listening to nightmares. I agree in part, he does take you there. But he takes you everywhere from heaven to hell and back again. It’s like a spiritual cleansing and it gives me a sense of joy that I can feel in my chest. I was lucky enough to see him play at The Barbican for London Jazz Festival two years ago and it made me cry. What a man! I have many favourite records of his but I think Elevation is a good place to start.

Rose Golden Doorways by Pulled by Magnets. I’ve always been a huge fan of (drummer) Seb Rochford, but I only just got around to listening to his new project. It’s definitely in the same space as Run Logan Run!

The Bristol jazz scene is killing right now (watch out London) so I don’t want to pick a favourite because there are too many to chose from. But the last Bristol record I listened to was Sefrial’s self titled debut and The Gatekeeper is really fantastic. It’s got this sure footed energy that just keeps moving forwards, the kind of energy we need in the middle of a pandemic!

Here’s a few more of my favourites…

Never Were The Way She Was  – Colin Stetson and Sarah Neufeld

Prophecy – The Comet Is Coming