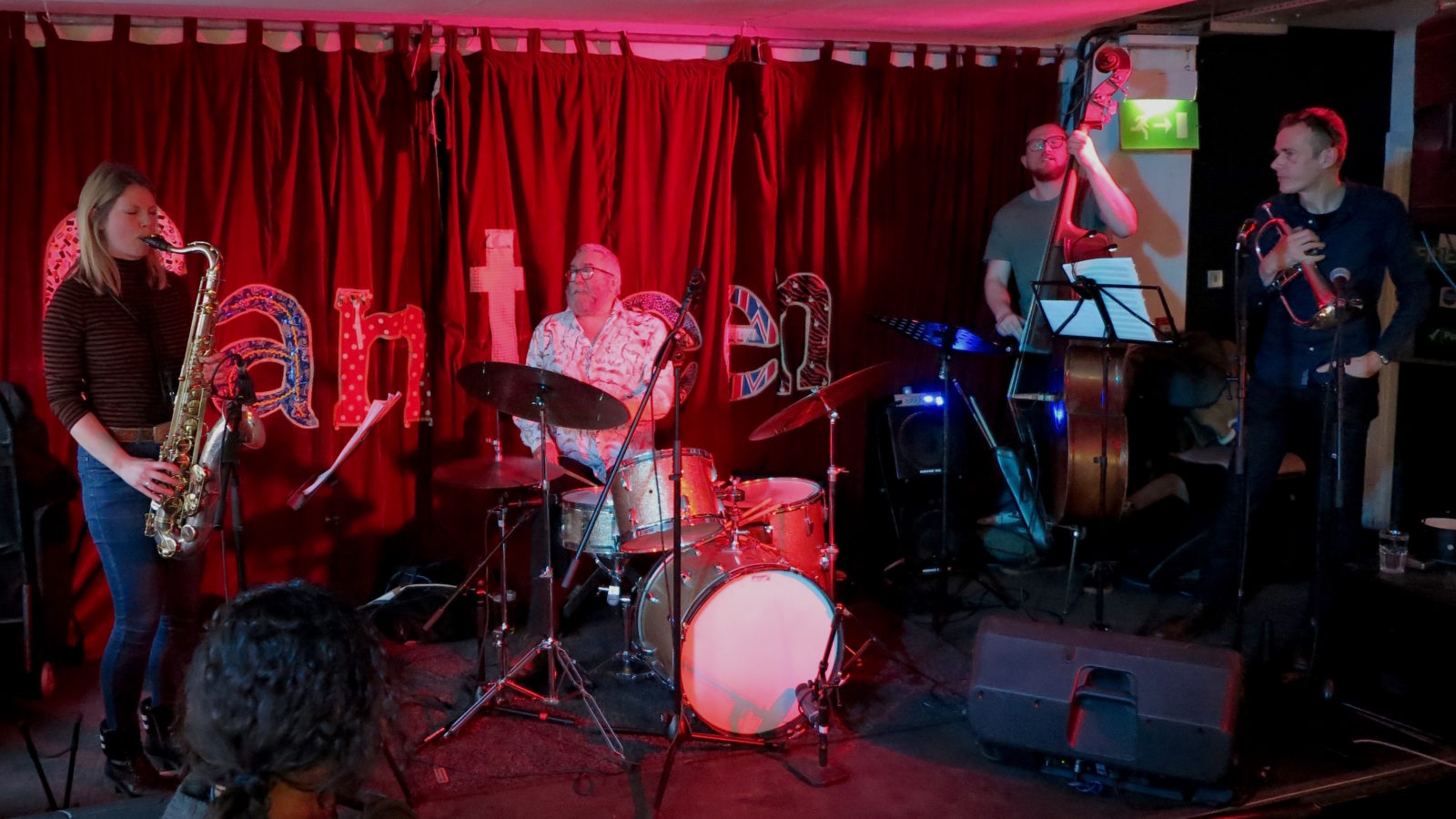 It’s always interesting to see a new jazz project take shape, especially one involving players already well-established in other successful bands. What’s the USP going to be, especially if they are not starting with a set of original music? This was Orphic’s debut gig, a quartet centred around Sophie Stockham’s tenor sax with fellow Dakhla Brass players Pete Judge on flugelhorn and Matt Brown drumming plus We Are Leif double bass player Chris Jones. The ever-busy Matt was elsewhere, however, hence the gig’s original billing as ‘Orphic Trio’ (which led to an interesting on-line confusion with a noted classical three-piece of that name) then, on the day, they actually were a quartet thanks to drummer Tony Orrell choosing to spend his birthday afternoon on the Canteen stage. It proved to be a fine combination albeit understandably hesitant at times, but the venue’s Sunday afternoon vibe could roll with that. 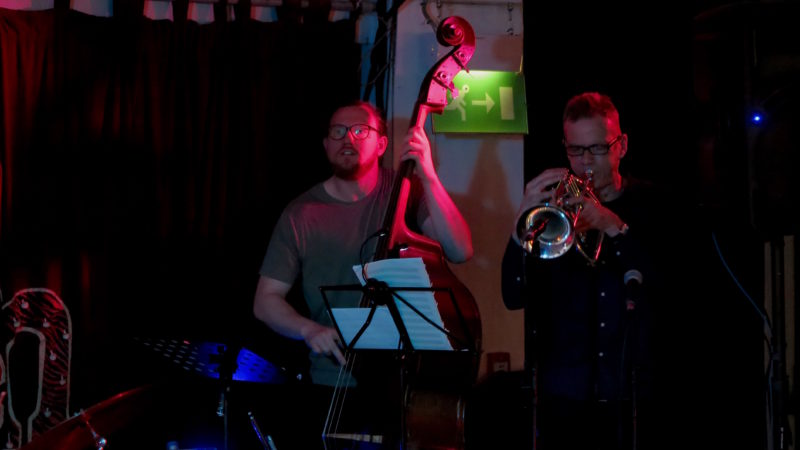 Being usually associated with alto sax meant that Sophie’s choice of tenor gave an interesting new voice to her playing, the mellower tone also reflected in Pete’s consistent use of flugelhorn and frequent deployment of the flowerpot-like bucket mute. The two horns came together perfectly on Ulrike’s Dance, a soft-sounding folksy ballad by Norwegian musician Trygve Seim that established a richly toned melodic unison of sax, horn and bass over a tidal wash of cymbals before Chris’ lyrical solo made the most of the tune. Similar unison passages punctuated a measured version of  Wayne Shorter’s Tom Thumb, though this was distinguished by a thoughtful sax solo that carefully unpicked the number with just the occasional flourishes of boppery to suggest the restraint involved. 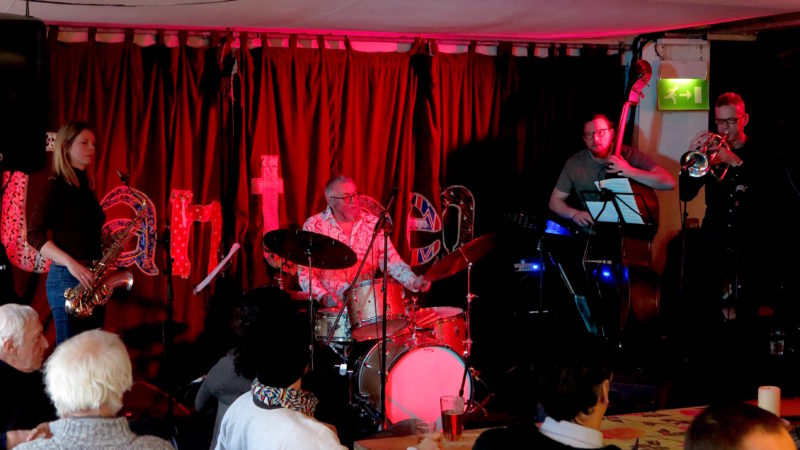 These more careful arrangements were balanced by other free-er treatments such as Don Cherry’s Mopti (a nod to Pete’s earlier, pre-Get The Blessing career) that allowed a more confident sound to flourish as the players threw ideas at each other, the rattling drums and wonky harmonics eventually settling into something almost Ethiopian in its groove. Even better was Blues for Charlie, Joshua Redman’s tribute to the great Mr Parker, which launched Sophie into a fine stretching-out solo, egged on by pumping bass and drums. 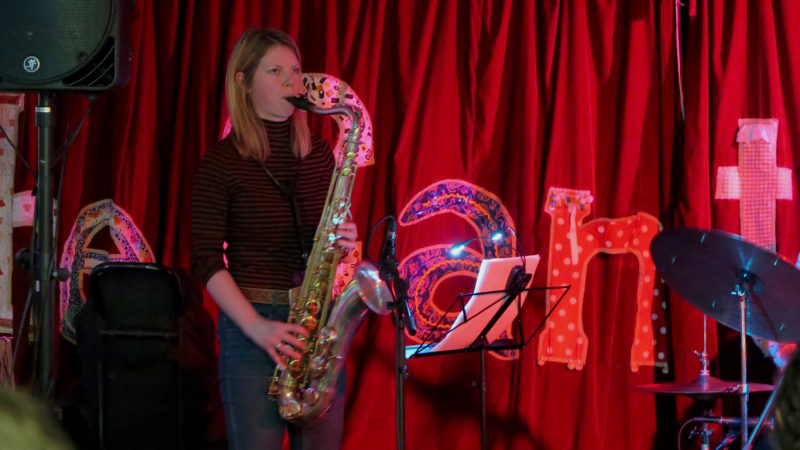 The forceful Rollins-esque touches of that improvisation were a bit of a revelation to anyone used to Sophie’s alto playing and maybe gave the answer to that USP question: perhaps the point was to create an interesting musical environment to see where the tenor sax takes her? Whatever, on this initial showing Orphic should become a reliable source of entertainingly classy jazz … just don’t expect Vivaldi trio sonatas any time soon.