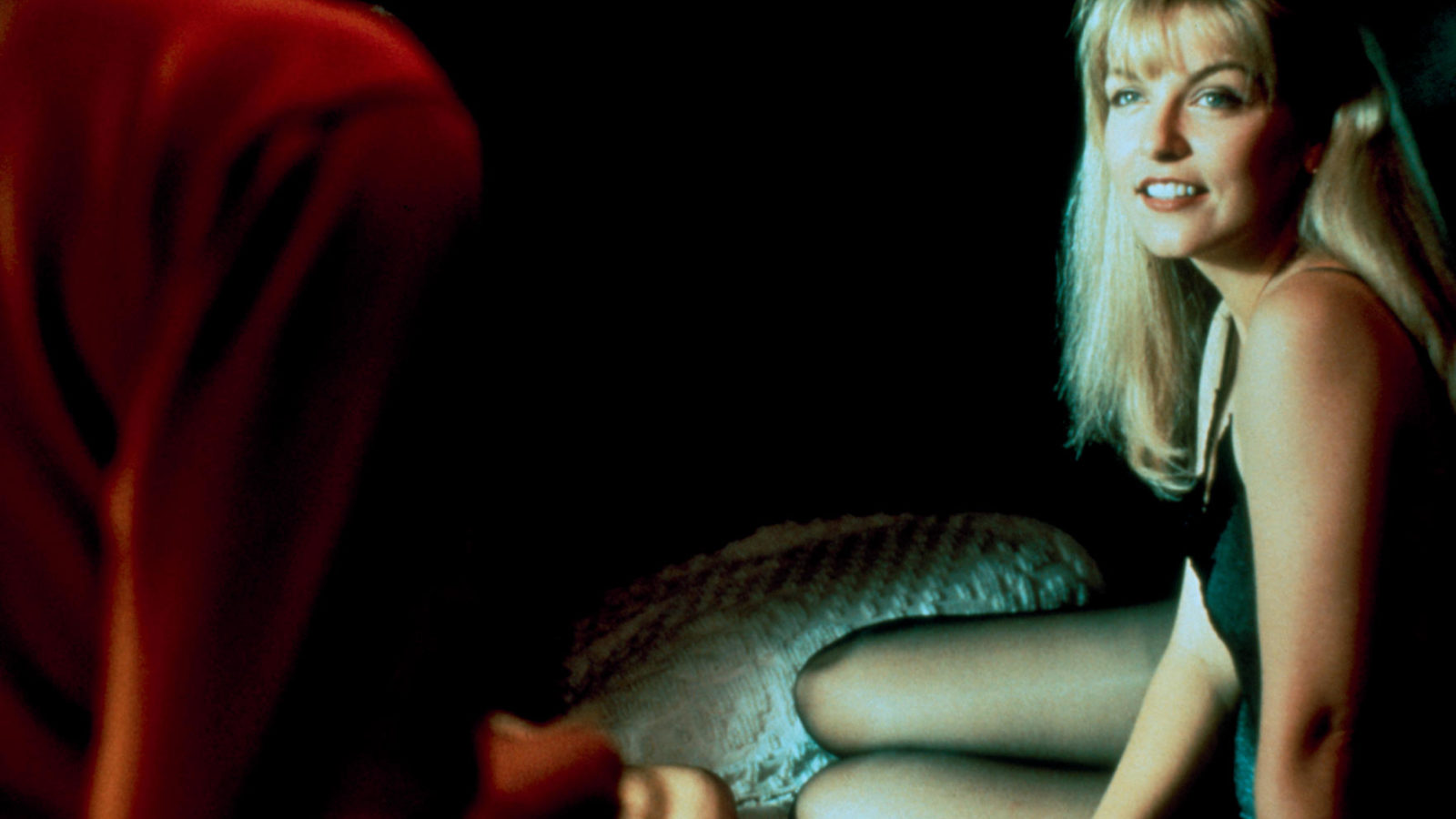 1994. Quentin Tarantino unleashes Pulp Fiction, Nelson Mandela becomes the first black president of South Africa, Jeff Bezos founds a company called Amazon, John Major is Prime Minister, and Brexit (more of which later) is just a pipe dream among members of the swivel-eyed community. Here in Bristol, a new film festival enjoys a low-key launch. A collaboration between the Watershed and Bristol Cultural Development Partnership as part of that year’s 100 Years of Cinema celebrations, Brief Encounters is an ambitious attempt to create a UK audience for short films.

A quarter of a century on and no longer ‘Brief’, Encounters is established as a firm fixture on the international film festival circuit, attracting thousands of entries. This year, 273 films have been selected for screening in its Oscar and BAFTA-qualifying competition programmes from a record 4,200 submissions.

That 25th anniversary is not going to pass uncelebrated, with several programming strands offering the opportunity to party like it’s the 1990s. Courtesy of Compass Presents, David Lynch’s Twin Peaks: Fire Walk With Me returns for an immersive two-night stand in St. Werburghs’ atmospheric Boiling Wells Amphitheatre. Encounters also stages a takeover of the Watershed’s September Sunday brunch season to highlight alumni who’ve gone on to become celebrated feature film directors. Festival Director Rich Warren points out that there are more of these than you might think, from Andrea Arnold to Japanese animation master Hayao Miyazaki and Roma director Alfonso Cuaron. In fact, there are so many famous alumni that the festival has programmed an additional entire day of features by them on Sunday 29 September. 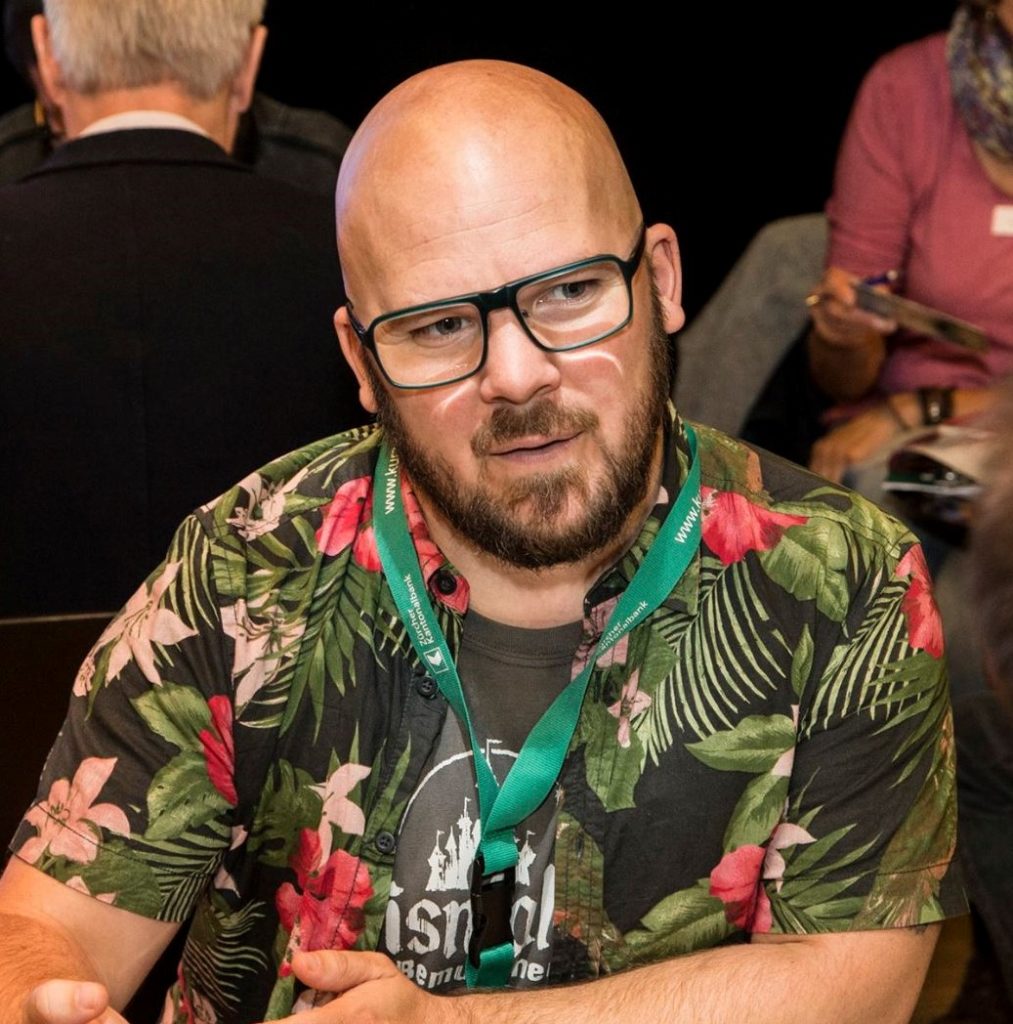 “Just ten years ago we were screening Denis Villeneuve’s Next Floor and he’s gone on to do Sicario and Blade Runner 2049. That year we also screened Taika Waititi’s Two Cars, One Night and now he’s directing Marvel films. Those are just two examples from a decade ago of people who are now considered at the top of their game. That’s one of the joys of the festival. What are the directors of our competition films going to be doing in ten years’ time?” 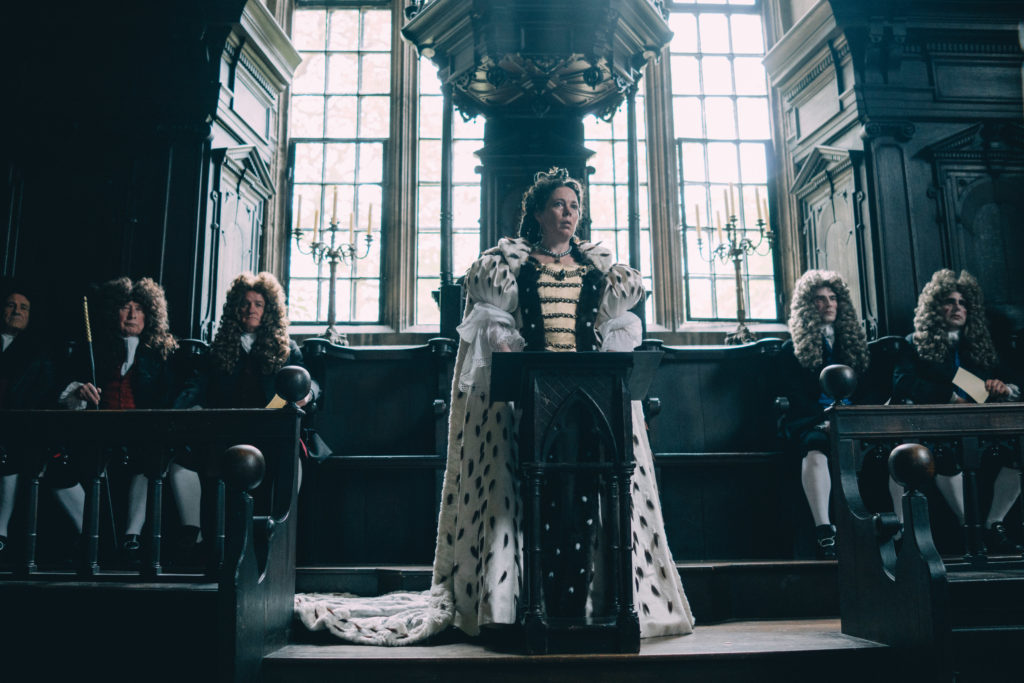 With nine short film programmes, six animation programmes and three cutting-edge VR 360 programmes on offer this year, there’s no shortage of choice in the competition selections. There are also the usual themed horror, science fiction and comedy programmes. Ever alert to emerging trends, Encounters has added – and, indeed, opens with – Great British Bangerz, which highlights up-and-coming UK comedians who are turning to short film as a medium for their talents. “We were going to call it ‘Coming to a Quiz Panel Show Near You’,” jokes Rich. 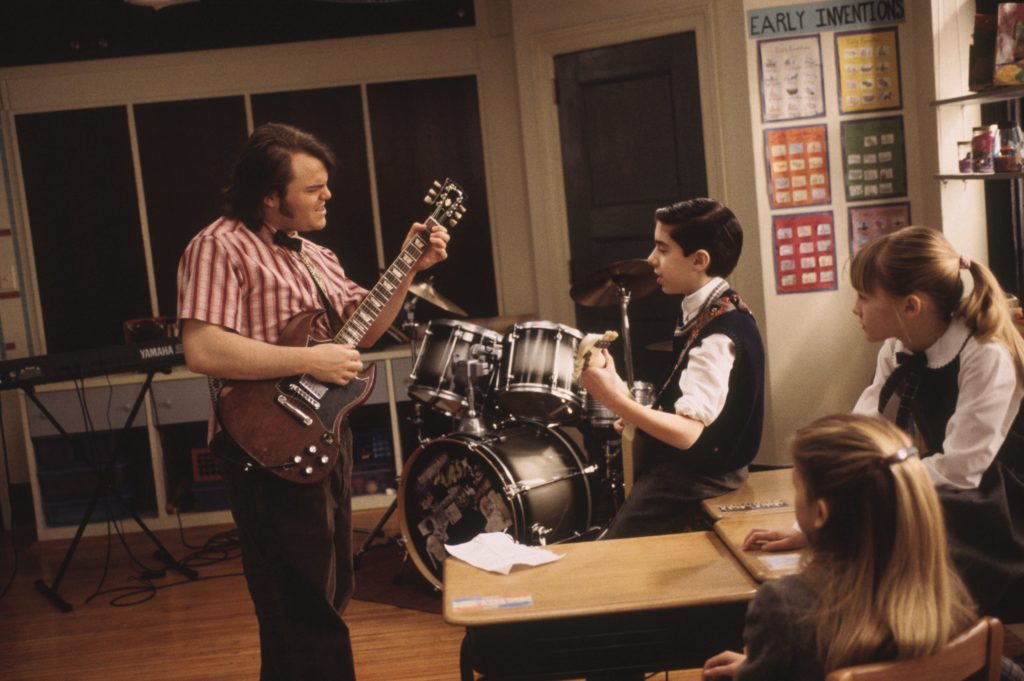 Richard Linklater’s School of Rock: screening at Encounters on Sunday 29 September. Linklater competed at the festival in 2004

Another tweak for 2019 is the rebranding of the Awards Ceremony as an Awards Party (‘ceremony’ sounds too stuffy). This has been shifted to the Colston Hall on Friday night, where it will be followed by DJ Yoda’s Tarantino AV spectacular. 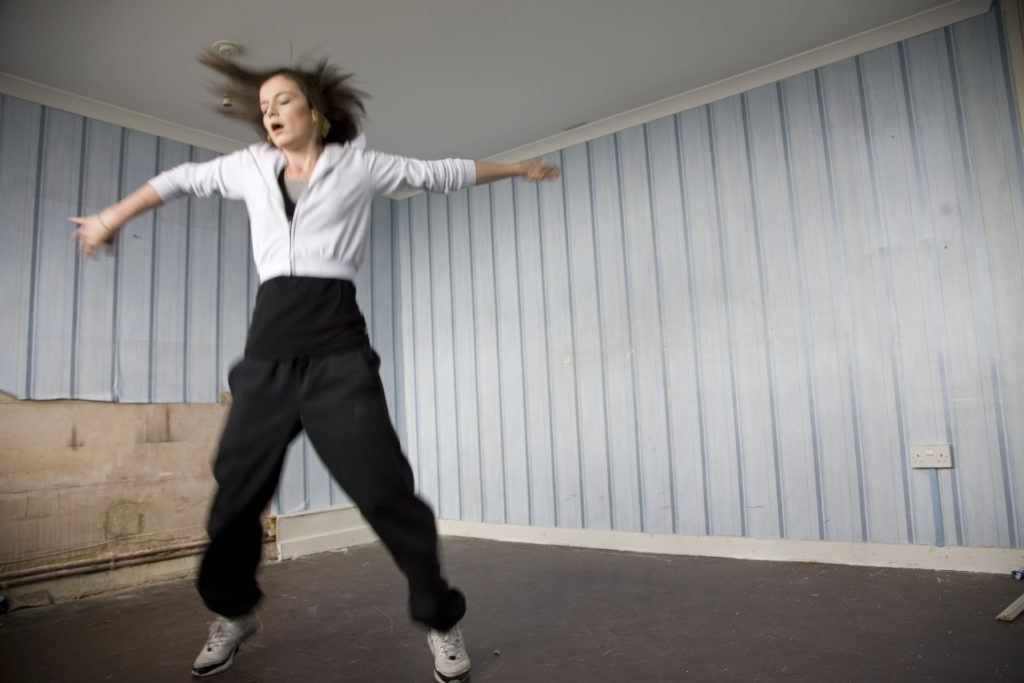 Andrea Arnold’s Fish Tank: screening at the Watershed on September 1. An Encounters regular, Arnold’s ‘Wasp’ played in competition in 2003 and went on to win an Oscar for Best Live Action Short Film

Of the festival’s staples, the Late Lounges are always among the most popular. The burgeoning ranks of the easily offended are advised to steer clear of these strictly adults-only selections, which underline the short film format’s role as a creative playground. With no financial backers or censors calling the shots, filmmakers can give free rein to their imaginations and get away with stuff that would be impossible elsewhere. But what about the audiences for these events? Where do their dark tastes lie? Rich has the answer. “We had two Late Lounges last year. One was a gross one and the other was a pervy one, for want of a better word. We found that people prefer to be pervy than to get grossed out.” 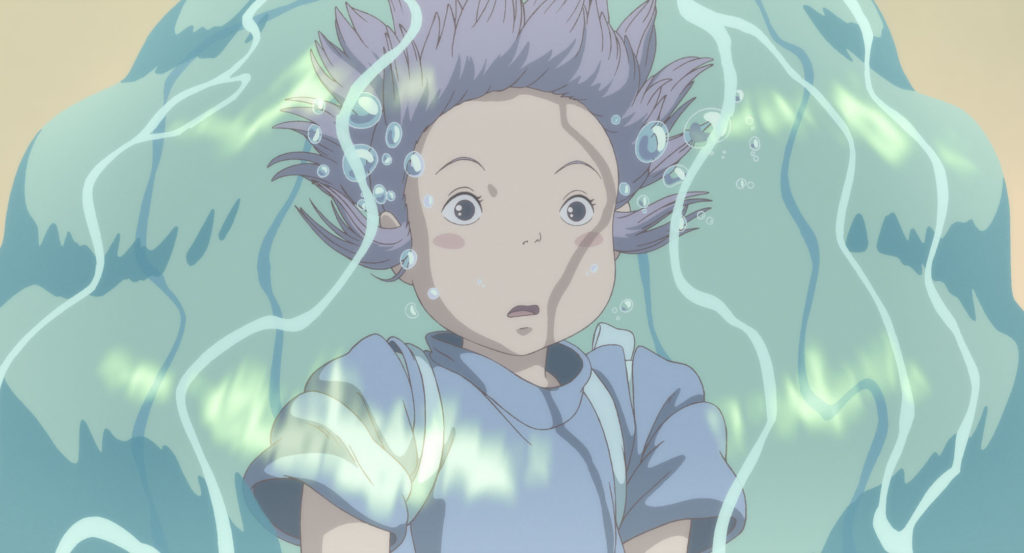 Hayao Miyazki’s Spirited Away: screening at the Watershed on September 8. You can also see his My Neighbour Totoro on September 29. Miyazaki was a guest of the festival at a special screening of Howl’s Moving Castle in 2005

It turns out that the festival rejects a lot of the sicko stuff. “You’re dealing with people who are developing as storytellers. They quite often mistake shock for drama. It just doesn’t work – it’s more unpleasant than shocking. And that’s not something we wish to inflict on any audience.” 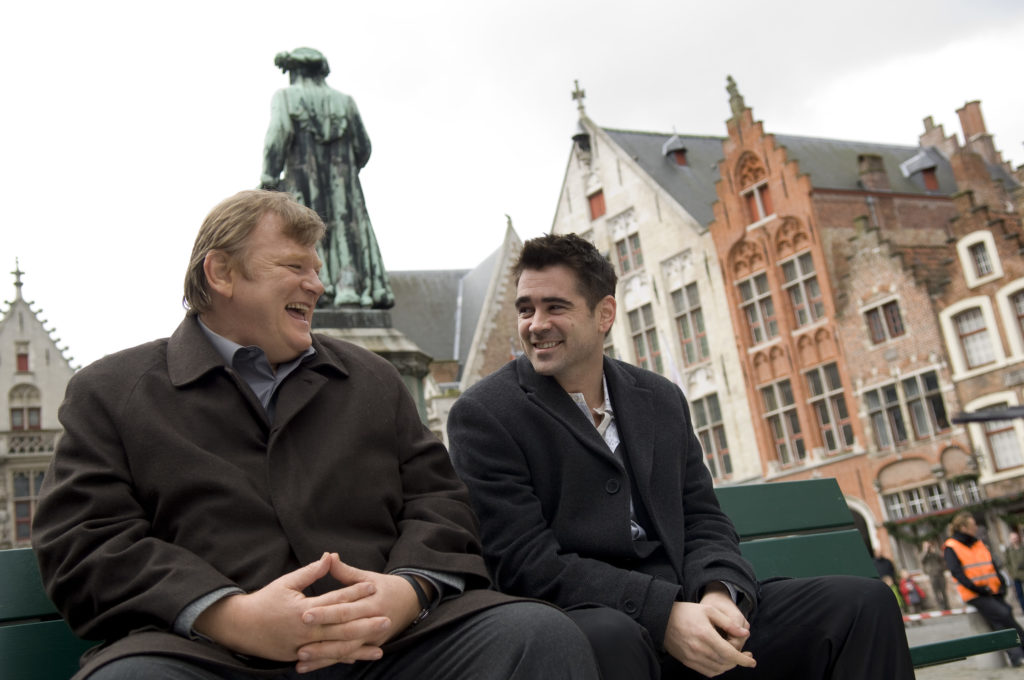 Martin McDonagh’s In Bruges: screening on Sunday 29 September. McDonagh’s Six Shooter played in competition at the 2005 festival and went on to win the Oscar for Best Live Action Short Film the following year

So here’s to another 25 glorious years. Except that there’s a worrying potential Brexit-shaped glitch on the horizon. Encounters is one of only two film festivals in the UK (the other being the Leeds International Film Festival) to receive funding from Creative Europe. “I spend more time now being a politician than being a festival director,” sighs Rich. “All the bluster about no deal is particularly worrying because Creative Europe is a membership scheme, which the UK government puts money into, permitting UK citizens to apply for funding. You can only apply if you’re from an EU country or have a trade agreement with the EU bloc.” 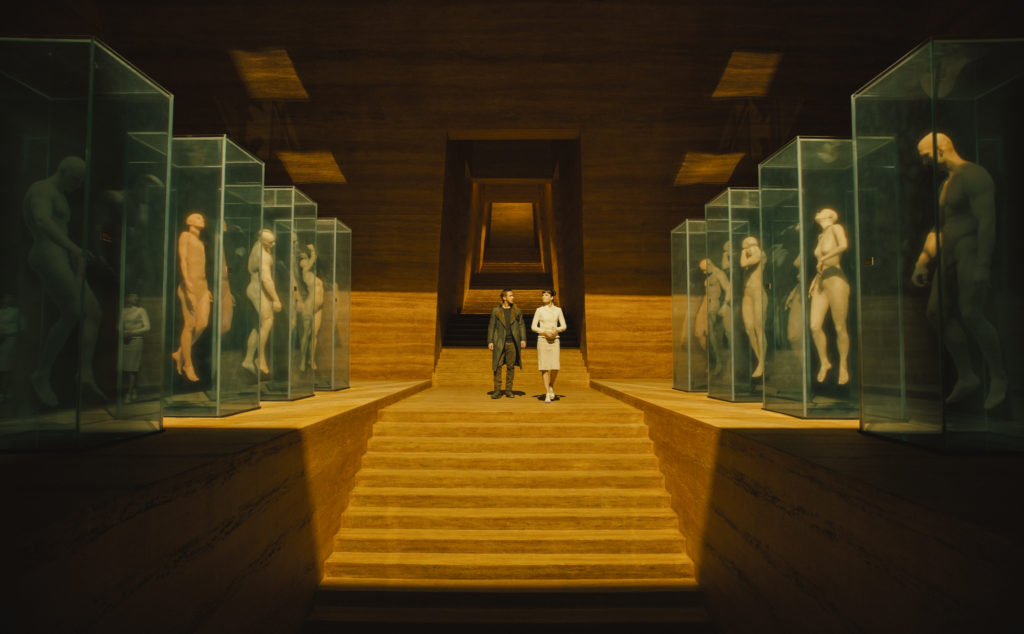 Blade Runner 2049: screening at the Watershed on September 22. Director Denis Villeneuve’s first short film, Next Floor, played in competition at Encounters in 2008 and his team turned up mob-handed to support it

It’s important not to exaggerate the potential impact. Encounters receives around 10% of its overall funding from Creative Europe and would not fold if that money were to be withdrawn. Far more damaging, perhaps, is how perceptions could change in the event of no deal. Encounters is a proudly global festival, attracting entrants and audiences from all over the world. If that welcome is replaced by a bunch of blustering Little Englanders flashing V-signs across the channel as they pull up the drawbridge, one can hardly blame them for staying away in future.

Spike Jonze’s Where the Wild Things Are: screening on Sunday 29 September. A number of Jonze’s shorts have been screened by Encounters over the years. He was also the subject of a retrospective programme in 2011

“It’s a question that I get asked regularly when I go to international festivals,” acknowledges Rich. “Everyone wants to talk about Brexit. We do partnerships with lots of other European organisations and there is a reluctance among some of them to deal with us until we know what’s going on. You just have to carry on regardless in the hope that when something does happen it’s not going to be catastrophic.”