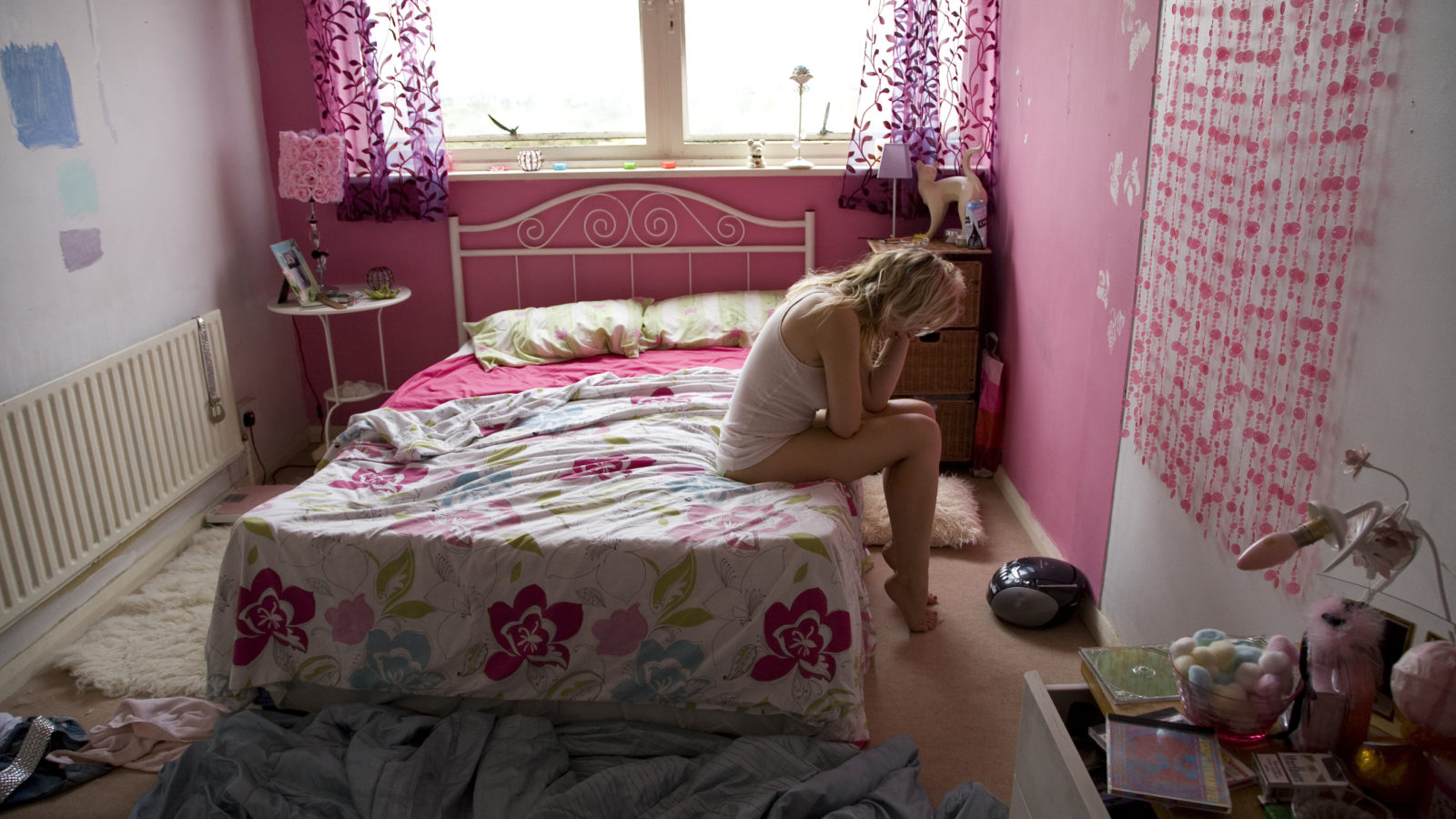 At first, you may find it hard to resist walking out of Red Road director Andrea Arnold’s lauded second feature. But what begins as a near-parodic social realist underclass drama with enough ‘cunts’ to make Danny Dyer blush and a repellent surly teen in full chav regalia (ponytail, hoop earrings, trakkie bottoms, hoodie) who bickers with her mouthy, sweary little sister (“If I’m a fuckface, then you’re a cuntface,” reasons the potty-mouthed sibling) soon ditches the clichés of arthouse miserablism and strikes out into new territory, becoming remarkably suspenseful and involving along the way as Arnold toys skilfully with our sympathies.

On a crappy Essex council estate surrounded by wild countryside, sullen, volatile, socially ostracised 15-year-old Mia (Katie Jarvis) lives with her hard-nosed single-parent slapper of a mother Joanne (Kierston Wareing), lippy little sister Tyler (Rebecca Griffiths) and the family pooch, Tennents. As you might expect of an environment where pets are named after a brand of cheap supermarket lager, Mia’s future seems bleak. Since this ain’t no fantasy rags-to-riches tale, her dreams of escape through dance are not likely to come to much. Enter mum’s new boyfriend, charming Irishman Connor (Michael Fassbender, then hot from Hunger), who seems to shine a ray of light into all their miserable lives. He’s funny, attentive and supportive, giving Mia the kind of attention she’s never had before. Rather too much attention, in fact, as the sexual tension between them is obvious to all except Joanne. But Connor has a secret that we guess long before Mia does.

Newcomer Katie Jarvis is outstanding as the hard-to-like Mia, who never knowingly pronounces a consonant and hides her pent-up adolescent anger, confusion and vulnerability behind a wall of aggression, clearly learned from her mother. Fassbender, as you might expect, is equally mesmerising as the charismatic yet duplicitous Connor. Arnold directs with enormous empathy, insight and a sharp eye for mundane detail, never copping out with cheap sentiment and eventually unleashing a strikingly tense gut-punch of a third act in which it’s genuinely impossible to anticipate what’s going to happen next. Factor in the superb hand-held camerawork of Robbie Ryan, who’s equally adept at capturing cramped, rather squalid interiors, and wide open, yet often forbidding landscapes, and you’ve got a strong contender for an all-time-great British film.

Fish Tank is back on screen to launch the Watershed’s September Encounters Retrospective season, celebrating some of the short film festival’s most successful alumni. Andrea Arnold’s Dog (2001) and Wasp (2003) both played in competition at the festival, with Wasp going on to win an Oscar for Best Live Action Short Film. Andrea Arnold returned to the festival as a special guest for the 2009 edition. She has won the Jury Prize at Cannes an unprecedented three times.