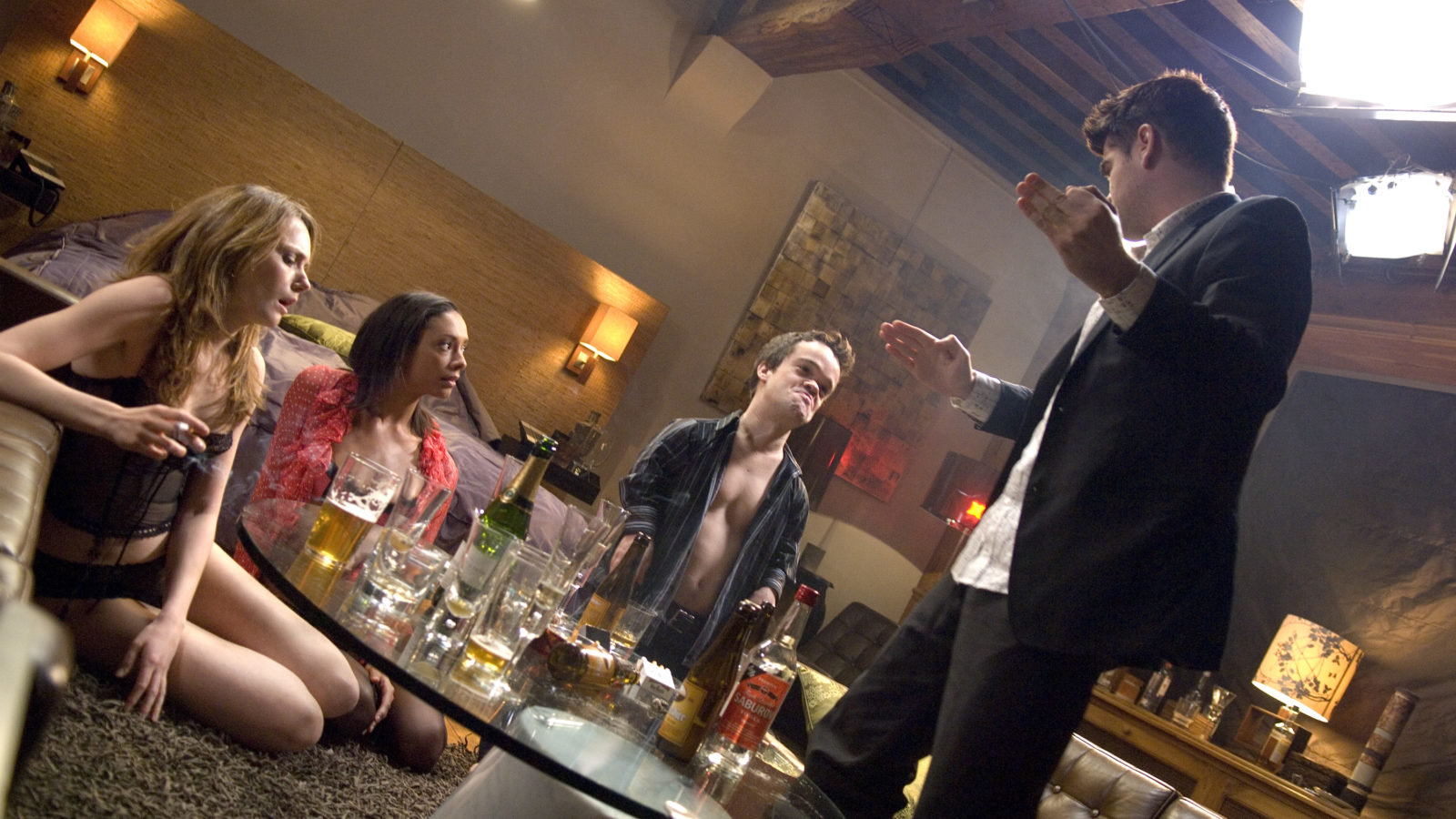 Superficially, 2008’s least enticingly titled film appears to be an entry in the era’s overpopulated faahking, caanting, gorblimey gangster cycle perpetrated by former public schoolboys and Nick Love, albeit with an Irish twist. Fortunately, playwright-turned-debuting director Martin McDonagh brings his trademark black humour to this splendidly non-PC, character-driven comedy-thriller, while Colin Farrell and Brendan Gleeson make an unexpectedly terrific double act. In the structure and profanity department, In Bruges owes a great deal to Sexy Beast (with a dash of Pulp Fiction), which is some recommendation, though an unconvincing Ralph Fiennes rather lets the side down in the Ben Kingsley role.

Bickering hitmen Ray (Farrell) and Ken (Gleeson) have been dispatched by their potty-mouthed boss Harry (Fiennes, unseen for about an hour) to cool off in Bruges after a job. Hotheaded Ray whinges constantly about having to stay in such a “shithole”, while his older and more cultured partner resolves to make the most of the opportunity to explore “the best-preserved medieval city in Belgium”. Their relationship oscillates between that of an old married couple and an exasperated father attempting to rein in his wayward, philistine adolescent son, as Ray repeatedly gets into trouble, especially with American tourists, whom he teases for being fat and wallops when they try to stop him smoking (“That’s for John Lennon, you Yankee fucking cunt!”). He’s also filled with childlike delight when he stumbles upon the set of a crappy European art movie starring an unpleasant dwarf (“Look – they’re filming midgets!”), where he meets the alluring Chloe (Clemence Poesy, sweet Fleur Delacour from the Harry Potter flicks), who is not as innocent as she seems.

Along the way, we learn that they’re here because Ray managed to kill a child as well as his target, a Catholic priest, which is causing him considerable torment beneath that outward display of bravado. Ken’s suspicion that Harry has another job lined up for them in Bruges also proves to be correct, but more than this it would be unfair to reveal. Jordan Prentice contributes a tremendously game performance as the whoring, ketamine-impaired, racist dwarf (“You don’t know how much shit I’ve had to take off black midgets, man”), while McDonagh’s expertly crafted sweary dialogue should keep the uneasily-offended guffawing all the way to the inevitable climactic shootout.

It’s back on screen as part of the Encounters festival’s full day of features by some of its most famous alumni. McDonagh’s Six Shooter played in competition at the 2005 festival and won the Academy Award for Best Live Action Short Film in 2006.