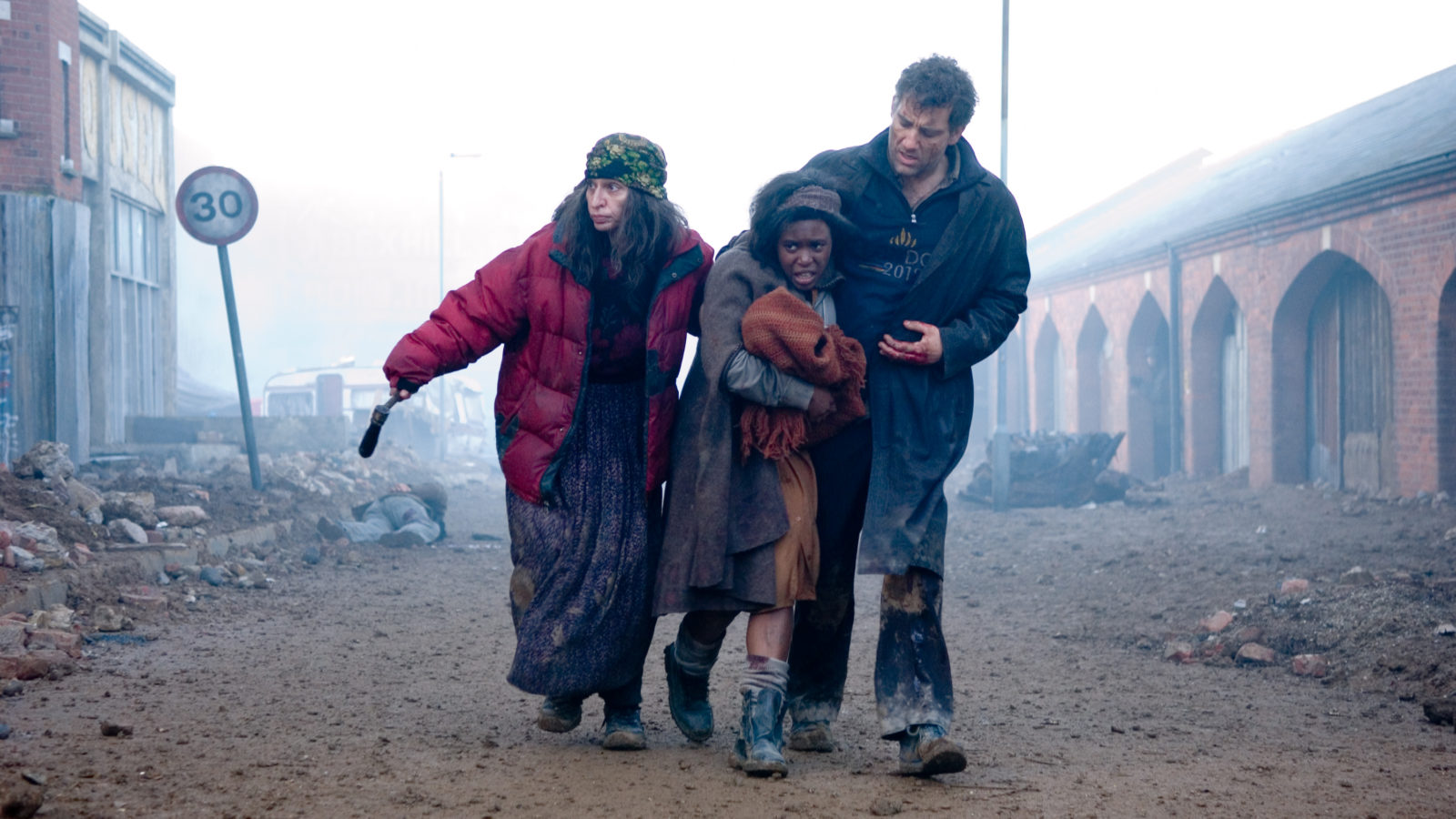 Britain, 2027.  An oppressive government is ineptly but brutally cracking down on a violent rebel faction, the Fishes.  And no babies have been born for eighteen years.  Ex-radical-turned-government-plodder Theo (Clive Owen) is bullied by Julian (Julianne Moore), his ex-lover and head of the Fishes, into securing a travel pass for Kee (Clare-Hope Ashitey), a young woman who turns out to be miraculously pregnant, so she can be passed off to a shadowy scientific group who want to save humanity. There’s a collision of temperaments at the heart of Children of Men. P.D. James’s original novel is a by-the-numbers dystopia with third-hand ideas and a too-heavy dollop of Christian symbolism, but Alfonso Cuaron’s film treatment is abuzz with cutting edge excitement, good performances and daring cinematic coups. It’s not quite enough to fix all the problems of the source material: the global infertility plot hinge is basically a magic curse from God, and severely hampers the story’s credentials as science fiction, and many elements of the miserable future on offer are familiar from A Clockwork Orange, 1984, Brazil, and every other things-are-going-to-get-worse story ever told.

Children of Men is back on screen in the Watershed’s September Encounters Retrospective season, celebrating some of the short film festival’s most successful alumni. Two-time Oscar-winner Cuarón spent much of his early career making shorts, and Encounters screened a number of them over the years in retrospective, including Quartet for the End of Time (1983).