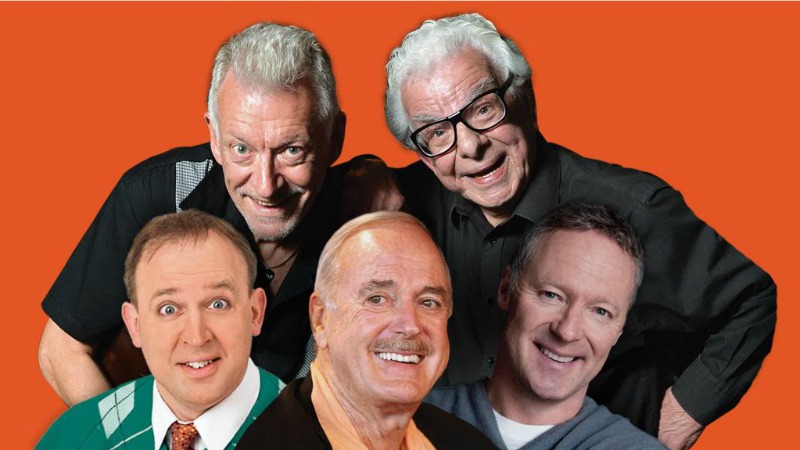 The material was old and familiar, as the audience expected – with the exception of Bremner, whose sharp, spot-on ridicule of the American election campaign was hilarious. It’s a great time to be a political satirist and impersonator.

We also heard from hits from old favourites The Rutles; Barry Cryer sang some wonderfully comedic blues about the pitfalls of ageing (for 81, he’s doing OK!), and we heard some always hilarious puns from Tim Vine, before Cleese came up and did his thing.

To me, the whole performance had a slightly eerie feeling, being surrounded by my parents’ generation laughing at jokes and sketches I’d heard second-hand so many times. Seeing Cleese in person with those mannerisms so recognisable from TV (and Dad’s impressions) felt very strange and oddly comforting. It made me feel like a child again, and it was clear from the happy laughing faces as I looked back in the crowd that everyone was immersed in a camaraderie and nostalgia that was very touching.

The performances were certainly of a time – but, in the main, still very funny. All the performers are such national treasures that there was a very British family feel and innocence to the show that modern comedy somehow doesn’t evoke. It’s like listening to songs from the 50s, with that innocence and lack of guile to their lyrics.

Bremner bought a freshness to a show of well-loved favourites, and all the performances earned lots and lots of laughs. It really was a gem of a line-up. My old pa will be very jealous.